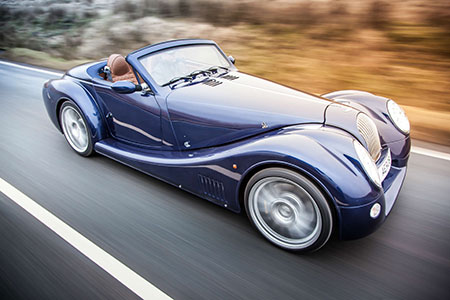 After 15 years of having launched its first model, the British brand Morgan has unveiled its renovated Aero 8, the fifth generation according to the label, which debuted at the 85th edition of the Geneva International Salon.

With an aluminum body, 4.8-liter engine and six changes of speed (manual or automatic), Morgan's new car has a convertible car inspired by sixties design.

Production of Aero 8 2015 will begin later this year and a limited number of units will be built, to be defined. Morgan says that each of them will be a one-off due to the multiple possibilities depersonalization and custom manufacturing.