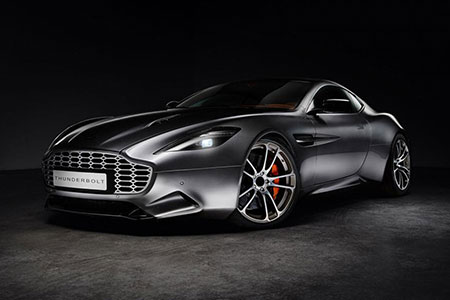 The prototype 'Aston Martin Vanquish Thunderbolt' has a powerful V12 engine, a carbon fiber chassis and a modified front and rear deck with panoramic roof and alloy wheels of 21 inches. The suspension has been modified and may now be the lowest of the car market.

Furthermore, this car will be the first to have an independent curved 1.6-inch touch screen, visible without glare from any angle.

It is not yet known whether this prototype designed by Henrik Fisker will go out to the market.