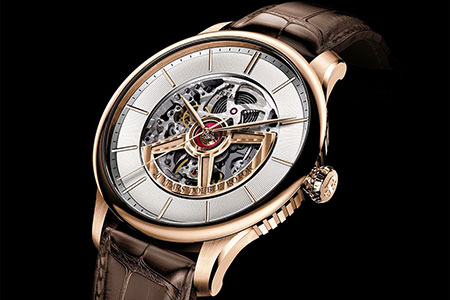 On the occasion of the 20th anniversary of its emblematic watch Double Rotor, Perrelet watches brand unveiled to the public the First Class Double Rotor Skeleton Watch.

The new anniversary collection First Class Double Rotor Skeleton, will be limited to 250 pieces for steel version and 77 pieces for its decline in pink gold.

True to the original model, caliber manufacturing Perrelet P-481, has preserved the visible ruby in its center to provide an intense touch to the whole.