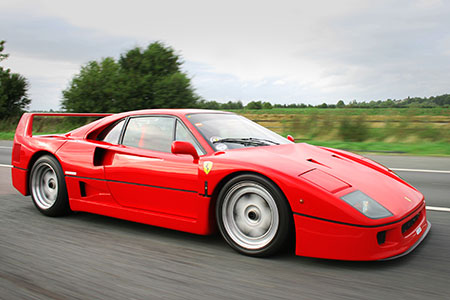 The auction house Coys broke sales records of car auctions, selling a Ferrari F40, which was sold for 1.2 million dollars (1.12 million euros), the highest value to date of which should take record.

First introduced in 1987 to honor the 40th anniversary of Ferrari, the F40 is considered one of the models 'special series' Italian brand.

During its heyday was worthy of other records, including the fastest, most powerful and most expensive car Ferrari.