A new Audi for Le Mans 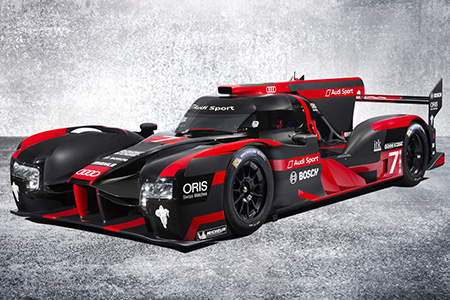 Audi has created a new car for the Le Mans competition, this new automobile has already generated expectations toward its 2016 performance. This a new model with a hybrid system -it has lithium batteries- that is supposed to be an evolution of the R18, it’s said it shall be more potent and sportive.

The only thing certain up ‘till today, is that this new Audio owns a completely renovated motor. It will be one of the only two vehicles, for both Audi and Porsche, as the Le Mans 24 hours.

By April 2916, the FIA World Endurance Championship in Silverstone, England, will take place; later, a confirmation date for Mexico will be set, tentatively, September the 4th. We can’t wait to see this fierce competitor in action, since it left much to be desired in 2015.