The best auction is preparing its engine 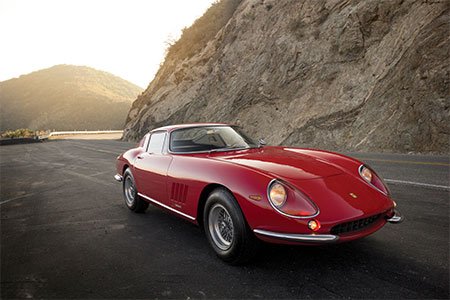 British auction house Bonhams is gearing up for the sale of classic cars and motorbikes at the Grand Palais museum this Thursday, February 4. In its sixth year, the auction is expected to fetch millions of dollars where German and Italian models may garner the highest bids. Listed with the highest valuation as the top lot is the 1966 Ferrari 275 GTB Berlinetta. Those looking to own a model that was developed closely by Enzo Ferrari himself can expect to begin their bid at $2.7 million.

A total of 250 lots will be up for auction, with 133 cars and 54 motorbikes, including 18 rare Italian motorbikes from the Stockholm Motorbike Museum in Sweden. All of the vehicles for sale will be on show at the Grand Palais exhibition center in Paris on Wednesday, February 3, from 9 am to 5:30 pm and on Thursday, February 4, from 9 am.

The Bonhams auction is being held at the Grand Palais, Paris, on Thursday, February 4, 2016. Visit the Bonhams official website for more information.