The James Bond´s Aston Martin DB10 was auctioned for 3.15 million € 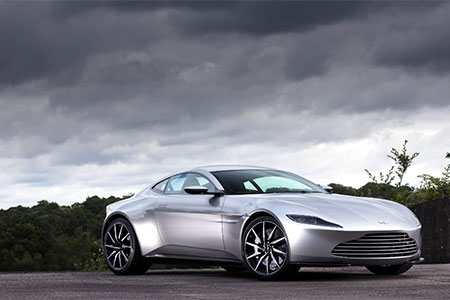 Spectre, the latest James Bond film, probably is the last with Daniel Craig as James Bond, in fact, the actor said that it is.

Well, the Aston Martin DB10, manufactured exclusively for the James Bond lastest film, has just been auctioned for 3.15 million €.

Not bad for the car of James Bond, of t-h-i-s James Bond. Nevertheless, the car does not have the certifications to be run on tracks and roads, so it must be certified to be driven by the owner, who may -at some point- run it at speeds exceeding 300 km per hour.

It is worth mentioning that this Christie's  auction model is the one created for the film which has a plaque signed by Craig, since it was exhibited at the world premiere of the film at the Royal Albert Hall in London.