We remember the first super-sportive in history: Lamborghini Miura 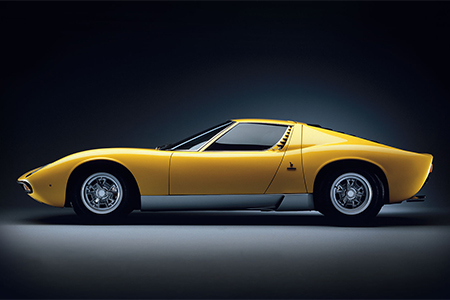 Lamborghini Miura just turned 50 years old in November 2015 and it’s worth to commemorate the first two-seat car that jump started the Italian firm that has given us models like Diablo, Countach, Murciélago or Aventador.

In 1966, after presenting its chassis for the first time in the Turin Salon 1965 –initiating the true rise to success of Lamborghini-,the V12 engine of Miura began to start it’s evolution and fame, which would summit with movie apparitions and achievements that would turn it into a legend.

Fun fact? the classic movie of 1969 “The Italian Job”, has an initial high impact scene which fed the fame of the legendary vehicle which is worth admiring, although for lovers of Lamborghini it’s not simple...we invite you to know why.