Porsche 919 Hybrid gets 320 km/h at the Mulsanne Straight 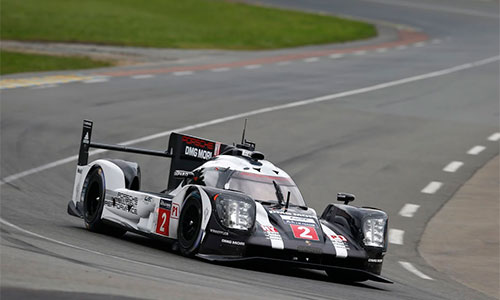 The 24 Hours of Le Mans 2016 was the opportunity where the Porsche team tested during rehearsals his two 919 Hybrid in the Sarthe circuit for the marathon will be held on 18 and 19 June.

The 13,625 Km of the route includes 9.2 Km of a public road and is in this stretch, in the Mulsanne straight, where the prototype reached the 320 km/hour. Mark Webber set the fastest lap aboard the Porsche 919 Hybrid shortly after noon on Sunday June 5th, when the stopwatch stopped at the 3:22,270 minutes.

Fritz Enzinger, Vicepresident of the LMP1 project, which derives this hybrid model, said: "Return to Le Mans after the great success of the previous year is very special for us. Together with our strength test performed in Aragon (Spain) today (Sunday) we had no mishap during the testing. When looking at the timesheets we can ensure that we will have a very exciting weekend. The first four cars are separated just by 1.2 seconds in this route of 13.6 kilometers -that reaffirms what we have been saying since the beginning of the season: our rivals have closed the gap we had, and this is especially true for Le Mans."