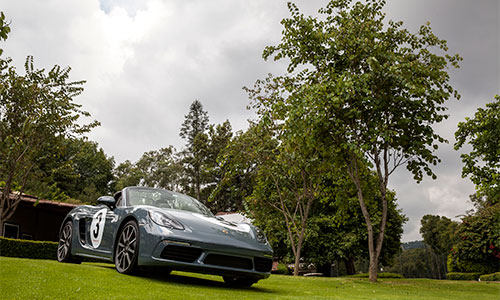 On Thursday June 23 2016, Porsche of Mexico are introducing their new convertibles 718 Boxster and 718 Boxster S -both with a four cylinders boxter engine-, which in addition to the new name with three digits are now more powerful.

Edgar Casal, Director of Porsche Mexico, said: "the 718 Boxster is the best way to enter the Porsche two-door sports world, as well as providing a driving superb handling in its segment it has the advantage of being convertible".

According to a press release by Porsche, with the launch of the 718 Boxster new generation, is being integrated again a Boxter four-cylinder engine in a sports car for the first time since the 70s, when the legendary models that inspired this version revolutionized the world of Porsche.