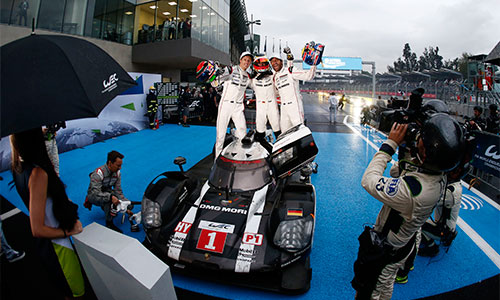 By winning the race, Porsche, with the 919 Hybrid, extended their lead in the manufacturer standings of the FIA World Endurance Championship.

Since its debut in 2014, the innovative Porsche 919 Hybrid prototype has achieved 11 victories, of which four have been this season, including the 24 Hours of Le Mans. For Bernhard / Hartley / Webber it is the sixth success in the WEC.