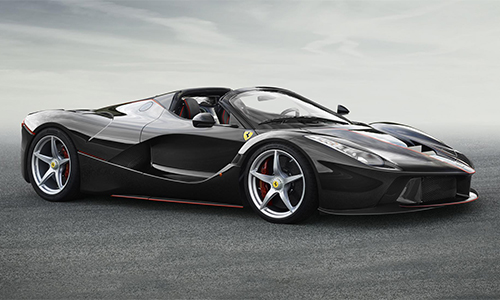 Ferrari, the sports automotive company based in Maranello, has revealed their new model: LaFerrari Aperta. Only 200 copies were manufactured and it is already sold out, even before the official presentation.

The new sports car, which will be launched next year as part of Ferrari’s 70th anniversary, features a V12, supplemented with an electric engine, which makes the model the first hybrid by the Italian company.

With 950 horsepower, LaFerrari Aperta reaches 62 mph in less than three seconds and a 217 mph top speed.

“For us, this limited edition is a way to compensate or most loyal clients. It is absurd to think that 200 people bought this car before they have even seen it. They had faith,” said Enrico Galliera, Chief Marketing and Commercial Officer.