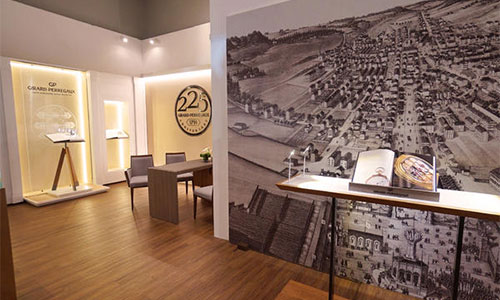 To celebrate their 225 anniversary and as a tribute to the deep ties between Girard-Perregaux and Mexico, the Swiss watchmaker exhibited two watches related to Mexican history at the Salón Internacional Alta Relojería (SIAR).

The first is a pocket watch that used to belong to Porfirio Díaz called La Esmeralda. It was acquired by the company’s co-owner Jean-Edouard Friedrich from Diaz’s descendants. La Esmeralda is currently the biggest attraction at the Girard-Perregaux Museum. The pocket watch was exhibited alongside its new 2016 wristwatch edition: The Esmeralda Tourbillon with Three Gold Bridges.