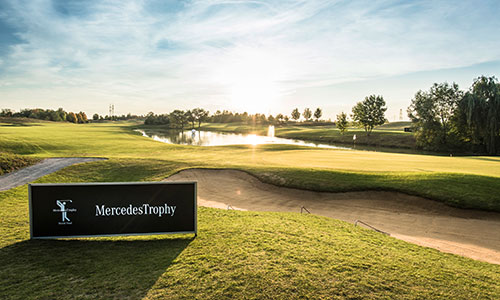 Mercedes Trophy celebrates 20 years of trajectory. And Mexico has participated in 15 editions, becoming an indispensable platform for the international development and representation of Mexican golfers.

Mercedes Trophy 2017 consists of eight stages in different venues of the country. The national calendar began on April 28 in Cancun, and will end at the Hard Rock Golf Club Riviera Maya on August 25, 16 and 27. This year, the Women’s Category has been announced as “She’s Mercedes.”

60 countries are competing in the tournament, in 8 stages as well, and around 60,000 players are expected to participate. The champions in each country will be the stars who will compete in the Mercedes Trophy World Final, scheduled to take place on October in Stuttgart, Germany. Additionally, in each stage of every country, there will be a prize for the one who achieves a Hole-in-One: the latest model Mercedes-Benz E 200 2017.

Mercedes-Benz is sponsor of important and renowned golf tournaments at an international level: the Masters, the Open and the PGA Championship, and more.