British Airways, There Are No Limits to Excellence 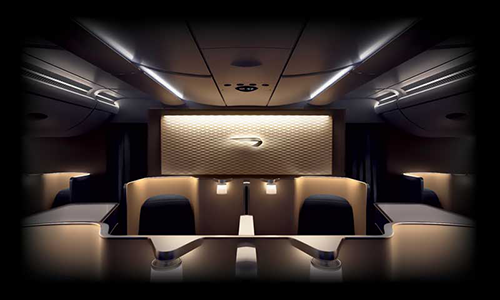 British Airways transports nearly 40 million customers a year and has a fleet of more than 280 airplanes.

Recognized as a premium airline service globally and as the largest international operator in the UK, British Airways is investing £5 billion on new aircrafts, smarter cabins, elegant living rooms and new technologies to make life more comfortable in the air and on land. In addition, they are investing £400,000 in Club World aiming to improve food service and rest aboard as well as creating a new seat in the future.

Travelers in the Club World cabin (business) have the opportunity to sample Sir Winston Churchill's favorite wine, Graham's Six Grapes, which exquisitely complements the selection of desserts and cheeses on the menu.

British Airways has also announced that it will launch a new restaurant-style dinner service at Club World in the fall of 2017.