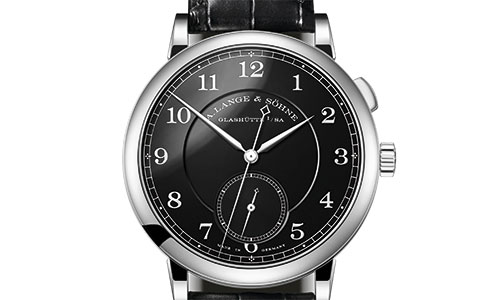 Watchmaker Walter Lange, responsible for the 1990 rebirth of A. Lange & Söhne, passed away on January 2017, on the morning of the second SIHH day. Now, a year later, the brand pays tribute to his memory with the new 1815 "Homage to Walter Lange," a timepiece that reflects Lange’s intention and personality.

The 1815 "Homage to Walter Lange" comes in a 40.5mm, stainless steel case, a material which A. Lange & Söhne has reserved for only a very few exclusive and special timepieces. One of its stand-out technical features is the jumping seconds complication, which does not divide the second into a number of steps depending on the balance frequency, but instead treats it as a coherent unit of time. A pusher at 2 o'clock starts and stops the sweep seconds hand.

The watch is unique and will be auctioned for charity to honor Walter Lange’s known philanthropy. Limited editions in yellow, white and pink gold will also be available.

"The best way to honour Walter Lange is to assure the continuity and the ongoing development of the company that he founded – in the way that he would have envisioned it." - Lange CEO Wilhelm Schmid