The New Porsche Cayenne Turbo Was Presented in Mexico 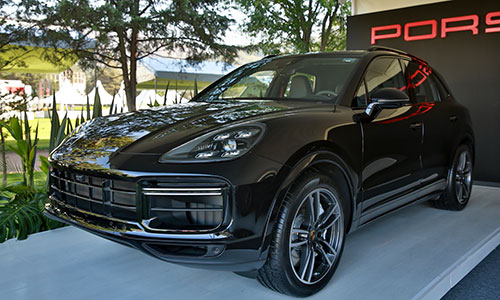 The new Porsche Cayenne Turbo was presented during the thirty-second edition of the Great International Elegance Competition in Huixquilucan (State of Mexico). The Turbo version offers versatility coupled with typical Porsche performance; it is outfitted with the new eight-speed Tiptronic S gearbox, the innovative Porsche Advanced Cockpit control concept, along with its 12.3-inch high-definition touchscreen, and is equipped with a 4.0-liter twin-turbo V8 engine offering 550 hp.

“2018 has been a year of big launches in our country; to date we have presented the 911 GT2 RS, the Panamera Turbo S E-Hybrid, and the 911 Turbo S Exclusive Series; as well as Cayenne, Cayenne S and today we get to present the new Cayenne Turbo exclusively.” - Edgar Casal, General Director of Porsche de México.