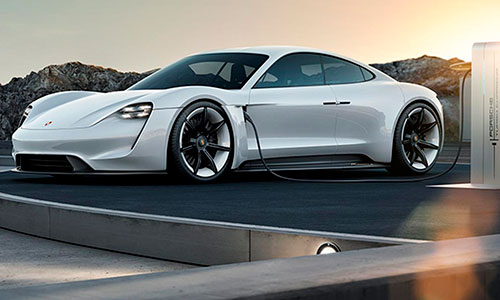 Porsche heads into the future of electric vehicles with the previously known Mission E concept, now called Taycan, which will go into series production next year. The new name was announced as part of the “70 years of sports cars” ceremony.

The vehicle is powered twin permanently excited synchronous motors, reaching 100 km/h in under 3.5 seconds, and 200 km/h in under twelve seconds. Such performance is unprecedented for electric vehicles.

“Our new electric sports car is strong and dependable; it’s a vehicle that can consistently cover long distances and that epitomises freedom.” - Oliver Blume, Chairman of the Executive Board of Porsche AG.