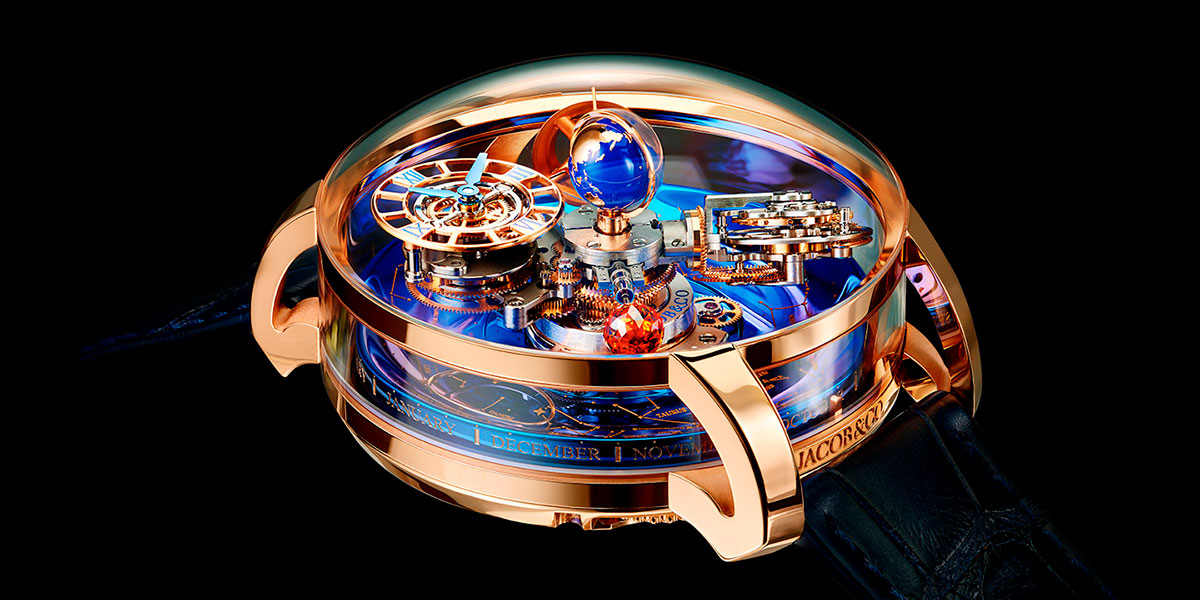 Jacob & Co. launched the Astronomia Sky as a follow-up of the Astronomia Gravitational Triple Axis Tourbillon, released in 2014, taking it a step further by introducing a more challenging complication: the sidereal display in three dimensions combined with an oval sky indicator and a 24-hour day and night display.

The Astronomia Sky features four satellite arms, which rotate around the dial every 20 minutes, so when you look at the watch, it will never appear exactly the same. The first is the triple axis gravitational tourbillon, which rotates on one axis in 60 seconds; the second is the time (hours and minutes) subdial; the third satellite is the Orbital Second Hand; finally, the fourth satellite is the patented “Jacob Cut” red moon—a spherical orange sapphire with 288 facets. This sapphire, the first of its kind in the modern jewelry industry, rotates on its axis every 60 seconds and turns around the dial every 20 minutes.

The Astronomia Sky is powered by the JCAM11 Caliber, which comes in a 47mm 18k Rose Gold Case. The watch is a Limited Edition of 18 pieces.

“As a sailor heading toward the seas driven by the celestial vault, I found my star: the Astronomia Sky.” - Jacob Arabo, founder of Jacob & Co.