A species competing to survive.

The Iberian Lynx (Lynx pardinus) is catalogued by the World Union for Nature (UICN) as the most threatened feline in the world.

Today 36% of the species belonging to the Carnivora order are in some status of conservation, due mainly to anthropogenic activities, such as destruction and modification of their habitat, random hunting or irrational exploitation, which resulted in the diminishing of the number of specimens of the species considered predators.

The distribution of the lynx is being restricted mainly due to the degradation of the natural resources. Activities as the overexploitation of soil and the crop lands provoke a quick destruction and fragmentation of the habitat, being this the reason why the fauna populations, small as they are, find their numbers diminished, which can translate into a rapid extinction.

The World Wildlife Fund states that this feline only lives in the Iberian Peninsula where, according to the last census, around 320 cats are living in four populations: the one of Doñana, its surroundings and the population of Sierra Morena distributed in three nuclei; Andújar-Cardeña (Jaén-Córdoba); to which the recent populations of Guadelmellato (Córdoba) and Guarrizas (Jaén), created both in recent years with animals freed from other populations and in-captivity breeding centers, are added. 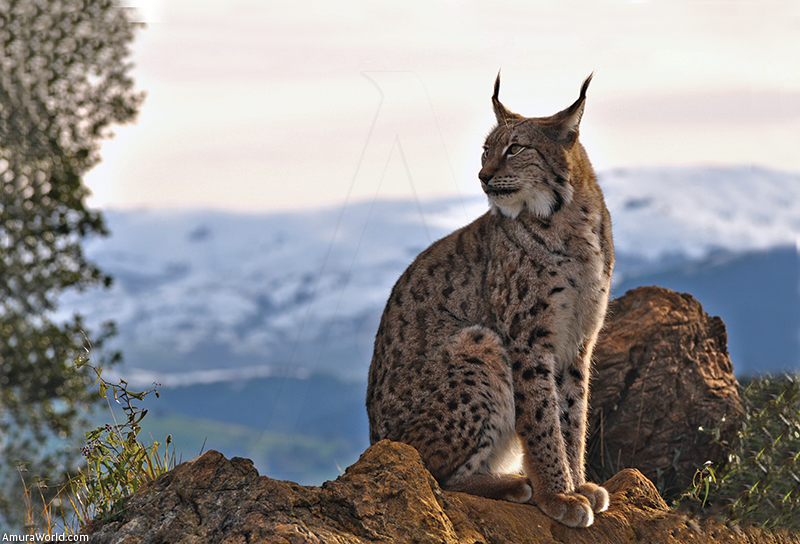 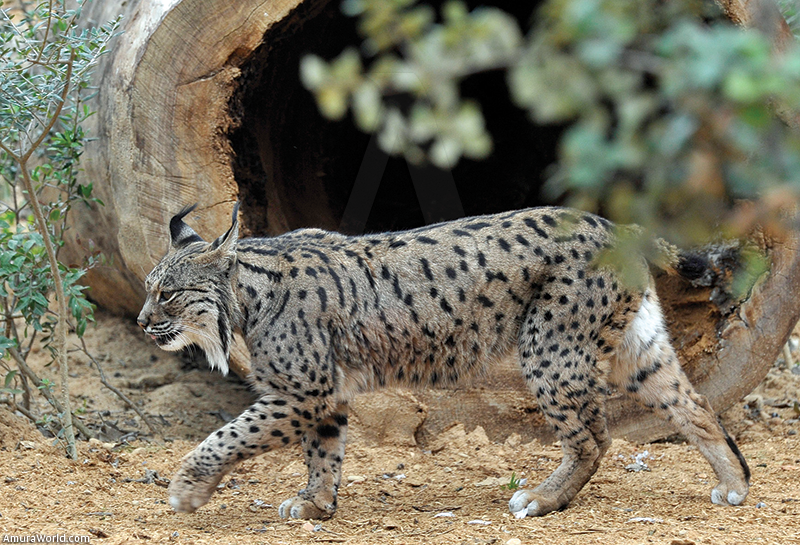 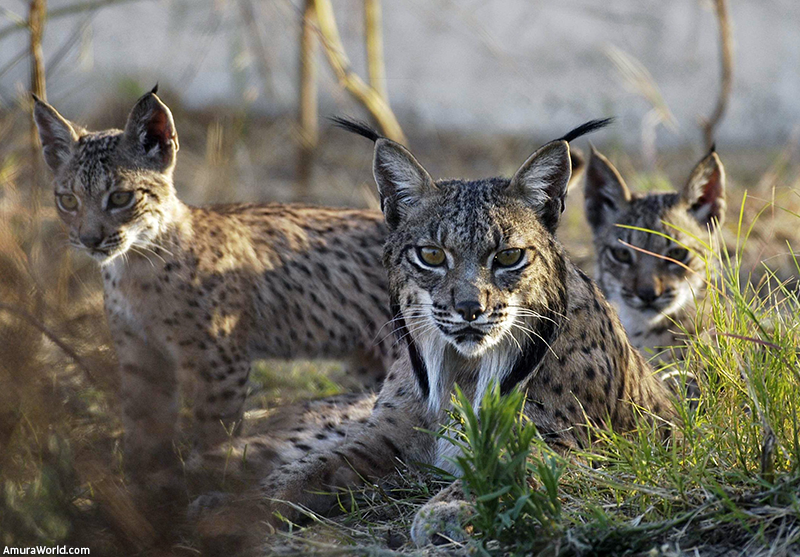 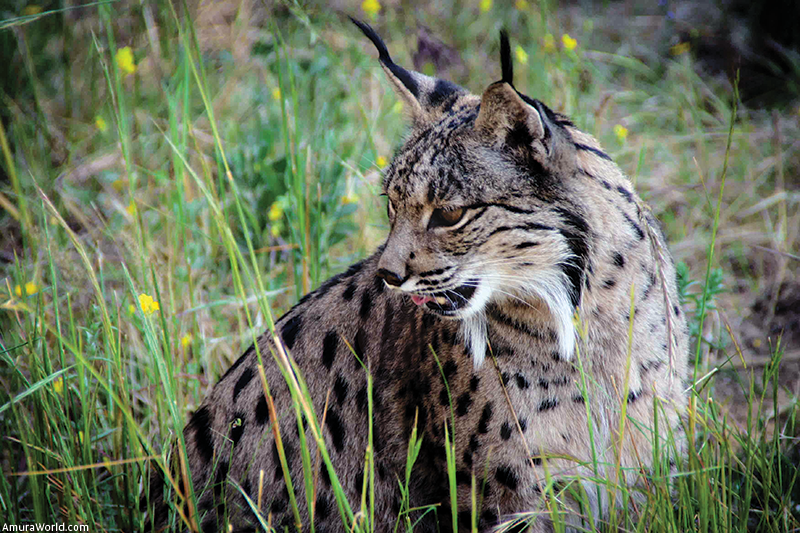 There is great skepticism amongst the field biologists and the conservationists with regard of the in-captivity breeding and the reintroduction. On one hand, the in-captivity breeding may “overexploit” the wild populations, while, on the other hand, the reintroductions are hard to achieve and carry a high probability of failure. In fact, the experiences with reintroductions performed with Eurasian and Canadian lynxes extracted from wild populations have been ambivalent and the projects of reintroduction of felines born in captivity have not been very conclusive.  However, it can be learned from these experiences that the actual situation of the lynx is so critical that a scope that includes the maximum amount of possibilities is required.

Characteristics of the species

The felines normally do not have natural predators, being the reason why they are placed at the top end of the food chain. Their diet includes invertebrates (insects) and small vertebrates like fish, amphibian, reptiles, birds and mammals.

The lynx or mountain lion is middles sized with a total length of 72.5 to 94 cm and a weight of 6 to 25 kg. The length of the tail varies between 12.5 and 21 cm, the leg is 13.8 to 19.1 cm and the ear, from the low neckline, is between 7.2 and 8.3 cm. Its back is grey, brownish or reddish in color, generally with black spots. Regularly, these animals present the most intense colors in the middle part of their backs. The ears are prominent and pointy ending in a tassel or black lock, while the tail shows a series of black spots. The face is surrounded by long hair or gullet. Its dental formula is different than those of other felines, for they have two premolars less. 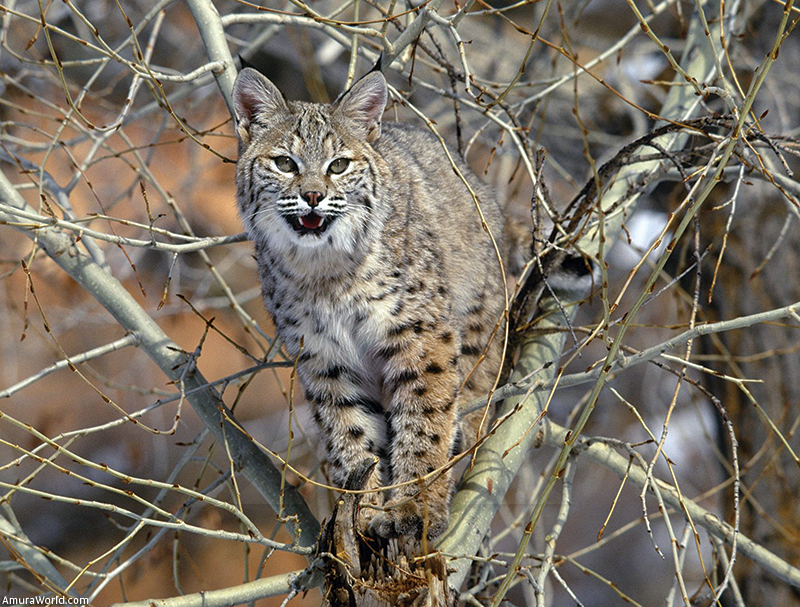 The reproduction was one of the aspects less known in the biology of the Iberian Lynx. Its pregnancy period is approximately 60 to 70 days and the females can carry three to five cubs. The mating period is between January and March. During the breeding time these animals can be found in natural refuges such as caves or tree trunks. It is a solitary hunter, during winter it can be active in daytime as well as at night, while in summer its habits are nocturnal; it can climb trees quite easily and it easily adapts to any vegetation, it can also be observed wandering in towns close to its hunting area.

Activities such as increasing the agricultural borderline or the deforestation have threatened its survival, for these end up fragmenting the regions considered its natural habitat, as well as diminishing its natural sources of food. Therefore, it is important to consider that if no effort is made to preserve the lynx in this region, this species will end up disappearing. 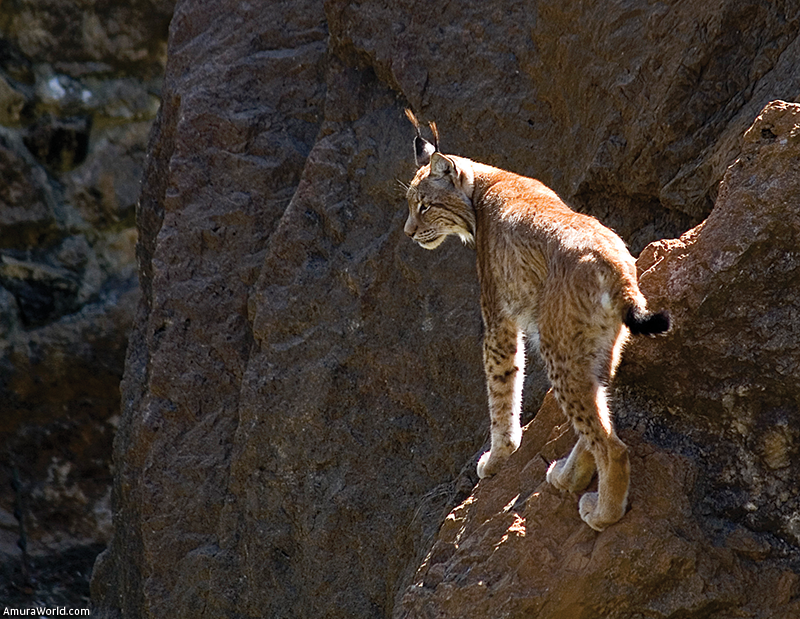 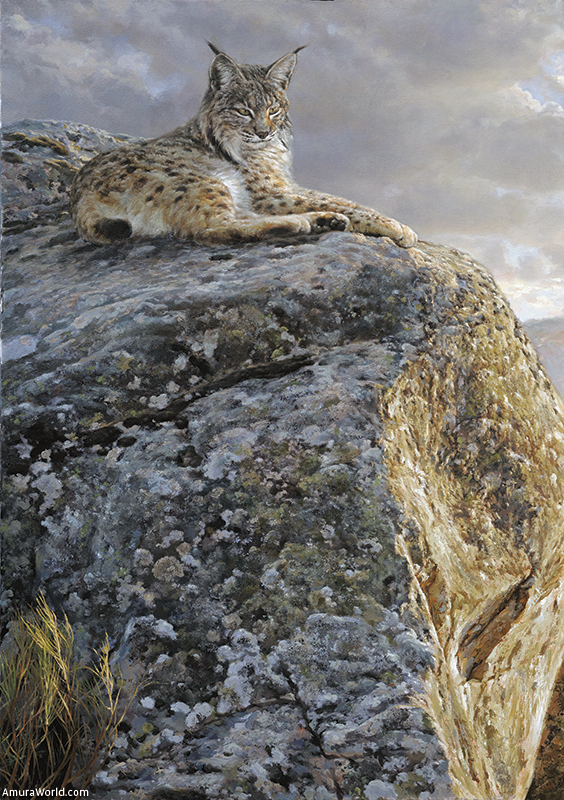