The Sea of Cortes, a Mexican Treasure

Around 6 million years ago, what we know today as the Peninsula of California started to separate, giving birth to an inner sea: The Sea of Cortes.

The Sea of Cortes or Gulf of California, is located between the peninsula of Baja California and the states of Sonora and Sinaloa, to the northeast of Mexico. It has a maritime surface of around 283, 000 km2.

Due to the Geographic conditions of this region, as well as other characteristic weather phenomena, this sea stands out for being one of the most productive in the planet, a large quantity of plankton is generated here –phytoplankton and zooplankton-, base of the food chain, that at the same time allows the development of one of the most bio-diverse eco systems in the world. 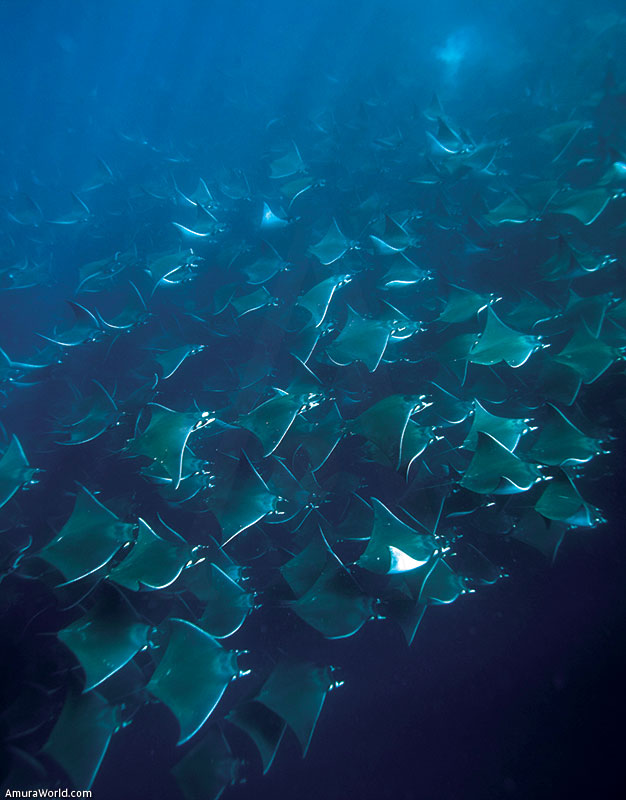 The legendary Captain Cousteau named the Sea of Cortes as: “The World’s Aquarium”, where up to 800 different species can be found. In here the big ones follow the little ones; sardines and anchovies feed from the plankton, and then tuna; blue striped and black marlins, dorados etc, feed from the sardines.

But the best moment of nature is ironically offered by the most threatened fish species in the world, those who have been hunted and pursued for no justified reason, the different kinds of sharks and giant mantas, being the delight for all the thousands of divers that come from all around the world to film them and swim with them.

There are still several groups of Hammerhead sharks, we can see the biggest fish in the world, the Whale shark, and in addition to this we can tell you there’s a spectacular place, still hidden today, where bull sharks gather every year to reproduce themselves.

Without a doubt, one of the biggest secrets offered by this sea is the great migrations every year of huge groups of hundreds of giant squids, locally called “Devils”, because of their aggressive behavior, they travel all the way to this place being transported by the Humboldt currents, the same that gives names to these species.

They come here in the middle of spring and leave until the end of the summer. All of this is related with the water temperature and the nutrients that this cold current brings every year to the Sea of Cortes. 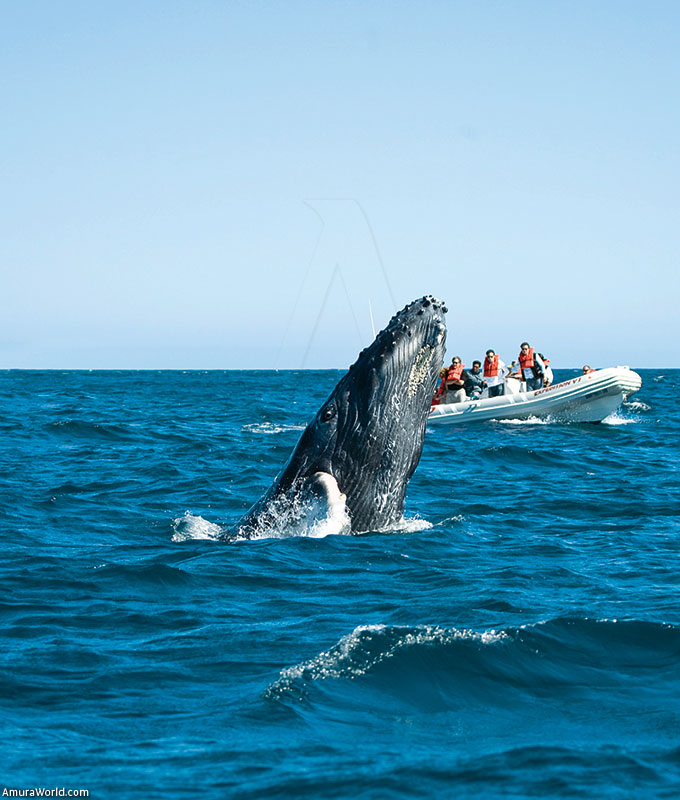 Home of the Whales

This great ecosystem is the home for over 60% of the whales species on the planet, this means than 8 out of 11 whale species that inhabit this planet are born, raised, fed, reproduced and even visit these rich waters: Blue Whales and Humpback Whale we can also see some Orcas and Sperm Whales.

Even though it inhabits the Sea of Cortes, the Grey Whales is born outside of it, in the coast lagoons of Ojo de Liebre, Bahia de Magdalena and San Ignacio, in the Occidental part of South Baja California. This is one of the most amazing shows that nature can offer.

This means that some of the whales that inhabit all the different seas in out planet are Mexicans by birth. ¡Lets take care of our country whales! 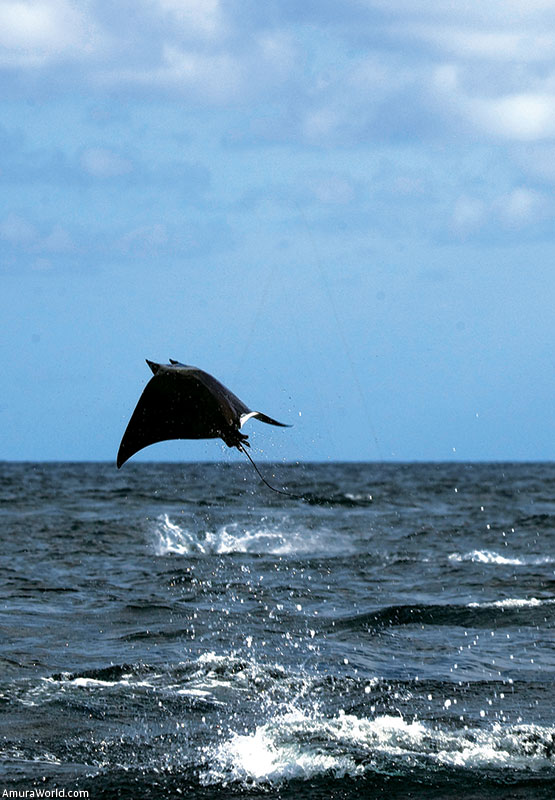 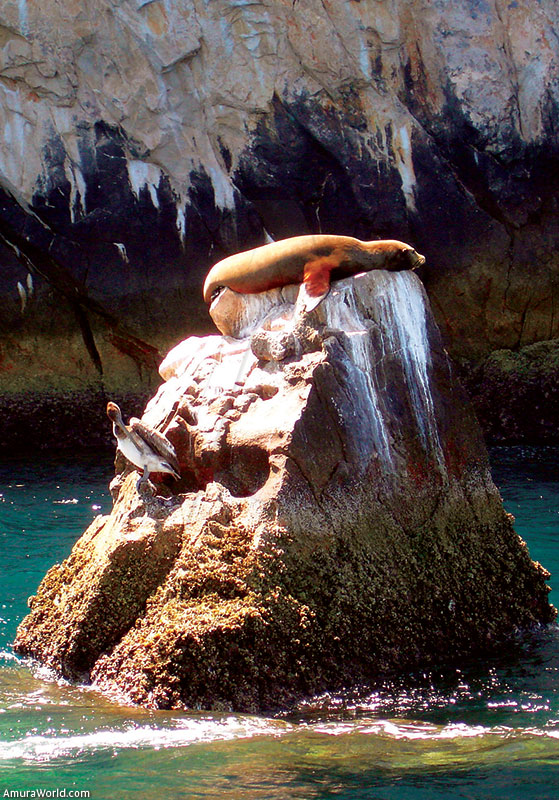 Another extraordinary phenomenon that can be watched in the Sea of Cortes, is the “Feeding Frenzy” that takes place when great groups of sardines and anchovies are discovered by dolphins and big groups of birds, who start their air strikes in a very aggressive and abundant way with a speed of 60 km/h.

The constant hitting on the water’s surface draws the attention of other fish and birds, like sharks and swordfish, which attack the group of sardines at the same time. So this way the air and submarine strikes devastate the fish concentration until it is completely exterminated. This is one of Mother Nature’s laws of balance.

And for our second part we will talk about treasures like: The Cabo Pulmo National Park, the Todos los Santos Bay, the Rasa Island as well as the San Pedro Martir Island. Without a doubt, the Sea of Cortes is still one of the six richest seas in the world. Take care and visit the Sea of Cortes. 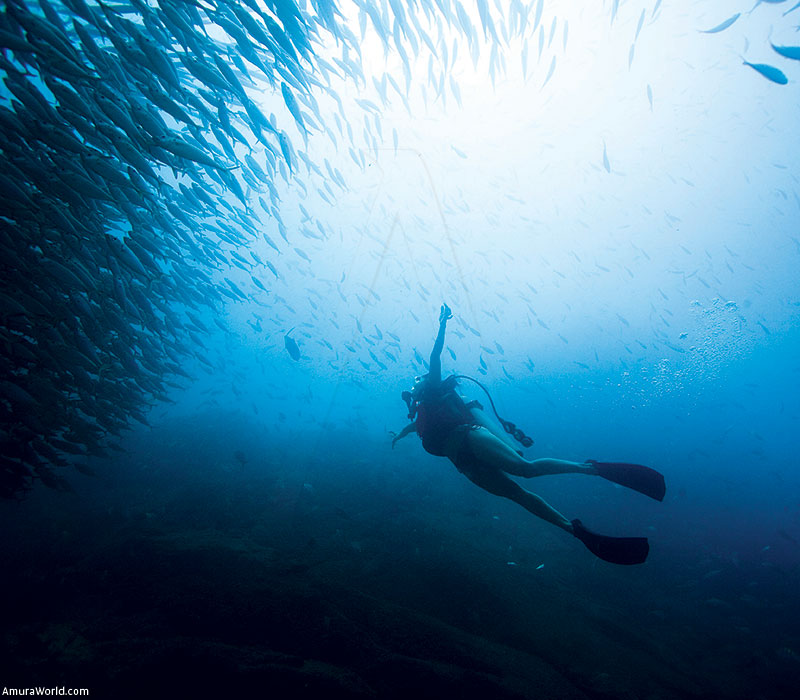