In this case, the neutral or not metabolized gas is the nitrogen and this is the one able to cause physiological or pathological alterations that if not taken seriously, will cause the decompression disease.

This occurs on the ascent towards the surface, when the nitrogen is released from the tissues while the pre- ssure lowers, forming little bubbles that will stay in all the tissues and the blood.

The main factors and causes for the decompression are: Not respecting the diving times and tables, ascending over the speed limit of 18 meters per minute, depths and the decompression stops. The disease usually presents itself after the ascent, on the next 15 minutes or even 12 hours after the immersion. 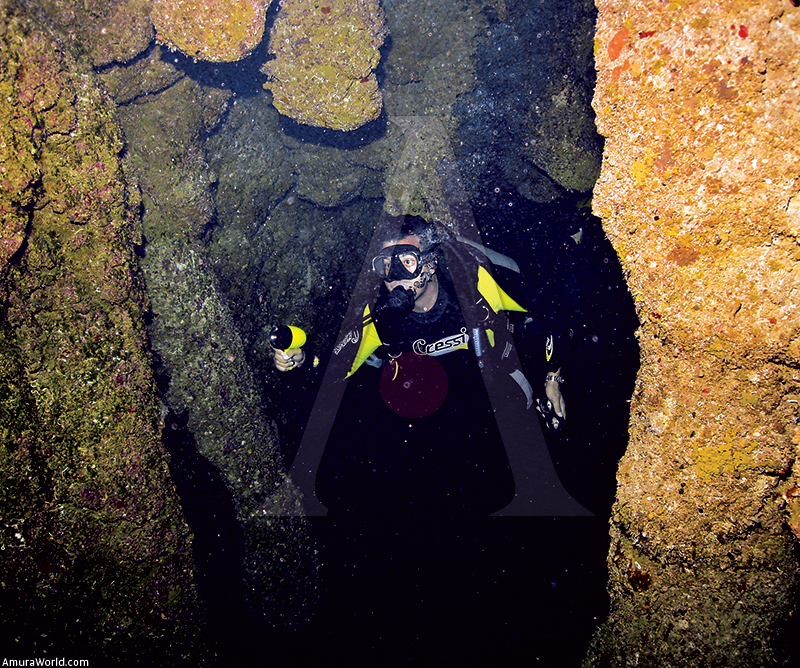 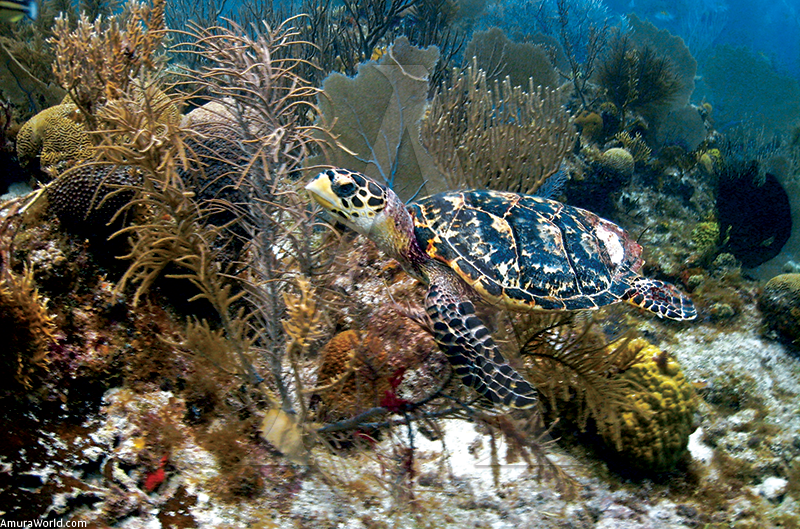 Each person has a different level of tolerance, but experience has established safe values for sport di- ving of 1.4 atmospheres and 1.6 atmospheres as a contingency.

There are a few symptoms that can alert us with time, in order to go up a few meters and lower the oxy- gen's partial pressure. The following are:

■ Tickling and muscular spasms, especially on

the face and lips. 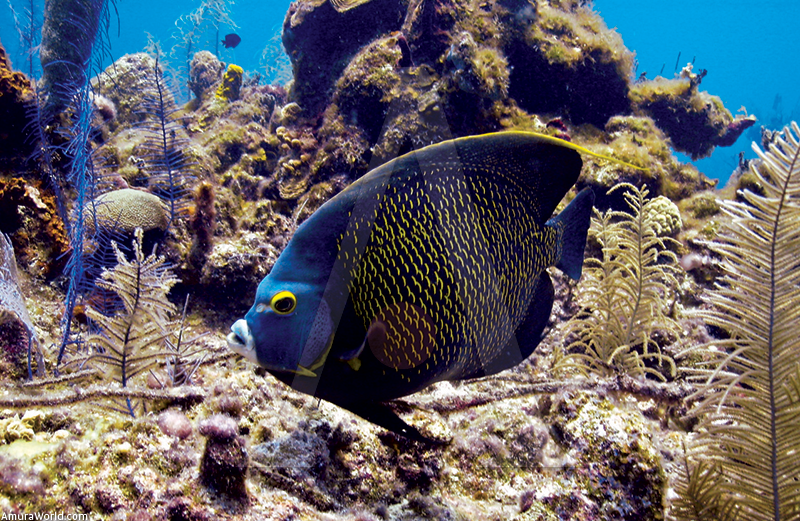 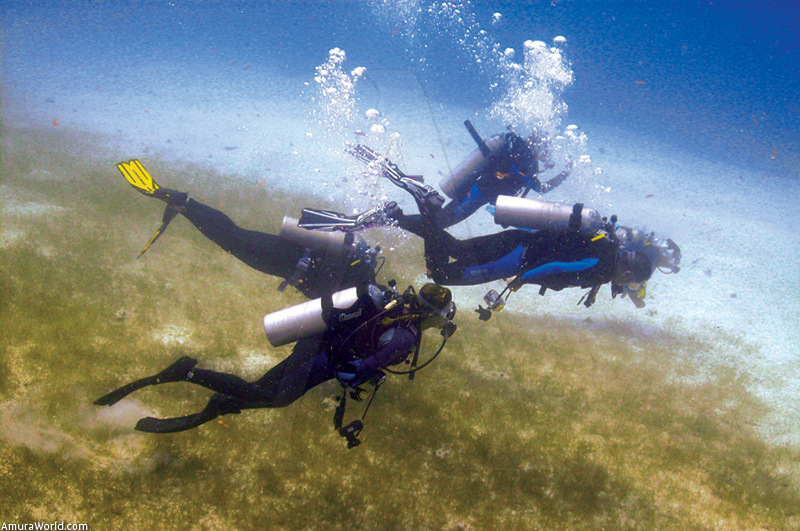 Diving with Gas Mixtures: This is another breathing method, different from just breathing air. It can be a mix between an inert gas and oxy- gen. or even nitrogen and oxygen, but in a diffe- rent proportion than the air’s (79% and 21%).

The objective of breathing gas mixtures is basi- cally for being able to dive deeper or to remain a longer period of time in the bottom, without su- ffering nitrogen narcosis or oxygen intoxication.

Rich air or Nitrox: Rich air or Nitrox is a mix- ture where the partial pressure of oxygen is higher, from a 21% up to a 40% for amateur di- ving. There are mixtures with a higher percentage than 40% that are only used by technical divers.

This mixture will make the bottom times longer but will shorten the surface intervals, allowing divers to dive several times a day. but with a limited depth.

Oxygen, Helium and Nitrogen, the Trimix: The Trimix is a breathable gas made out of the combina- tion of oxygen, helium and nitrogen. It is used as a technique for great depths in technical diving.

By agreement, the mixture is denominated by the percentage of oxygen, helium and nitrogen optio- nally balanced (until reaching 100% of the mix).

The main reason for adding helium to the mixture of breathable gases, is to reduce the nitrogen and oxygen proportions from the usual standard measure (21% oxygen and 79% nitrogen), allowing the gas mixture to be safely breathed in great depths. 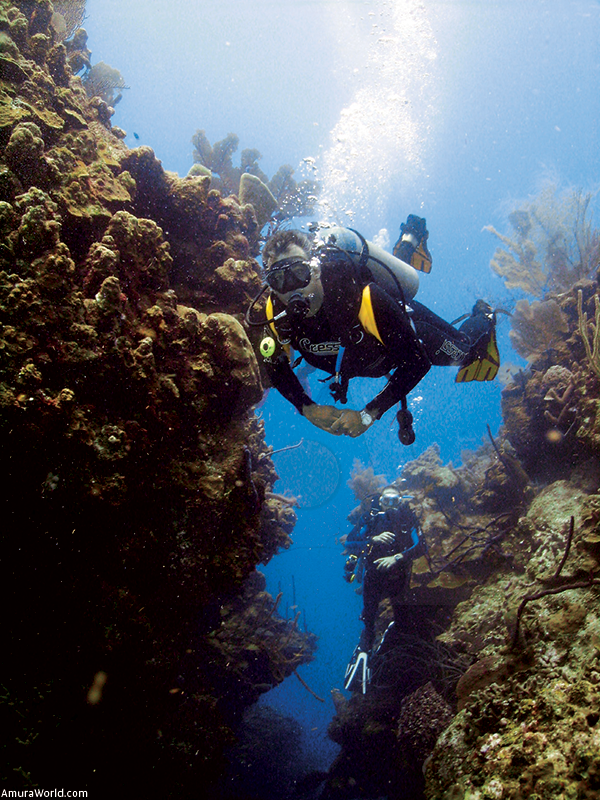 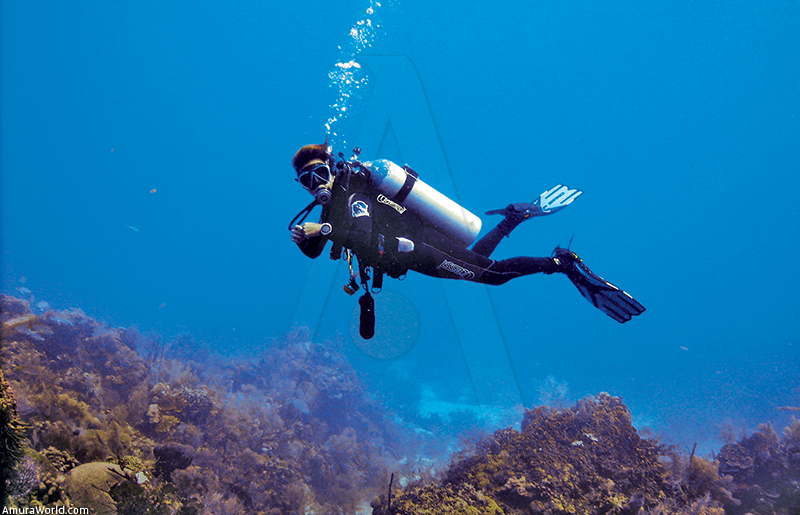