The Great White Shark In Mexico

Like every year, from July to November the “Great White Shark” (Carcharodon Carcharias) visits our waters arriving to the “Isla Guadalupe”, which is an island with a volcanic origin, with a surface of over 476,971 acres and it’s located in the Mexican Pacific 250 km away from the coast of Baja California.

On April 25th 2005 a presidential decree was emitted in which the maritime and terrestrial zones of Isla Guadalupe were declared as Protected Natural Areas, in the category of Biosphere Reserve.

The great white shark stands out for its great size, it can measure from four to seven meters and can weigh almost two tons; with a thick and short cone shaped nose where those black dots called Lorenzini blisters are located, allowing it to sense the smallest electric field; the mouth is very big and it would seem as it was smiling by showing its huge teeth, triangular shaped and sawed, the nasal cavities are very small, while the eyes are also small round and completely black; on the sides next to the gills two big pectoral fins are located, on the back are two pelvic fins and the reproductive organ followed by two more little fins near the caudal fin and last the unmistakable dorsal fin. 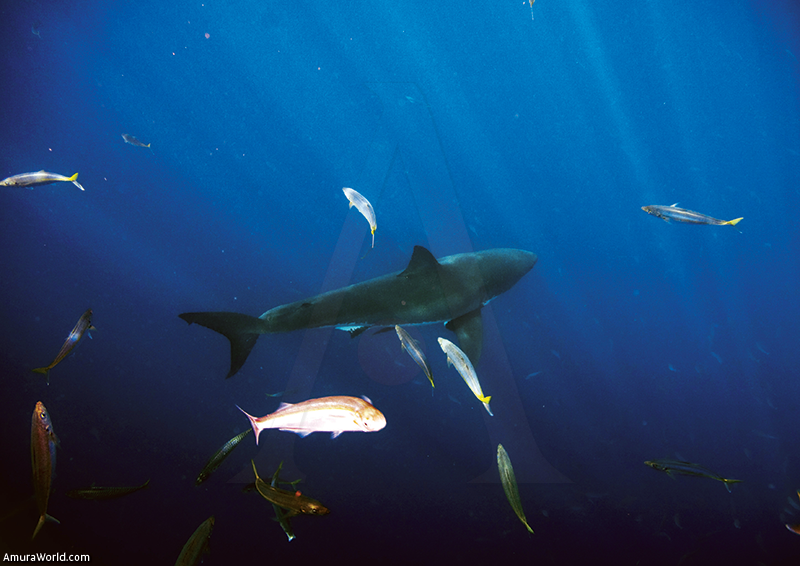 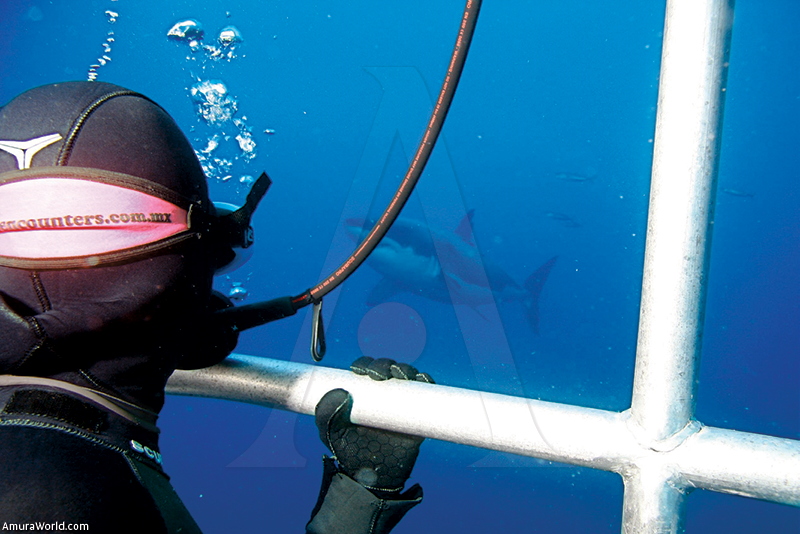 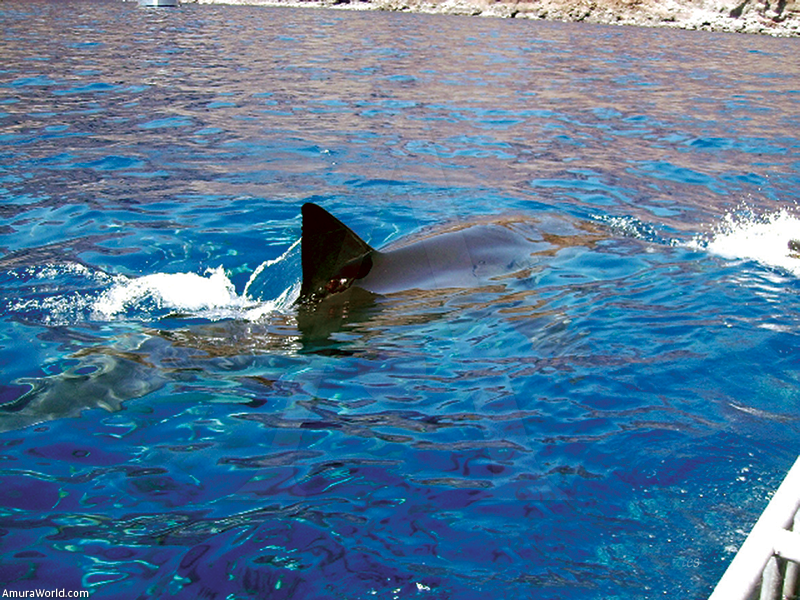 The great whit sharks are more than just “killing machines”. To be able to capture the great mammals that are part of the shark’s diet, the great whites are involved in a very characteristic ambush: they position themselves several meters below the prey, swimming in the surface and when the time to attack comes, they swim very fast with powerful strokes from the tail and open their jaws. The impact usually happens on the tummy, where the shark holds on tight to the victim. Usually the prey ends up half dead, and the shark will come back and feed on it again, once it is completely dead, this way the shark avoids a possible counterattack from the prey and getting hurt. Sometimes the great white sharks charge so hard upon seals and sea lions that they go up in the air a couple of meters with their prey between their jaws.

This species also eats carrion, especially from whale corpses. Near the coast the great white sharks eat a lot of floating objects by mistake; very rare objects have been found in their stomachs, even license plates.

Both the hunting and the shark’s life are very solitary. Occasionally couples or little groups have been seen swimming around in search of food. Even they are nomads, some would rather feed in certain coastline zones, like it happens in some regions of California, South Africa and Australia.

The presence of the great white shark in Mexican waters was considered until recent years as rare or sporadic. Nevertheless, there are registries of some great white sighting in the Gulf of California, as well as in the Cedros Islands, San Benito and Guadalupe. Through recent research, this last one has been considered as one of the most important great white shark congregations in the Pacific Ocean and the world.

As mentioned before, sharks only visit the island between the months of July and December. Even though, some of them come back year after year and when they migrate the go to a certain spot in the Pacific Ocean called the “Great White Shark Café”, and also far away places like the islands in Hawaii. 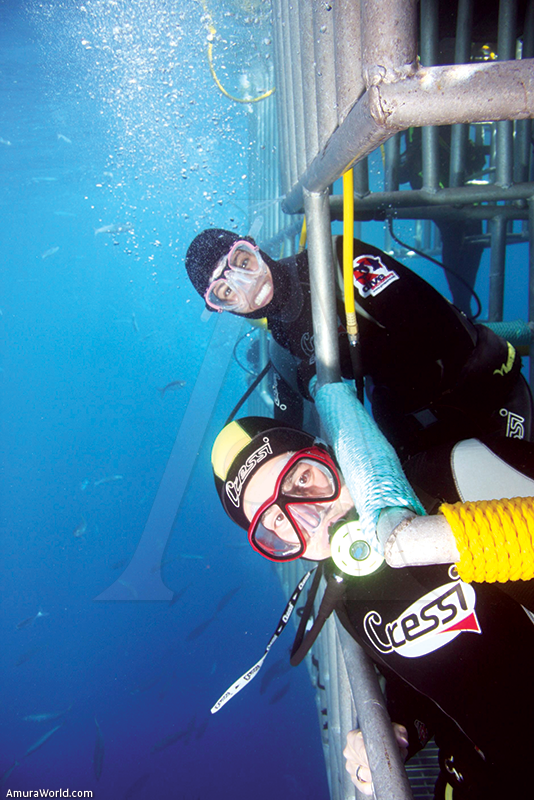