The Seas of Baja California

Navigating the waters of the Baja California peninsula might be a once in a lifetime experience, like encountering a pack of 300 sperm whales; meaning, three hundred times the image Ahab, that captain who was obsessed with the mythical white whale, chased in Moby Dick, the novel published by Herman Melville in 1851.

However, this is neither a legend nor something that happened in the nineteenth century in some exotic country’s waters. It took place in 2009, when an expedition of students and one of Mexico’s top specialists in marine mammals, Jorge Urbán, sighted over three hundred sperm whales feeding near the bay of La Paz, in Baja California Sur. An unforgettable image.

Washing the peninsula on one side is the Pacific Ocean, and on the other the Sea of Cortez, the only sea in the world which is exclusive of one country and where 80% of the marine mammals species found in Mexico thrive. A true delight for sailors and adventurers. 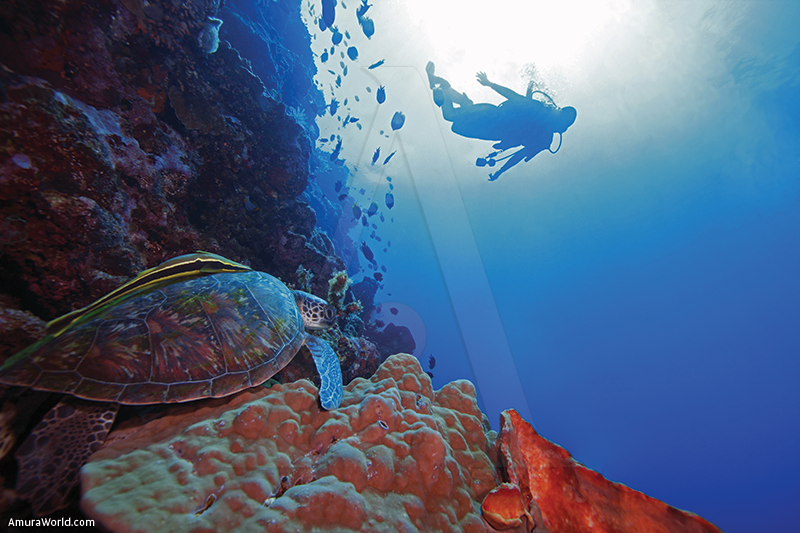 These waters are visited by 25% of the world’s whales species for breeding and feeding. Visitors may encounter the largest animal on the planet, the blue whale; along with the sperm whale, the humpback whale, the fin whale or common rorqual, and the grey whale.

The rich biodiversity of these seas attracts these mammals whom requite abundant food. A blue whale, for example, eats the equivalent of 3% of its weight. If this cetacean weights around 40 tons then every day it will eat 1.200 kilos of a tiny crustacean called krill, which can be found in large quantities in the seas that wash over the peninsula.  A fun fact, every year 600 blue whales arrive to Baja California, and eat 720.000 kilos of food per day; however, these “tourists” don’t come in for a weekend, instead they stay for four months, from January to April, collectively eating a total of 86 million kilos throughout the season. 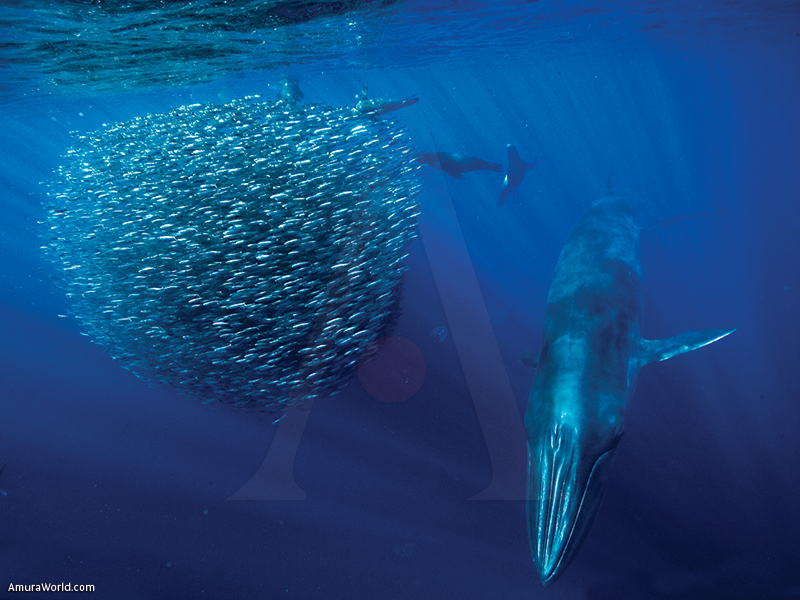 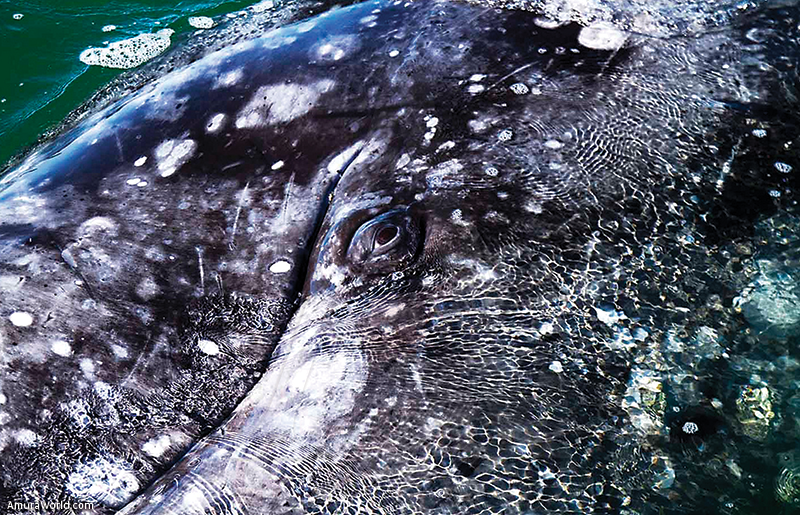 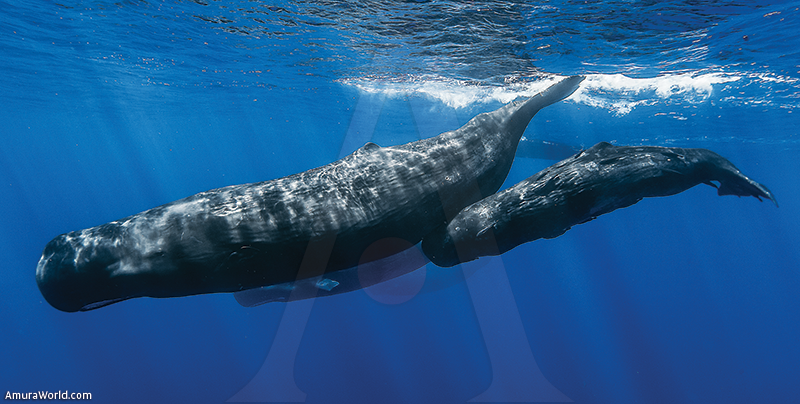 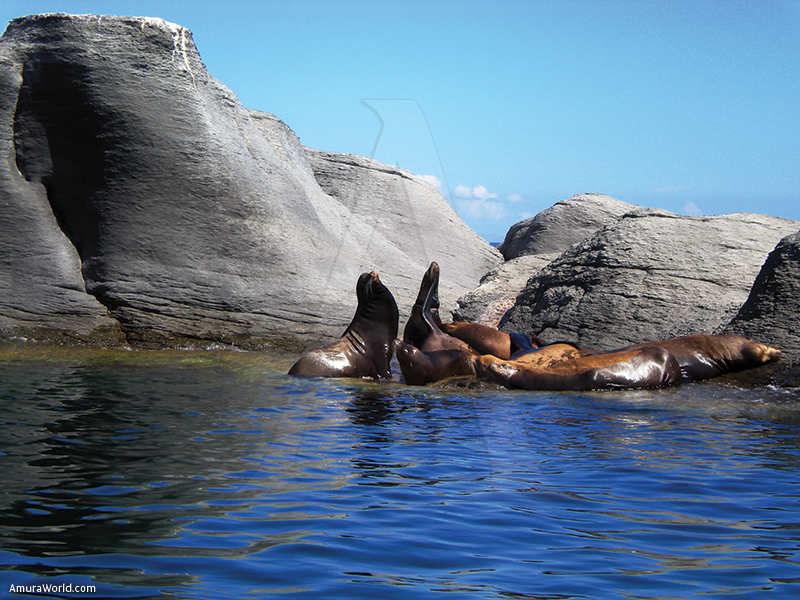 For the sailor searching mystery and adventure the Sea of Cortez is a great option, as nearly a thousand islands and islets can be found in this area. Each island has a whimsical form due to the detachment of the continental crust and the emergence of submarine volcanoes 4 million years ago. Some of them are inhospitable for humans but a sanctuary for thousands of sea birds, such as San Pedro Martir Island, home to hundreds of blue-footed boobies. There are also some very particular species as is the rattleless rattlesnake or the gigantic fishhook barrel cactus, which are found exclusively in Santa Catalina Island.

The Sea of Cortez inspired legendary marine researcher Jacques Cousteau to coin a memorable expression: it is “the world’s aquarium”. The famous oceanographer did not exaggerate because this Mexican landscape is home to 34 marine mammal species, 891 types of fish, five turtle species, over 4.800 invertebrates and 181 bird species. What is more, there are species, such as vaquita, unique in our planet. 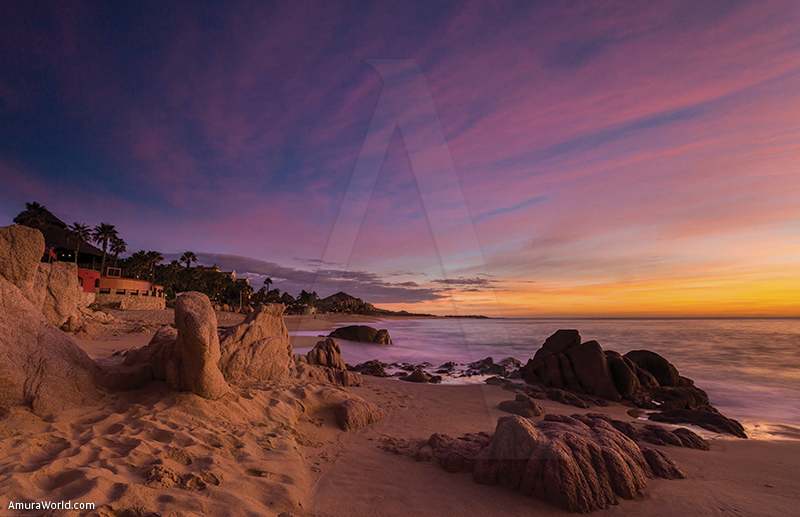 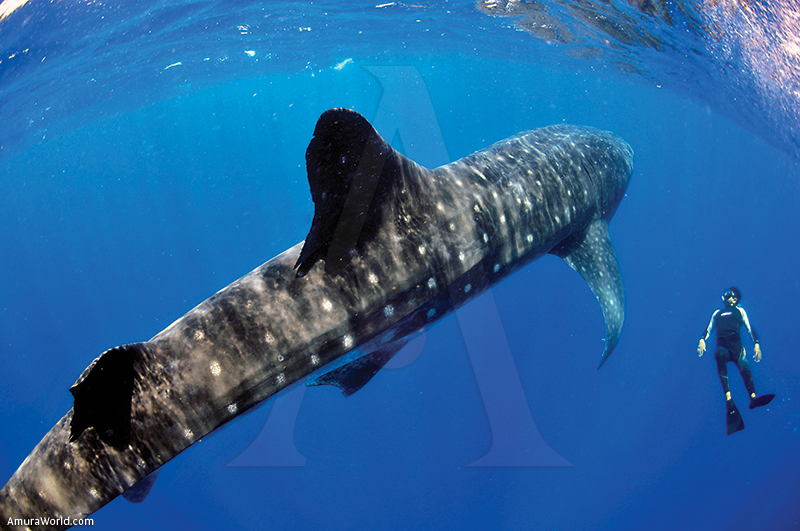 The sky on the sea

One of the best experiences in these Mexican seas may occur overnight. Darkness allows visitors to observe a phenomenon called bioluminescence, which is produced by microscopic algae that illuminate the outline of other animals such as dolphins. Sailors tell the stories of how their vessels were escorted by luminous dolphins, an astounding view that is complemented by ghostly jellyfish that appear and disappear due to the light’s effect.

Across de Sea of Cortez, on the Mexican Pacific we find the Guadalupe Island. An island that emerged eight million years ago due to a volcanic eruption, and which serves as refuge to several species, including the great white shark.

This island is considered to be one of the best places in the world to observe the great white shark from submersible cages and with the appropriate diving equipment. The discovery of Guadalupe as the paradise for close encounters with this species is relatively new, spanning from the early 2000’s.

Preserving this natural mosaic is a challenge which, fortunately, more people are taking on every day, including scientists, organizations and residents. WWF, the global conservation organization and its partners dedicate important efforts to support the conservation of marine species and their habitats threatened by human activities. Collaborating with other organizations, WWF works closely with some of the best experts in the country, tireless researchers for whom the preservation of this corner of the world is vital to wildlife, people, and the planet.

Those who have swum alongside the whale shark, the largest fish in the world, or observed giant shoals or the great whit shark claim their life has changed, that they will never be the same. They are convinced that this amazing marine world and its inhabitants must be preserved. 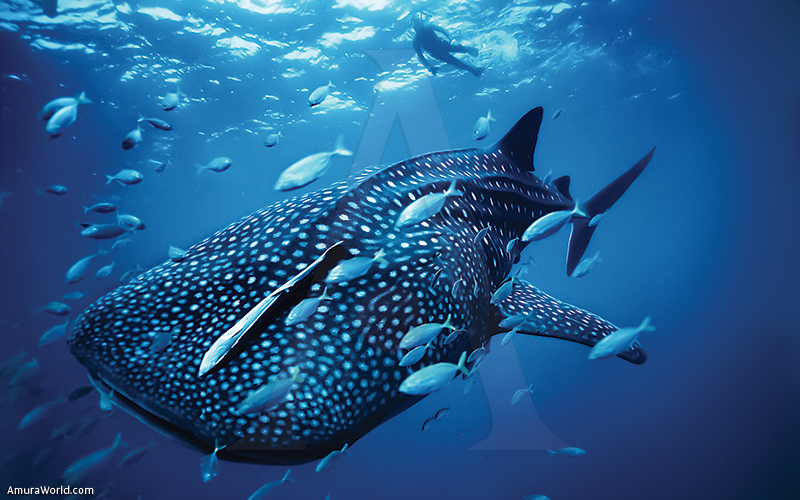