For a long time it was thought that sharks were unable to sleep because they had to obtain oxygen from the water while they swam, apart from that the underwater bladder is not designed for these animals to rest on the sea bed. The first sharks that could be studied scientifically in their natural habitat while they rested were carpet sharks, which have a slow metabolism. Up to that time, sharks will fast metabolisms had not been seen resting.

It was a long before a young lobster fisherman from Isla Mujeres, Carlos Garcia, better known as "El Válvulas”, discovered a cave behind the island where sharks went in to sleep. 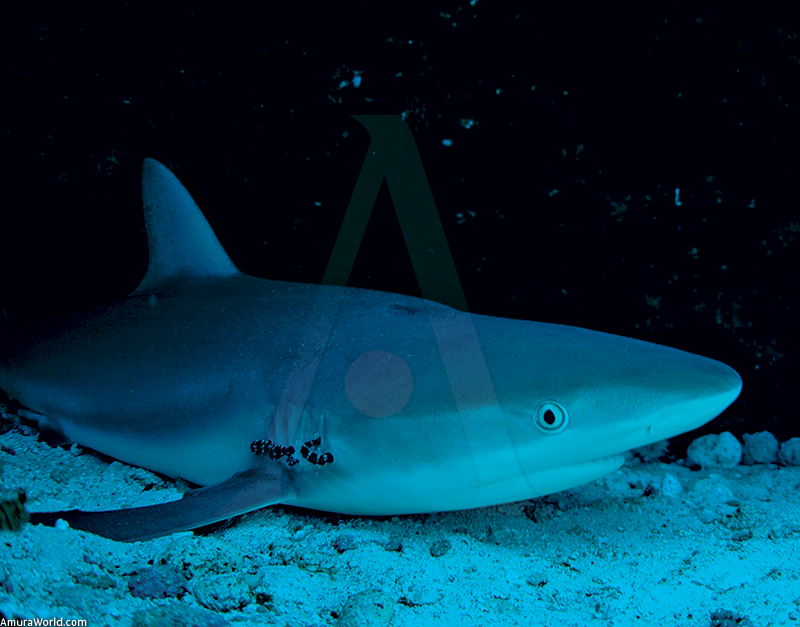 He says that they were very large and the type that bites. When the famous cameraman and adventurer Ramón Bravo heard about them, he was living in Mexico City and did not hesitate to gather up his diving and photography equipment and go and see the rare phenomenon for himself.

The first days' diving were frustrating because the sea was rough and hte bed was moving a lot. They had to wait until the bad weather had passed to go into the water. They did not have much luck because they did not find anything in the cave. They started to doubt what "£7 Válvulas” had told them, because the days passed without any luck. But suddenly, as luck would have it. one day in poor conditions, they saw an enormous bull shark totally asleep.

Ramón did not stop taking pictures, both video and still, because he could not believe what he was seeing. Their luck continued over the next few days, the sharks were queuing up to go inside the cave to sleep. Ramón told the world about the phenomenon and received replies from international scientists such as Dr. Shelton Appelgate. a master in shark paleontology and Dr. Eugina Clark, the highest authority in sharks, who both traveled immediately to the beautiful Isla Mujeres to confirm what Ramón Bravo had told them. With them, Captian Cousteau arrived in the legendary ship, the Calypso.

Due to uncontrolled fishing, these magnificent beings were deterred from entering hte spectacular cave and for a long time we were unable to enjoy their presence. A few days ago. while testing closed circuit diving equipment, using equipment that does not make bubbles and the silence is sublime, by pure luck, I arrived at a small reef very near Cancun, where the current is very strong and there are wonderful specimens. I could see the sharks that passed by very close to me. I realized that my presence did not disturb them, thanks to modern diving technology. I enjoyed the proximity of these animals and I learned their behavior. Once again I could confirm that if they are respected, they do not represent any danger at all to man. 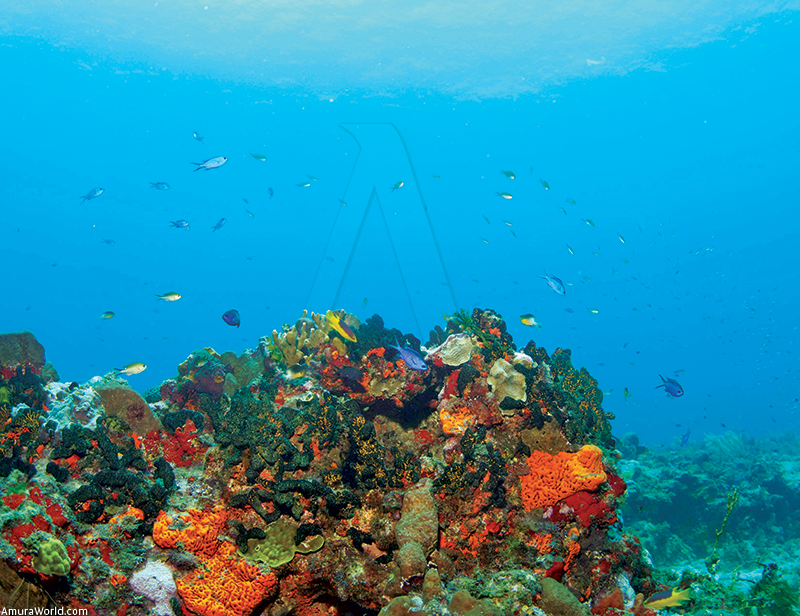 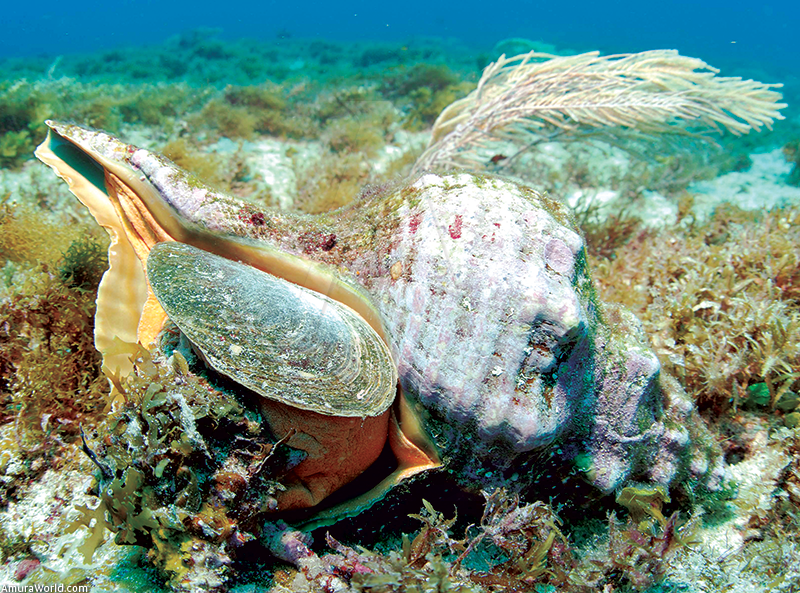 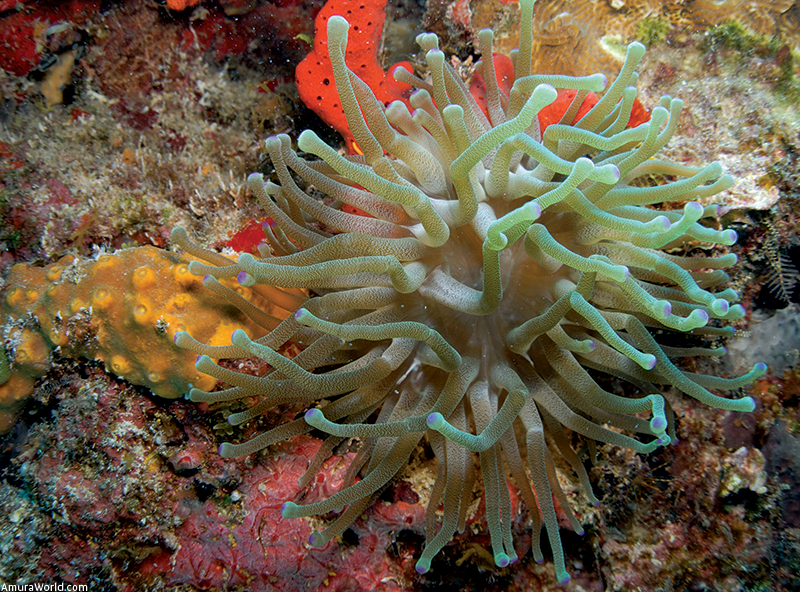 After spending almost two hours underwater. I emerged pleased with my encounter with these colossal sea beings. I took their coordinates to return later. The following day. I couldn’t go because of matters to attend to in the city; I had to schedule visits for the reporters who had come to cover a story about hte reefs and hte whale sharks of the zone. I told them about the sleeping sharks and they didn’t hesitate in saying that they wanted to try their luck. We left the marina on a very sunny day. I was nervous because I didn't know if I would be able to find the reef again or if we would be able to dive. I set about preparing the diving equipment to distract myself and put my ideas in order.

We got dressed leisurely, as if to put off the entry into the water. When we broke the surface, my nerves relaxed because the water was calm, the visibility good and there was only a light current. We had barely touched the green algae covered bottom and I could recognize a stone that was home to a giant anemone. The current took us directly to the reef and in a small cave, we found a carpet shark. We were happy with what we had seen, but I wanted to arrive at the new Cave of the sleeping sharks.

We arrived as slowly and as silently as we could while I prayed to Neptune not to let me down. I was the first to look inside and to my surprise I could see an enormous grey colored shark fast asleep, while small fishes were cleaning it of the bothersome parasites around its gills.

We were so focused on observing this marvel that we didn’t realize that another smaller shark was trying to enter the cave to sleep. Moisés advised us with guttural sounds. The shark passed right in front of us before beginning its siesta. It was the moment that returned as to our world to enjoy the great experience we had lived.

Hopefully, dear reader, we will remember that the greatest hazard to sharks is that we will exterminate them. Please help me conserve them for the benefit of future generations. 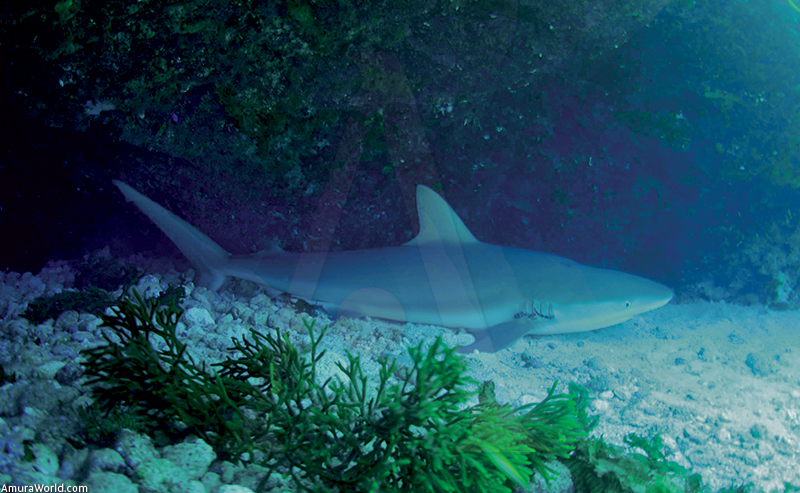 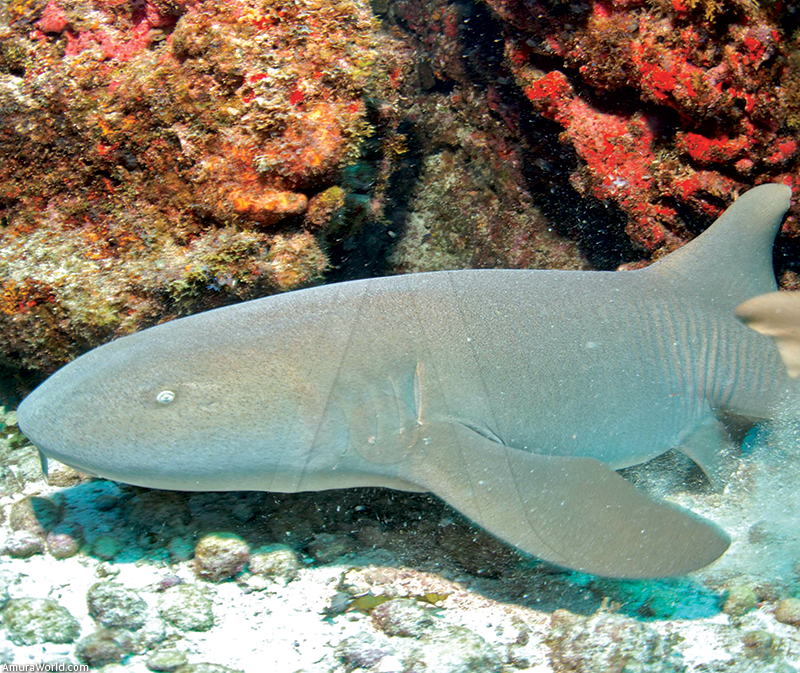