The Sea Beads after Hurricane Dean

Aother Nature once again shows her might; this time in the form of a devastating hurricane that struck the coastal areas of the southern part of the State of Quintana Roo. The enormous cyclone struck the towns of Chetumal, Carrillo Puerto, Mahahual, and Chinchorro, with gales of up 300 km per hour. It was really very dangerous. Fortunately, and thanks to the preventive efforts undertaken by the different authorities, there was no loss of human life but only material damage, mainly in Mahahual a small tourist town. Yes, hurricane Dean did turn out to be as devastating as announced by the media some days earlier.

I am a permanent resident of Cancún, just north of where hurricane Dean hit hardest. The winds here were not too strong but the tidal swells were. Despite the fact that all due precautionary measures were taken, some jetties gave way and part of the white sand characteristic of our beaches was lost to the sea, which in turn lost its well known turquoise color for some days as a result. 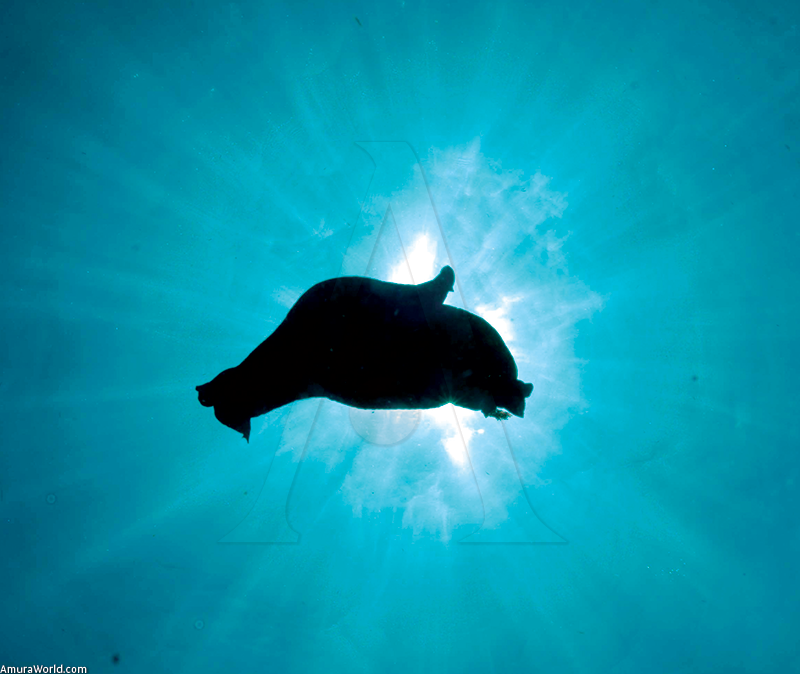 For that reason, I had to wait some time before I could again dive in my beloved Caribbean Sea. Great was the pleasure drawn very early one morning when I reached the marina housing my dive center and was able to see, from what remained of the jetty, that the water was already clear and relatively calm it was even possible to see all those fish that had become quite familiar to me by this stage.

I searched anxiously first of all for the speckled young eagle stingray that had been frequenting the same spot for approximately the last five months. My watch struck 7:15 in the morning and the sun was just beginning to rise with its intense orange glare when quite suddenly and from afar I was able to pick out the stylized figure of my new friend soaring through the shallow waters of the sea, close to the beach. After enjoying the spectacle for good while I could but wonder at the condition that the reefs and ships in the area might have been left in.

Shortly after the arrival of one of the captains acquainted with the diving spots, I decided to go and explore the area. Such an enterprise required me to call on the experience of my friends and companions in adventure, Pablo Simon, Hilario Itriago, and Armando Gasse. Just as soon I located them by telephone and informed them that the water was clear that I was planning to go to sea, they decisively dropped all earthly commitments and punctually showed up for our meeting. 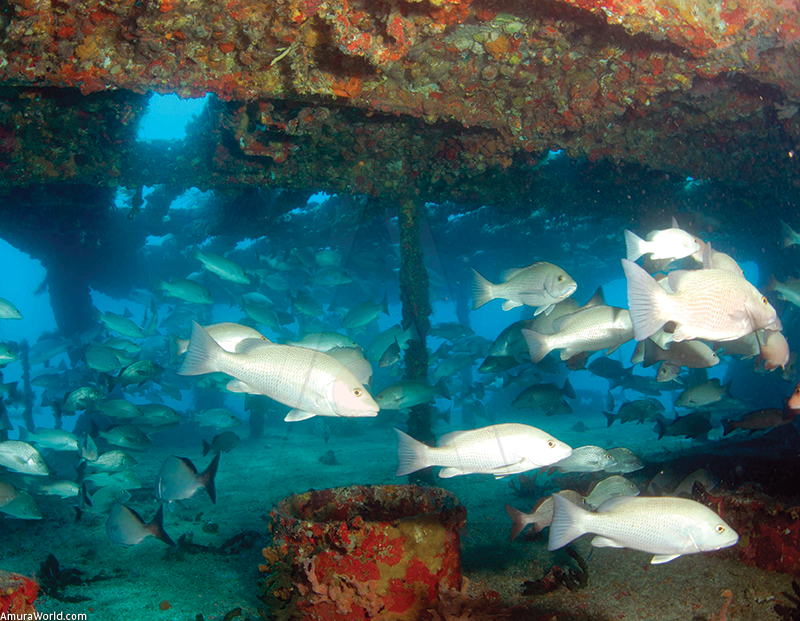 In a group, and just like small children opening Christmas presents, we prepared our gear and set sail. Our first stopping-off point was the shipwreck known as C 58 Anaya. It was hard to find because the hurricane force winds had moved it from its original spot. Once located, we set foot with great excitement on this great phantasmagorical form as the shape of an imposing battleship began to unfold itself before our eyes. When we got down to the bottom we were able to see that the strong tidal swells had even reached depths of 100 feet, where the wreck was, given that some of it parts were strewn far from their habitual places of rest. We continued our underwater exploration after the passing of hurricane Dean in and around the remains of what had been a great warship.

Our surprise was enormous when, amidst the tangled metal, we distinguished huge shoals of fish of eye-catching colors and joyful movement. We could see the large barracudas, vivacious macke- rels, the tasty snappers, the imposing green eel, and many more of the old inhabitants of the place, already so familiar to us. This was definitely a lucky day for, one more time and in the space of a few hours, I was able to enjoy the presence of the stylized eagle stingrays appearing from nowhere in a symmetrical formation, just like those warplanes so often seen in action films. They hovered above us for good while knowing that we enjoyed their beauty and their company. 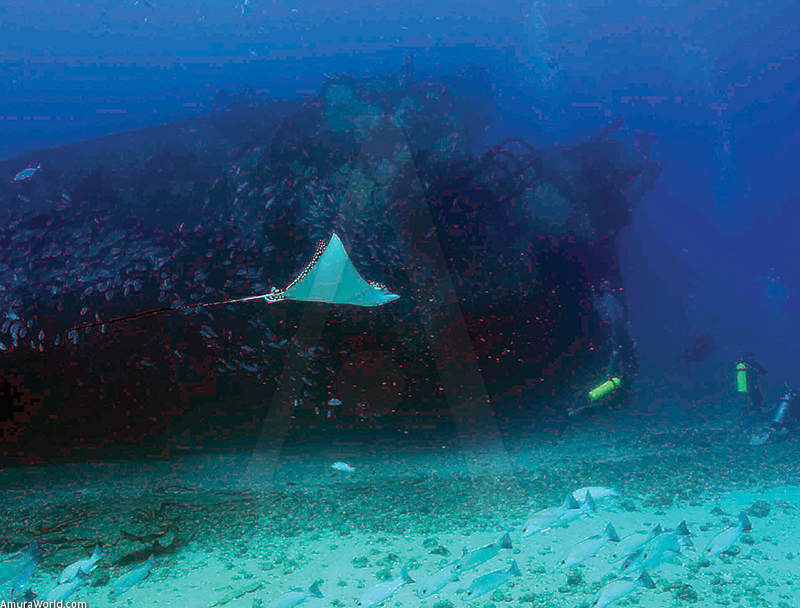 We surfaced happily from our first dive around the shipwreck after the passing of the hurricane. Not yet contented, we decided to do a second dive at a reef known to us all in order to check the damage. Because the current was very strong we opted to dive at Grampin —a depth of only 50 feet. When we reached the bottom, a devastating scenario met our eyes for the tidal swell had caused large-scale dama- ge, with brain corals turned upside down, broken reindeer horn corals, fans and chandeliers ripped outright or bent. But what was most impressive was the seabed, where some caves had grown in size and others had been covered over with sand or refuse.

But not everything was so bad given that the movement experienced by the sea bed provided us with the opportunity to find minuscule beings of asymmetrical shape and corrugated texture: sea hares. In all my years diving in Cancún I had seldom seen these creatures, let alone the photographed them. The pleasure experienced when you meet and see such mythical and mysterious marine species in places you don’t expect them to exist is immense.

The truth is that the sea never ceases to surprise me. Although the destruction is great in some places as a result of the passing of the cyclone, it is also true that its powers of recovery are still greater. All we need is a little time and patience to have a sea with the sea beds we have grown accustomed to. 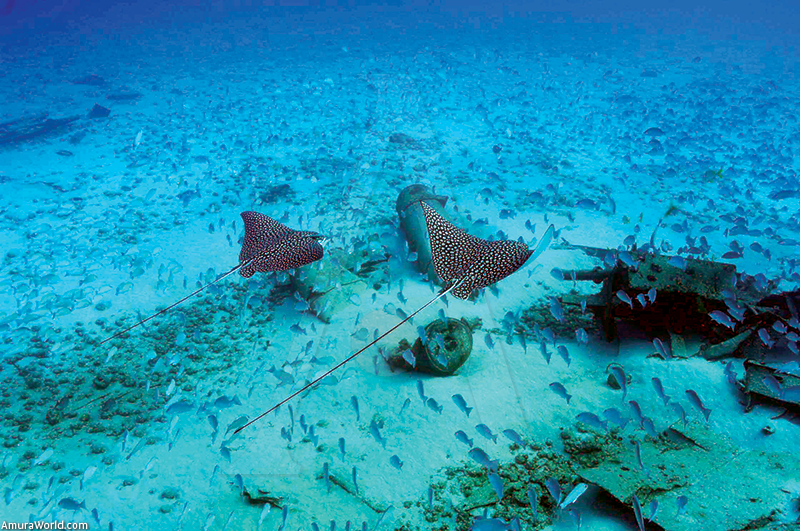