The pelicans are easily recognizable due to their particular beak. It counts with a bag in the inferior maxillary which gives them the sloppy and clumsy appearance, even though it’s truly one of the birds that better fly. And not only that they also swim and dive.

It is one of the biggest sea birds, they can measure more than three meters. But they are not just one species, since this family counts with eight members, all of them with the characteristic bag. which it is really used as a net to catch the fish from which they feed on Not all of them use it in the same way. For example the brown pelican (Pelecanus occidentalis) dives in from heights up to 20 meters flinging their wings backwards, in their back, to prevent them for breaking when they hit the water. When it is under water it extends this bag and catches the fish it saw from the air. 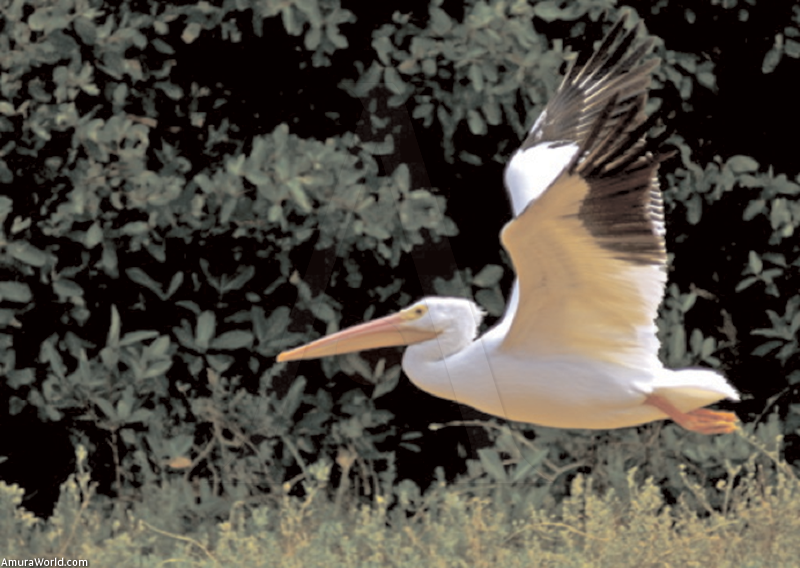 Others like the White American pelican (Pelecanus erythrorhynchos) only submerges the head while it swims in not too deep waters, giving the appearance of rowing with the head, but in fact under the water it extends the bag of its beak and that is how it catches the fish. Most of the time they do it in groups, they encase the fish between several birds and that’s how they feed.

The White American pelican is capable to hold 11 liters of water in its bag. which gives us an idea of its huge capacity. The younger pelicans are fed by grabbing the food directly from the bag of their parents; they use it to transport the load of fish to the nest, where their offspring await.

Pelicans can be found in many of the coastal lines, in lakes and in rivers. They are social birds that often travel in crowd with the typical arrow or line formation; they are also the birds that fly higher when they emigrate.

The white pelicans use the ascending hot air cur- rents to elevate up to more than 4,000 meters of height and once there they use the stream currents that are found in these heights to fly faster towards to or from the south. The achievement of performing 500 kilome- ters in 24 hours has been documented. They also nest in colonies and have the habit of gathering in islands.

In North America there are two species; maroon and white. The White American pelican nests north from the United States and in Canada. During the fall it flies to the southern states of eh United States, looking at them with relative frequency all winter in the states of the Gulf of Mexico, including all Florida. Also a great number of them spend the winter in Mexico and Guatemala. Some individuals continue the voyage even more to the south of Central America; the have been seen in Costa Rica, and it is possible they arrive until Panama. Usually, during their migration voyages they fly over ground but there are also data of visitors in the mayor islands of the Caribbean. One small colony resides all year long in the coasts of Texas. 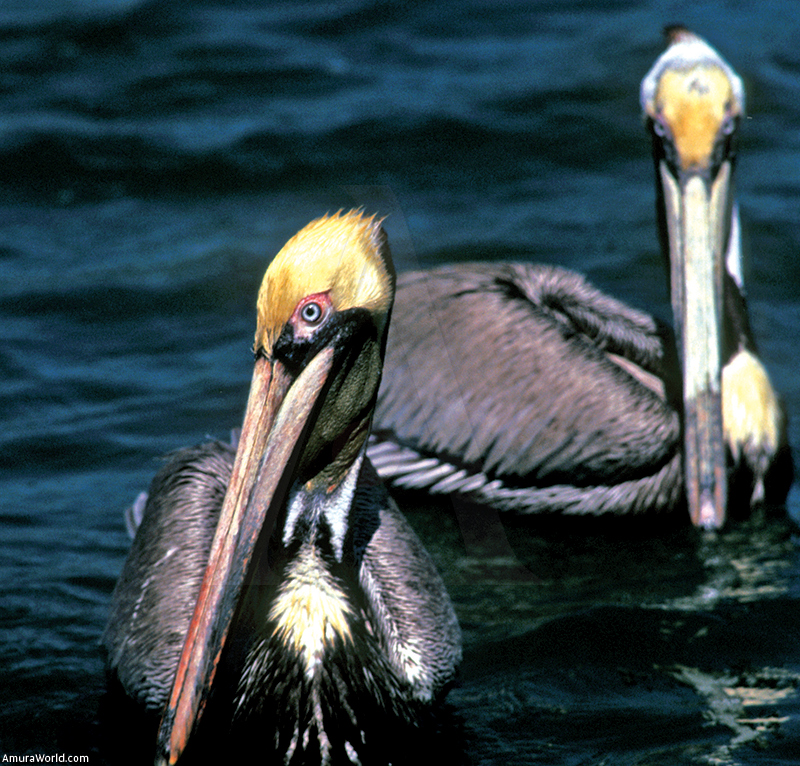 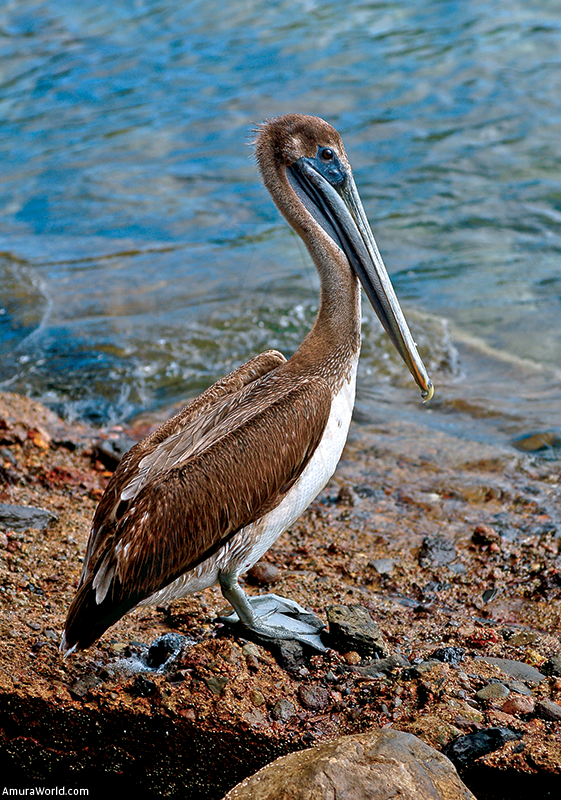 Since 1985 the total population of this specie has increased considerably. In some places it is considered common, in others becomes abundant A curious case is the one of Texcoco. that when part of what it was a lake was recovered, although today it is artificial, it has propitiated the return of these birds to that watershed.

On the other hand, we can find the gray pelican in the coasts of the Americas. In the Atlantic resides from New York to the outlet of the Amazon, having been registered in Nova Scotia to the north, and in Rio de Janeiro to the south. It has been seen in the Bermudas. It is also found present in all the islands of the Caribbean. In the Pacific it is located from the island of Vancouver to the south of Ecuador.

A subspecies is endemic of the Galapagos Islands. This pelican is not migrating; it is a kind of species rather sedentary, where most of the adults remain all year near the place where they nest Even though, during the sum- mer some individuals, many young, transfer from one place to another, normally throughout the sea coast it is not odd to se it some kilometers inland, above all if there are lakes.

Almost all of them return to their colony, but when some of them find a habitat where they can survive they will stay and start a new colony. Of course, many perish in the attempt. During this season of displacement it is not rare that some individual flies up river coming to far in the Mississippi, the Colorado or other river. It is not a migration, it is more an expansion of the location.

During the storms and tempests it is very common that some of them get lost and end in remote places, just as much as in inland as in open sea.

This species was in danger of extinction due to the contamination and pesticides, but at present it is beginning to recover the population. Although in Mexico its population has never been at risk there were some problems and still today there are places where the pollution still is affecting them. 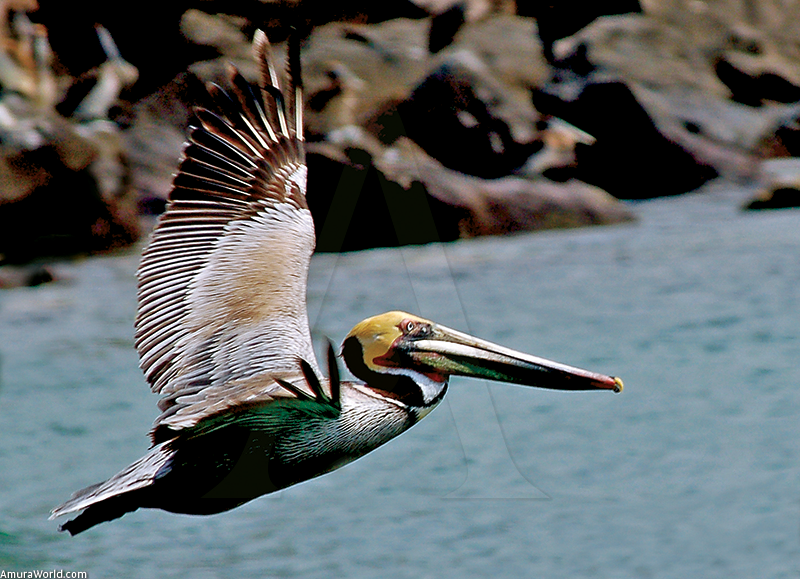 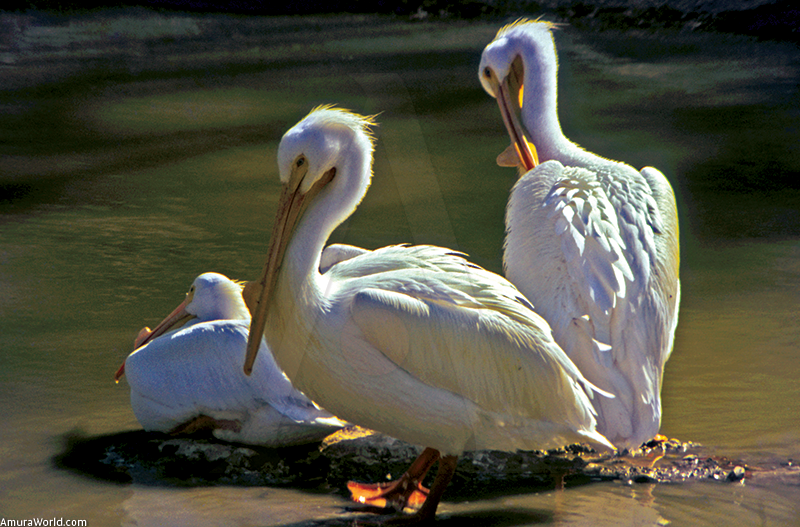