This journey, although planned in advance, started like many others, in a rush, but also full of happiness and optimism. So on October 22, I found myself on the plane traveling to the other side of the world.  The journey would be heavy going but very enjoyable because sitting next to me was enthusiast Armando Gasse who, just like me, was looking forward enormously to diving in the waters of Indonesia.

We flew from Cancun to Los Angeles, where we were awaited by another two adventurers, Mario Gómez and Juan Barnad. We all boarded the China Airlines plane for the 14-hour flight to Taipei.  We arrived extremely tired, with the terrible change of time zone and barely a few hours to stretch our legs before boarding the next plane to Jakarta, where we passed through immigration and customs because it is a part of Indonesia. With a very short connection time, we had to run to a local airport to take the flight to Terakan, in Borneo, with stopovers at two small airports. 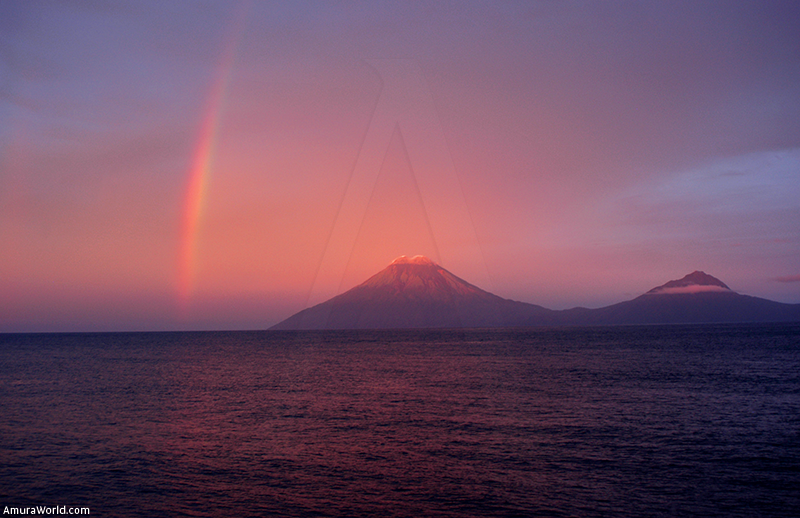 We made the long journey in one go because we had to meet up with the rest of the explorers, the Güero, Octavio and Alejandro, who were already on board the vessel that would be our home for the next 10 days.  We arrived really tired but yearning to sail straight away, although we had to wait one night because the boat had not fueled and we had not bought food for the journey because the island was celebrating Ramadan.

We sailed across a calm sea although the clouds did not stop threatening rain, until we arrived at the island of Pulau Semama, just in time to make an evening dive, to the great surprise that now we would dive using the new Evolution closed-circuit equipment.

The day dawned with sunshine and while the Güero prepared the diving gear, he insisted that we went to explore the island of Pulau Semama. And what a good thing he did, because we were able to enter one of the transparent water channels where turtles find refuge, the mangles have enormous dimensions and their branches are home to the fishing eels. The beaches are soft with an incredible whiteness. 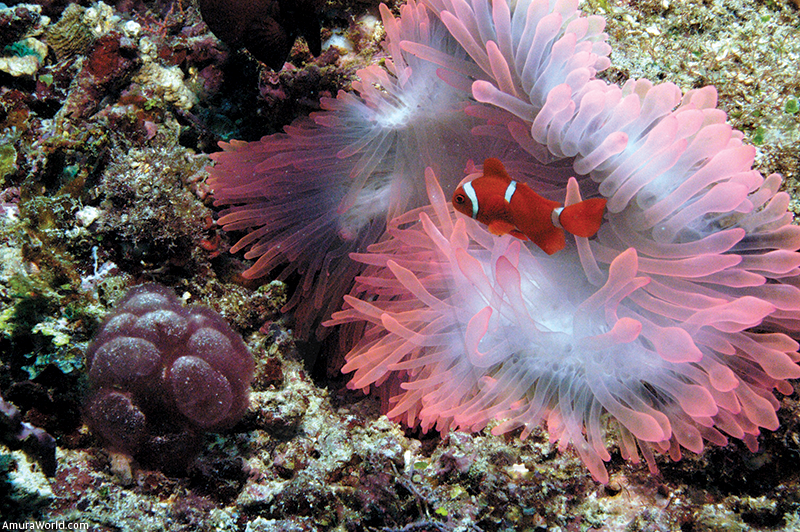 When we returned to the boat, the sun really heated up, so, following a light breakfast, we prepared for the first dive of the day.  The guides recommended a wall, with a depth of more than 100 meters, but we remembered not to dive further than 30 meters.  The seascapes that opened up before our eyes were fable-like, the rays of sunlight passed easily through the clear waters of the sea, reflecting its rays on the schools of tiny fish that passed speedily by us. We stabilized at the agreed depth and took advantage of the soft current that pushed us while the whip coral passed in front of us, as well as the enormous gorgonians, deer head coral, the black coral trees and the never-ending variety of things that I could not identify. But life exploded completely in the shallower waters: porgy fish, unicorn surgeon fish, butterfly fish in various colors, goatfish. This was what we had come to film, the images that we were capturing were impressive, but once more, it was time to return to the world of the land dwellers. 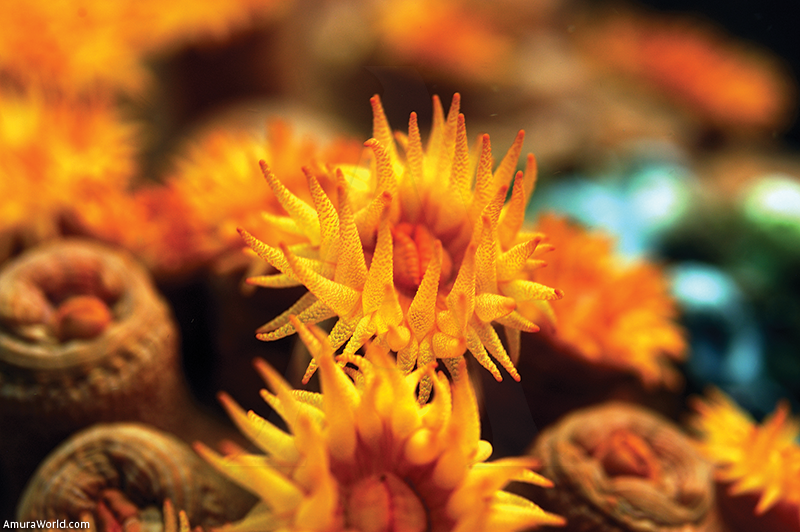 Mario, Octavio and Alejandro planned to visit to the lake of the jellyfish on Maratua Island; such a magnificent experience being able to swim without any protection at all, with hundreds or maybe thousands of marine creatures that are totally harmless to humans.  We learned that they move with the sun and have lost their powers of defense because they have no enemies in the lake.

So, little by little we approached the island of Sulawesi, to visit Baliugut, Motuo, Bunaken and Lambeh, all famous diving spots, because on the bottoms there are known little giants, creatures of shapes and colors so different for we are used to, so to see them, we needed a guide of the area to identify them. The dives are made very close to the shore and we were looking for fish that looked like leaves so we had to wait until they move before we could see them. Sea horses are the smallest creatures in the world, measuring just 2 mm and living all their life on a single coral. The mandarin fish appear when the sun starts to set. 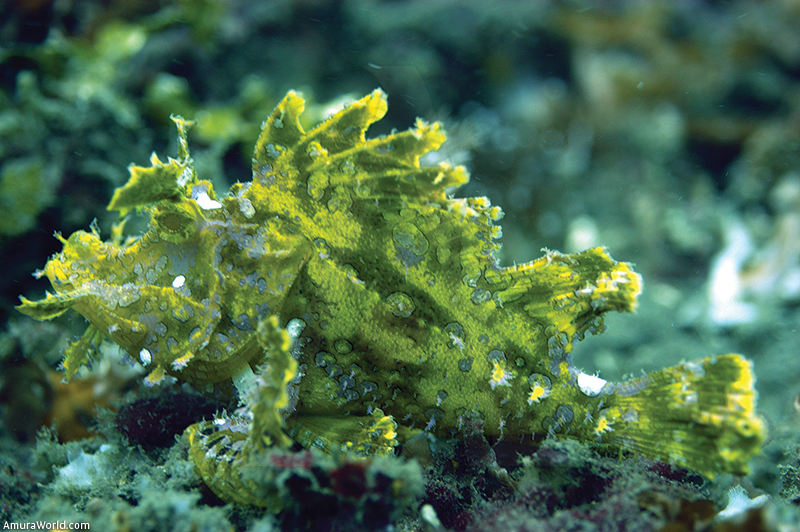 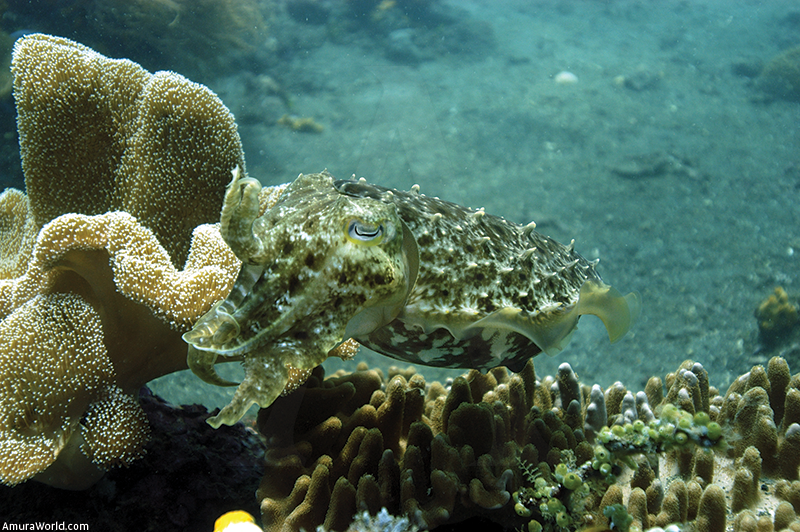 The pipe fish, falcon fish, scorpions, lizards, toads, global fish, and even crabs are difficult to see at first sight, and the mollusks, shell-less snails adorn the bottom with their defiant colors and shapes. All these animals mentioned went from being just simple names for us to become memories captured by the camera lenses of my experienced diving companions.

More than 200 million people live in Indonesia, a land which they proudly call Tanah Airkita, Our Land, Our Water. 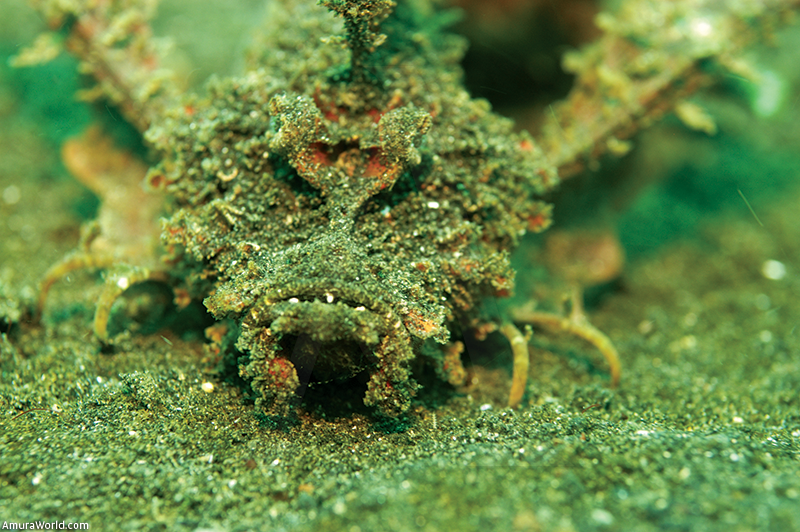