Traveling to the Republic of Palau

Since I received a telephone call for my dear friend Adrián Sada, I could hear from his tone of voice that now, the adventure would be for real. And I was not mistaken: he invited me to join the group that would undertake an expedition to the far-off seas of Palau. So it was, on July 13,2006,1 was realizing my wish to visit the mystic seas of Palau.

I was the first to arrive at the airport. One by one the other members of expedition arrived: Carlos Rojas (the bad one), Fernando González, who came from Puerto Vallaría; Adrián Sada, from Monterrey, Raimundo Alonso, from Puebla, and Carlos Rojas (ihe good one), from Mexico City. 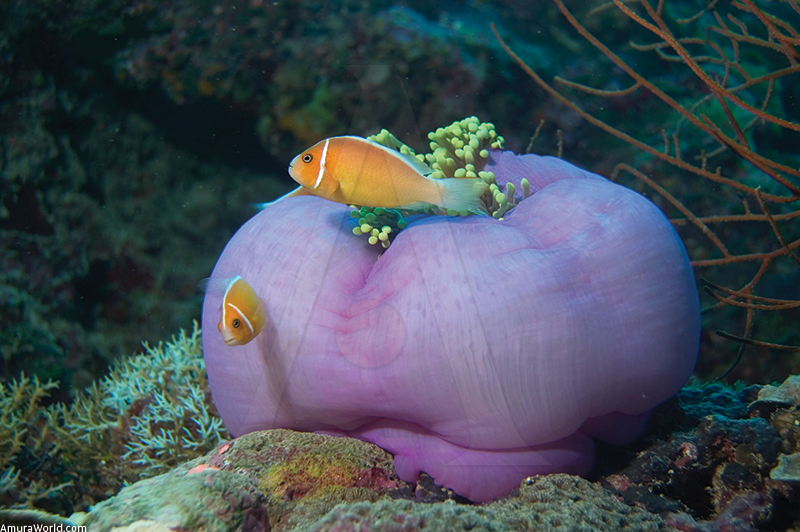 We boarded the plane that went take us to Maui, where we would spend a few hours adjusting before continuing on our exciting journey. We kept on flying and it didn’t get dark. What could be described as a sensation of passing an imaginary time line, which changed completely and the sunlight followed us for hours, until my watch told me that it was 11 p.m. in Mexico, but the sun shone with in its entire splendor.

But in the end, and after almost nine hours’ flying time, we were able to admire a wonderful landscape with intense blue waters, which changed little by little to a very clear blue color that contrasted with exuber- ant vegetation. With the excitement, although control- ling our desires to discover the marine depths, we landed at Koror Airport, the capital of Palau, where we were greeted by our guides.

During the long flight, I read about a place where we were headed and I was surprised to learn that the ori- gin of Palau continues to be a mystery. Apparently the inhabitants are distant relatives of the Malayan people of Indonesia, the Melenesian people from New Guinea and the Polynesians. It has been confirmed that one of the islands was inhabited up to several thousand years before Christ.

What we do know for sure is what happened in 1783, when Captain Henry Wilson landed on its costs. From that date, Palau has depended on various coun- tries, which have struggled to gain control over it. But it wasn’t until 1980 when its inhabitants achieved, with their vote, their own Constitution and on January 1,1989, it was constituted as the Independent Republic of Palau. Even more so, the Republic is an archipelago. It is located to the east of the Philippines and to the north of Papua New Guinea, and is composed of more than 300 islands, of which only nine are inhabited. 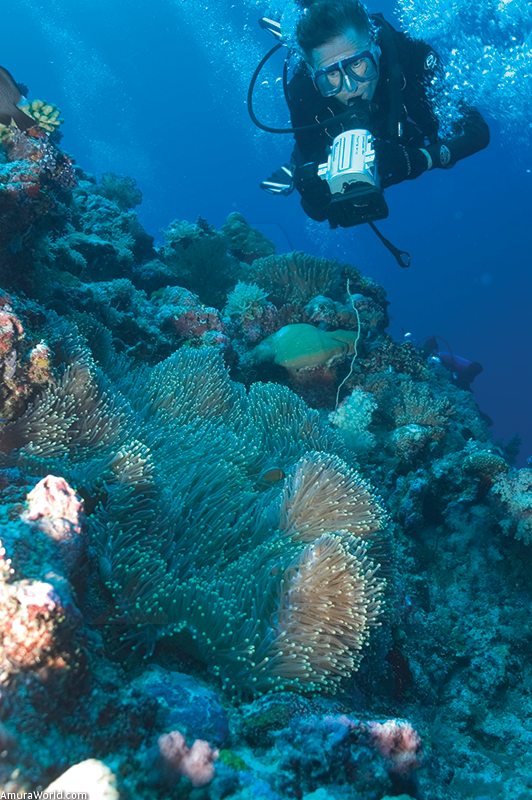 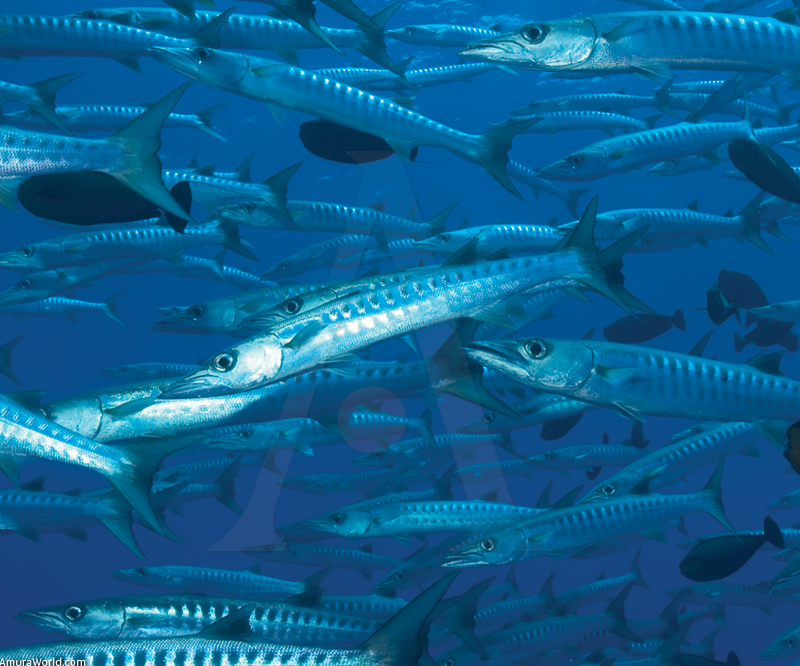 Of all the things I had heard about the underwater life of Palau, one of the things is that it has been described as one of the best diving spots in the world, and now I was there to discover it for myself.

It was not a bright day, the clouds threatened rain while we made for the sea in a very fast “panga”, totally equipped for diving, which transported us across a very blue sea and through channels between islands that looked like floating mushrooms completely covered in vegetation, to a place called Drop Off, where we would make a reconnaissance dive.

We had then the broken the mirror of the water and submerged a few meters when I realized that every- thing I had been told or had read about diving in Palau was no exaggeration.

Even though I already knew parts of the reefs in the area, I could not remember having seen a place like this, with so much life and color. The water seemed not to exist, the temperature was ideal, the currents was sufficiently strong to take us from one place to another giving the sensation of flight. We didn’t need to see everything, just little by little in order to be able to enjoy it.

We spent almost an hour underwater observing the beautiful butterfly fish with their different tones, the very fast lionfish with its imposing fins, the enormous Napoleon fish, the graceful eagle rays that looked like they could fly in shallow waters, the pleasant unicorn fish, the pointed fish, the enormous anemones with their vibrant colors, where the warlike clownfish live, which ceased to be just a simple name and became photographs in my archive. Everything else that we could see seemed to be beings from fairy tales. 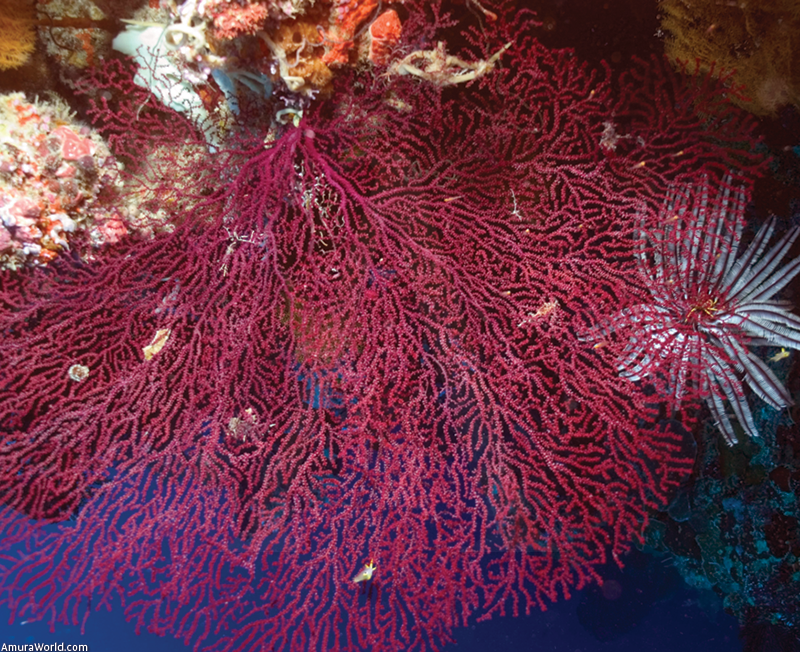 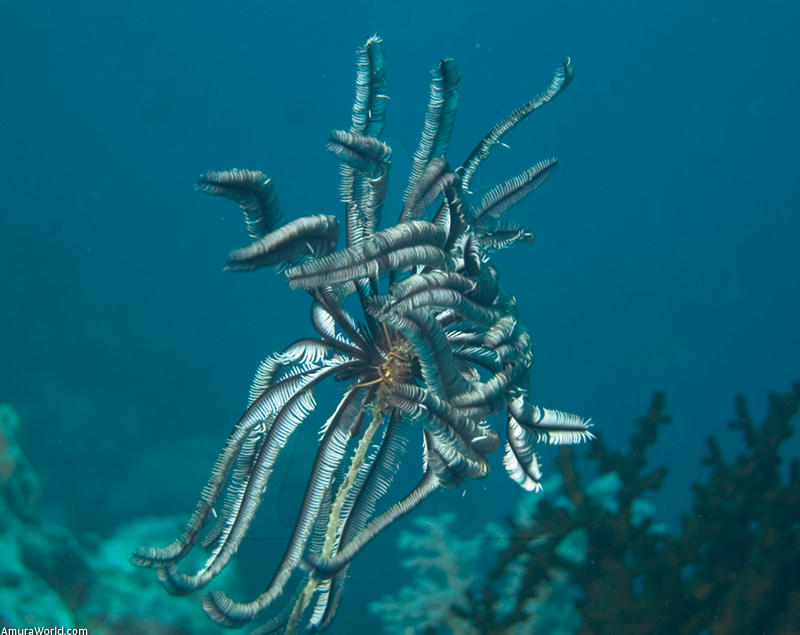 We spent the time diving, seeing and learning about the incredible sea beds of Palau, each dive becoming an adventure. We dived three times the day to see some of the best places such as Chandelier Cave, German Channel, Big Drop Off and Turtle Wall. But without a doubt the best place was the most spectacular and famous of the region, known as Blue Comer.

From when we arrived and moored the boat to the buoy, we could see the incredibly attractive colors of the sea. We dived in the middle of some shoals of tiny, brightly colored fish and stayed at a depth of 60 feet, while the sharks passed quietly by us.

When we arrived at the plain, as previously agreed, the guide told us to take out our hooks and secure our- selves to the sea bottom, which we quickly did. Then the show started: fish of all types, sizes and colors swam all around us, meanwhile in the steps the white, black and gray tipped reef sharks passed in front of our cameras as if they were in a large avenue.

All our attention was focused on the beautiful coral wall in front of us making it difficult to look anywhere else as we didn’t want to miss the slightest detail. The surprise was enormous when we looked back into the face over the enormous Napoleon fish, together with a curious-looking snapper.

We used up the air in our tanks quickly all the time we refused to wake up from this fantastic dream. But there was more, on our ascent to the surface, we came across some completely mind-boggling coral gardens, with two enormous tipped chemia living among them. 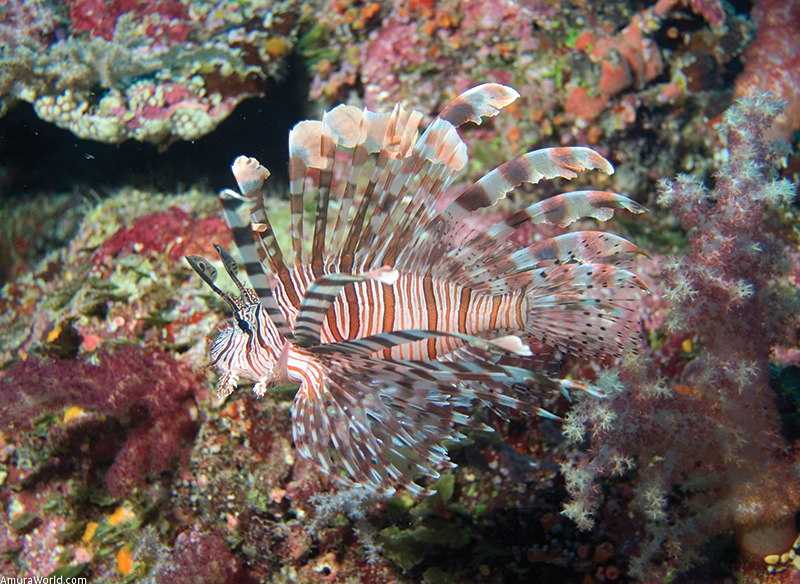 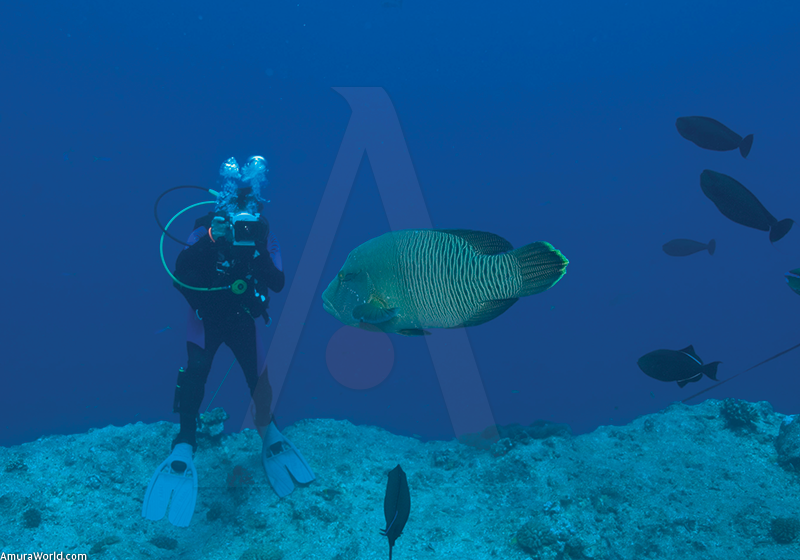 One of the places that most attracted our attention was the lake of octopi, which like ghosts, seemed to wander as a depth of about 5 meters in such great quantities that you can get lost among them and the best thing all is that they are totally harmless. The lake is called Jellyfish Lake, an incomparable salt-water lake formed in the middle of Mecherchar Island.

The guides took us snorkeling to the place where the giant clams reach a weight of more than ISO kilos in a variety of different colors.

In a few days that I spent diving, I was able to confirm that few places in the world offer such wealth and diversi- ty of marine life; therefore Palau is considered by natural- ists as one of the seven underwater wonders of the world.

I was able to go there can enjoy such magnificent beauty thanks to the generosity of my friends and diving companions.

Thank you, Fernando, Adrián, Carlos (the good one), Carlos (my angel) and Raimundo, for sharing this dream that is so important for me. 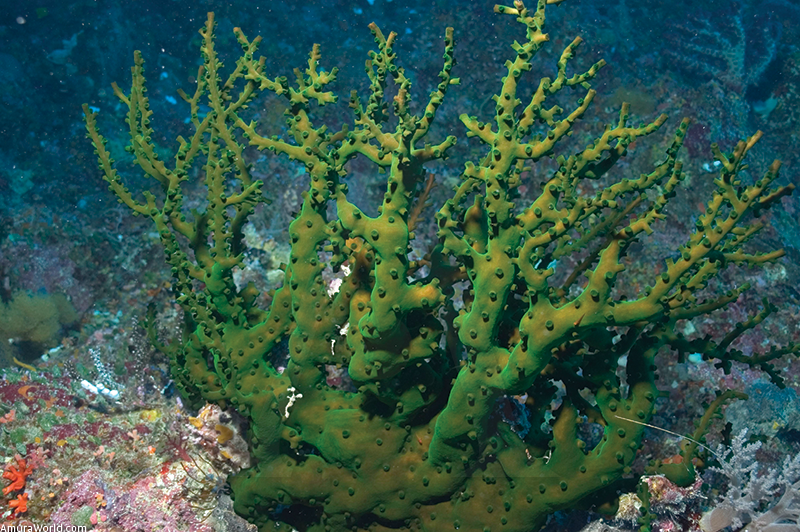 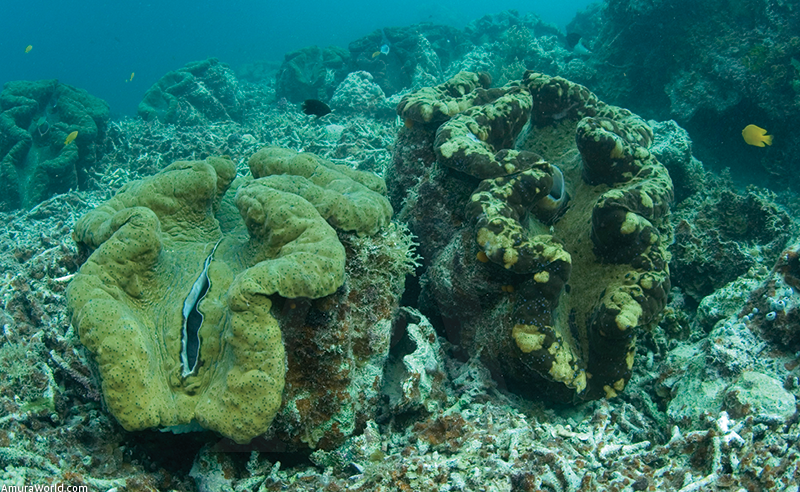