Isabel Island is situated 28 kilometers from the Nayarit coast and belongs to the Municipality of Santiago Ixcuintla. On arrival, the first thing visitors notice is how green the island it and the two peñascos called “Las Monas”, which are the remains of an eroded volcanic edifice, IS meters above sea level.

With an area of 194 hectares, the island was decreed a National Park on December 8, 1980; therefore, in order to visit it, a permit is required from the CONANP offices in San Bias.

There are no permanent human settlements on the island, only a fishermen’s camp at Boca de Camichin from November through May.

Of volcanic origin, the island has a crate immersed in a greenish salt water lake that is believed not to have an outlet to the sea and a maximum depth of 20 meters, has little visibility and a muddy bed. 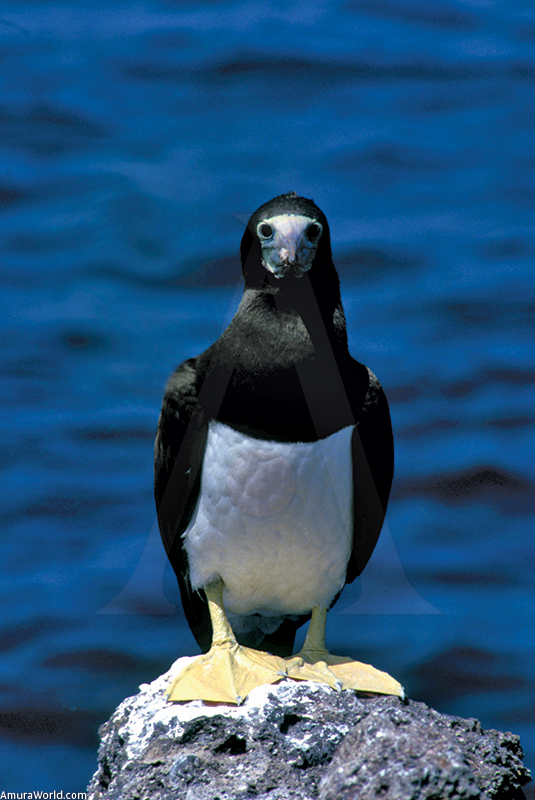 The most important characteristic is the variety of birdlife that visits the island, much of which nests there; the most sighted during courtship is the frigate bird (Fregata magnificens Rothschild). The male, to attract the females’ attention, builds a nest above the thicket and then puffs up its red crop and shakes it from side to side making a warbling resonant sound and fills the environment with color.

Another marine bird that nests on the island is the brown booby (Sula leucagaster), which means the white chested booby. This species is characterized by its special tolerance of human presence, which allows people to approach their nests and when practically above the nest, they flee leaving visitors to see how many eggs they have laid. 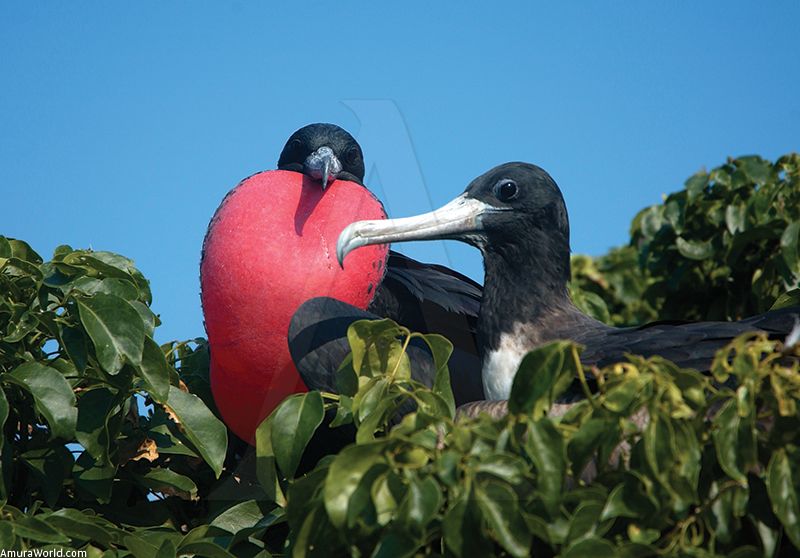 Boobies build their nests on the ground and despite their vulgar name, they are elegant and extremely beautiful birds. In the afternoons, they can be seen taking flight toward the sea, where it dives on its prey of mainly sardines and flying fish.

Throughout the day, hundreds of boobies, curious and restless for their young, fly just centimeters above our heads. There are hundreds of nests so we have to tread carefully. 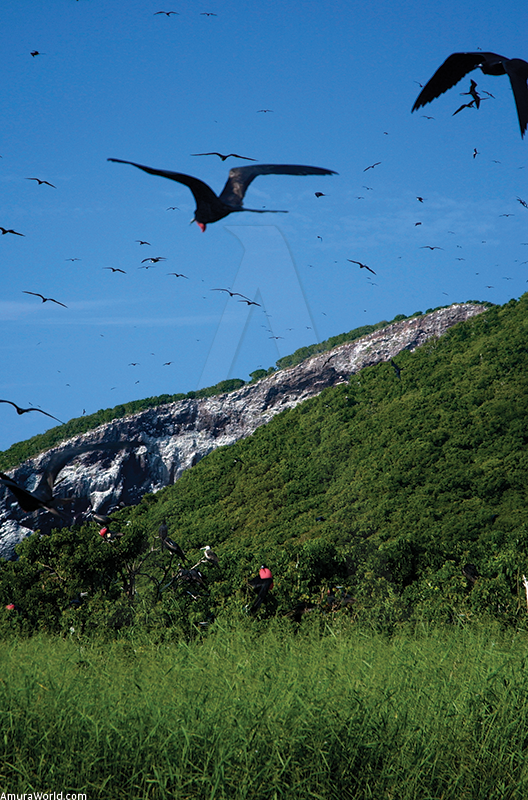 At almost any time of the year it is common to find white feathered, black billed chicks all over the islands, which are much more bellicose and intimidating than their parents. As the dis- tance between the nests in some areas is approximately two meters and the amount of young and adult birds in immense, there is an immense screaming.

For the booby, the search for food starts at sea, after catching a fish, there will always be frigate bird that will try and snatch it. Because frigate birds cannot dive, they are specialists in aerial piracy, forcing the other marine birds to let go of their prey so they can snatch them as they fall. 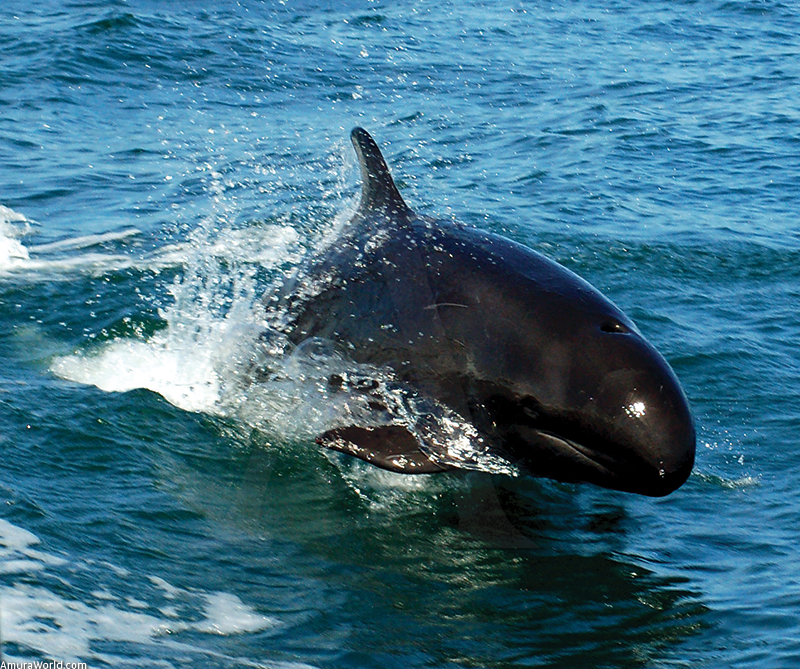 Isabel Island is located in the transition zone between tropical and subtropical waters and in a sense, it is considered the door to the Sea of Cortés, which makes it an extraordinary place for whale and dolphin watching. Its climatic conditions and ocean currents attract many tropical species, such as the spotted dolphin (Stenella attenuatta), animals from colder climes, such as the humpback whale (Megaptera novaeangliae) and even the killer whale (Orcinus orca). 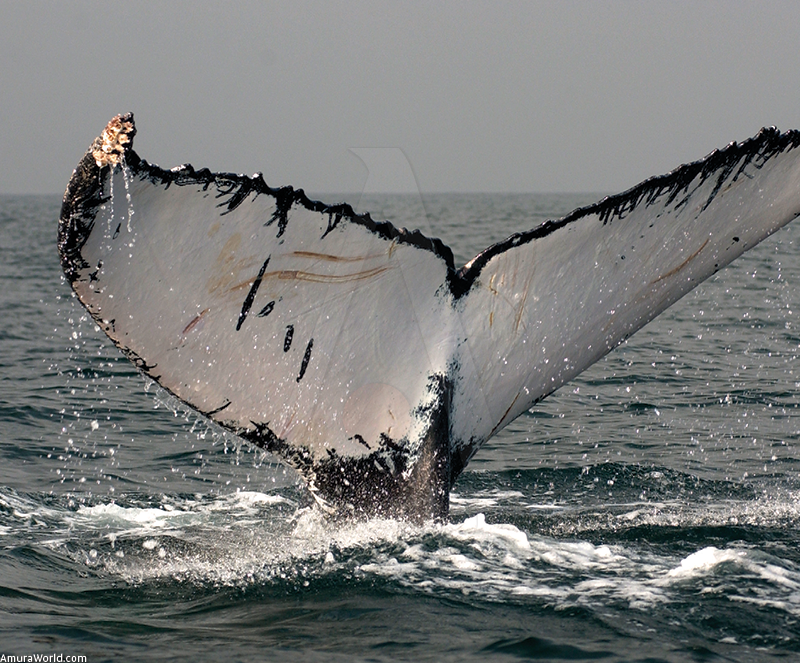 So on land, the spectacle of offered by the bird and in the sea, by the marine mammals, as well as the sharks and the wide variety of fish that can be found in the island’s waters, or diving or snorkeling are a great attraction of the island.

Isabel Island, together with other as yet unknown islands has become an ecological laboratory that will help to create in the new genera- tions the awareness we so badly need to conserve our planet’s nature.