The birds of the Marietas Islands

The Marietas Islands are a small group of islands to the south of Nayarit located 25 miles (40 kilometers) to the west of Puerto Vallarta, in the mouth of the Banderas Bay. Their volcanic origin is related to the opening of the Gulf of California and presents a large amount of open caves and rocky terrain as a consequence of their rising up during their formation process. There are also rocky plains with pastures and Bromelias that grow on the two larger islands.

Its tropical and subtropical climate at different times of the year offer ideal natural conditions for various resident and migratory marine species to nest. Varieties of seagulls and terns can be observed nesting in large groups on the edges of the islands toward the end of the winter.

Moreover, the Magnificent Frigatebird (Fregata magnificens) nests within the thickness of the Bromelias, using the plants’ thorns to Project its nest. This species does not dive under the water to fish for food; instead it snatches food off the surface or steals the prey of other birds, such as gulls, boobies, etc. 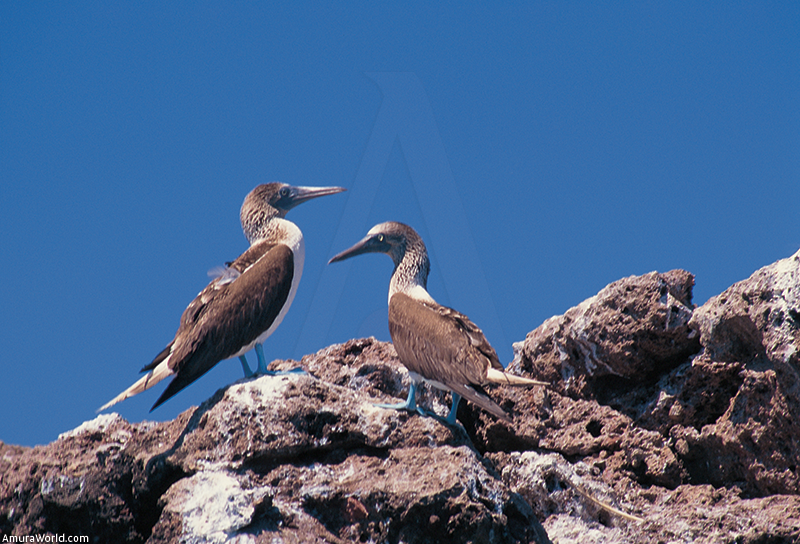 Another common species is the neotropic cormorant, which lives in small groups on the exposed part of the round island. On occasions, some lone individuals pose on the rocks at the edge of the islands, blending in with the dark color of the volcanic rock of the islands.

The presence of the Blue-footed Booby (Sula nebouxii) throughout the year is notable and stands out from the other species because of its bright blue feet. This species nests abundantly on the large islands of the Gulf of California and the Marietas Islands are the most southerly nesting site within their distribution in North America. The species is known the world over for its presence in the southern hemisphere, in the Galapagos Islands. 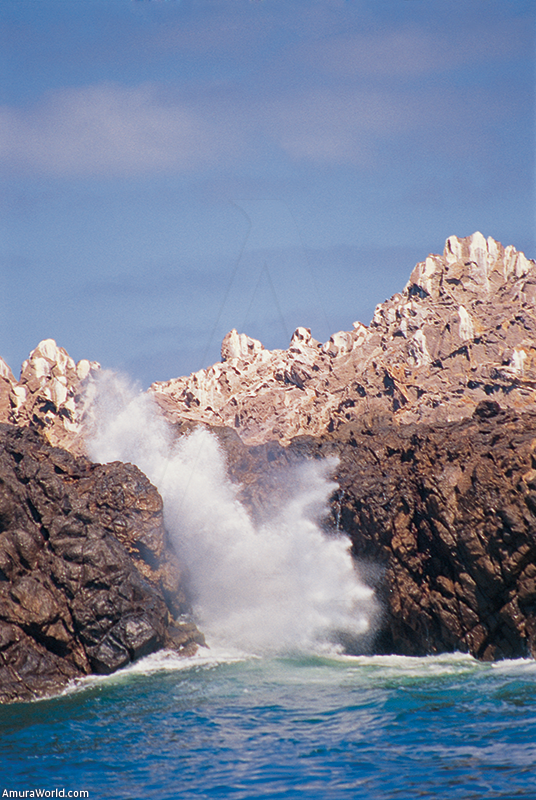 The Brown Booby (Sula leucogaster) also nests and resides on the Marietas Islands the whole year. Both species feed on small and medium-sized fish and they can be seen flying in formation over the sea and diving spectacularly on banks of fish. The boobies nest on the pastures during winter and their chicks are born in early spring and can be often observed at the edges of the islands showing the white and ruffled plumage, which gives them a vulnerable appearance.

Some species do not nest on these islands; however, they use the surrounding waters to feed. Some of them are coastal, such as the Little Blue Heron, the Snowy Egret and the Tricolored Heron, while others are oceanic and live a great part of their lives in open sea areas, such as the Red-billed Tropicbird (Phaethon aethereus mesonauta) and the Black Storm-Petrel (Oceanodroma melania). 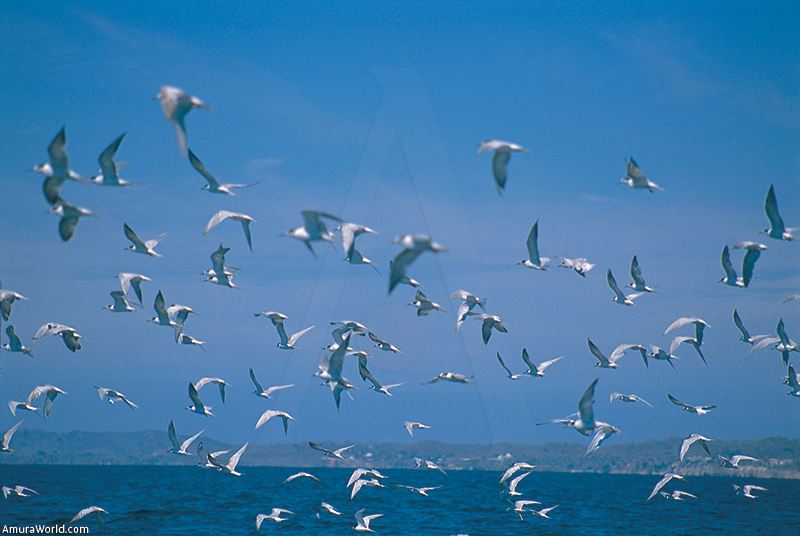 The Brown Pelican resides in this area throughout the year, normally in small groups; however, a spectacular sight at the beginning of winter is the transit of the white pelican, which flies over the islands on its migration south in long formations.

The wealth of the waters that surround the Marietas provide food to the bird communities that inhabit them and is much more abundant during the winter months due to the influence of the California current that brings many nutrients. So the winter is when there are the largest variety and amount of birds and is when a numerous naturalists and bird lovers visit the islands in search of an encounter with the exotic species that list in this paradise of the Mexican Pacific. 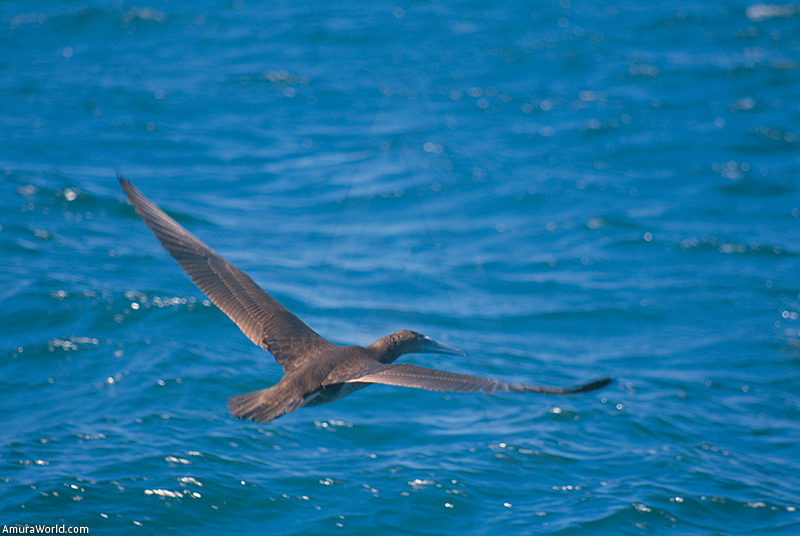 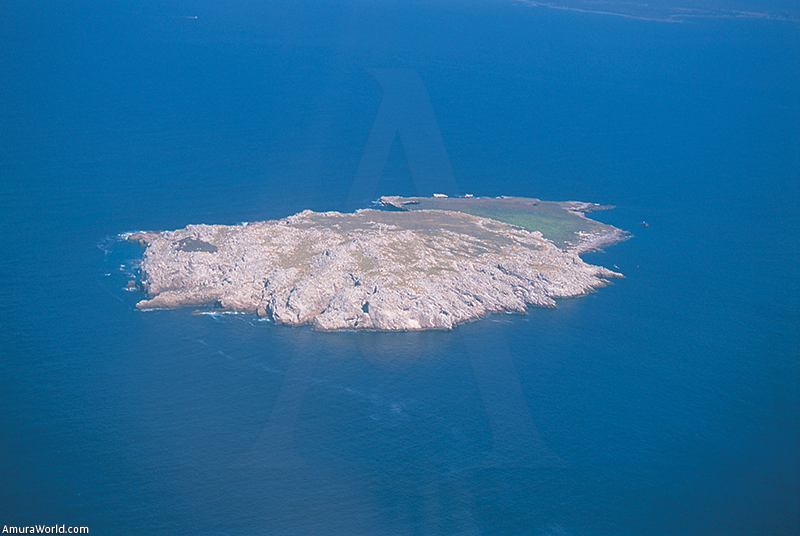