The Killer Wale, the most prolific ocean predator

The most impressive encounter that I have experienced with a marine creature, with a killer whale in fact was when I saw it swallow a turtle in one mouthful. Generally, to us humans, the way in which this great mammal hunts it prey and feeds seems savage, so much so, it has earned the name “killer whale”. However, its impressive intelligence and physical adaptations to conquer the marine environment have fascinated many marine researchers and people in general.

The Orcinus orca, commonly known as the “orca”, is the largest species within the dolphin family and the most cosmopolitan, since it inhabits all the seas on our planet. Individuals up to 500 miles out to sea have been observed from the coast and are found in their highest concentrations on the continental shelf. They are more frequently found in cold and temperate waters rather than tropical and subtropical seas. 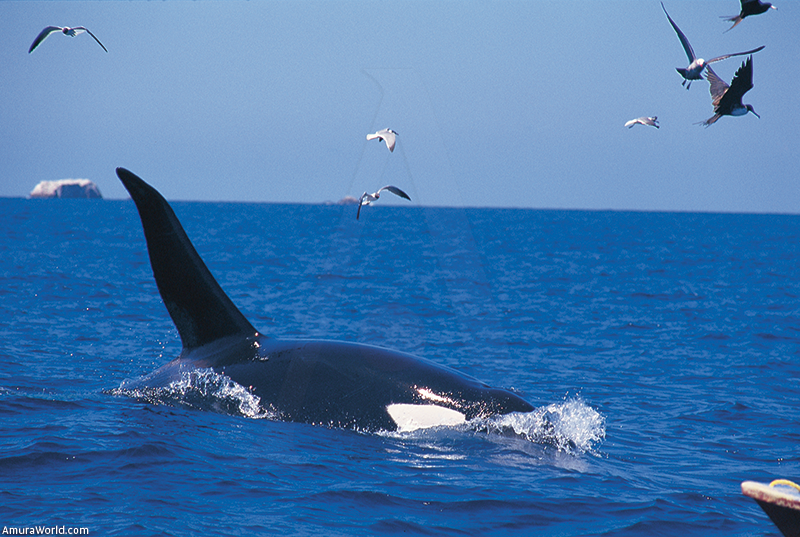 Various studies conducted in the North West USA show that killer whale populations have been classified into two main genetically different types or “races”. These types can be distinguished by their appearance and behavior, but above all by their feeding habits.

Transitory killer whales cover large areas of the oceans and feed mainly on marine mammals such as the young of gray and humpback whales, sea lions, other dolphin species or porpoises. They travel in groups of 1 to 7 individuals; they do not make sounds very frequently and dive for long periods of between 5 and 18 minutes’ duration.  Resident killer whales cover a smaller area of the ocean and normally feed on fish. The live in numerous groups of 25 individuals or more and frequently vocalize. 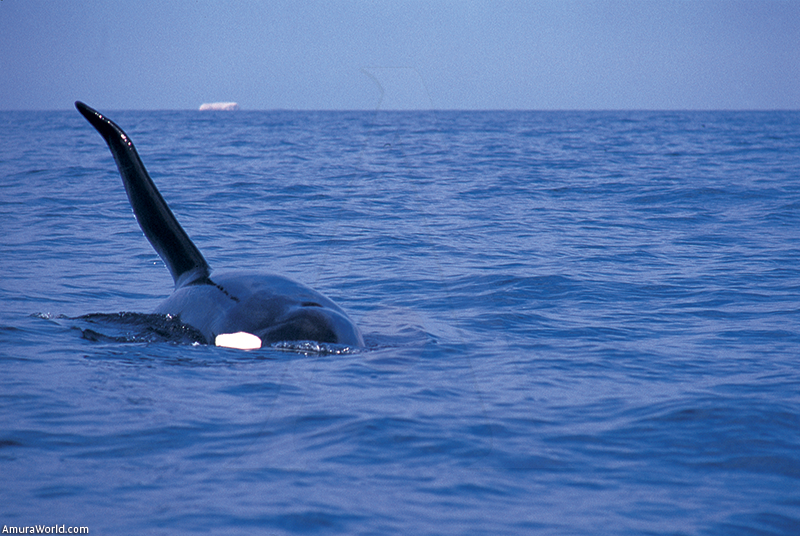 Their social structures are very different. Transitory killer whales have a more fluid social system that the more stable associations of the residents.  A typical group of transitory killer whales consists of the mother with two or three calves or various adult females of unknown relationships. Some young individuals separate from their mothers on reaching adolescence, normally when their younger brothers arrive. However, adult males usually travel alone and on occasions associate with other males to hunt in groups.

The resident whales live in clans, in stable groups formed of various female parents, each with their respective young. The calves stay close to their mothers while they are alive. As a result, resident whales form numerous groups containing three or four generations simultaneously. This social system is very rare, not only among whales, but among mammals in general. 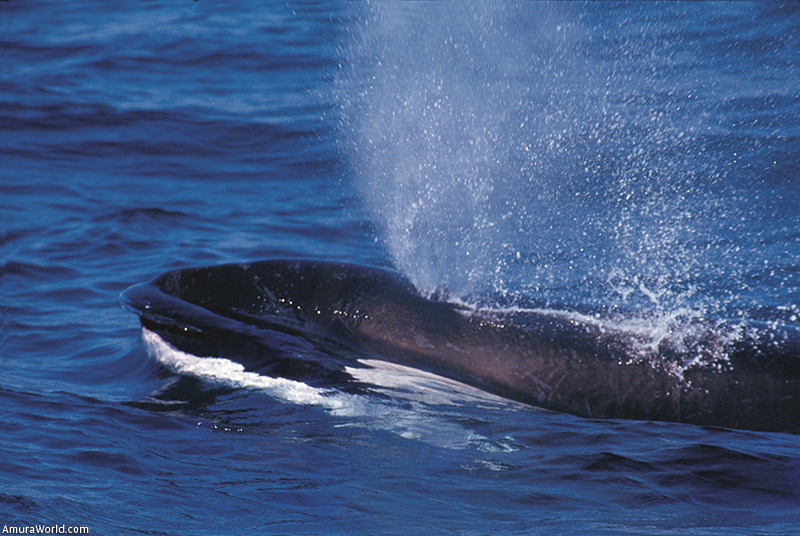 There is evidence of groups of killer whales with mixed diets, which demonstrate transitory behavior, but besides eating mammals, they also eat turtles, rays and other fish. Evidence also exists of killer whales that live in the open sea in deep waters, with resident behavior; however, it cannot be confirmed whether or not marine mammals are included in their diet.

This variety of types of killer whale shows that they have an amazing capacity of adaptation to the marine environment depending on the availability of food, which is exactly what makes the killer whale the most prolific ocean predator. 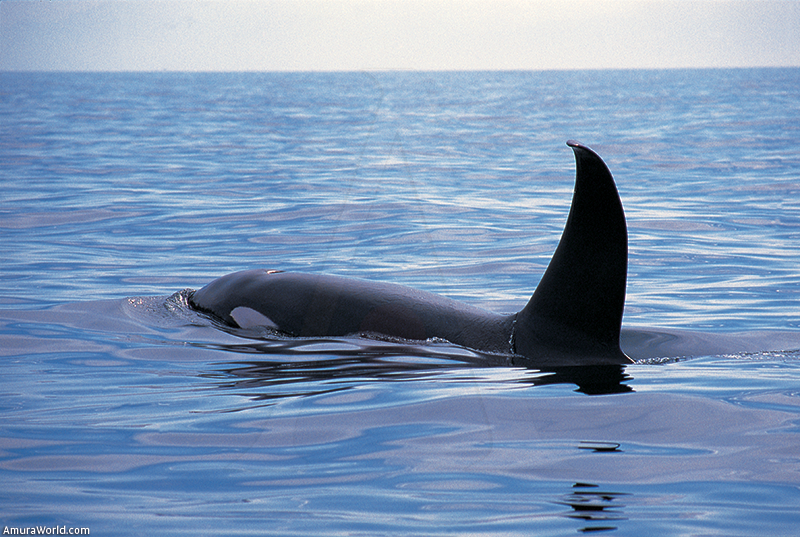