The Cementery of Shipwrecks

It was a brilliant day, the sun shone down directly on our backs, the sea looked calm and the occasional wave rose up on the horizon.

The compass showed that we were heading due South, following a large Mayan reef, which is part of the Mesoamerican Reef System, which as a whole, is            the second-largest in the world, after the Australian Great Barrier Reef.

Little by little the beautiful island of Cozumel disappeared behind us while we sailed in the imposing Caribbean Sea on a constant due South heading.

We all started this journey full of enthusiasm, since 100 miles away the fabulous Chinchorro Reef awaited us, where we would spend the next 10 days scuba diving and admiring its beauty, both underwater and on land. 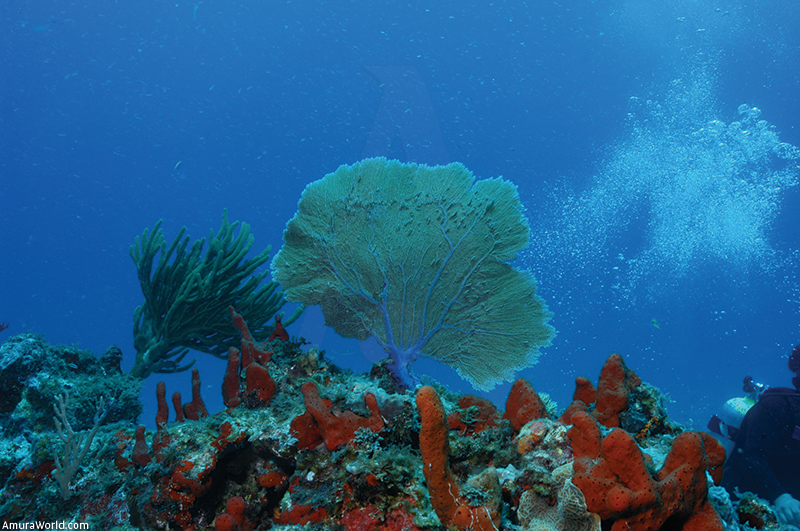 In 1996, the then president of Mexico, Ernesto Zedillo Ponce de León, declared Chinchorro a Biosphere Reserve and from that moment on, its flora and fauna have been cared for as if they were a great national treasure.

Now I understand the why of it all because from the very first dives we were able to observe the coral reef of singular and exuberant beauty.  The spongy reefs are so large that an adult could totally disappear inside one of them. 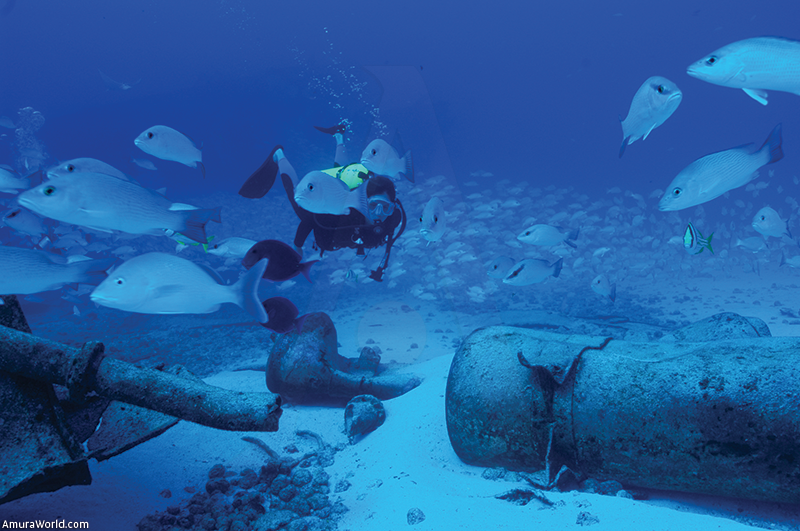 The Chinchorro Reef is surrounded by a belt of hard and rocky coral, which together, is more than 115 km long.  Along the length and width of its interior, numerous areas of growth are distributed, which await the anxious visitors from land in order to show off their most precious jewels.

Anywhere we chose to dive would meet all our expectations since the sea is one of the most noble waters in which to go diving; its waters are very clear, warm and with very little current. Without any discussion, we could choose the depth and the level of difficulty of the dive.  And once on the seabed, each of us could see what we liked most in a very small area and a few of us chose to observe and classify the different corals. 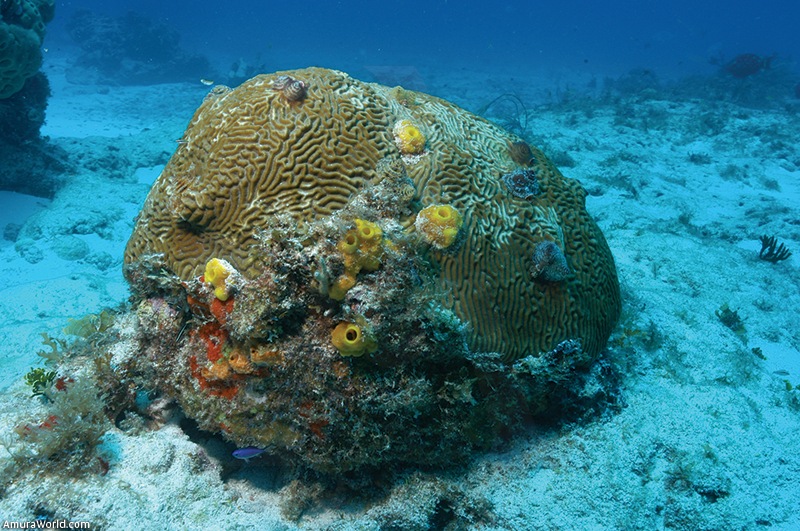 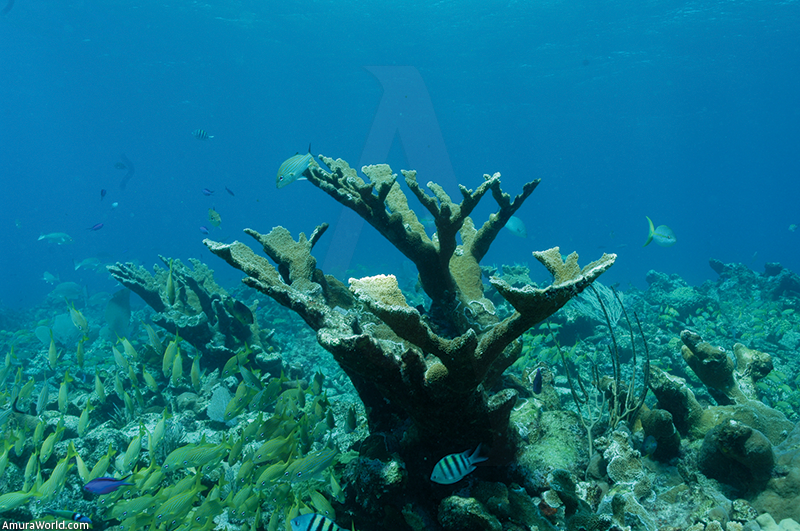 From the coral lovers, I learned that these forms are not rocks, but living organisms that are very important for the ecosystem, since they are the main reef builders.  The reef building characteristic is due to that the organisms’ skeletons form a rigid calcium carbonate framework on the substrate and all the structures together constitute different habitats used as a refuge for reef organisms such as snails, lobsters, crabs, starfish, slugs and fish.

The coral takes on different forms depending on the species and the depth at which it is distributed   The most well-known forms are staghorns, brains, pillars, candelabras, hands and flowers. 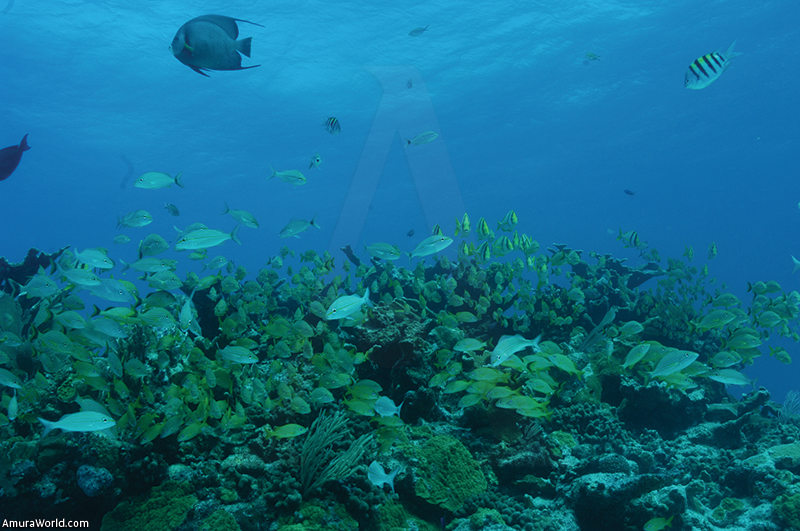 Another group of divers paid more attention to the variety of fish that inhabit the reefs and their exclamations of amazement could be heard when seeing the sizes and shapes of fish that paraded before their eyes. Most of these fish can be considered as resident, including typically territorial species such as the trigger fish, the blue tang, butterfly fish and all kinds of angelfish.  All the species use the reef as a refuge, to obtain food and even in some cases as a breeding area, whereas others, such as gray rays, jurels, coronados and barracudas are merely visitors that swim around the reef. 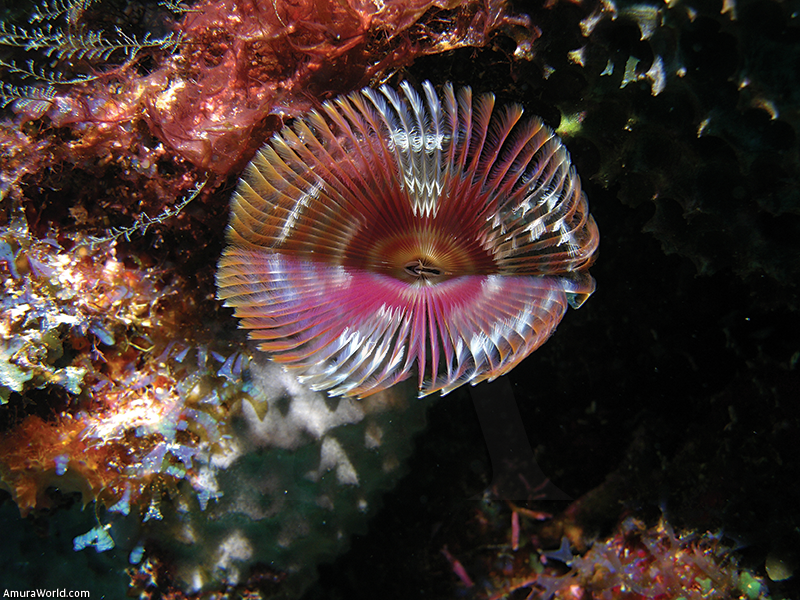 One of the dives that united the whole group was a dive to the sunken ships.  >From the first dive, to the remains of a galleon known as the "40 cannons", our expedition took on a new meaning and a more defined purpose: to explore, video and photograph the remains of these ancient ships that have spent hundreds of years on the seabed.

"Chinchorro" is the name of a Caribbean network used for fishing scaly species in coastal waters and it is likely that ancient mariners named the reef due to the large amount of ships that had become trapped in the coral barrier, as well as the fish which remain inert in the network. 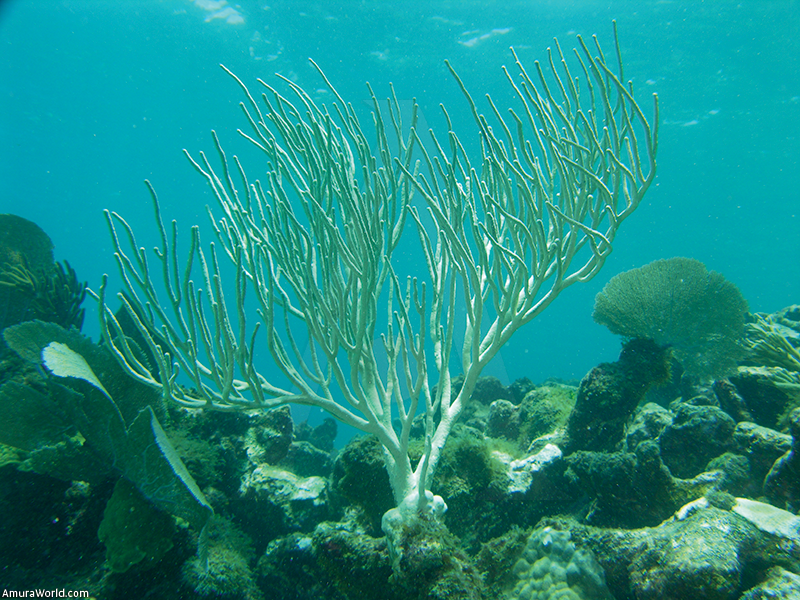 Today, 18 galleons that were shipwrecked between the 16th and 17th centuries and approximately 12 more vessels from the modern age have been documented.  Therefore, the reef is known amongst diving enthusiasts as the largest "shipwreck cemetery" in the country.

Diving in the waters of the Chinchorro Reef, whether by day or by night, offers a unique experience due to the enormous variety of coral, mollusks, fish, crustaceans and algae that form a spectacular panorama that we will remember for many years to come. 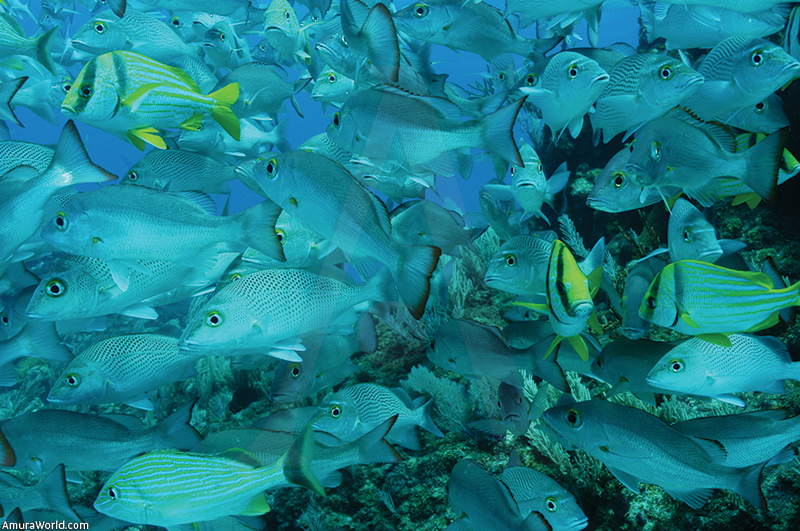