The dream was beginning to come true: a long awaited trip, an adventure to the far seas of Ecuador. It would start in Panama, and continue on to Guayaquil and Isla de Baltra, our final destination in the heart of the Galapagos Islands.

Following a warm welcome, we decided to organize our baggage in what would be our home for seven days, Nemo, an 85-foot catamaran for 12.

The first surprise occurred at the dock, when we spotted a sea lion sleeping peacefully under a broken down truck. If this could happen near the airport, what would the remote islands have in store for us? 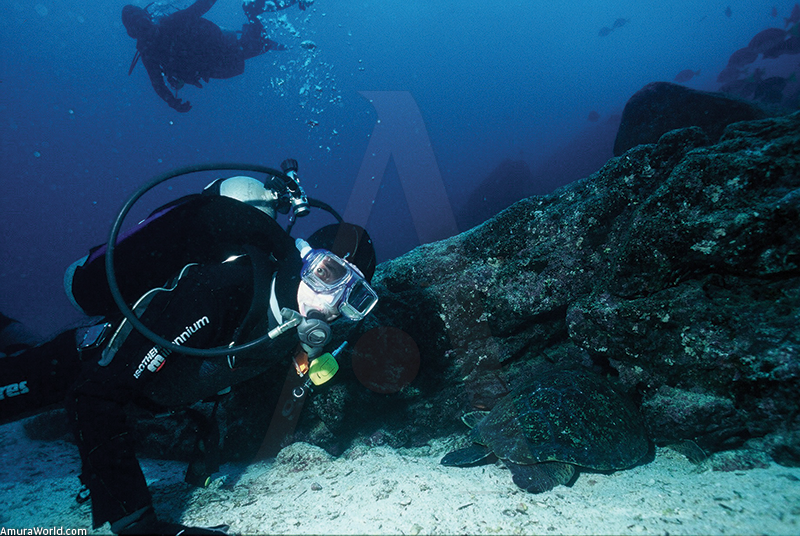 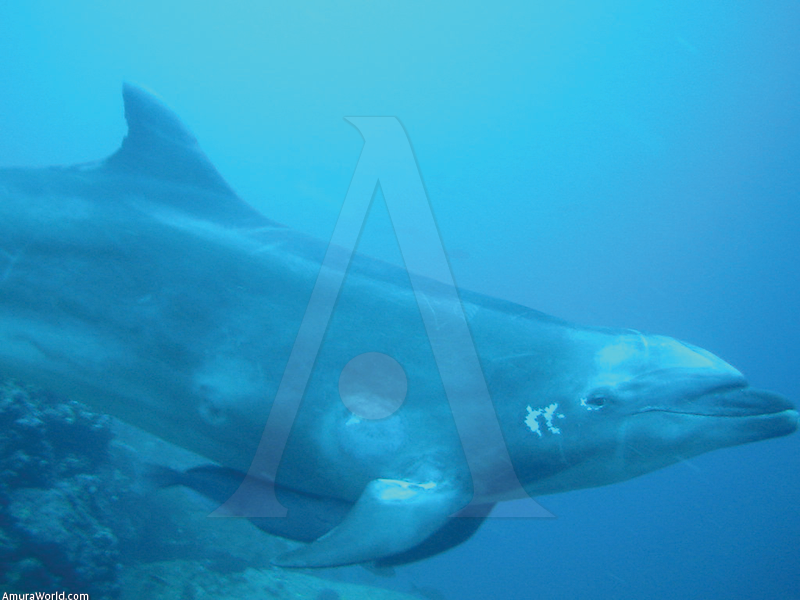 The first stop on this journey was the completely uninhabited Isla de Wolf. Its rural landscape revealed sharp rocks, an endless number of caves that open out to the sea and high cliffs where a great number of sea birds find shelter. We sailed through the afternoon and night and arrived at what would be our first immersion. The trip was calm and uneventful save for the presence of the happy dolphins that followed the Nemo. We dropped anchor in Bahía Tiburón.

The semidry 7mm neoprene dive suits really performed well in the water. It was quite cold because of the currents that flow from southeast Peru and originate in the Antarctic. This and the coastal current form the famed “Humboldt Current”.

These are the undercurrents that provide a perfect home for species that would usually not encounter each other in any other part of our world; Moorish idols and penguins, parrotfish and marine iguanas, sea horses and whale shark.

At dawn, the ship set sail towards Darwin’s Island. At sunrise we could see the landmark known as Darwin’s Arch in the horizon. The descent began right there: 60 feet away there was a small volcanic shelf which provided an excellent observation point.

An amazing number of hammer sharks, most of them female, became visible. Their mouths are small compared to their bodies and head, but this is compensated by their great speed and agility. Apparently, it is the head that helps them steer quickly in a much smaller radius than the rest of sharks, a trait that is not only useful for protection, but also of help in providing food.

The surprises would continue. A sharp sound became more intense: its origin was not identifiable but it was plain that whatever was producing it was close. Suddenly, the silhouettes of dolphins, coming closer and closer, appeared in the depths of the sea, a unique experience at 60 feet surrounded by whale sharks, turtles and tuna. This is the center of Darwin, this is Galapagos! where the phenomenon and mystery of life is also manifest in even the smaller species, as evidenced by the fish that come up to the surface to deposit their sperm so that their life cycle can continue. 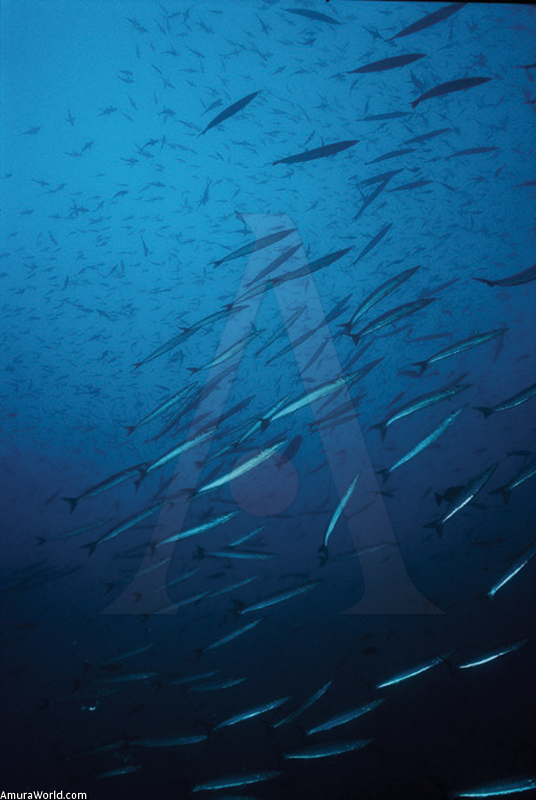 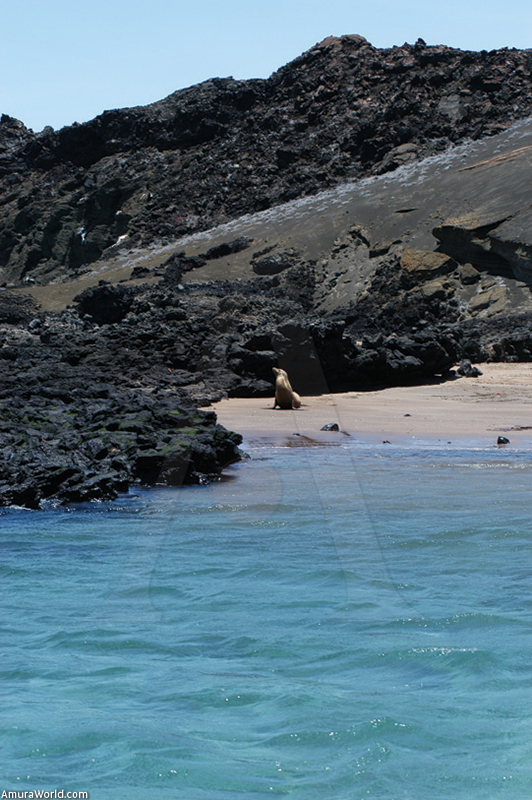 In the World’s Balance

The next stop was Isabella, the biggest island and the one with the most volcanic activity in the Equator. Here the GPS marks exactly 0° 00’, we are literally at the world’s point of equilibrium, where north and south cease to exist and become this unique place where extremes meet.

Turtles and brittle stars awaited under the surface, so did graceful eagle rays and sea lions that, without paying much attention to the presence of humans, searched for food among the cracks at the bottom or played with the cameras. There were also many types of sea stars including chocolate chip and blue.

Following intense night diving, we took off for Isla de San Bartolomé in search of the cute penguins that reached the Galapagos because of the Humboldt Current. These penguins belong to one of the smallest species in the world.

To end our tour of the Galapagos, the guide had an ace up his sleeve: Gordon Rocks, a spot for only the most experienced divers, affords glimpses of eagle rays, common rays and Galapagos sharks and, most importantly, an extremely diverse explosion of life, fish of all colors, shapes and sizes. Before leaving we thought about the saying: “there is no other place in the world like Galapagos”. 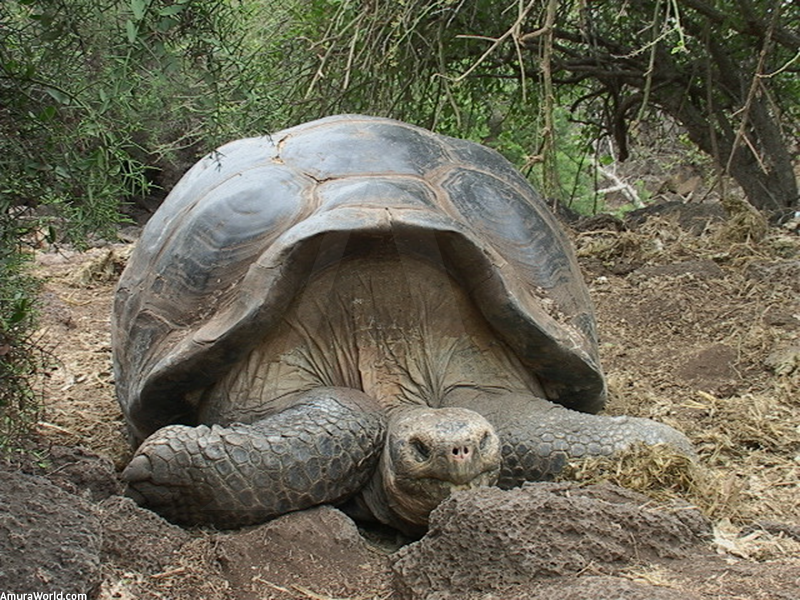 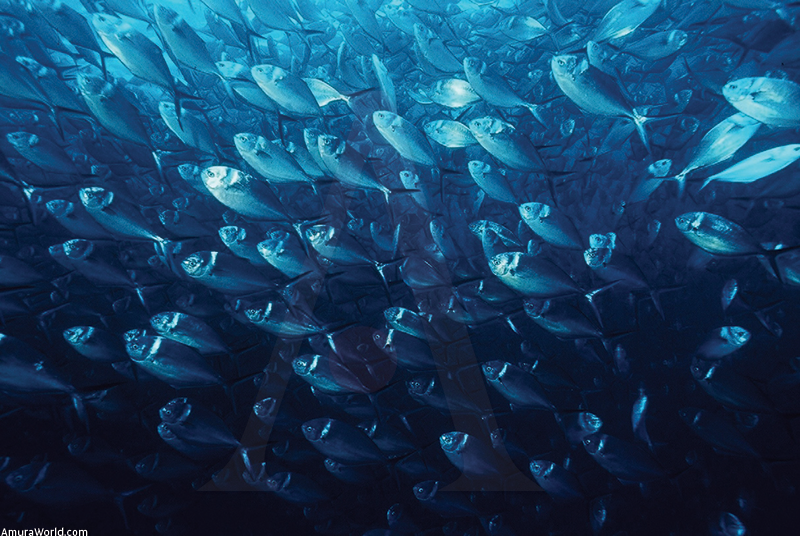