Even though the exploration of Yucatan’s caves  and cenotes (sinkholes) dates back to the last  century, it wasn’t until recently that this activity  could be done efficiently. This new development is  the result of the invention of sophisticated diving  equipment that allows divers to spend longer periods  under water.

Some 20 years ago, cave diving, previously an  unknown, mysterious activity, became a lucrative,  highly specialized activity of the diving world.

Diving in sinkholes is very technical, so experience,  training, education and the right equipment are  a must for this adventure. When any of the aforementioned  elements is missing the sport becomes  extremely dangerous. 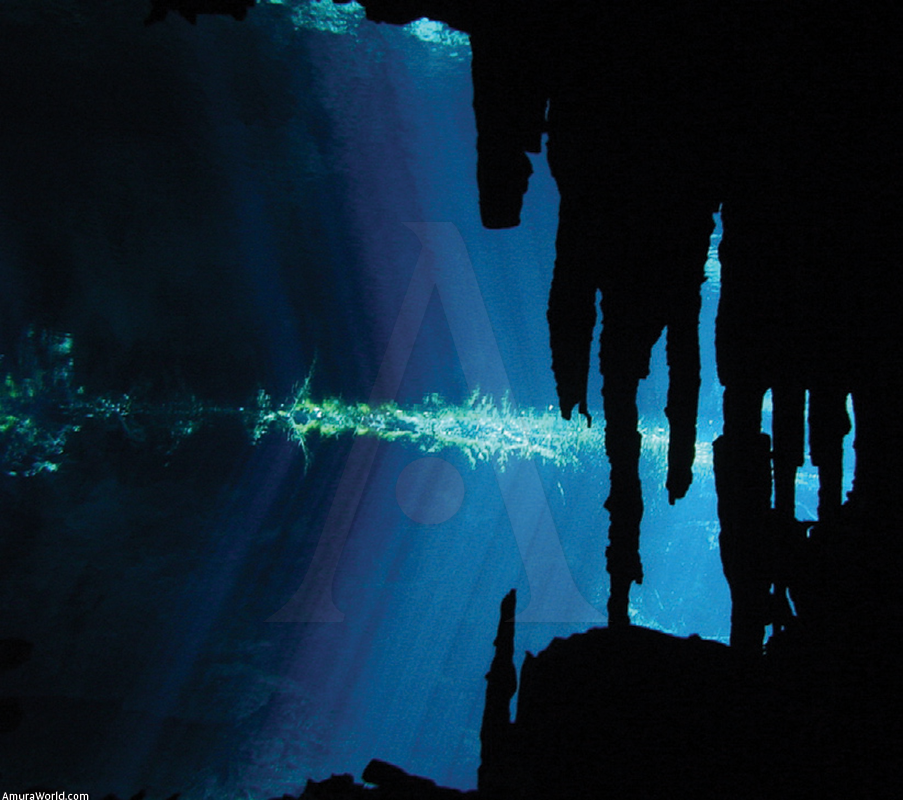 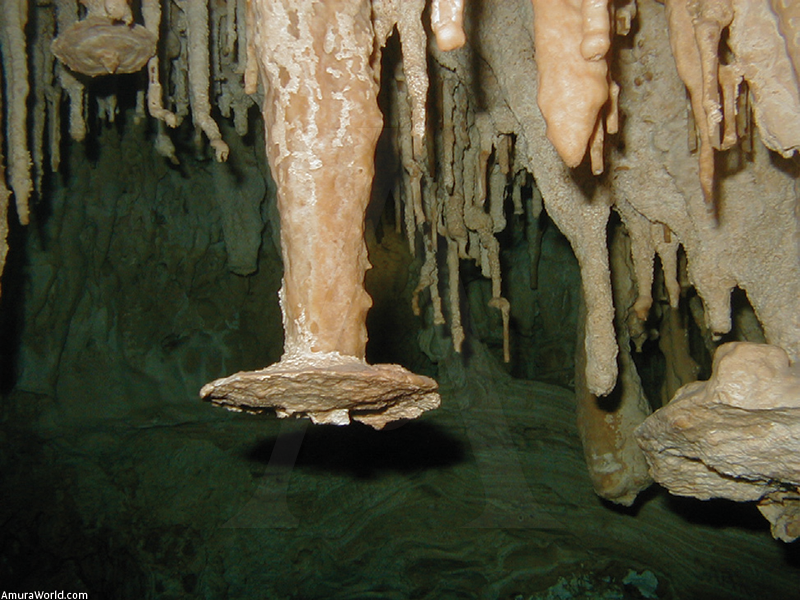 The word “cenote” comes from the Maya dzonot,  which means “sacred hole”. They are subterranean  rivers that emerge as small lakes or springs in some  places on the Yucatán Peninsula. The ancient Maya  utilized them in their everyday life as all their settlements  were established near these bodies of water.

They used them as sources of water as well as for ceremonial  purposes. They also threw their sick and  dead into the cenotes because our ancestors believed that they were doors to the underworld. There are several  kinds of sinkholes. The most common in Mérida  are the “vertical” ones which can reach depths of  over 100 meters (328 feet). “Horizontal” sinkholes  are more frequent in Quintana Roo and have a maximum  depth of 15 meters (50 feet). Others, known as  “chultún”, are man-made holes used as water  deposits, very handy during the dry season. 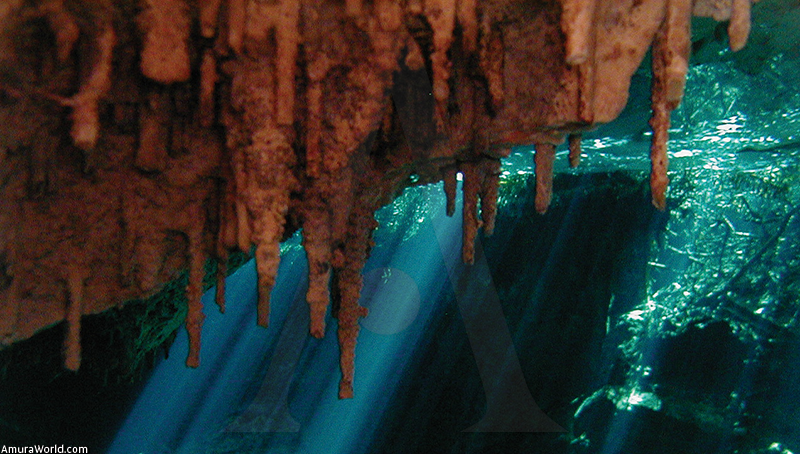 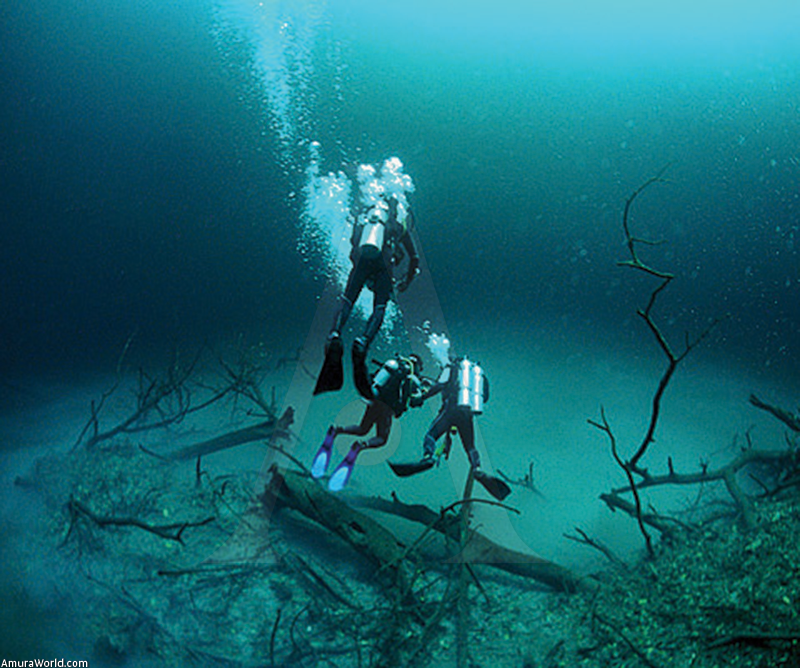 Exploring the Doors of the Underworld

I began exploring these underground caves with my  great friend and diving teacher, Parker Turner. My  first immersion was in a cenote near Tulum known as  “Car Wash”, which looks more like a small lagoon.

Diving into the cenote you see petrified trees,  leaves gliding softly down from the surface and the  sun’s rays penetrating the water. But the true thrill  starts when you enter this underworld of shadows  seen by only a few.

You can cross kilometers of areas that are totally  unexplored and discover amazing rock formations  whose shapes and sizes challenge the imagination.  Some of them are stalactites and stalagmites formed  by drops of water, enriched with calcium bicarbonate,  that penetrate the cavities, drip by drip, forming these majestic columns. 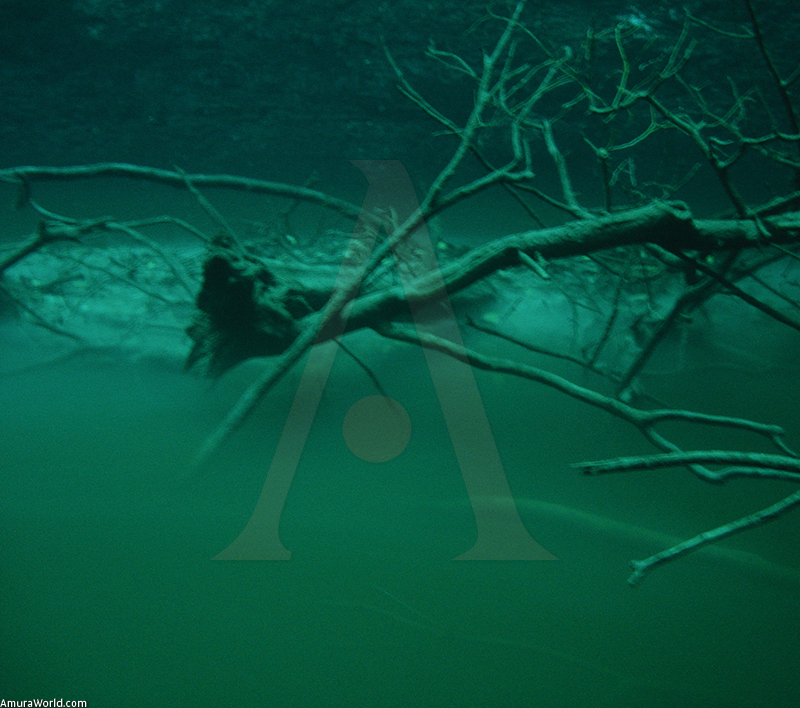 The majority of Quintana Roo’s sinkholes are  located on the highway from Playa del Carmen to  Carrillo Puerto. In fact, four of the world’s five biggest  cave systems are here.

The Dos Ojos and Nohoch Nah Chich systems are the  better known, as more than 200,000 feet of their  underwater tunnels have been explored by brave  divers like Mike Madden and Steve Gerard.

The world’s biggest stalactite, 40 feet high, is in  the sinkhole known as Chac Mol. We divers know it as  Xix-Ha Tunich. To see it, you must go through the  Cauac-Nah gallery. Another huge stalactite, 22 feet  high, is in the Templo de Doom (Doom Temple). 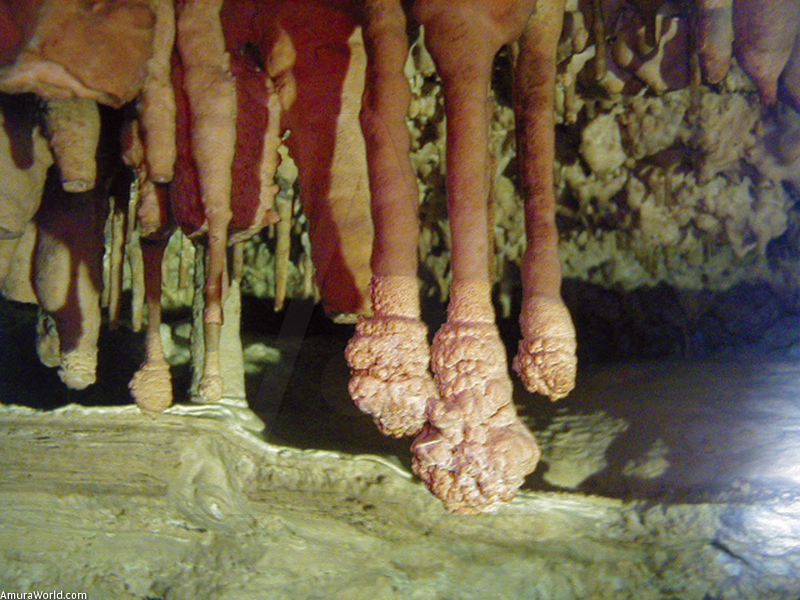 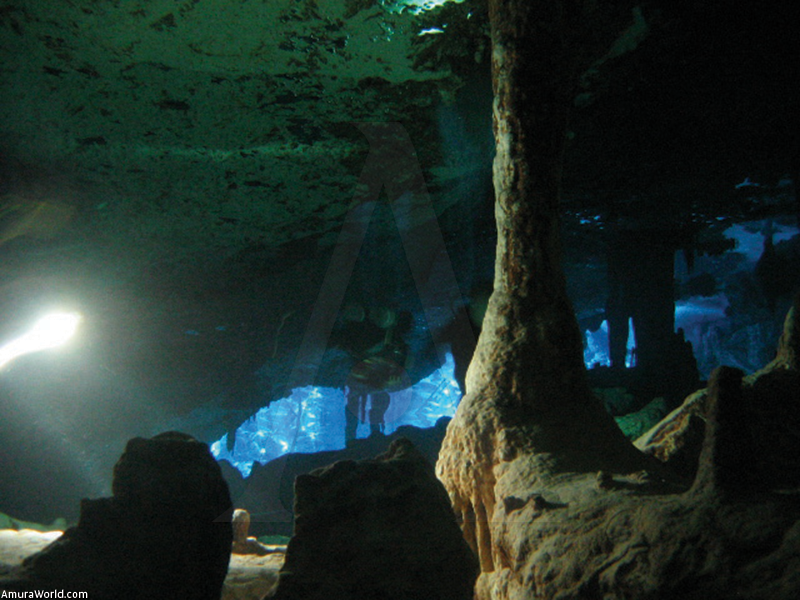 Inside the Jaguar sinkhole is a strange mix of  freshwater, from the sinkhole, and saltwater that  comes from the Caribbean. When these two combine,  they produce a halocline, a rare occurrence that is well  worth the experience.

There is no doubt that one of my favorites is  Angelita because I like deep diving and because the  tannic acid it contains gives a special texture to the  water and makes it seem mystical.

Each day, more and more cenotes are discovered.  They await those intrepid adventurers eager to be the  first to cross what we know as “the last frontier”. 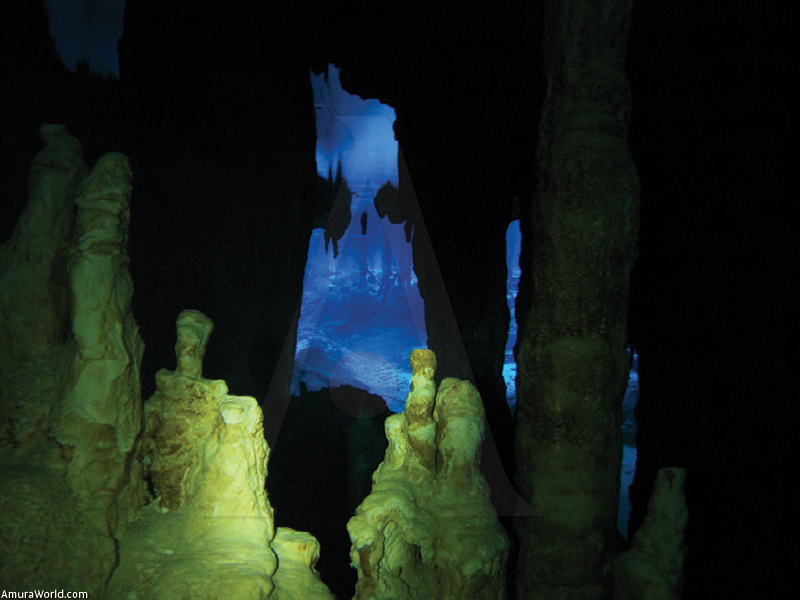 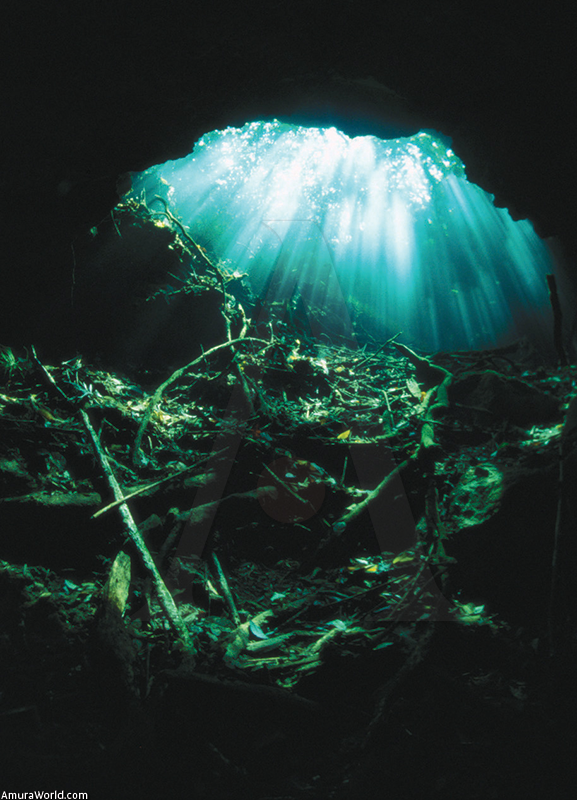