Year after year, in the waters of the Gulf of Mexico, we find one of the most marvelous marine animals with which man has had contact.  It is the enormous whale shark, the biggest fish on the planet. It can measure up to 18 meters (59 feet) and weigh up to 15 tons. In beautiful, young southeastern Mexico, in the state of Quintana Roo, you can see the whale shark very close to Contoy Island, better known as Isla Pájaros (Bird Island).

This magnificent species is found in all the world’s tropical and sub-tropical seas. They are oviparous and only eat plankton and tiny fish. Their mouth, which is enormous, contains rows of tiny teeth with which they tear apart their small prey. 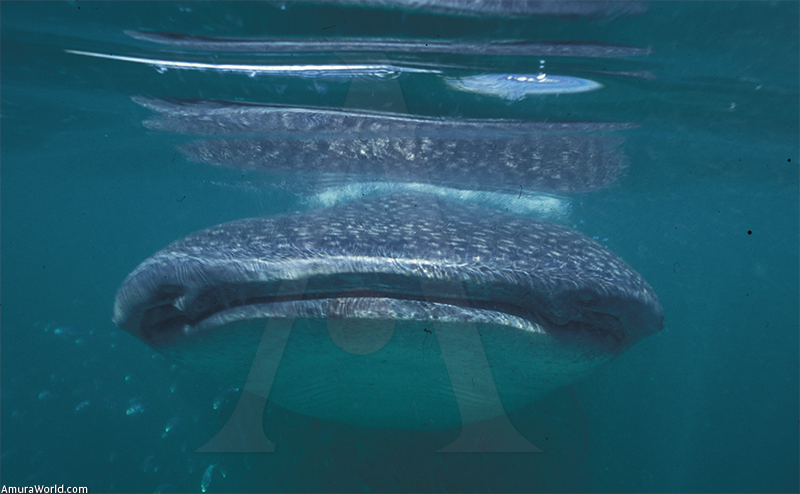 In spite of their large size and appearance, they are totally harmless to man, although humans are capable of killing them to get their meat, fins, skin and liver (which can weigh up to a quarter of their total weight).

You can live the adventure of swimming with a whale shark, totally content and with your nerves on edge.  It is important to heed the suggestions of experts about what you should and should not do in their presence.

In order to study these marvels of our blue planet in their natural habitat you have to wait until they come up to the surface to feed.  When that happens, the first thing you see is their enormous fin, which they move parsimoniously while they swim, their huge mouth open, filtering thousands and thousands of gallons of water to get their food. 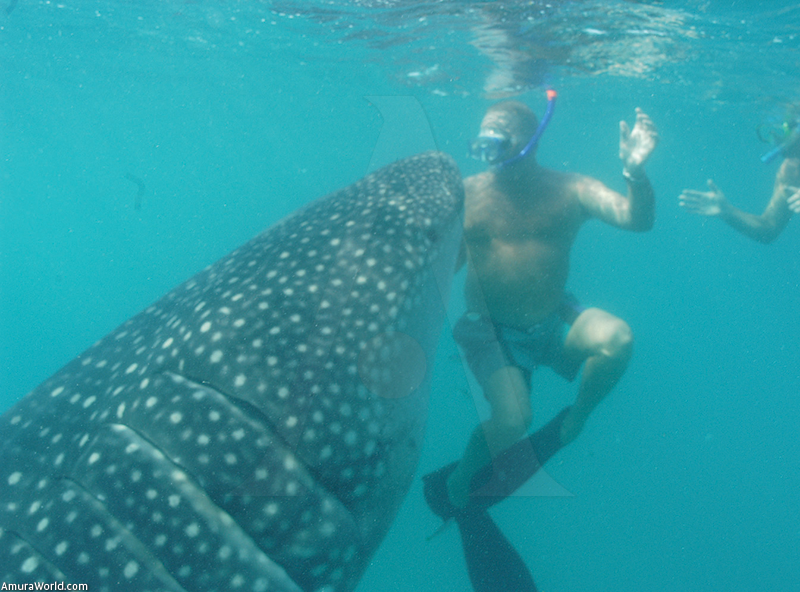 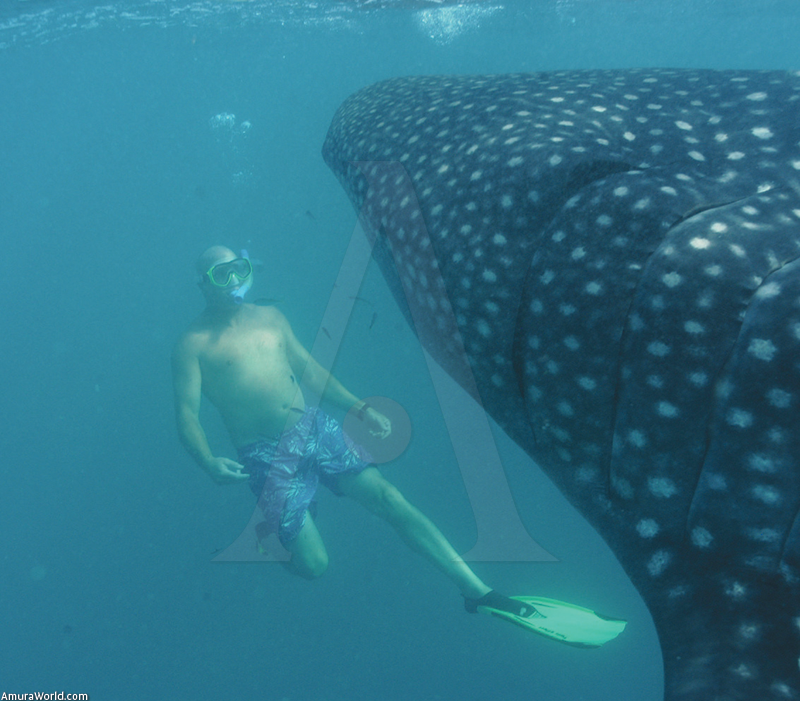 But what is most impressive is when these enormous fish swim under our boat (which is often almost the same size), giving us the opportunity to observe in detail their perfectly hydro-dynamically shaped black or greenish bodies with white spots.

With basic scuba equipment (fins, visor, snorkel and a life jacket), we dropped into the water, which was a little bit colder than normal.  That meant that there was minimal visibility and the people on the boat had to shout to let us know where we had to swim. 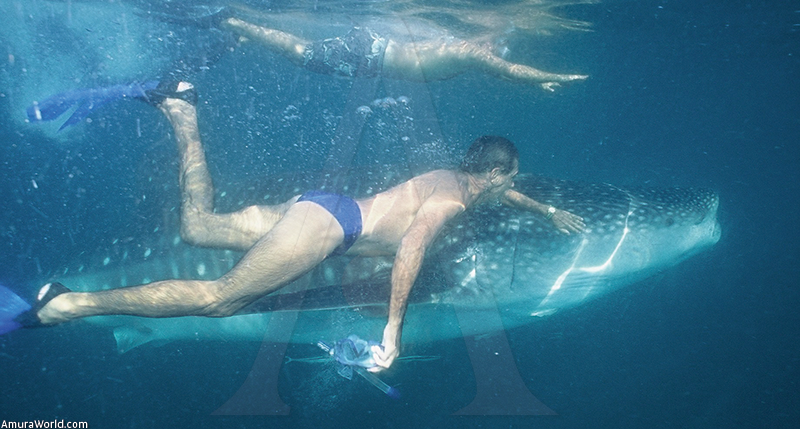 Soon, seemingly out of nowhere, the imposing whale shark appeared, swimming peacefully at our side, sparing in its movements, seemingly unperturbed by our presence. There is a saying about too much of a good thing. And although those minutes were among the most intense and emotional of our lives, when we were finally able to react, the giant disappeared.  We all lived the incredible experience of swimming with this creature, one that left an imprint on each and every one of us who swam, side by side, with one of these excellent ambassadors of the seas. 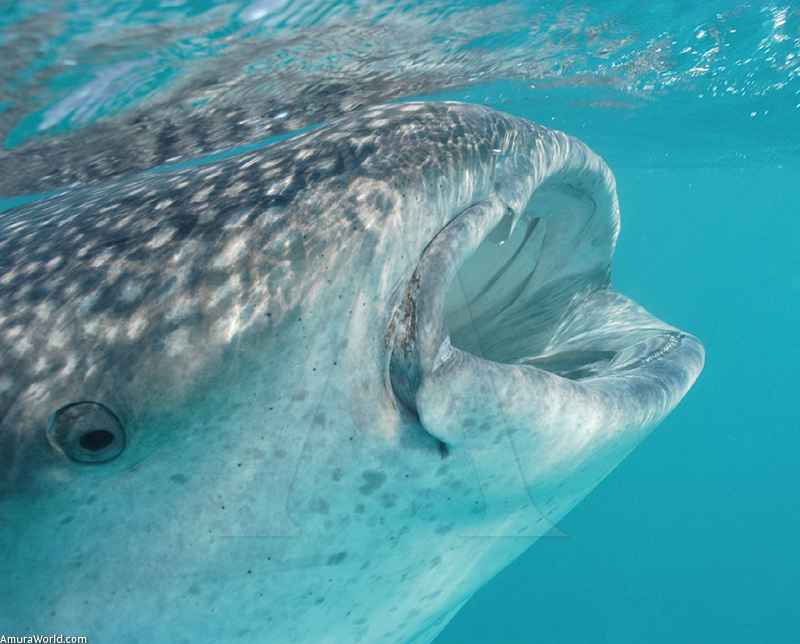 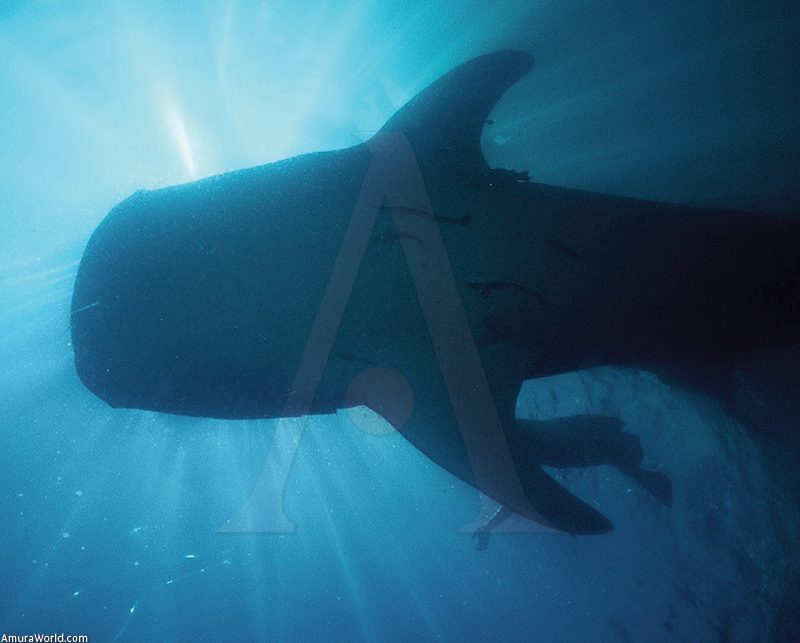