On the Beaches of Santa Lucía

For me, sharks have always had a strange, mystical fascination. At first it was fear, then curiosity and now all I feel is respect for these fantastic creatures that have traversed the ocean’s floors for over 300 million years and are now endangered because of indiscriminate fishing.

The adventure began the moment we got on the plane that would take us to Havana, where a van was already waiting for us. We traveled almost 600 km (373 mi) in about 9 hours to reach the Santa Lucía beaches, in the Camagüey municipality, where we would see and photograph feared bull sharks being hand fed by local divers. 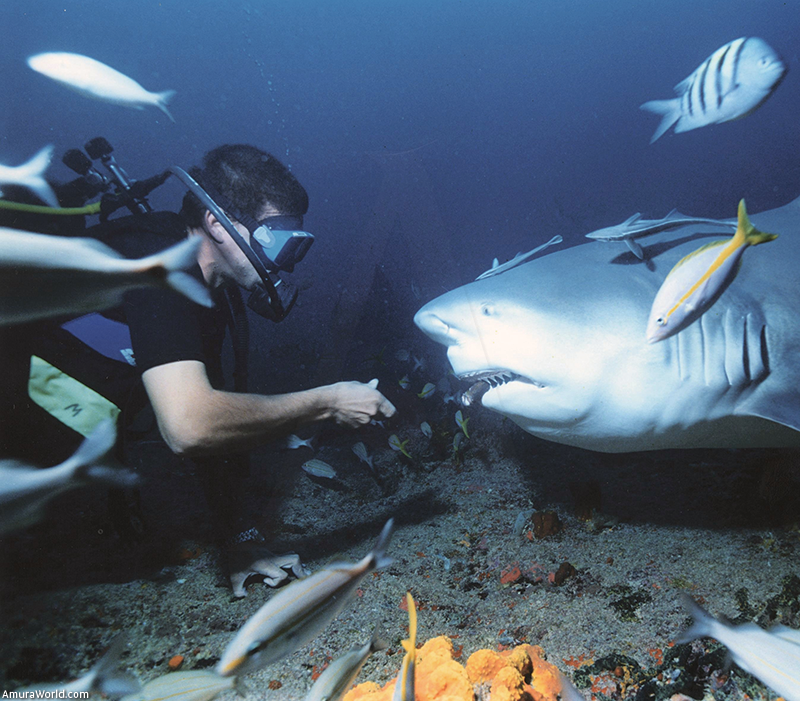 When we arrived at the beach we were met by José (Pepe) Dieppa, who would be our guide during the following days. He is famous, both in the island and abroad, because of his great passion for the sea.

Our introductory dive took place in a beautiful spot where we enjoyed the presence of countless fish of many colors as well as a great amount of both hard and soft coral that fluidly danced in the soft rhythm of the tides. On the walls of the abyss we saw prized black coral and an enormous school of cubera snapper, difficult to find in other parts of the world. 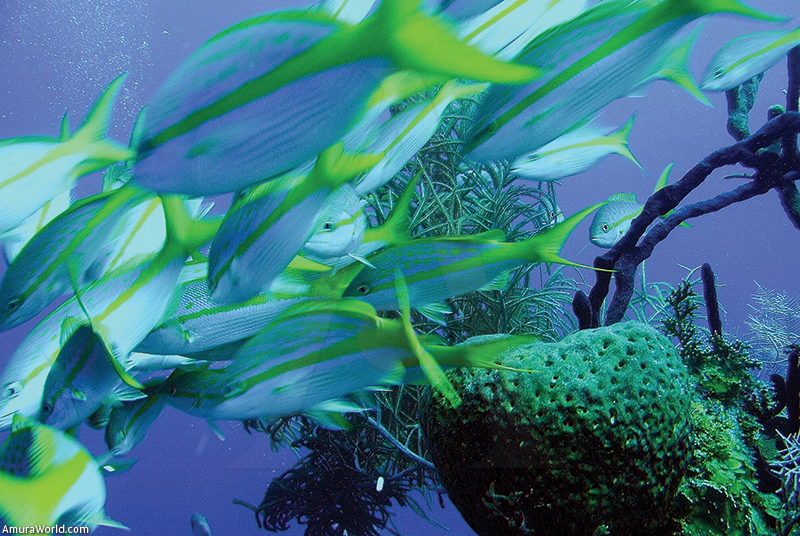 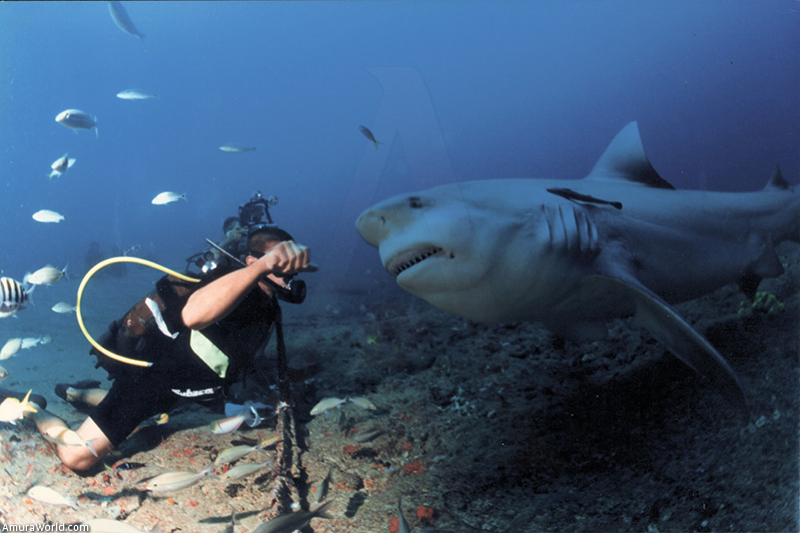 Time went by swiftly and when we emerged the sun was starting to descend. We could not wait to dive again since now we had the promise of seeing, in their natural habitat, impressive bull sharks, the main reason that we were in this far away place.

Of the 350 existing species of shark, only nine are potentially dangerous to humans and one of them is the bull shark (Carcharhinus leuca). It is found in all the tropical and subtropical seas of the world and also in rivers, estuaries and canals. It is an either brown or gray big, robust animal. At birth it measures 50 cm (19.6 in) and, when full grown, three and a half meters (11.5 feet) and can weigh 400 kg (882 lb). It eats manta rays and small fish and sometimes other sharks. Its round snout is dangerous and filled with several rows of sharp teeth. Its eyes are small and bright and they close them when attacking. 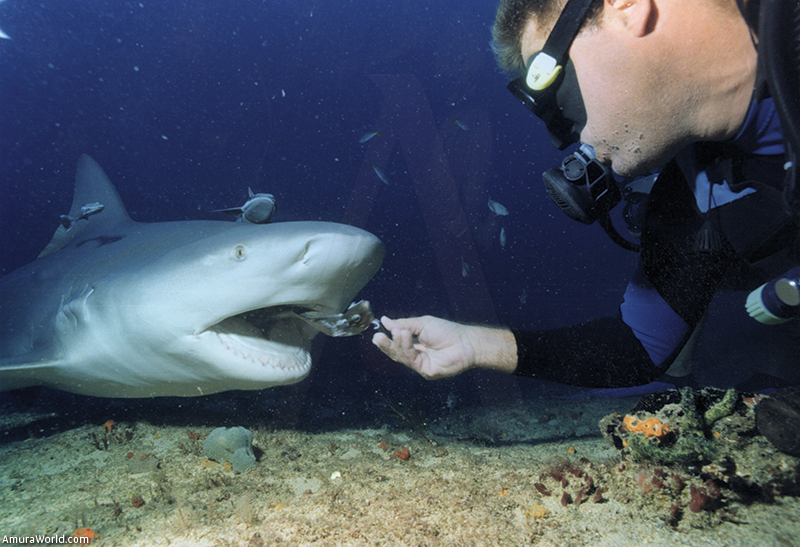 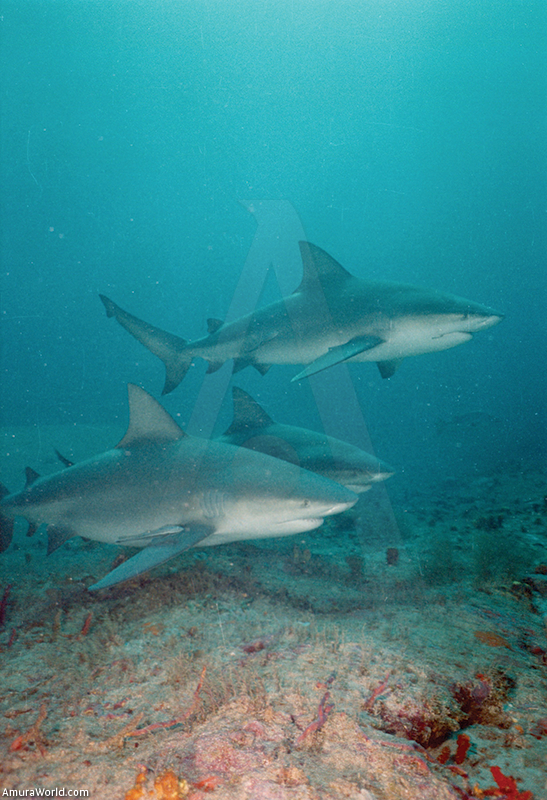 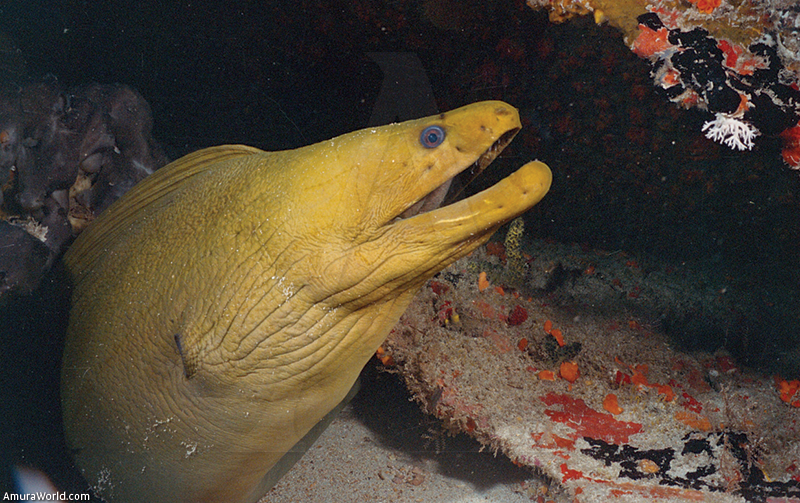 After recalling this, my nerves began to tense, especially since, besides Walter Dupond, Ricardo Fuentes, Armando Gasse, Santiago Gutiérrez, Rafael Nachon and Manuel Sains, good friends accompanying me, the daughters of Rafa (Elsa), Manuel (Mariana) and my daughter Cristina and niece Valentina had also decided to tag along on the trip.

After breaking the mirror of the water’s surface we began to descend near a sunken ship about 25 meters (82 ft) deep. Pepe made signs to quiet us and be attentive to what was about to happen. Not much time went by when the first shark appeared. We could barely see it, shy and cautious. In a few seconds, and as if coming out of nowhere, we observed five more majestic animals. Pepe put more bait in front of us and the sharks measured their turf, getting closer and closer at every moment. They surrounded us and observed. The level of adrenaline went up and up and reached its maximum when the sharks began to eat from the hand of their benefactor. They were so close that you could touch and stroke them. What we were seeing was incredible: we were face to face with one of the greatest predators of the marine world, renowned as being a “man eater”, and with no protection. 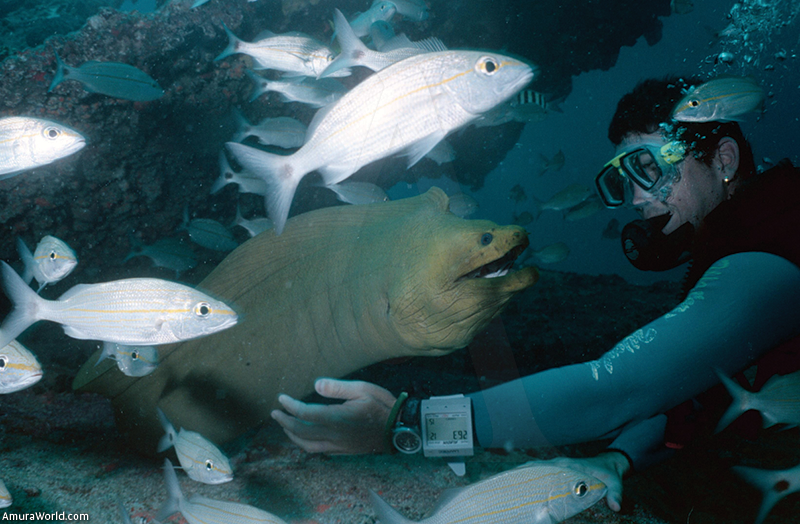 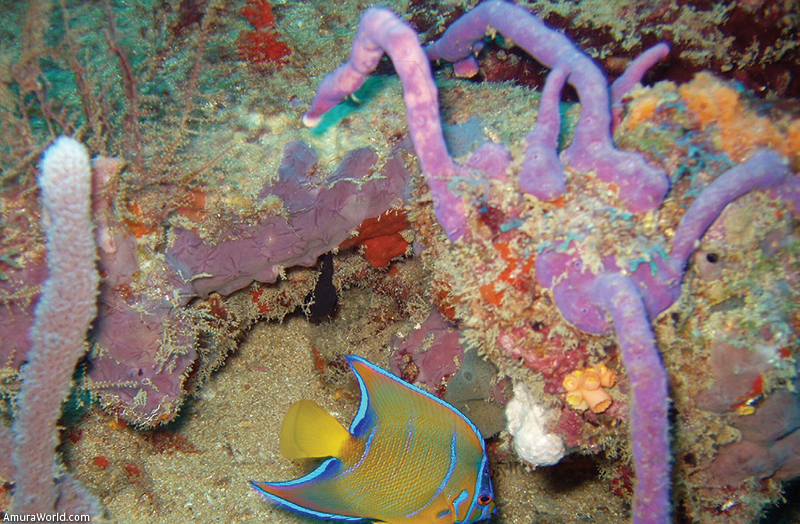 We concentrated so much on these magnificent animals and their behavior with us that we forgot to check the time we had been underwater. Then, we had to face a bigger problem, the feared decompression that has killed more divers than sharks have.

The ascent was slow until we reached a depth of 10 feet, where we stayed for the 16 minutes marked by our computers in order to eliminate the nitrogen accumulated in our bodies. Luckily, everything was all right and we reached the surface with satisfied smiles on our faces.

Last year a female shark bit Pepe’s arm. He required several operations and, luckily, his arm was saved. “Since then,” he says, “that shark never again fed from my hand.”