The Song of the Humpback Whale

There are a great variety of whales found along the coast of the Mexican Pacific, an indication of Mexico’s importance as a natural habitat of these species on the list of endangered species. This is the case of the humpback whale, which, during the winter, is abundant in the waters off the states of Colima, Jalisco, Nayarit and the two coasts of the Baja California Peninsula.

The humpback whale is a marine mammal that belongs to the family of the great baleen whales, known as “rorquals” (like the blue whale), which, instead of teeth, have bristles in their palates to filter food.  From chin to navel they have pleats that form furrows that expand when eating so that the volume of filtering water grows and, in this way, with each gulp they trap large amounts of plankton. 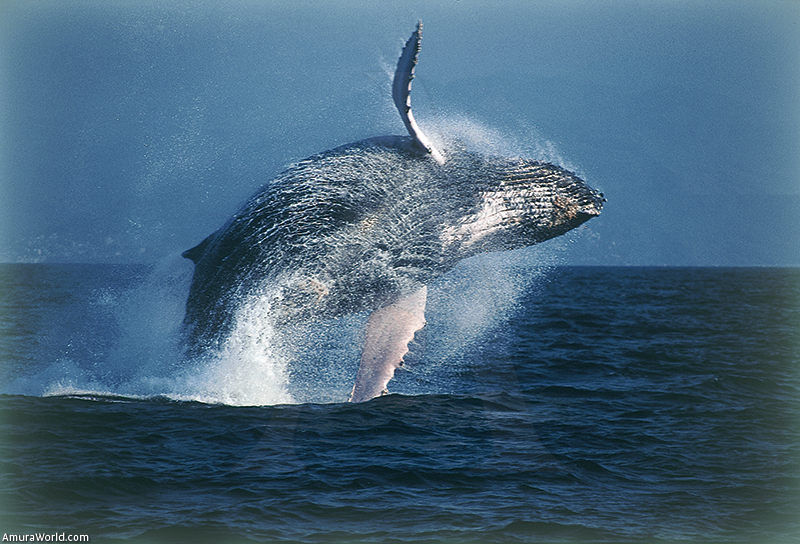 Because of their coastal habits and predictable migratory cycles, it is common to sight them on our Pacific coast This facilitates their study although, because of their proximity to human activity, it also makes them vulnerable to harmful situations that can injure them.

Its appearance is robust and its common name derives from the humpback, located in front of the dorsal fin, which is formed when it arches its body before plunging into the water. It measures from 12 to 15 meters (39 to 49 feet) long, weighs approximately 30 metric tons and features enormous pectoral fins that measure almost a third its total body length. 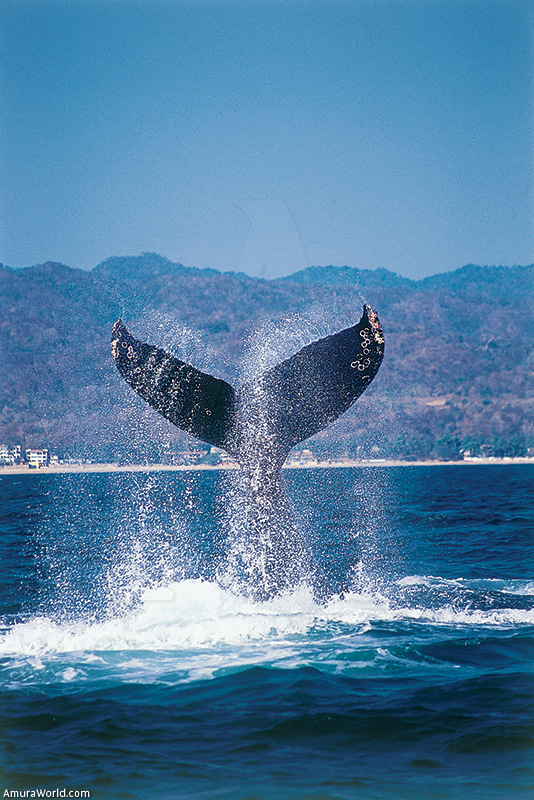 Nearly 10 % of the world’s humpback whale population reproduces in Mexico and it is believed that there are about 20,000 individuals. Three different groups of humpback whales reproduce in our country in specific reproductive zones around the Baja California peninsula (from Loreto to Bahía Magdalena), in the coastal region stretching from northern Nayarit to the Gulf of Tehuantepec (with important concentrations in Bahía de Banderas and Isla Isabel) and in the Revillagigedo archipelago facing the coast of Colima.

These whales migrate at the end of spring towards temperate and cold waters located in high latitudes, where they feed during the summer. Their diet includes krill, sardines, anchovy and mackerel.

It is renowned throughout the world because of its acrobatics and songs, since it produces the largest variety of vocalizations of any other species of whale. 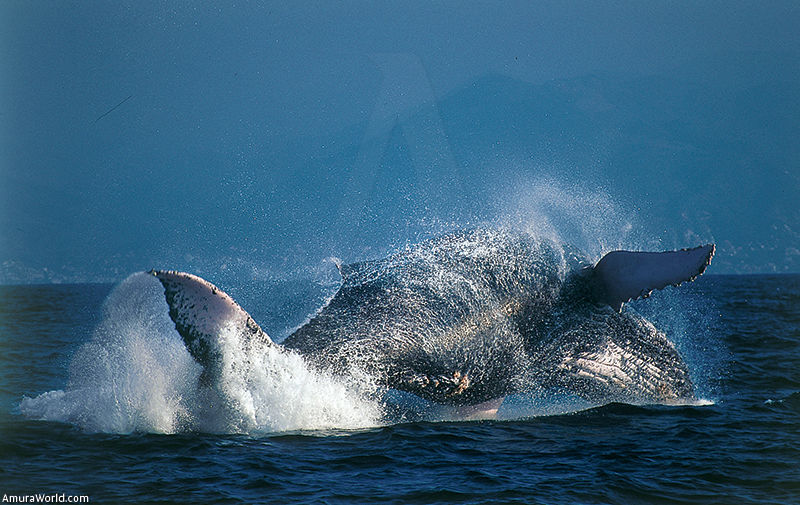 Throughout the history of navigation, sailors reported, in their chronicles, that these vocalizations were the songs of sirens. Nowadays, they have been reproduced using musical instruments and incorporated into New Age and Jazz music (Whales Alive and Paul Winter). These marine mammals produce songs exclusively in reproductive zones so it is thought that they play an important role during courtship and mating.

It has been observed that the whales that emit these songs are male and they are known as “singers”. It is believed that the songs transmit the male’s reproductive ability and can, in an underwater acoustic way, be used to determine a territory of influence. 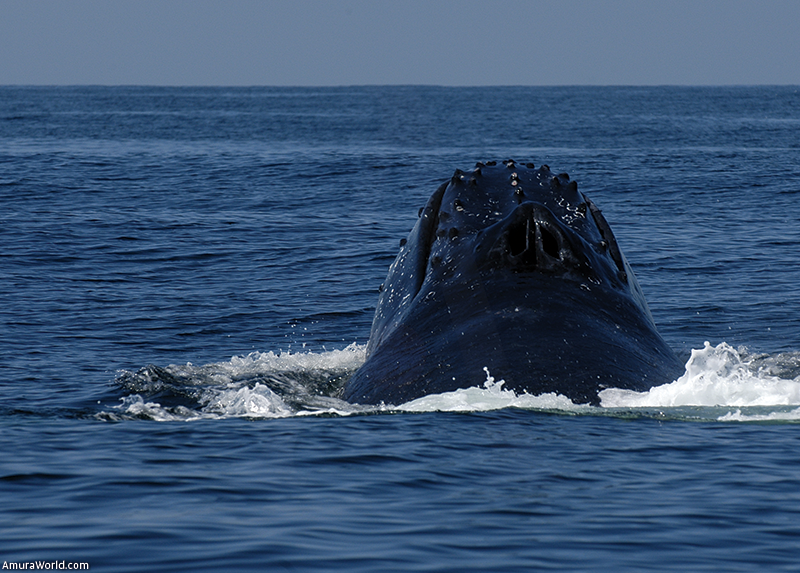 Conservation of the humpback whale

Among important measures taken by the Mexican government to protect these whales are:

Nowadays, the exploitation of whales has changed and the visual appreciation of these animals has substituted its value as a prey, replacing harpoons with photographic equipment as well as being instrumental in developing ecotourism.