A close Encounter with Giant Mantas

Giant mantas belong to the same class as sharks and their main feature is their skeleton formed of cartilage. Their ancestors appeared 400 million years ago, between the Siluric and Devonic periods of the Mesozoic era, also knows as the “Era of Fish”. Its body is shaped like a rhomboid disk with a long tail, its skin is smooth and it has dermal teeth or dermal plates distributed on different parts of its back and belly. The width of its body is approximately 6.5 meters (21 feet) and it can weigh 1,350 kilograms (2,976 pounds). Several exceptional ones, measuring up to 9 meters (29.5 feet) and weighing 1,700 kilograms (3,748 pounds), have been found.

It are easily identified by the two flexible protuberances located on each side of its head. Because of their resemblance to horns it is also known as devil manta ray, its common name.

Its specialized fins are used to gather and channel plankton to its mouth. It has a tail without a spine and its camouflage colors allow it to conceal itself in the water during the day. 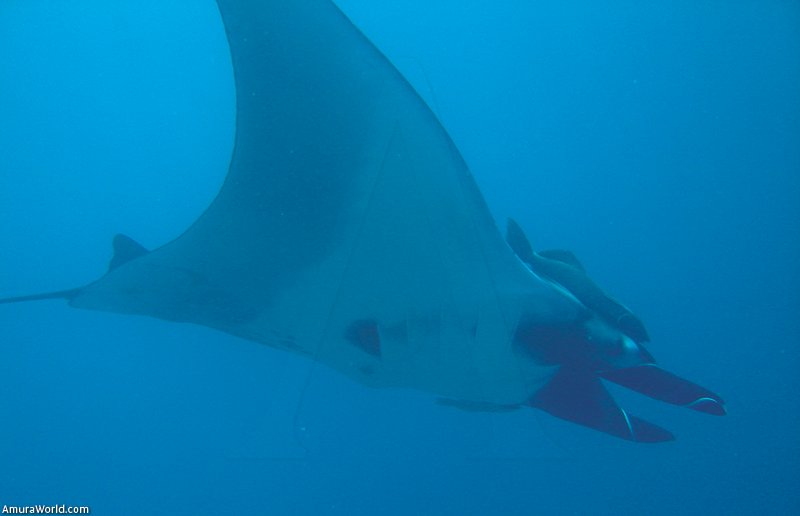 The manta’s back is of an opaque, dark tone ranging from olive brown to black with some light, identifiable spots. The ventral side presents a white or cream-colored pigment.

They frequently leap out of the water, which is a truly amazing sight. It is possible that this is done to get rid of parasites adhered to their skin or to help them stun schools of small fish so that they can then eat them. It is also thought that they do it simply for the thrill of performing these acrobatics.

Giant mantas are often sighted with opportunistic remoras stuck to their bellies or backs, eating the leftovers of its meals.

They are found in tropical, subtropical and temperate regions of the world’s oceans, between the 35° North latitude and the 35° South latitude.

In documented reports it is said that they travel alone or in small groups of 2 to 8 individuals. However, sometimes groups of 50 to 200 individuals have been sighted feeding near the surface of the water and in not very widespread areas.

Many times, when they swim alone and near the surface, they are mistaken for sharks and other fish because the only thing visible are the curved ends of its enormous wings (pectoral fins) protruding above the water.

These fish inhabit the continental platform, from the coast to the pelagic zone, near reefs and islands. Because they eat tiny fish and other forms of plankton, which are part of the marine food chain, investigators can evaluate, or point out, just how wholesome the sea’s food chains really are. 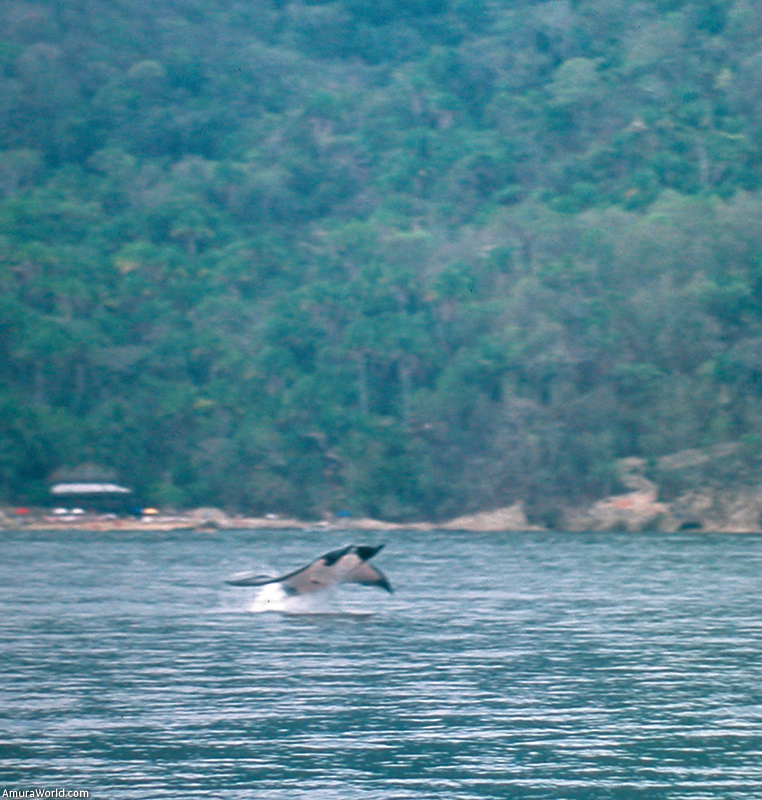 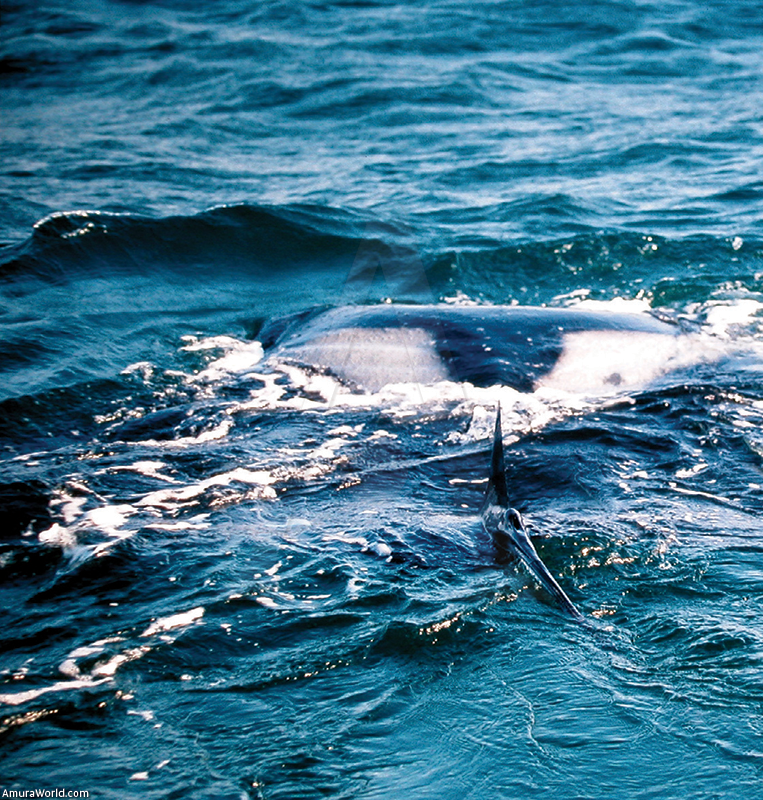 Mexico has two species of giant mantas. One is found in the Atlantic Ocean (Manta birostris) and the other in the Pacific Ocean (Manta hamiltoni). The Atlantic manta is mainly found in Caribbean waters and lives in the reefs of the Yucatán peninsula and the islands of this region.

The Pacific manta can be found from Huatulco, Oaxaca to the Baja California peninsula and especially near islands, like Revillagigedo; Colima and areas of the continental platform where there is abundant food. Giant mantas are harmless when they are near people. This is why it is possible to enjoy a close encounter with these mysterious marine creatures that have lived in the world’s seas for millions of years. Nowadays, they are a great attraction for lovers of diving, nature and underwater photography