Kodiak The giant from Alaska

The king of the brown bears

Taquka-ac was the name the Alutiiq, ancient inhabitants of the Kodiak archipelago gave the bear that, after the last glaciation 12,000 years ago, has been isolated from other species of bears. This one is the Kodiak (Ursus arctos middendorffi), the biggest brown bear subspecies and one of the two biggest members of the bear family (being the other the polar bear.)

The Alutiiq tribe hunted the Kodiak in order to obtain food supplies, skins for dressing and bed linen. Nevertheless, they honored it, their lore speaks about its mystical nature due to its proximity to the world of spirits, the same as the similarity between bears and human beings. 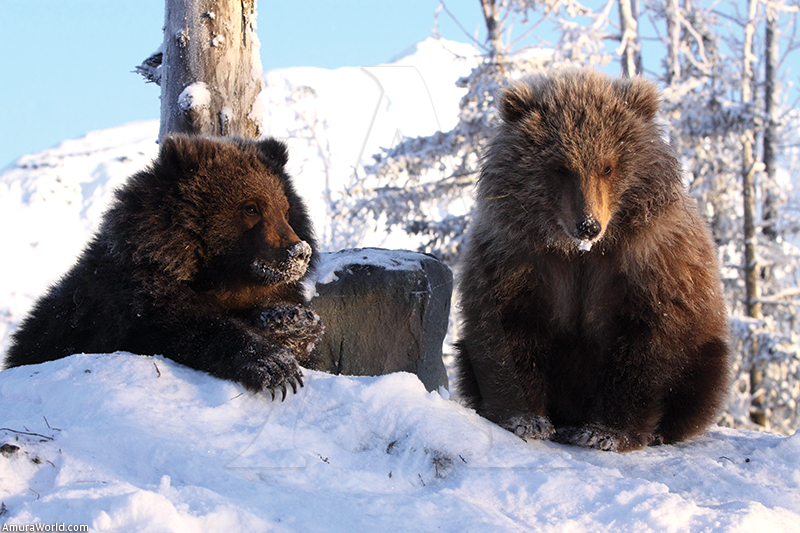 Even though the Kodiak region is a well-known fishing destination, offering access to the 5 species of salmon, besides turbot, rockfish, cod and trout; it is also the main shelter of these impressive brown furry specimens. There it is located the Kodiak National Wildlife Refuge, a 1,900,000 hectares reservation, which shelters about 3,500 bears; with males weighing between 360 kg and 635 kg, weight that increases as the winter season comes, since they start accumulating fat for the hibernation period.

Their size is due to the abundant food supply they can find and to the lack of natural predators in the zone. They have a very sundry diet, which includes berries, herbs, squirrels and, above all, salmon, which arrive to spawn in the region between May and September. They reach the sexual maturity at 5 years of age, but in general, they are not able to have their first litter until they are 9. Like the brown bear, the implantation of the ovum is done after the moment they mate (between May and June) so the cubs are born in winter, between January and February; the litter may comprise from two to four cubs, and would stay with their mother until they are three years old, moment in which the female breeds again. The greatest threat for the cubs is the cannibalism from the adult males of other groups. Created by an executive order from the President of the United States, Franklin D. Roosevelt, in 1941, the Kodiak National Wildlife Refuge has no roads so the view of bears is done during an all day tour, with a scenic flight operator, or as an excursion from one of several remote wilderness lodges in the island. 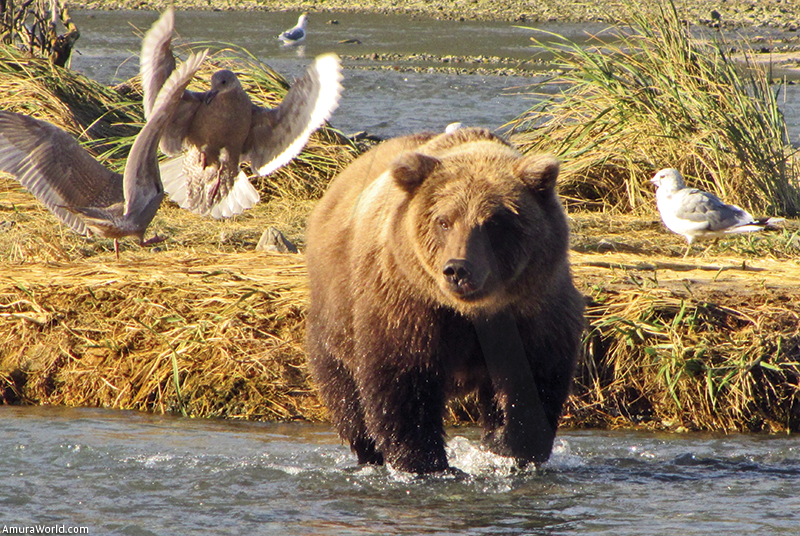 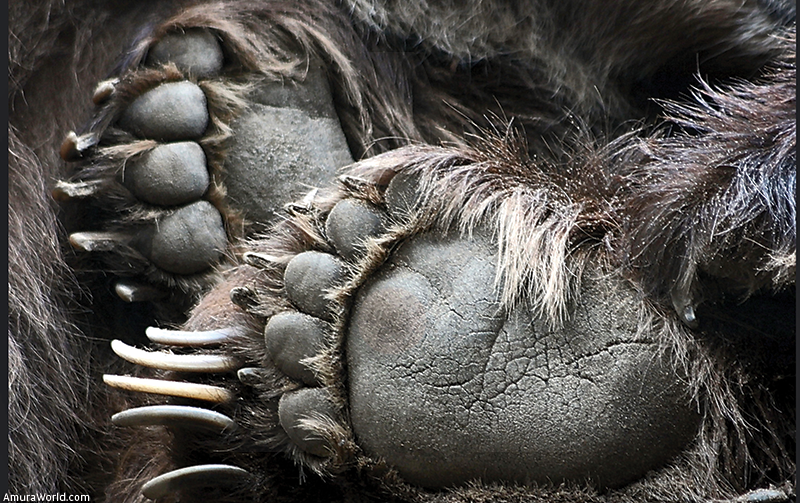 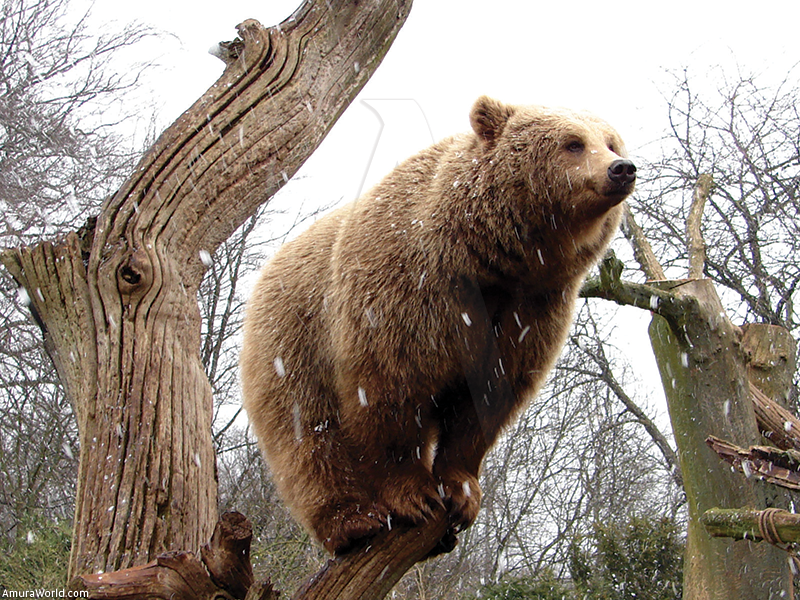 Hand in hand with his wife Lynne, Doug Seus, 72, has devoted more than 40 years of his life to training Kodiak bears, being recognized as one of the best trainers in the world. One of his most memorable companions was Bart, the Bear, an 816 kg 2.90 m tall, Kodiak male bear, born in Alaska, in 1977.

Bart started his artistic career in the movie Windwalker, in 1980, but it was not until 1988, with the film The Bear, when he earned public recognition. In 2000, affected by cancer, Bart died while shooting the documentary Growing Up Grizzly, presented by Brad Pitt, with whom Bart had already performed in Legends of the Fall. This bear shared credits as well with actors like John Candy, Dan Aykroyd, Annette Bening, Ethan Hawke, Steven Seagal, Gregory Peck, Alec Baldwin and Anthony Hopkins.

Bart is also remembered for his participation at The Oscars in 1998 when he presented the Best Sound Editing nominees.

Currently, Doug Seus, shows off his friendship with Little Bart (Bart II), another Kodiak bear, born in 2001, in Alaska, who appeared in the films Dr. Dolittle 2, Without a Paddle, An Unfinished Life and Into the Wild; besides appearances in episodes of the series CSI and Scrubs. 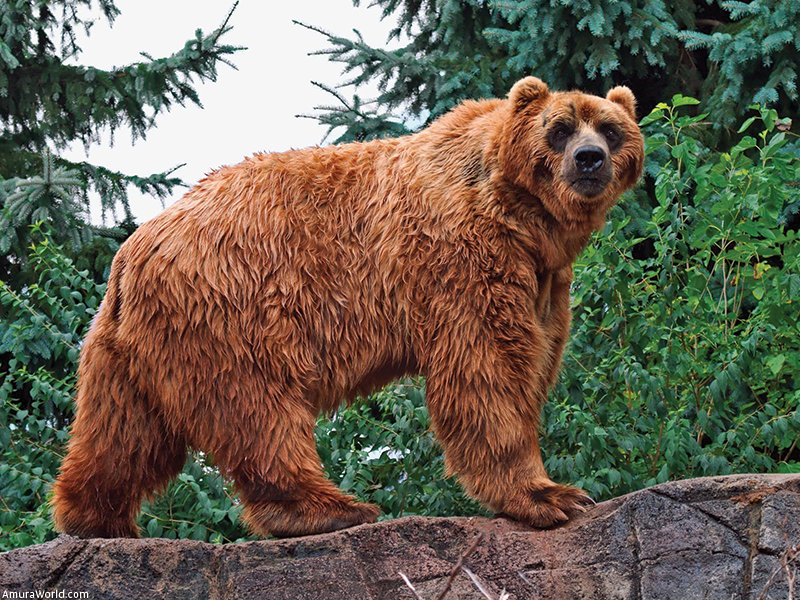 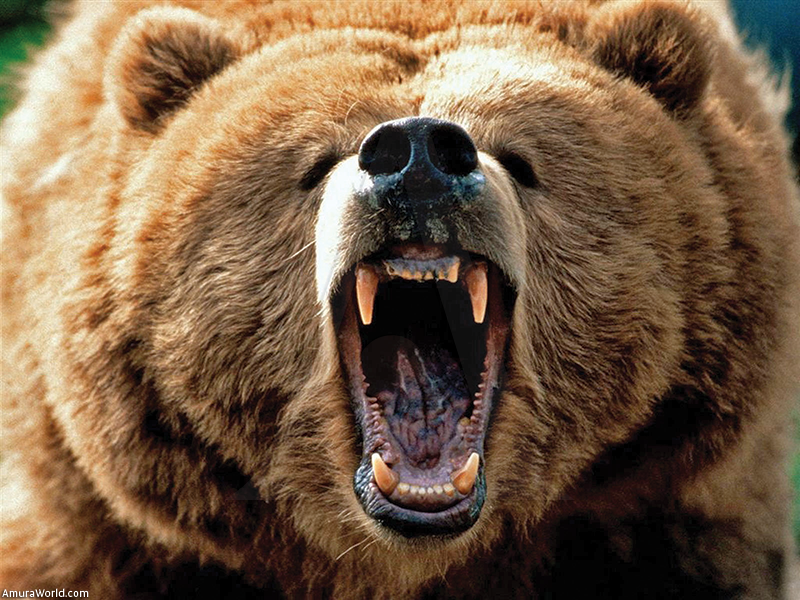 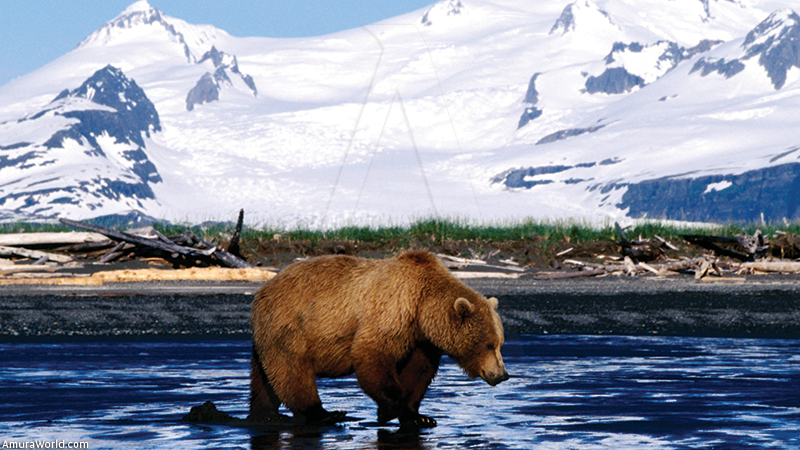 Alaska has got 98% of the brown bear population in the US and more than 70% in North America. That is why the Alaska Department of Fish and Game exerts strenuous efforts for its conservation, which include keeping bear populations steady in all of the state, to keep their habitat, to prevent overexploitation and to make studies dedicated to understanding the needs of the species, so they are able to coexist with the human beings.

Bear hunting is allowed, restricted to two seasons, though; the first one between April and May and the second one between October and November. Moreover, a limited number of licenses is granted every year. The view of bears is one of the most popular activities in the islands, but it may have serious impacts on the bear population if not done properly. Many guides take people to the places where the Kodiak feed and if the bears avoid those locations due to the presence of human beings there, it is likely that they l will not get the necessary food to survive during the winter season. 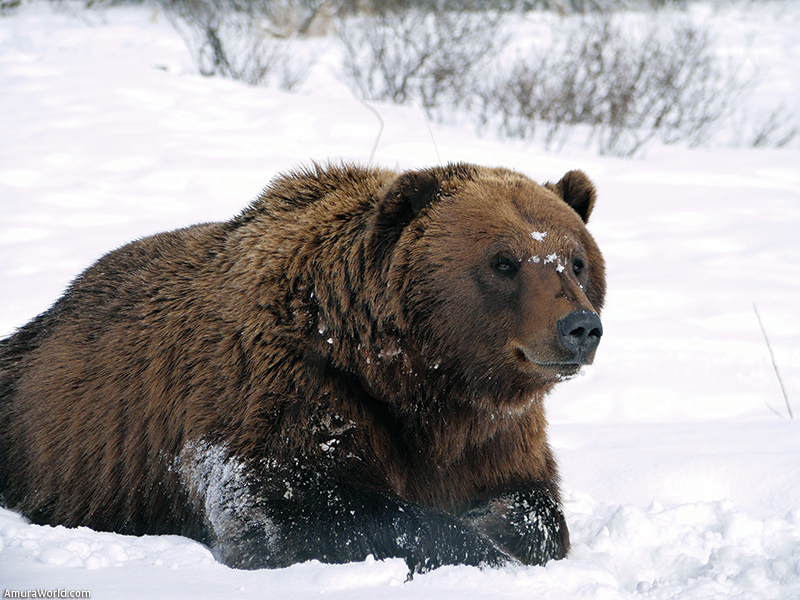