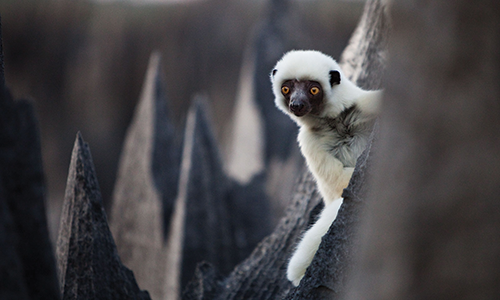 Despite many a person relates them with other animal species; lemurs belong to the primate order, thus being related with chimpanzees, apes and, of course, men. There are about 50 different species endemic of Madagascar. Amongst the best known species is the ring-tailed lemur, the indri, the gray mouse lemur, the aye-aye and the black lemur.

In the antiquity, for Romans and Etruscans lemurs were spirits of the night, reckoned usually as evil entities haunting men. Due to their nightly habits and their almost ghostly mirroring eyes, Charles Linnaeus (Swedish naturalist and botanist, who established the system to classify living things) assigned the name to these species even though these small primates are far from being a threat; on the contrary, most of them are classified as an endangered or near to extinction species. 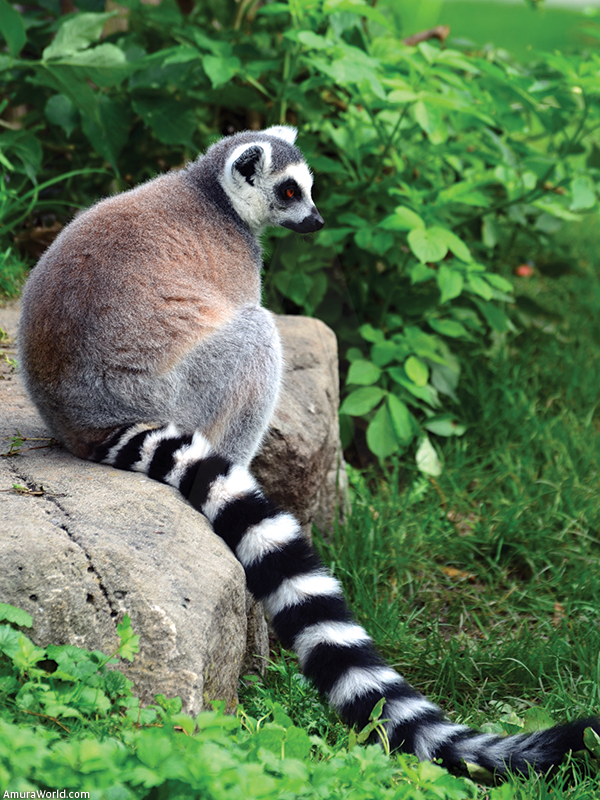 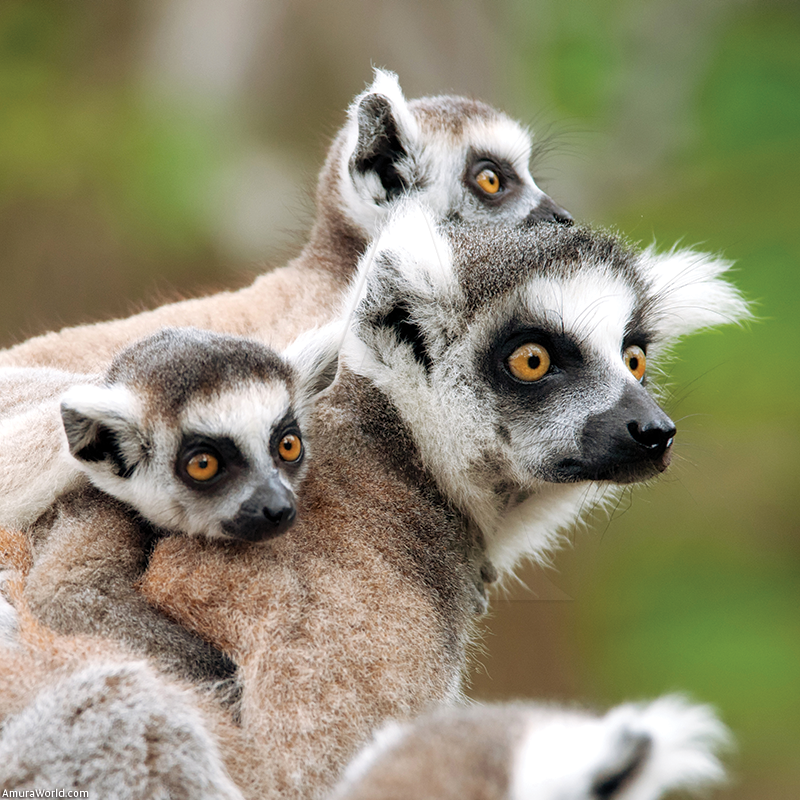 They are used to living in little though tight family groups, of about 15 to 20 members. The family heads are the females, which are the ones to decide where to go or where to rest, having precedence to feed. Moreover, some of these groups are formed only by females and their litters, since they already have expelled all the males.

Differences between sexes are negligible, thus being very difficult to distinguish them; in fact, they are the only primate species in which both are so similar to each other. They live over the trees part time, and their ways to communicate are extremely interesting. Every group or family has got peculiar sounds to communicate with each other, as if it were group slang. 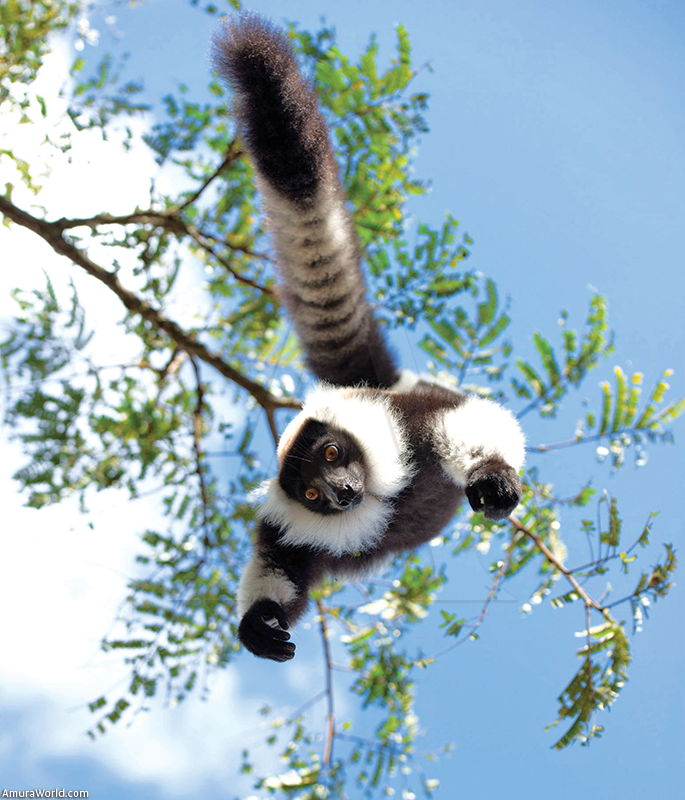 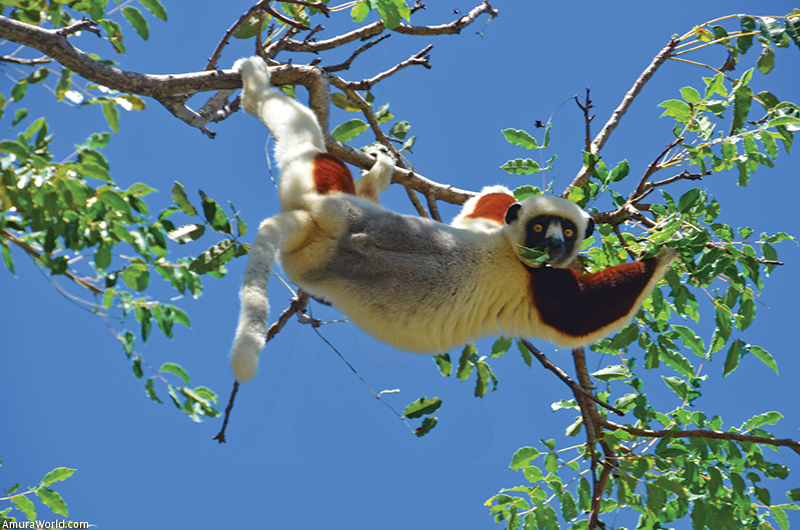 The ring-tailed lemur is one of the best known species, perfectly identifiable by their white and black rings of their tail; unlike most of the other lemurs, it also has activity during the day and spends longer time on the ground.

The indri is the biggest species of lemur there exists, it may measure up to 70 cm and weigh up to 10 kg. The Malgasy natives call it “babakoto” which means “ancestor” or “little father”. Aborigines are forbidden from eating or hunting it, for it reminds them of their ancestors; that is why this species receives some protection. Unlike the other varieties of lemurs, the indri keeps just one partner all of its life and shares territory only with its progeny.

In opposite contrast, one of the least protected varieties is the aye-aye; its unsightly physiognomy vaguely reminds people the one of a rodent and in many occasions it is confounded.  This species has been seriously threatened by the settlers who are used to killing it when it comes up near the towns, as it is regarded as bad luck or attracting of evil spirits. 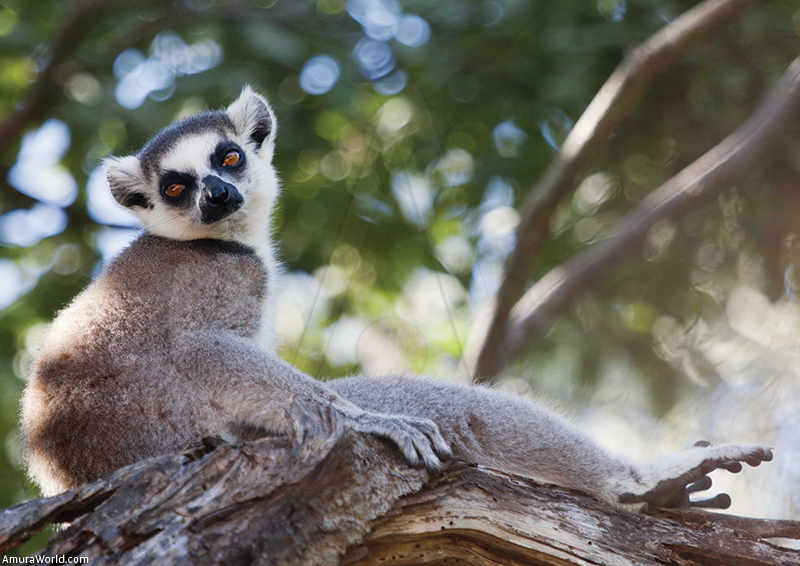 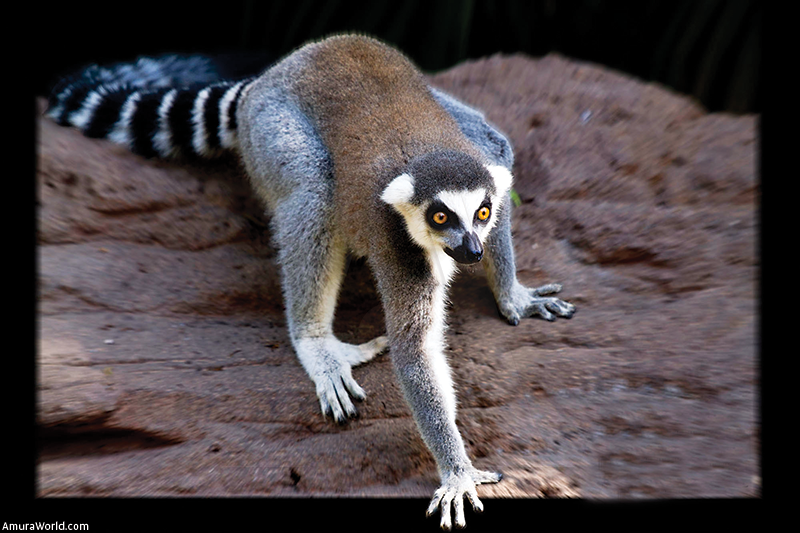 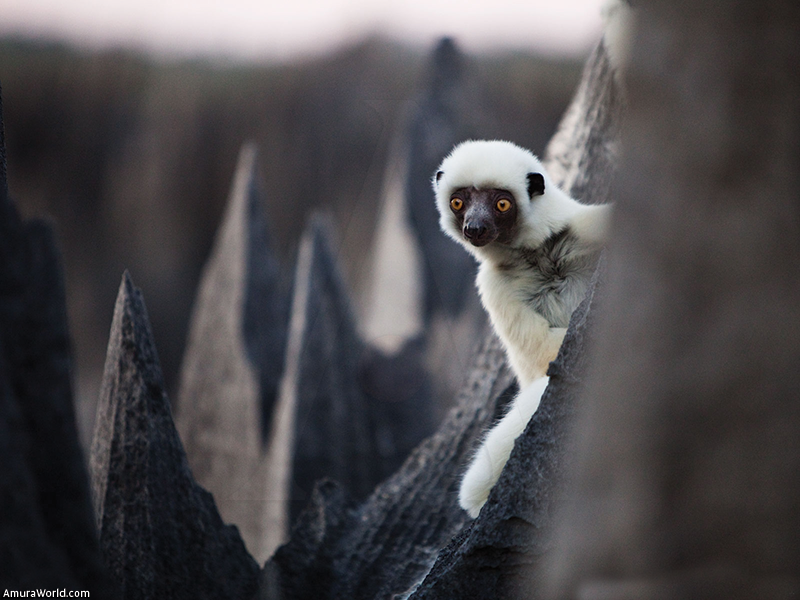 In spite of the efforts to preserve these species, their numbers continue to dwindle. Their greatest threat is the difficulty to keep their ecosystem. Several groups of scientists and local communities, which live off the tourists visiting Madagascar national parks to see them in their natural habitat, have added their efforts to protect them.