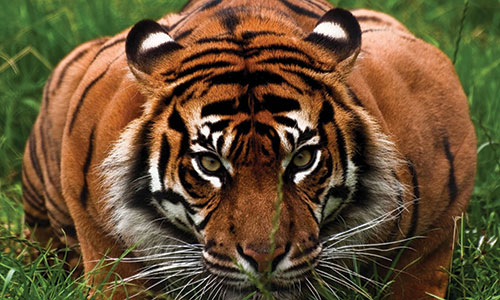 In India, several animals are regarded as sacred by the Hindu, although such divine status does not necessarily guarantee them a better life on Earth. As a matter of proof, there are 3,000 tigers living in nature or the elephant, icon of whatever is savage, majestic and colorful in India, which are captured and hired for events.

Tigers in India are sublime; they represent heroism, fidelity, victory over desire, and the divine God. An ancient Hindu proverb says, “Whoever rides a tiger does not get down easily.” They are the image of a race that has coped, as few in this planet, to evolve in its many years of existence.

In 2014 there were 3,200 tigers inventoried all around the world. India, being aware of this animal’s fundamental role in her history and survival, created an institution in charge of guaranteeing that the fundamentals for fostering its population’s growth were complied with (periodical census, habitat and population oversight, law compliance, etc.) The strategy consists of creating tiger reserves, improving their control and doing a systematic land survey; all of it done together with a specialization of biologists, veterinarians and naturalists. The task has been hard because poachers roam all around the Myanmar, Bangladesh, Bhutan and Nepal area, habitat of these nearly 250 kg weight, 3.5 m length specimens. 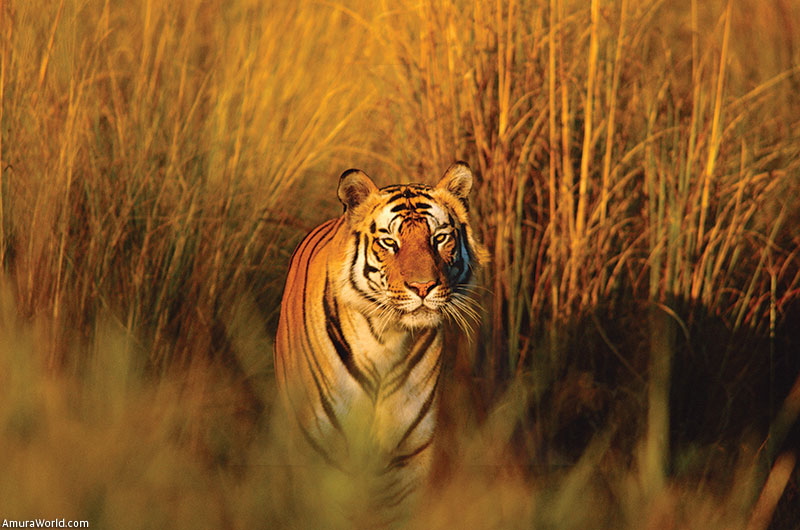 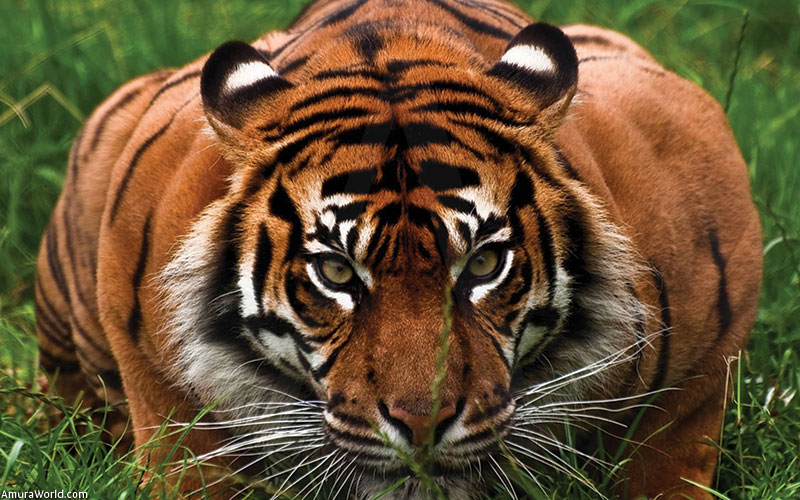 In the same manner, the conservationist’s efforts and the reserves of territories exclusively destined to nature, surround a protective zone where human influence is limited, such a way that every part of the environment may be used by people the same as by nature. The latter is complemented by a rigid compliance of law in order to stop the poaching of tiger population.

In XIX century India, it was known of the existence of 40,000 specimens, but by 1973 only 2,000 were left. Since its habitat had been affected, the Bengal tiger was often forced to kill cattle, becoming thus a foe for the population; this brought about the extinction of three of the eight sub-species. Nevertheless, the conservation efforts involving its natural habitat preservation, and its natural prey, have allowed the number of tigers to grow up to almost 4,000 in the entire planet. 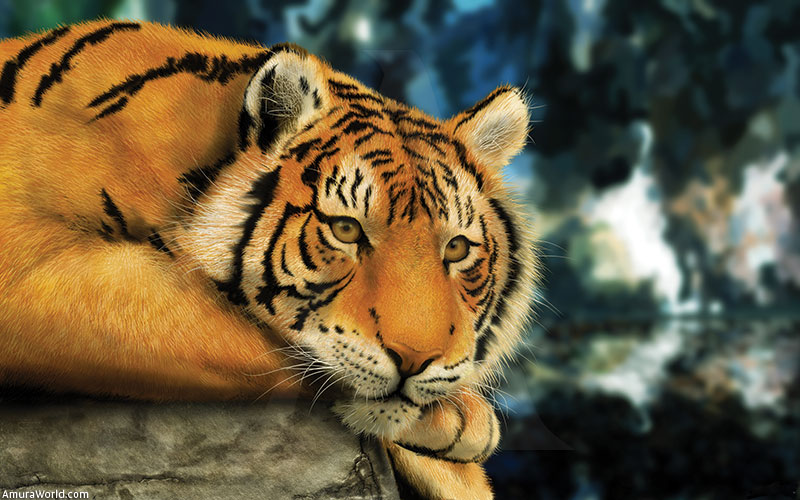 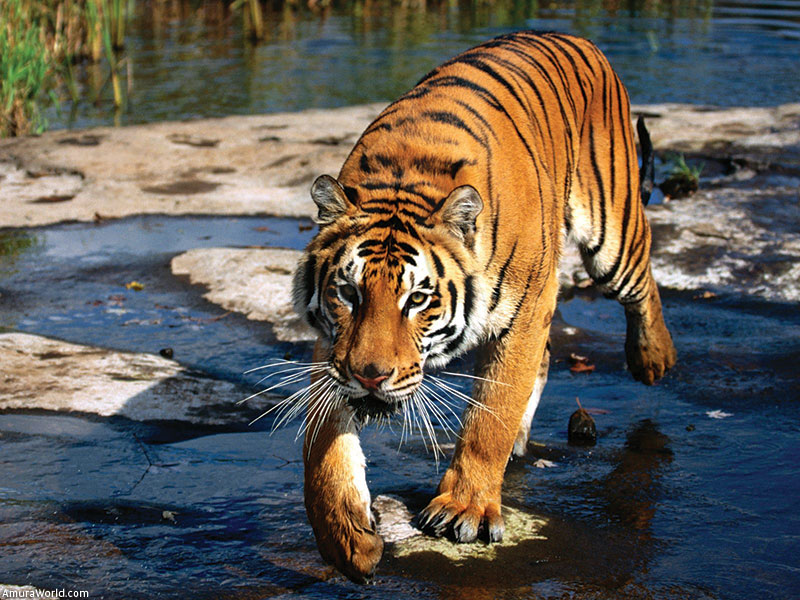 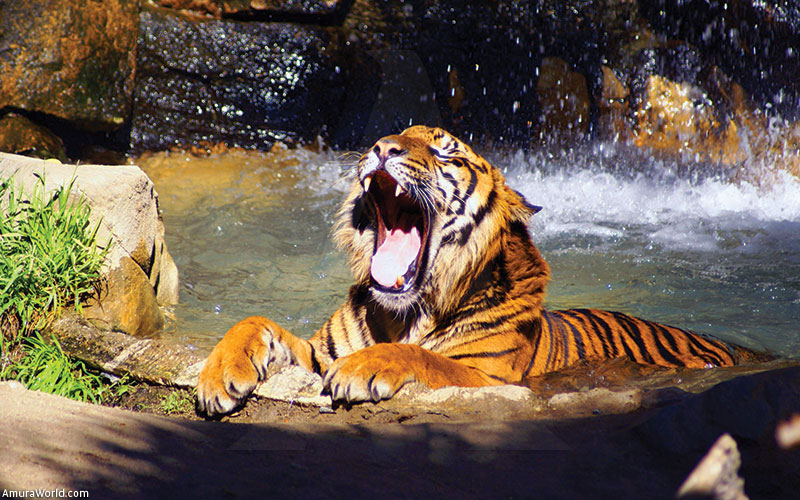 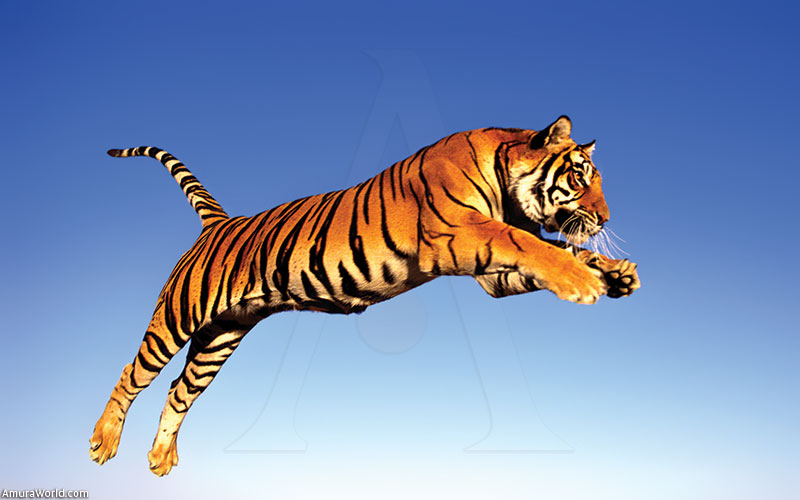 The country’s mythology has defined tigers as rebellious and impatient, dynamic and passionate, reckless and sincere beings; standing out over other deified animals because of their lusty love for life. That is why Durga –Mother Goddess—one of the manifestations of Parvati, a war and destruction deity, rides a tiger flaunting her force and might. According to the Hindu lore, when the demon Mahishasura usurped the heavenly planets or Swargaloka, Brahma, Vishnu and Shiva, the greater gods, conflated their energy and created Durga, clothed her and gave her a tiger as main vehicle. She and her tiger fought against Mahishasura and defeated him and his huge army, restoring thus peace and order in the world.

According to the Hindu legend, one day the goddess Parvati went to take a bath and asked Ganesha, her son, to watch the door to her chamber, so as not to allow anyone to enter. At that instant, Shiva came back from war and Ganesha did not recognize his own father and banned him from entering. Shiva got enraged, and being unable to recognize his own son, beheaded him. At the wailing of the woebegone mother, Shiva came down to Earth with the promise to give his son the head from the first being he met, and it happened to be an elephant.

In India, this worshiped and venerated animal, has a sorrowful story, far away from its divine status; it is usually seen in labor fields, in such conditions that have led this country’s government to establish protective measures. Just as in the case of the tiger, it is sought to safeguard its conservation, and that is why this pachydermata has been granted the title of National Heritage Animal. 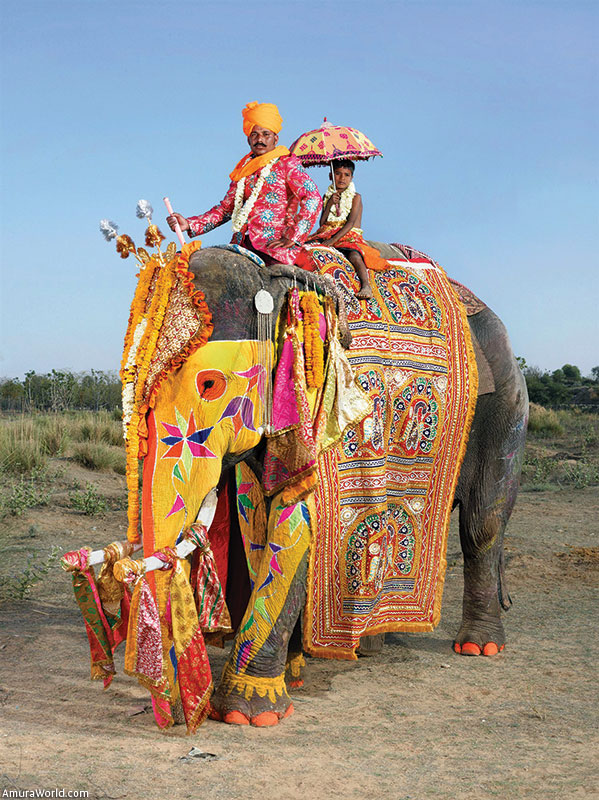 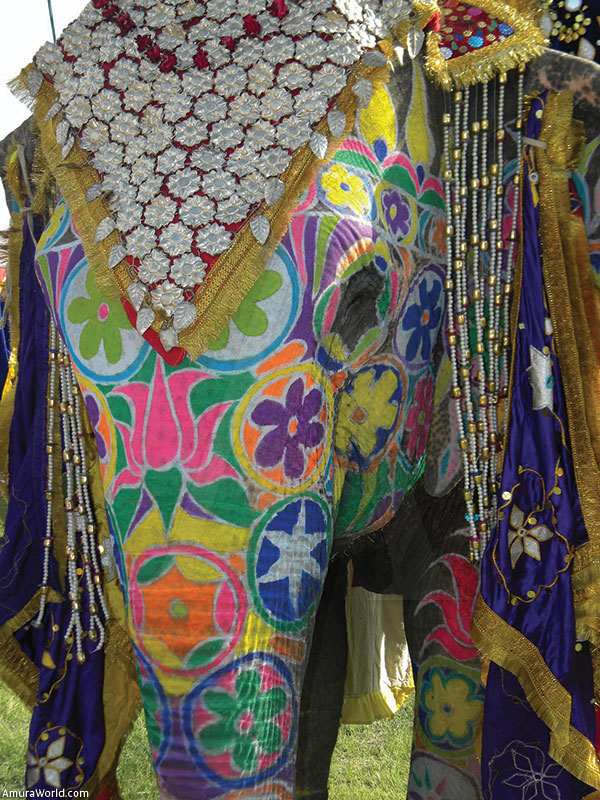 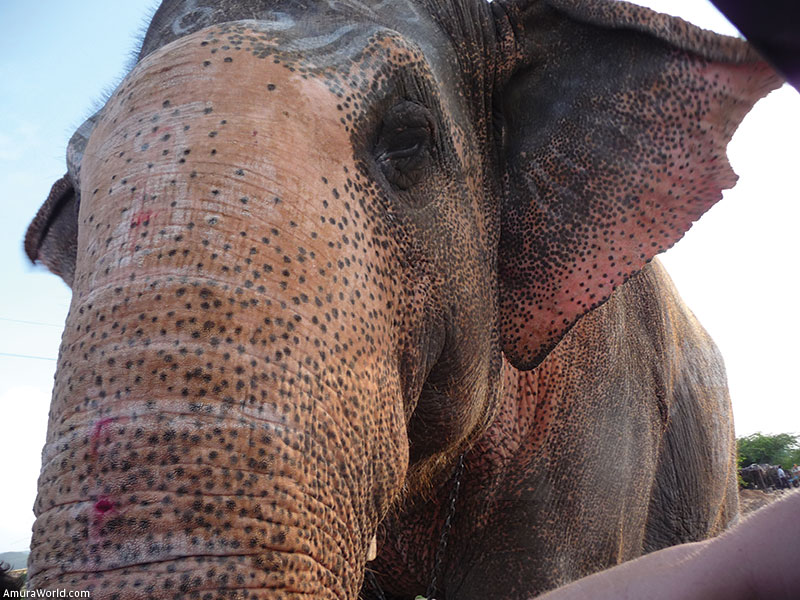 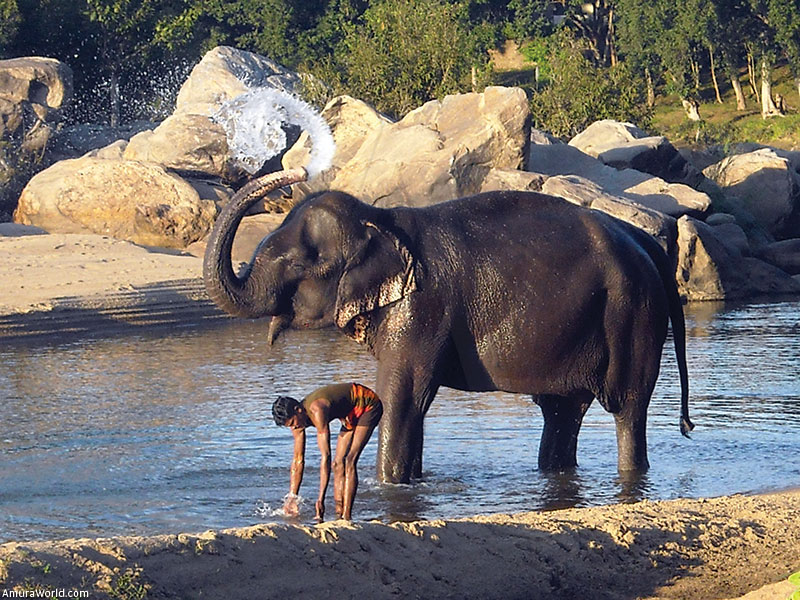 In Hindu religion, when creating the world, Brahma breathed life to Airavata, antecessor of the elephants, and the first one to leave the God’s creation shell. From that moment on, innocence and malice, wisdom and war, experience and courage, have resided in this strong and powerful animal. That is why the Indian government founded a project to give formal and legal character to the National Elephant Conservation Authority (NECA), tantamount to the National Tiger Conservation Authority (NTCA).

This institution would make an effort hand in hand with other non-governmental worldwide organizations such as the World Wildlife Fund (WWF) for the conservation of the elephant, species that currently has a 25,000 specimen population.

Among the proposals for the conservation of the biggest animal on Earth (it might reach a 6.5 m length and more than a 3 m height) include: to augment the reservations’ number in the country; to put tracking chips and use other technologies to trail the elephant population; to combat poaching; to mediate in the conflicts between these animals and human beings (sometimes stampedes destroy towns); to protect the elephant corridors by controlling the nearby activities and relocating, if necessary, the endemic populations. Besides the wild elephants, there exist 3,500 elephants in captivity, mainly in temples and zoos.

Every year, between August and September, the anniversary of the deity Ganesha Chaturthi is celebrated. During 10 days, rituals are performed and offerings are delivered. The last day of the festivity is always crowned by the immersion of the statue in the sea, with the lot of offerings accumulated. 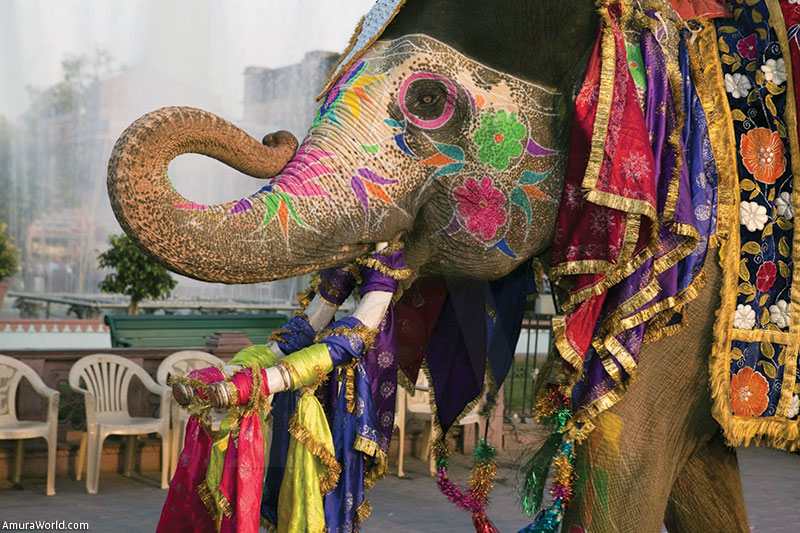 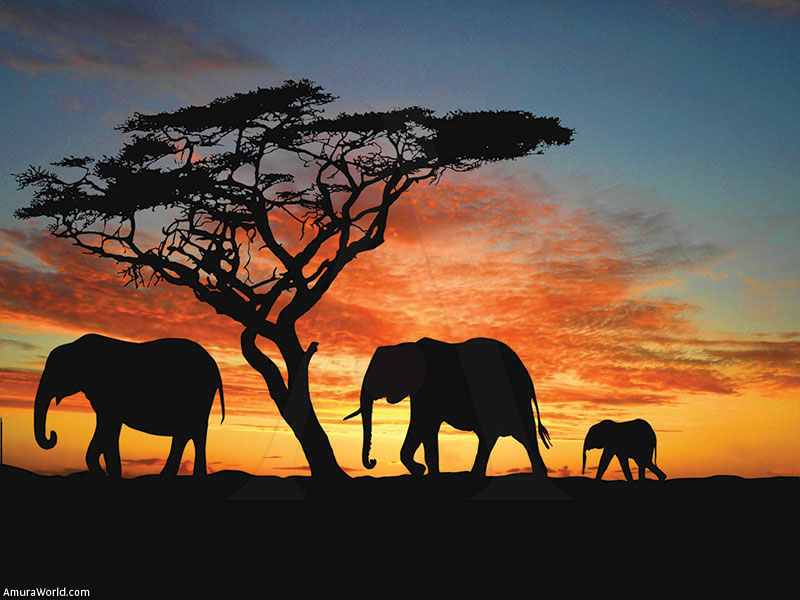