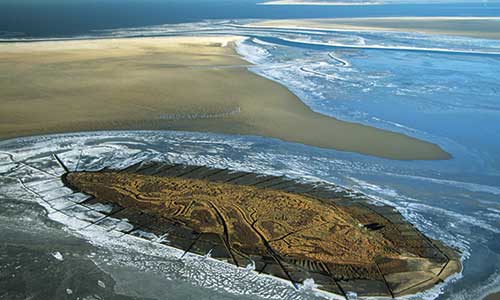 Life between land and ocean

The magical spectacle begins once a new every six hours: in the Wadden Sea, the continuous change of low and high tide shows incredible forces of nature, it also portrays how the water pulls back in a gap of 30 Km of width a couple of times per day. The flows grant this place a singular coastal landscape, a forever changing view. This natural display is not the only thing that makes the Wadden -found on the German and Dutch coastlines of the Northern Seas- a natural paradise, UNESCO has also declared it a World Heritage site.

The Wadden Sea is also a unique biotype, and it’s the greatest ecosystem of it’s kind on Earth. Sand worms and grey seals, cardiidae and seaweed; Within 10,000 Km2 an extraordinary variety of approximately 10,000 living creatures, amongst them; animals, plants and microorganisms that have adapted themselves to this forever changing landscape, some of these living beings can only be found here. Also, nearly twelve million migratory bird species make a stop at the Wadden Sea during their route in search of food in order to reach their final destinations which are South Africa, Siberia and Canada. Hidden on the ocean floor, a particular treasure can be found: in one cubic meter of water, amongst the seaweed and moss, up to100,000 micro animals live, they are often well camouflaged and cannot be seen at first sight. 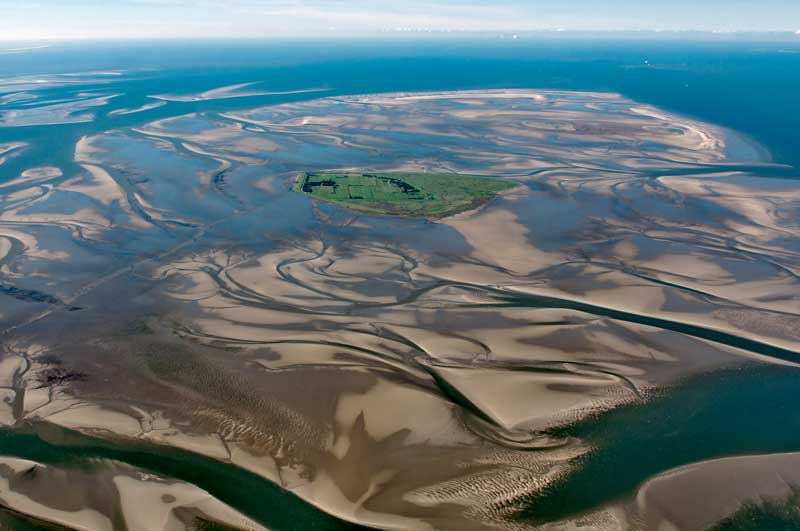 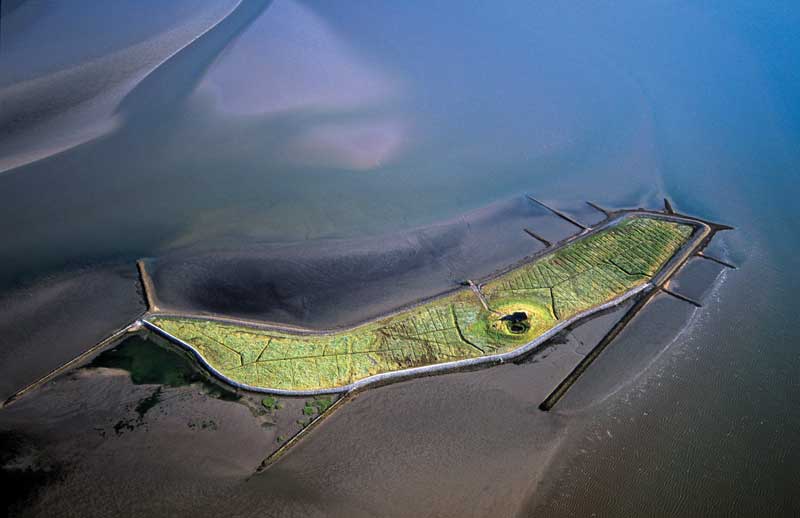 The Wadden Sea is located along the German and Dutch coast.

The Wadden Sea represents a worldwide unique ecosystem of its kind. 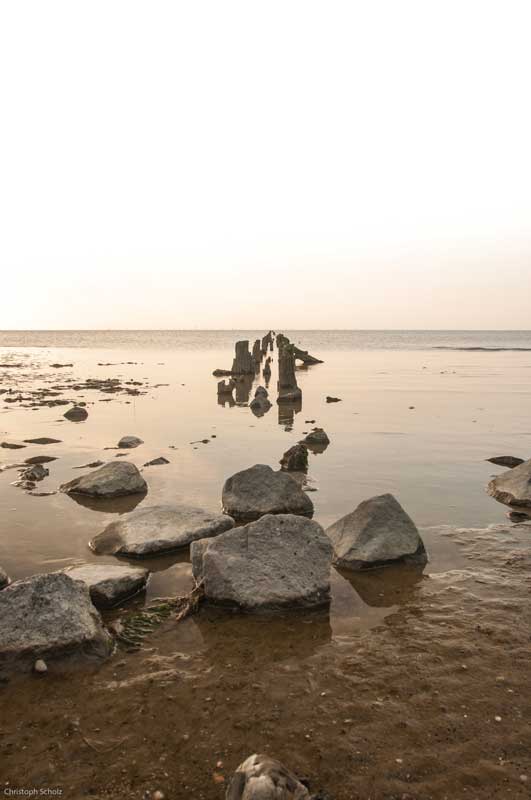 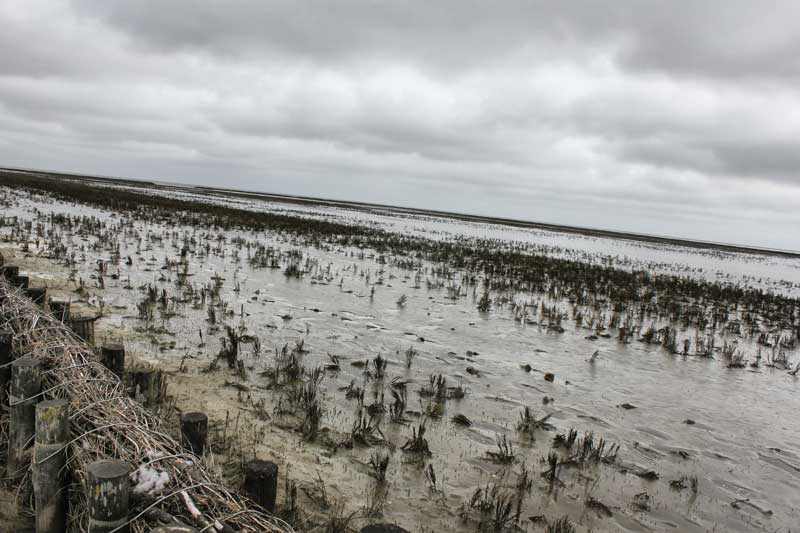 The national German parks of the Wadden Sea of lower Saxony and Schleswig-Holstein,as well as the Dutch protected zone of this Sea, have an “extraordinary universal value and a singular beauty”, phrase that can be read in UNESCO’s fundamentation, in June of 2009, for it’s inclusion in the List of World Heritage proposed by Germany and Holland. The Wadden Sea is the second German natural site in the list of World Heritage, but it’s the first natural landscape with this status.

For this reason, it can be found at the same level of importance as the Grand Canyon in the States, the Great Coral Reef of Australia and the Galapagos Islands from Ecuador. Currently, in the list of World Heritage of Nature Culture of UNESCO, 962 sites can be found, noth have a cultural and naturalistic importance, and are distributed amongst 157 countries. Germany is represented with 37 sites; we can find the Cologne cathedral and the Museum Island in Berlin. Dresde’s Elba Valley, however, was recently removed from the ranking and no longer possesses the title of Human Heritage site due to the controversial construction of a bridge.

Black moss, salty air, white sand dunes...and beach cushions: the Wadden Sea not only is an ecological treasure, but also a popular touristic destination. This new World Heritage site - which is composed of five island of the Northmost point of Frisia and seven more dots of land from Western Frisia- has a lot to offer to those who visit. Each year nearly ten million tourists visit it’s coastline - of nearly 400 Km of longitude- to spend a couple of days or weeks and nearly 30 to 40 million onlookers are expected to spend one day. All of them wish to feel the sand at the bottom of their feet, walk through the marismas during low tide, drive their car or make a sailing excursion.

Throughout the coasts and in the islands, numerous tourist centers and nature trails in the National Parks can be found, they provide information about the fascinating world the Wadden Sea holds. Their information activities combined tourism with environmental protection, allowing us to understand more deeply this singular oasis of life between land and water. 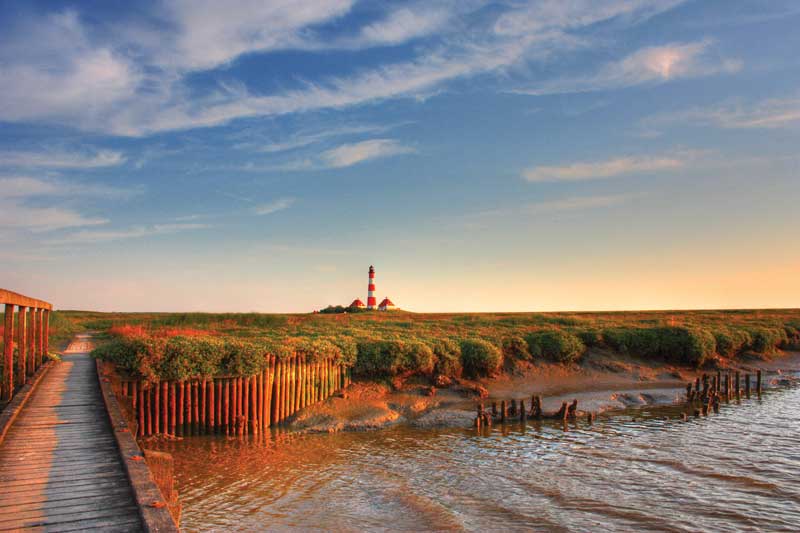 Lighthouse Westerhever, a German landscape of the Wadden Sea. 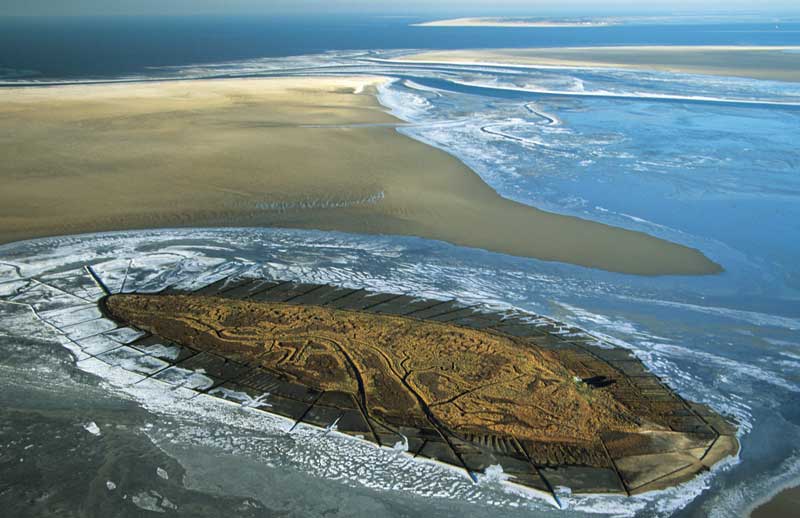 More than 10,000 unique species in their kind, live in the Wadden Sea. 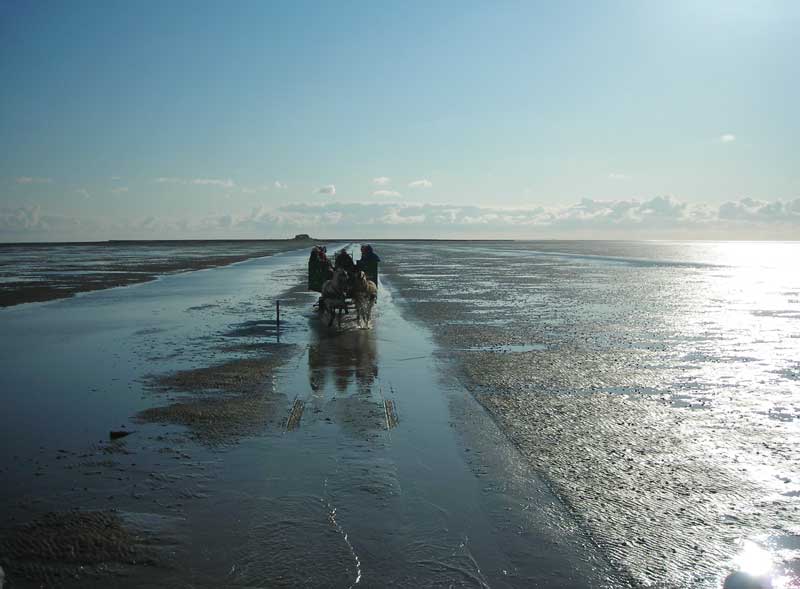 It is a constantly changing landscape. 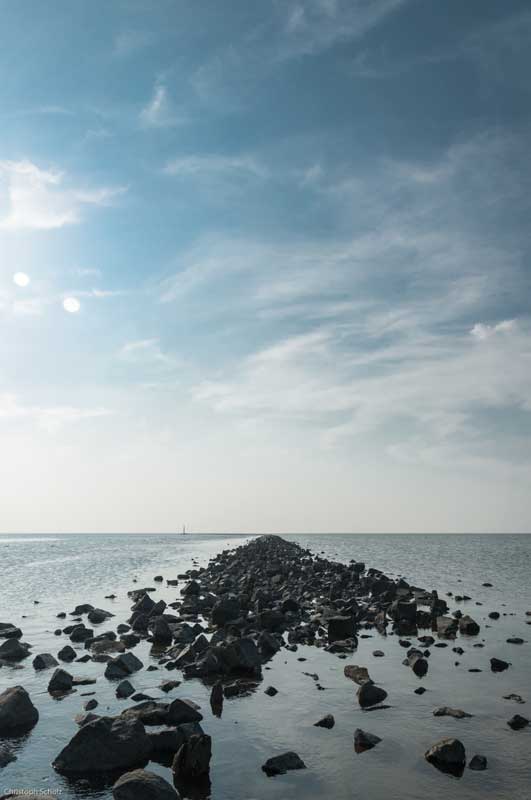 / The Wadden Sea is the first natural landscape of Germany in the UNESCO World Heritage list. 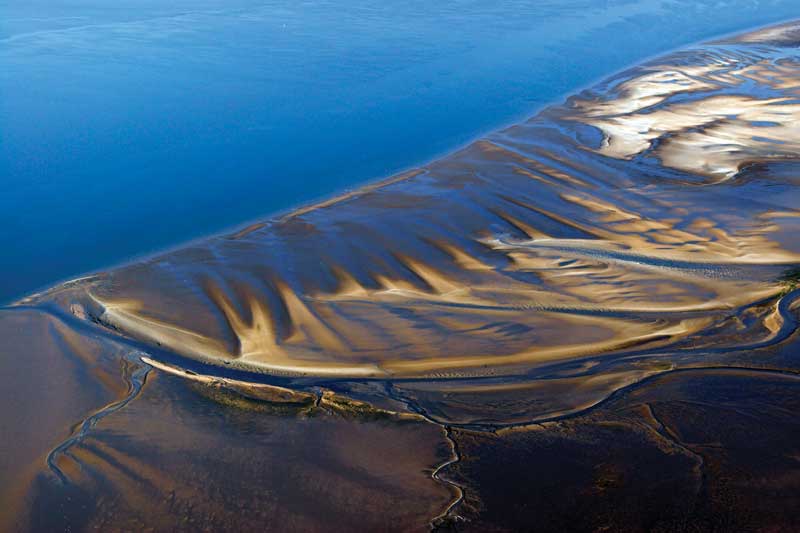 The importance of the Wadden Sea to Germany, is equivalent to the Grand Canyon in the United States, Great Barrier Reef in Australia and the Galapagos Islands of Ecuador.