A forest for every girl 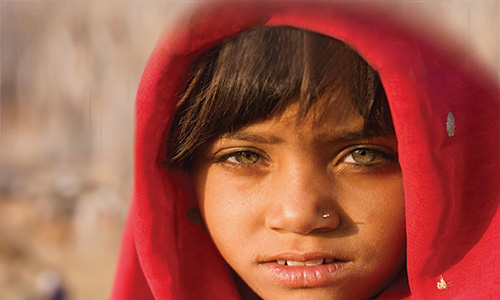 Eco-feminism: a teaching from Rajasthan to the world

“The Earth is alive, it is sacred, and it is the connection between all living things”.
Vandana Shiva

Under the context of a patrilineal society that segregates and minimizes women, a new hope shines in the dew of the leaves of the trees in this locality of Piplantri, northeast of Rajasthan, India. For every girl born in this territory, 111 trees are planted, which are then taken care of by the families until the girls reaches adulthood. This provokes a shift in consciousness towards the gender, as well as inciting and excellent level of sustainability and quality and life for the community. Furthermore, it takes care of natural resources and species which are profoundly vulnerable in this region of the globe.

In various Indian territories, abortion and post-partum murder of girls is common, especially in populations on the lower end of the economic spectrum. It is a tragic reality where approximately fifty percent of girls are deprived of life, as a males are increasingly coveted due to them being considered a family’s provider, and because a girl must pay a dowry when she grows and marries. Multiple inconveniences and injustices that are, regrettably, awarded to gender in India and many other territories around the globe in the 21st century. They are a reality that we must change day by day. 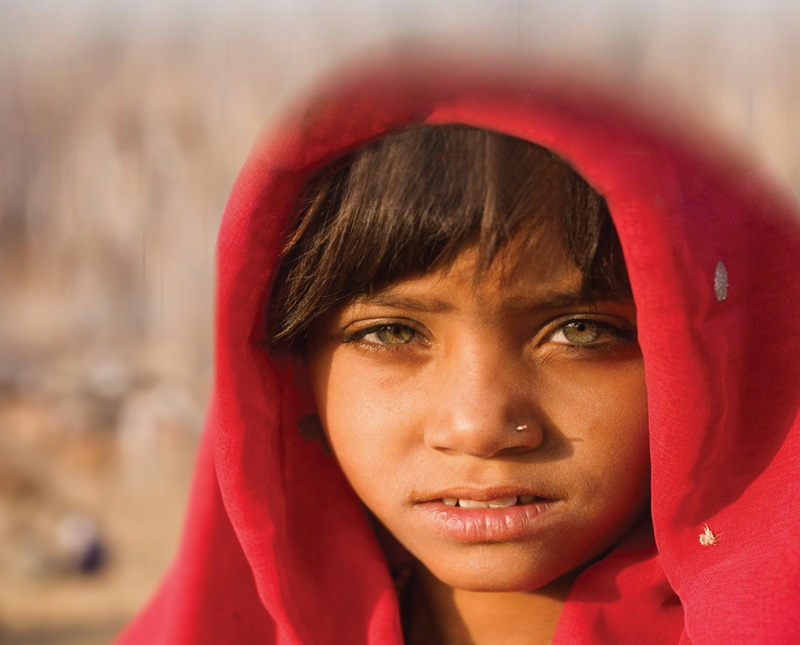 Face of a girl from Piplantri, the Rajasthan village where 111 trees are planted for every woman born there.

This becomes evident in numerous towns in Rajasthan and India, which are practically lacking in women, as the majority of the population has become male due to the silent practice of eradicating girls, an action that has become deeply counterproductive for the communities. It is because of this that this example in Piplantri is so notable and inspiring, as it represents a fresh hope that has been born right in the heart of India, and in the midst of a devastating problem.

Today, a new forest can be created for every girl born thanks to this new tradition, which, since 2006, has undertaken by families of this locality. The tradition was begun, though, by Shyman Sunder Paliwal, a father and leader of the community who founded the movement after the demise of his little girl, Kiran Nidhi Yojana. From her memory, this beautiful ecological act of love has been flourishing in India and offering a radiant hope for the entire world.

Shyman Sunder Paliwal was an activist that sought for favorable changes for the town before the event that would mark him to prioritize the protection of girls. It was him, along with other collaborators of the community, who gestated the first advancements through programs such as “Swajaldhara Yojana”, which was created to conserve water in the region. 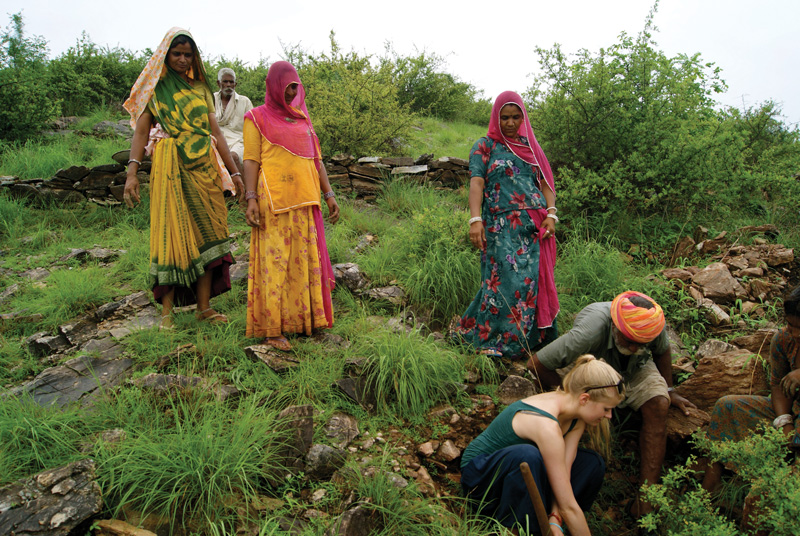 The entire community works in Piplantri to generate real changes.

Currently, these 111 mainly act as the “dowry” for the girls, who are able to dispose of this “income” until they reach 20 years of age. Whether it be to marry—voluntarily—for their studies, or for other necessities. Trees are not only planted for every girl that is born; for every demise of a child of any gender, 11 trees are planted in his memory. These numbers, in the words of Shayman Sunder Paliwal for Amura Yachts & Lifestyle, “are Saintly numbers in the Hindu religion. As such, we had to begin with a number, and so have chosen the number 111.”

This novel eco-feminist tradition works, for the most part, in the following manner: the girls’ parents commit themselves, by a contract, to educate and send the girl to a school, as well as to not marry her before she is 20 years of age, and only if the girls wishes to do so, and, ultimately, taking care of the tress in their daughter’s name. The money—as these trees create a capital gain—is invested on fixed terms during the time the girl is growing, and it is her who decides if this money will be used for marriage, or for other endeavors. In this manner, the girls avoid a future abandonment or a forces marriage while being underage, which frequently occurs in numerous towns.

“We plant trees such as aloe vera, mango, Sheesham, woodstick, Amla, and other fruit trees. These are chosen under the guidelines that, for the next 10 years, when they are ready, we can generate employment based in the nature of the trees, which will help the towns to become independent in economic terms,” Sunder Paliwal declared. 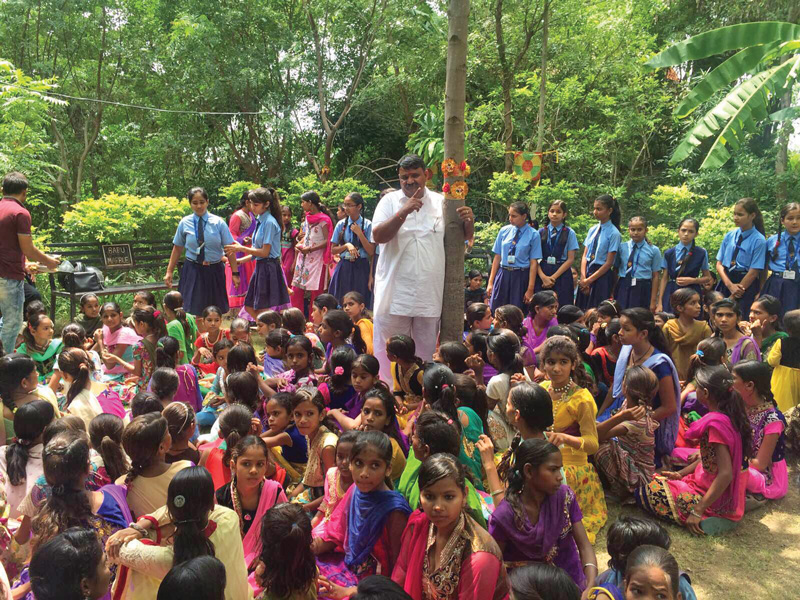 Shyam Sunder Paliwal , founder of the movement, surrounded by girls and nature of Piplantri.

The 111 trees represent the life, the strength, and the integrity of the girls. While the family takes care of them, the girls and the tree grow together. The girls, as a sign of appreciation and sisterhood, use colored ribbons to adorn the trees. In this manner, life preserves life, and guarantees a future for the girls and the community at large. This not only protect nature and its resources, but also generates a shift in consciousness, one where the population begins to see the advantage in having girls as much as they do in having boys.

This change in consciousness lies in what was once “a problem” but now a benefit, for with every girls comes a forest, a substantial economic dowry for the families and the community, as well as the blessing for a planet in grave need of it. This creates smiles instead of acts of aggression towards women simply for their right to exist and to be respected. All through a peaceful, exemplifying, intelligent, grand, and considerably beneficial act.

If this tradition is extended, it will become an enormous benefit for the entire region of Rajasthan and India, especially in those areas where there are marble factories, such as is the case of Piplantri, as this activity continually degrades the soil, making it unfertile, and increasing the number of risks for the population during monsoon season. Piplantri used to suffer from industrial waste contamination, female feticide, water scarcity, infant marriages, lack of electricity, illiteracy, crime, and other problems that have slowly receded thank to this initiative. 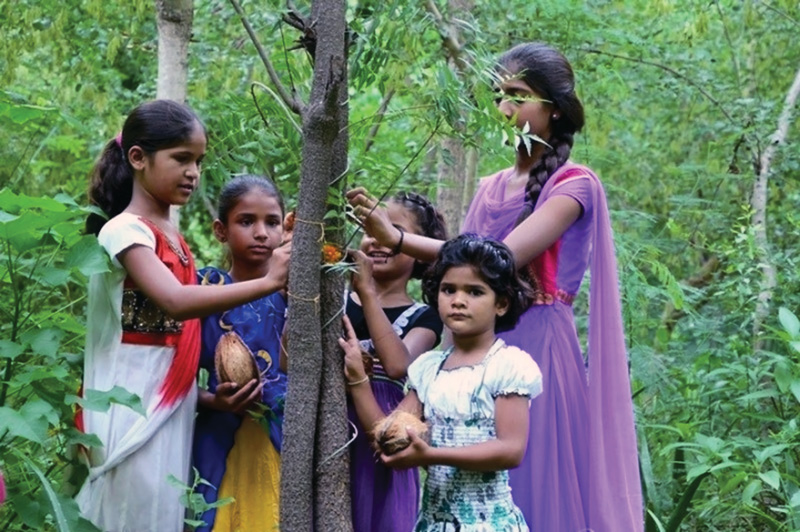 Girls and their families take care of the trees planted on their honor. 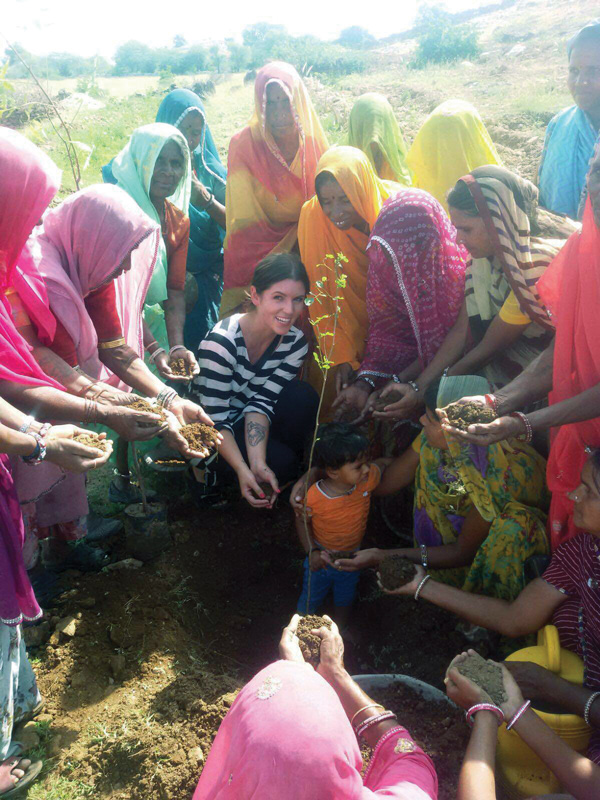 Today they have planted more than 70,000 trees in this town of Rajasthan. 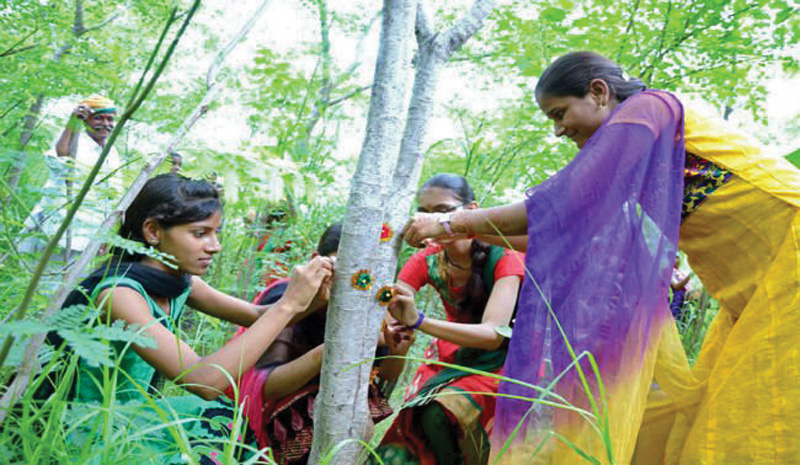 The idea is to extend this tradition to the whole India. 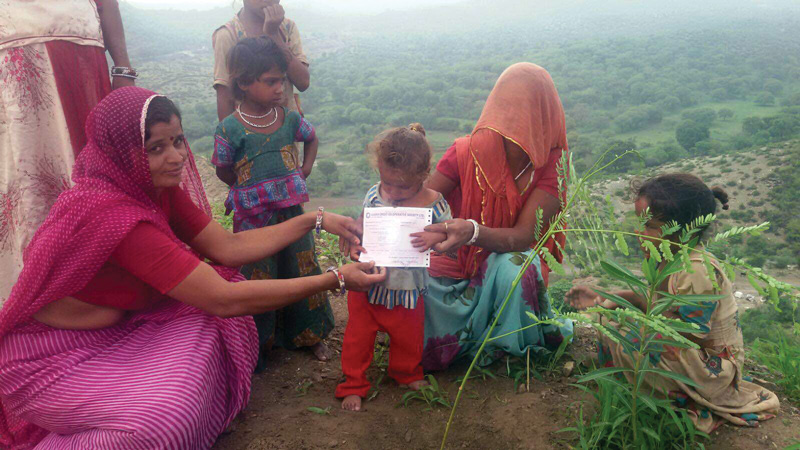 There is much to do, but this Piplantri example already begun to spread beyond its geographical boundaries.

Reforestation encourages greater water retention, it protects the communities during monsoon season, and it transform the landscape while protecting its species. They also create economic booms. “These trees are helping the birds and the animals, ensuring they have a refuge and food,” Sunder Paliwal highlighted.

It is a matter of extending this tradition and taking it beyond the borders of the town, and for that, it is required that other communities wake up and for them to integrate themselves to this new hope. “We will continue to work in Piplantri, but, this year, the government of Rajasthan has named Piplantri as an exemplar model, and so, this “Piplantri Modal’ can be implemented in all the areas of Rajasthan. We have begun to work in a town named Tasol, 15km from Piplantri,” Mr. Shyam Sunder Paliwal said to us.

Sadly, the situation of women in India is well known. They not only have to fight for their lives, but also deal with constant harassment and vexations off all types. This is a global phenomenon occurs more or less everywhere, with alarming frequency.

“Piplantri and its people are doing quite well by supporting this noble cause. It is the most efficient way to save the girls, nature, and the environment as a whole, with an emotional feeling tied to the trees. I would like for everyone, in all towns, to adopt these measures to safeguard the girls, and the entire ecosystem of India,” Sunder Paliwal concluded. It is estimated that 60 girls are born each year in Piplantri. As such, this town now has approximately 70,000 trees planted in the memory of these girls.

“The hope for a change in our favor is what keeps us alive”.
Anonymous woman in Rajasthan