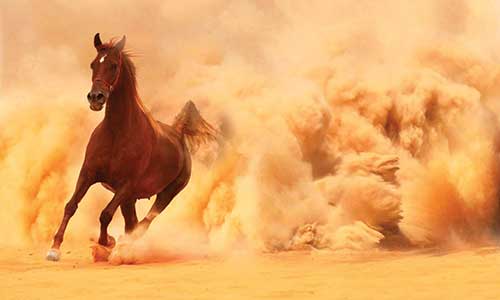 The Karabaj horse is considered by experts worldwide to be among the seven finest castes, as well as belonging to the one of the oldest. It is bred in the Karabaj mountains since the 16th century.The species descends from the cross-breeding of the Akhal-teke, Persian, Kabardian, Turcoman, and Arab breeds; it is of great cultural importance for the people of Azerbaijan, and amply recognized for its strength, beauty, intelligence, mild temperament, and inexhaustible energy. 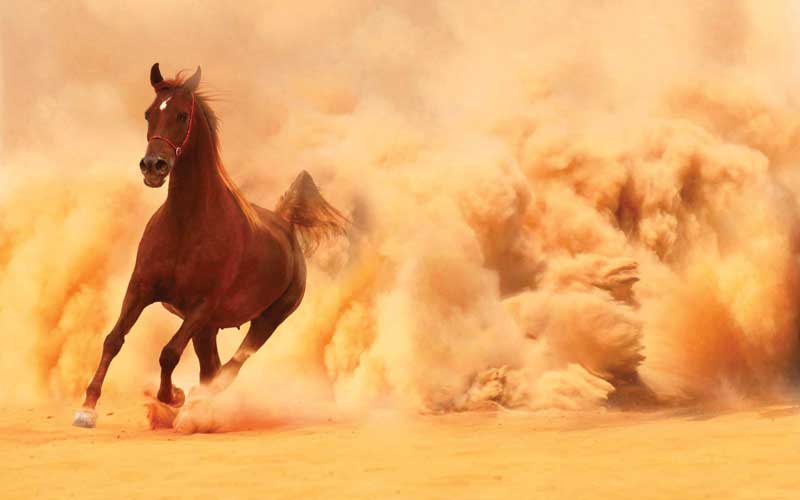 Symbol and support of the lives of the Azerbaijani

It is the symbol of the Aghdam region of Karabaj, at a time when the origin of the species is traced. For the people in these areas, the horse became a fast and efficient mode of transport, as a trained specimen could reach speeds of up to 70 km per hour. Galloping at full speed on one of these horses was an experience akin to flying. It has also served as a source of livelihood, an ally for farmers, soldiers, and for men who partook in the traditional Azerbaijani equestrian game: the Chovkan, which was inscribed in 2013 (8.COM) in the List of Immaterial Cultural Heritages, which names those that require immediate methods of conservation. Furthermore, the horse was and remains a faithful partner in the acrobatic dances that have become a trademark of the Azerbaijani people. 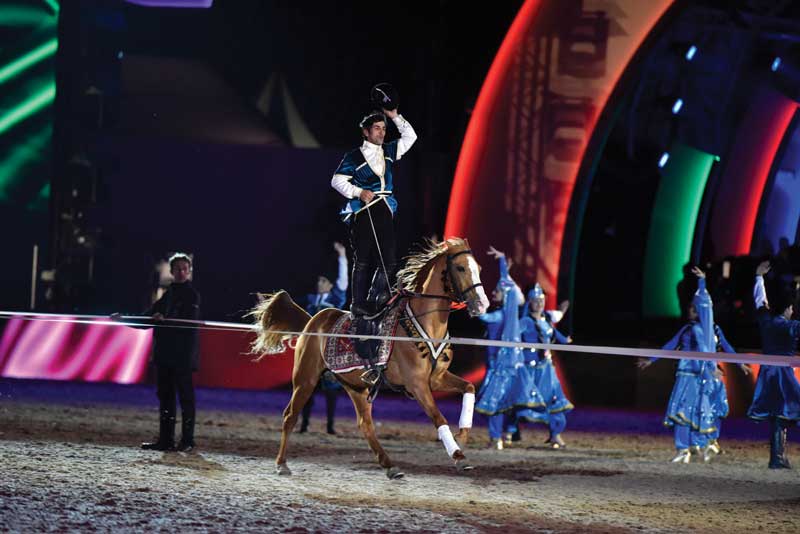 The horse is depicted in countless artistic renditions throughout history, and its image can be found in tapestry, on the canvases of famous painters, stamped on seals, and set on coin. They persist as the essence of a gallant and mighty horse, “the black-red-gold miracle of Karabaj,” as it was sung in the classical historical romance, “Ali & Nino.” Curious fact: the true identity of the author of this work remains a mystery, and it was first published in the year 1937, in Vienna, by Kurban Said, the pseudonym used by the Baroness Elfriede Ehrenfels, who submitted the work to the German authorities at the time. Experts still debate one another on whether one of two writers wrote the work: Leve Nussimbaum, who used to sign his works as “Essad Bey”; The Azerbaijani, on the other hand, contest that it is a story by Yusif Vazir Chamanzaminli, an Azerbaijani nationalist killed in a gulag, a soviet camp for political prisoners. 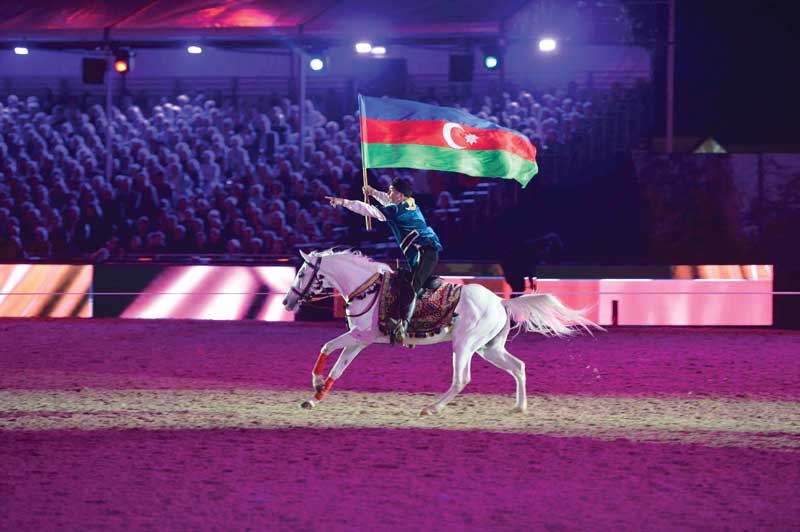 Galloping around the world

Between the 18th and 19th century, the specie experienced its Golden Age. In 1867, a magnificent specimen from Khurshud Banu Natavan’s cavalry, the daughter of the last Khan of Karabaj, received a silver medal at the World Fair in Paris. The Karabaj horses so fascinated the French public that the fashionable women at the time took to wearing hair pins with images of the horses on them. In 1869, two Karabaj horses won the silver and bronze medals at a Russian tournament. In 2004, a specimen broke two world speed records: a 1000-meter dash in 1 minute and 9 seconds; and a 1,600-meter dash in 1 minute, 52 seconds. In 2012, as part of the Queen Elizabeth’s Diamond Jubilee and reign as Queen of the United Kingdom and host of the Annual Royal Windsor Horse Show in honor of Azerbaijan, a stupendous Karabaj horse was magnificently paraded as an equestrian treasure.

The reasons behind it being critically endangered

Due to division, war, military occupation, and political instability in the region, the number of Karabaj horses in the region began to diminish during the Iranian-Russian war of 1826. A continued decline persisted well into the 20th century, a product of civil and ethnic conflicts in the Caucasus and Karabaj regions. Today, the Nagorno Karabaj war, amongst other conflicts, has only gutted the population even further.

Crossbreeding has also been a significant factor in reducing the number of specimens to just 1,000, and of these, only a few dozen female horses are pure breeds. This figure set off alarms amongst conservationists, who defined it as a species that had become critically endangered. 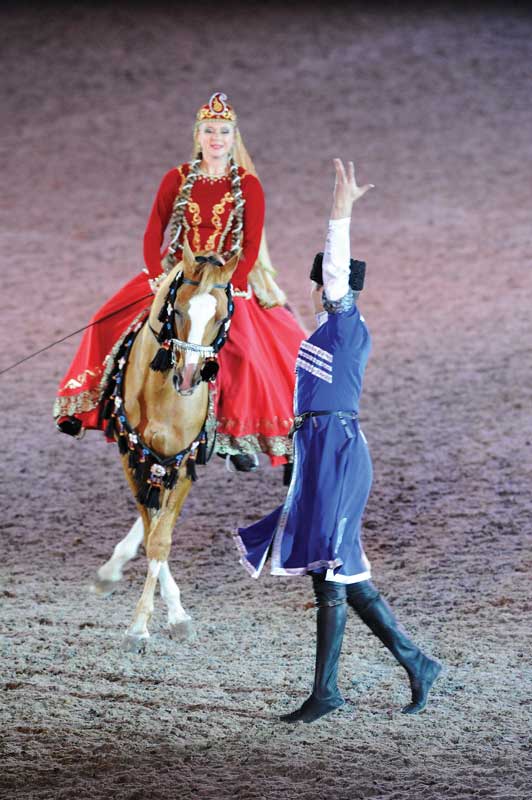 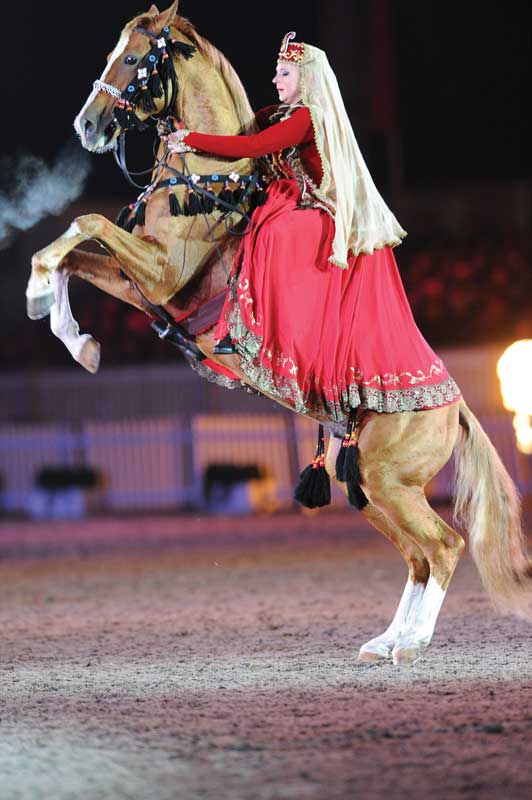 A new hope for the conservation of the specie

Azerbaijan’s Minister of Agriculture has established a series of guidelines for the breeding of horses, and has signed a law that prohibits the sale of horses to foreign agents as long as the horse is in and in risk of being critically endangered.  These programs include veterinary services, training courses, and scientific studies to the precisely determined the DNA of the horses in order to guarantee a full understanding of the breed.

In the wake of this objective, a man by the name of Yashar Guluzade has been working for over ten years to restore the castes in the Sheki hills, located some 300 kilometers from Baku, the capital of Azerbaijan. It he who know oversees the largest number of horses, and is determined that every pure breed in his stable leaves behind an offspring to ensure their survival. 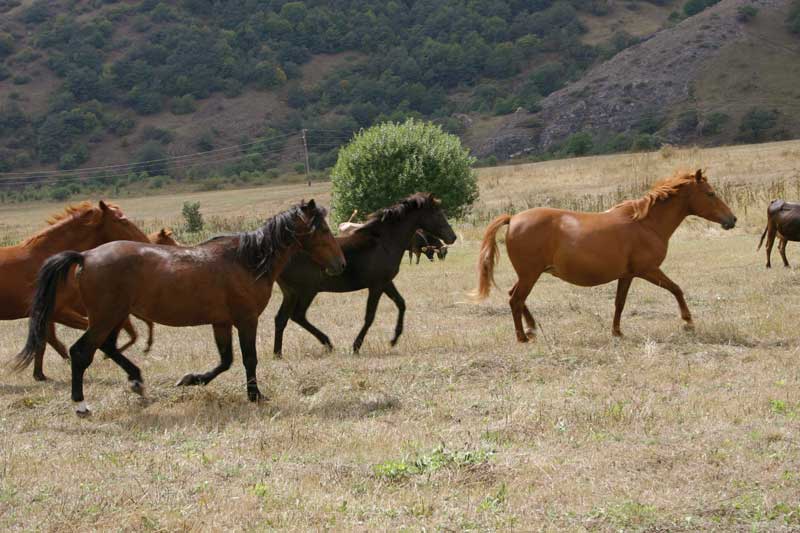 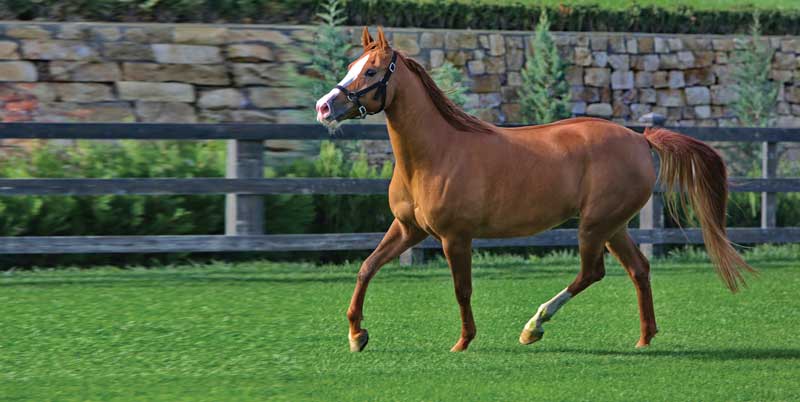 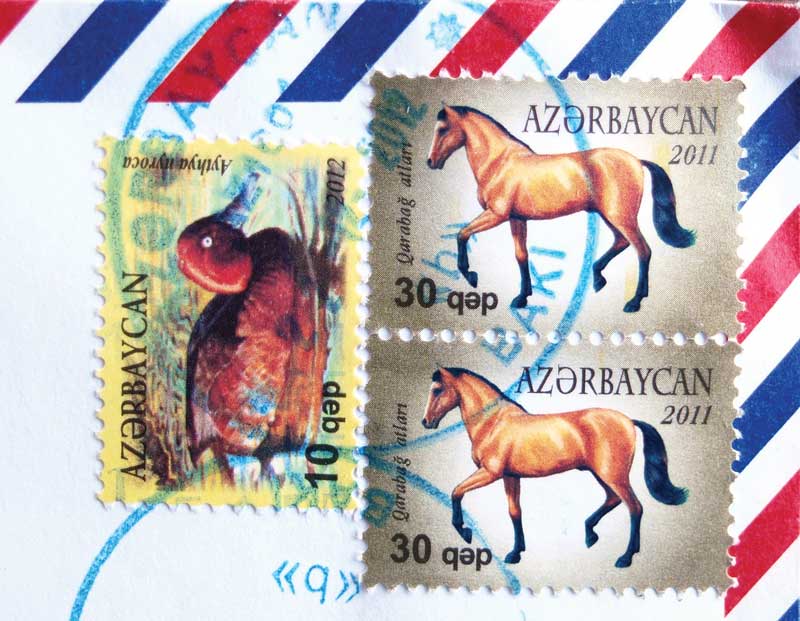