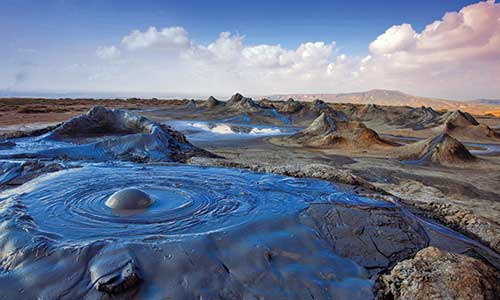 Thor Heyerdahl (Larvik, Vestfold, October 6th 1914 – 18th April 2002, Liguria, Andorra) Norwegian anthropologist, adventurer and biologist, reckoned that the historical evidence of more than 6,000 cave paintings in Gobustan established the possibility that Azerbaijan was one of the cradles of civilization from which people emigrated to northern Europe several millennia ago. In his words: “The Azerbaijani should be proud of their ancestral culture, one as rich and ancient as those in China or Mesopotamia.” 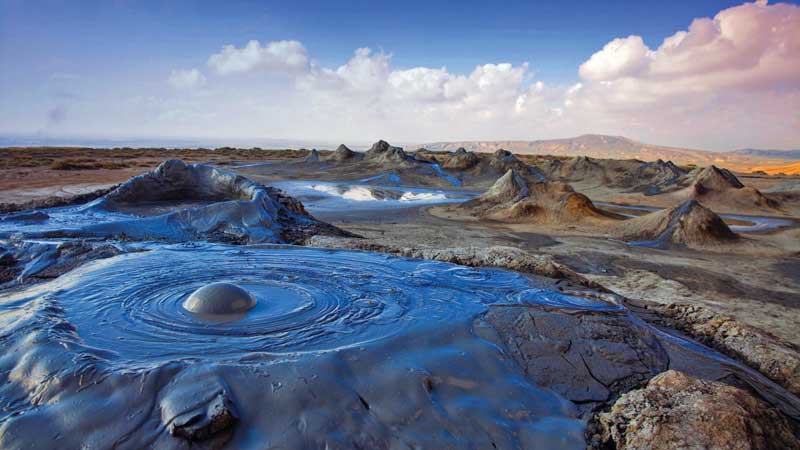 Located 64 km away from Baku, this national park is come to the longest continuing tradition of cave art in the world, dating back to the Paleolithic times, and it is because of this that in 2007 UNESCO named it a World Heritage Site. Only a few, specific places on Earth are recognized as such in order to catalog and preserves the important natural and cultural inheritance of humanity. Starting in 1966, the 543 pieces that form the Natural Cave Art Landscape were declared a historic artistic reserve; and, in 2011, the area was designated a National Park, by decree from the President of the Republic of Azerbaijan, Ilham Aliyev.

Investigators have cited that oldest petroglyphs are located on the upper levels of the Beyukdash and  Kichikdash mountains, and the Paleolithic and Neolithic monuments on the lowers levels. Those of the Bronze and Iron Age are set at the foot of the mountain, forming and inverse ladder of great significance for humanity. 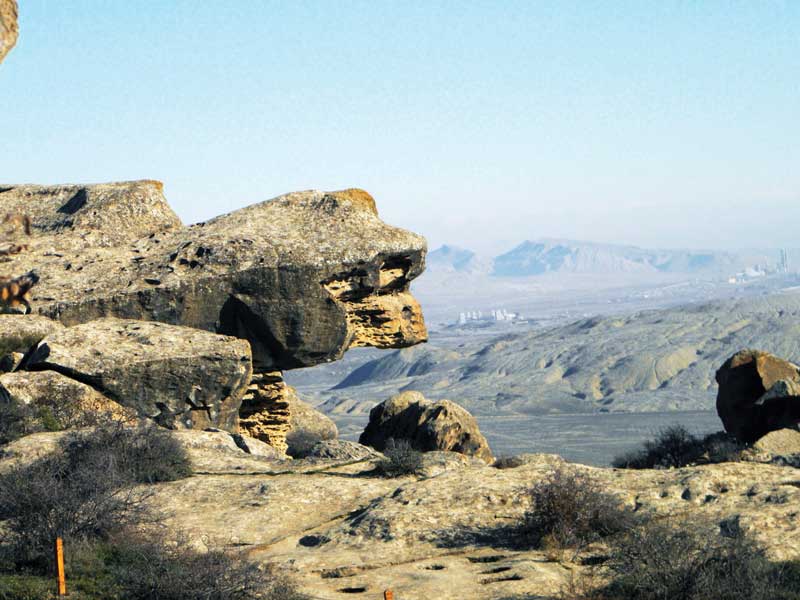 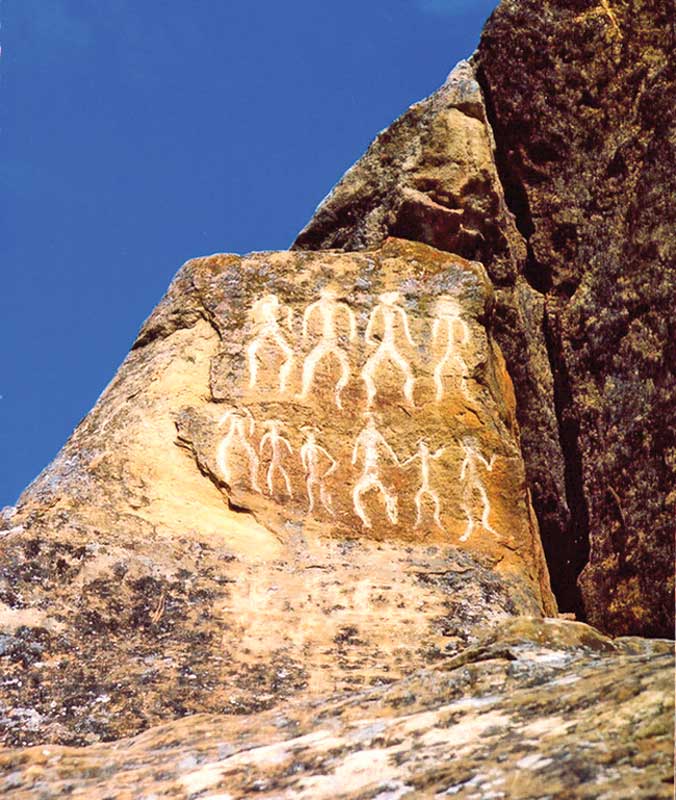 Petroglyphs in Gobustan, Azerbaijan, 10,000 BC. 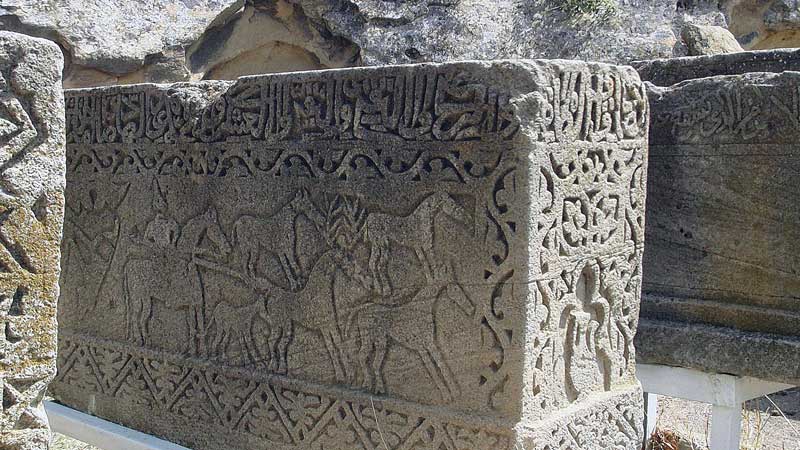 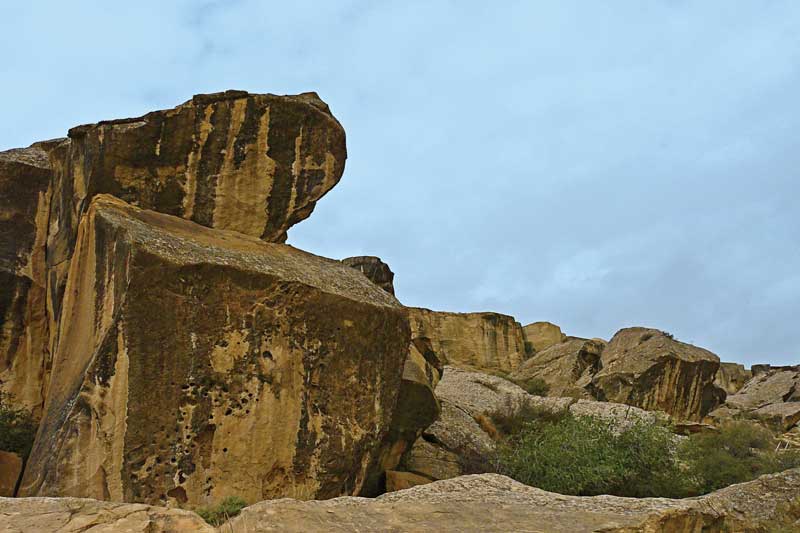 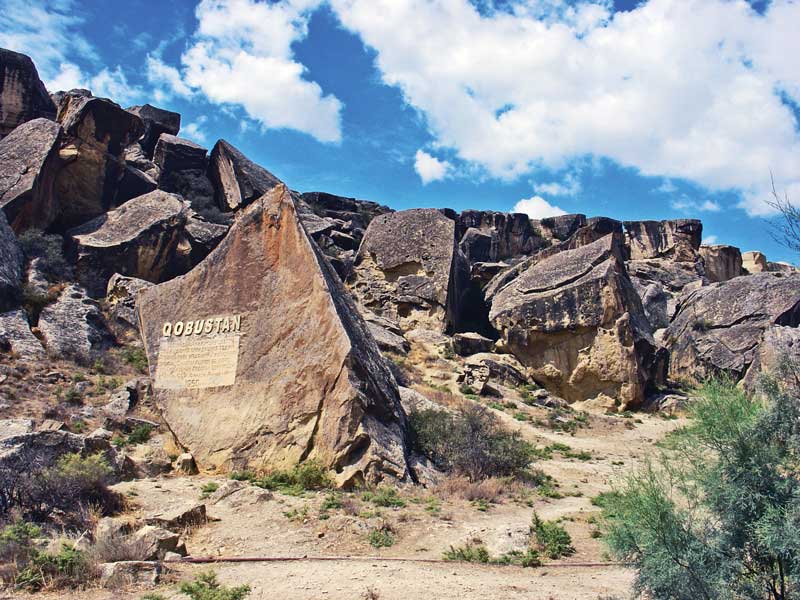 Petroglyphs in the Open Air Museum of Gobustan.

The Kichikdash Gaya Arasi Mountain attracts special interest given the life-size image of a large fish, said to depict a dolphin. The figure dates by to quaternary glacial cycles. The age of the petroglyphs was established by an interdisciplinary group of specialist in various fields: anthropology, geology, paleozoology, amongst others. They all form part of a thousand-year old network of cave paintings that were used by the original inhabitants of this region as dwelling spots, religious sanctuaries, and mystical gatherings.

Some of these traditions are kept alive up to our day and age near Gobustan. For example, the local residents considered the ancient bridal procession as a mandatory ritual; they arrive at Beyukdash and commence to dance at the foot of the caved-painted rock, which depicts figures dancing as a sign of worship.

It was believed that the cave paintings in Gobustan date back to 10,000 B.C., yet, as of late, this figure has been corrected and it is now established that they date back to at least 35-40,000 B.C. To preserve these, the government of Azerbaijan has taken legal and administrative measures to enhance conservation guidelines.

The Gobustan landscape reminds one of the Martian scenery in recent pictures, those taken by NASA’s Curiosity rover. The semi-desert climate is home to other attractions that make this reserve on of the most sought-out places in the region: the mud volcanoes (close to 300 of them). Contrary to what travelers expect, the water of these volcanoes is cold, and various medicinal properties are attributed to it. This had led visitors to cover themselves head to toe in mud in search of its benefits.

It is possible to find in Gobustan a musical stone named “Gaval Dash.” It has been used since time immemorial as a ceremonial instrument. Today, local musicians combine the sound of the stone, similar to that of a tambourine, with other instruments and songs. 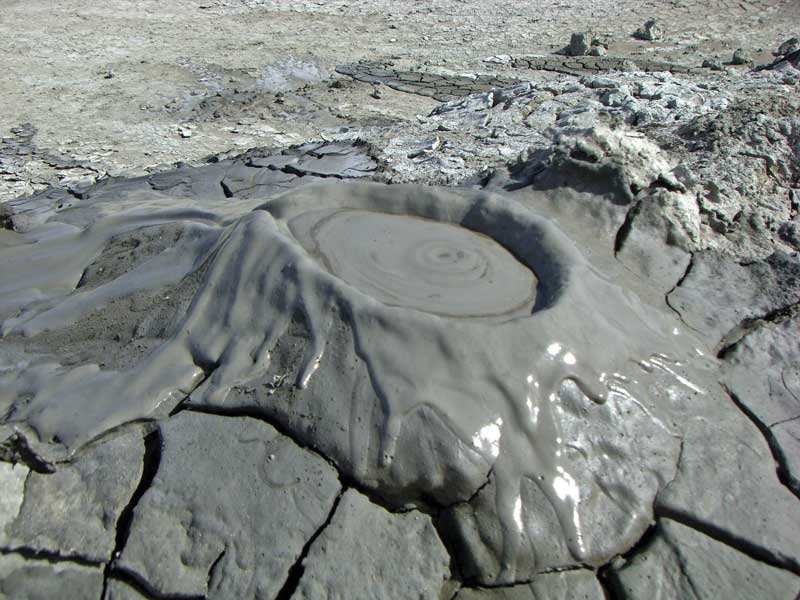 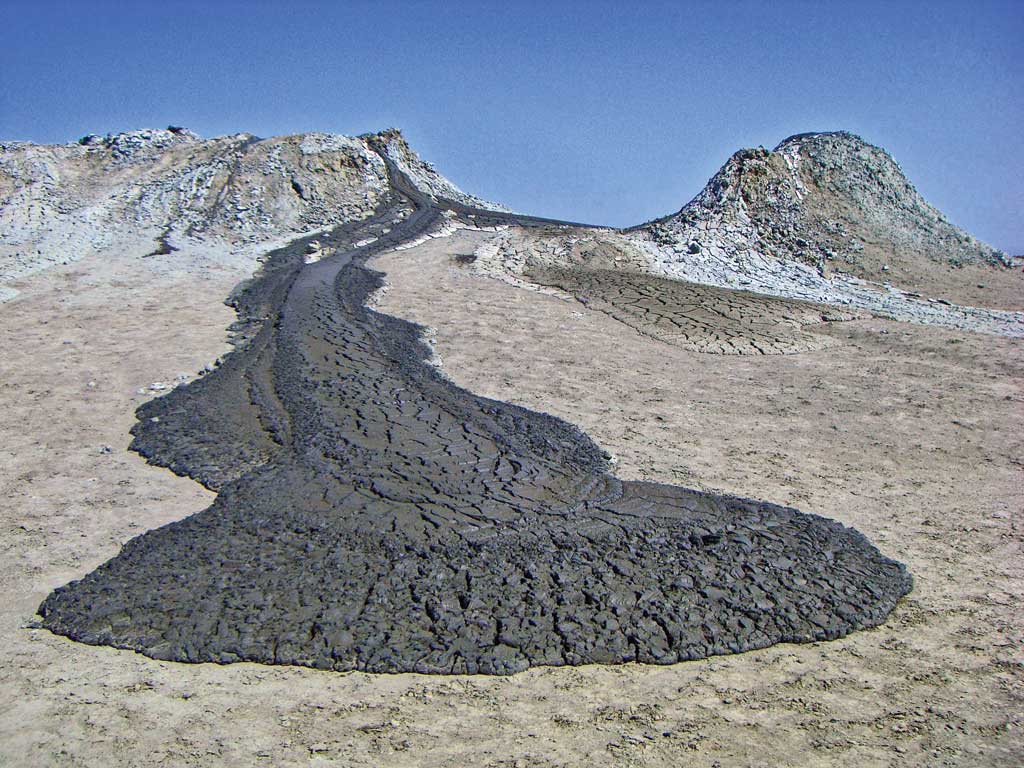 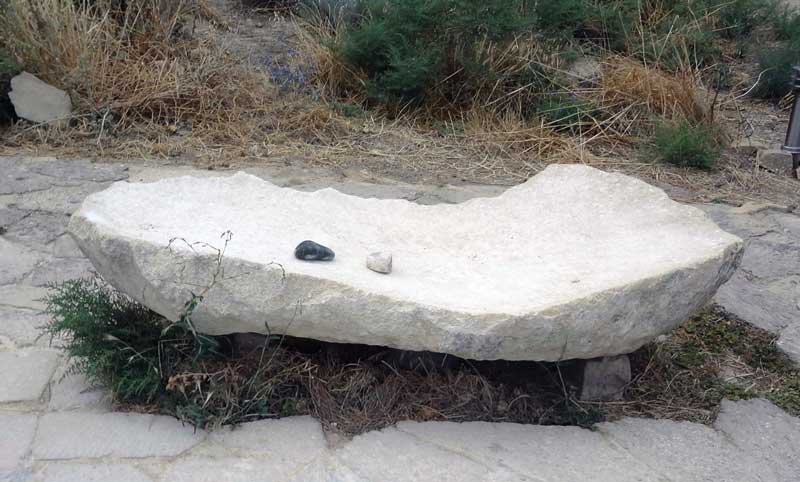