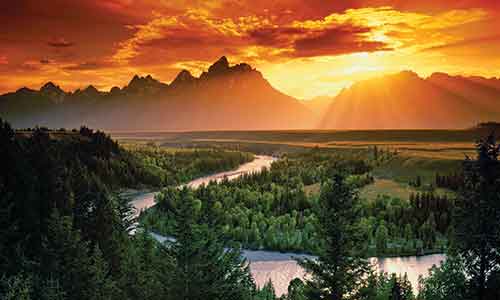 A Natural and Cultural Sanctuary

The Nacional Jigme Dorji Wangchuck Park—named as such in honor of the third dragon king of Bhutan—encompasses the most extensive territory in the kingdom, with a total area of 4,349 km2. It is the largest biological treasure of the eastern Himalayas. Its territory varies between 1,000 m to 7,000 m above sea level, which favors the vast topographical diversity of one of the highest ecosystems in the world, where the sacred peaks of Jomolhari, Tsherimgang and Jitchu Drake stand out. 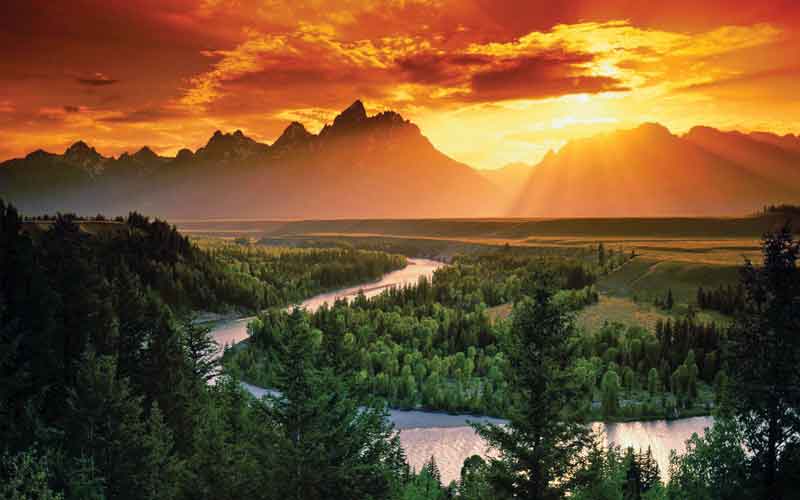 The National Park provides an amazing opportunity to be in contact with nature and wildlife. 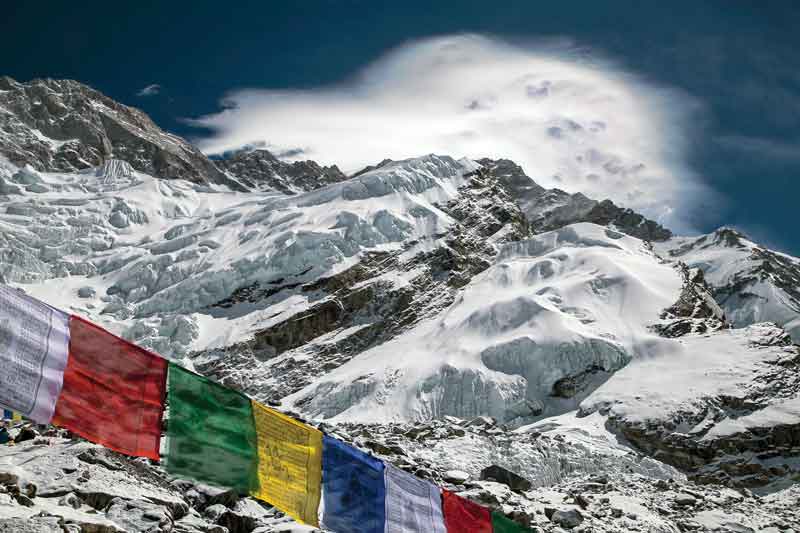 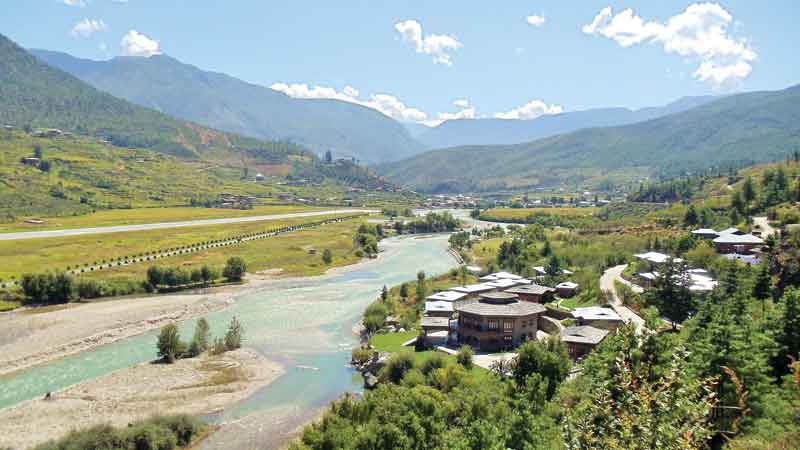 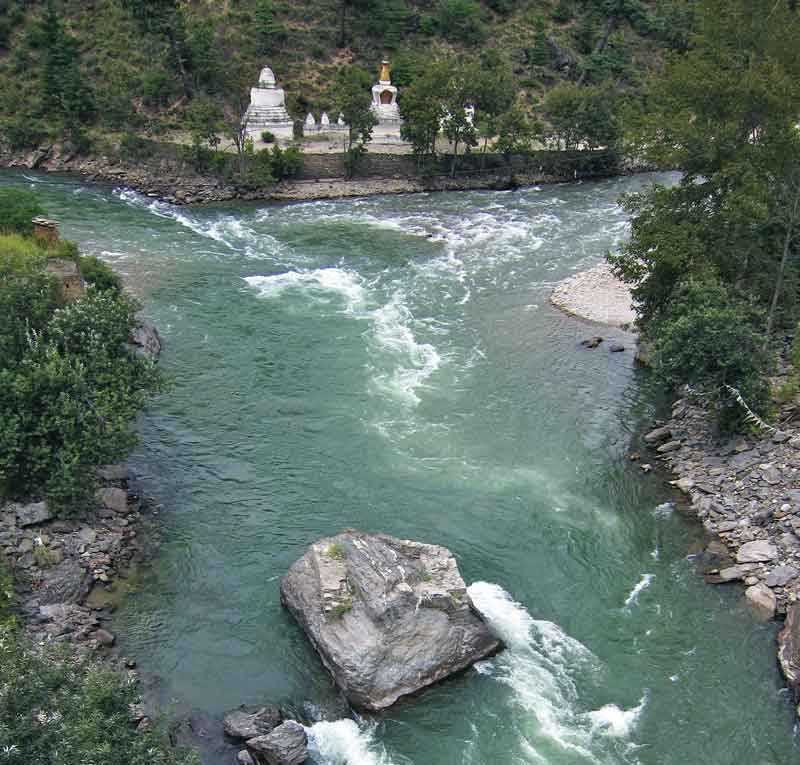 This natural reserve extends through five districts: Paro, Thimphu, Punakha, Wangdue Phodrang and Gasa. It borders the Tibetan Autonomous Region. Additionally, it provides a fundamental link to the Kanchenjunga Conservation Area in the northeast of India and eastern Nepal. There are healing hot springs in their lands. It is the home of 376 impressive glaciers; when they melt, they form lakes that flow into some of the most important rivers of Bhutan: Pachhu, Wangchhu, Pho Chhu and Mo Chhu, where they developed big hydroelectric projects to generate clean and renewable energy (not just for Bhutan; they export it to India as well), which compensates for 6 million tons of CO2 emissions into the atmosphere annually in their neighboring country.

The park is also one of the richest territories in cultural and biological diversity. Considered a conservation jewel of exceptional universal value by UNESCO, it is a haven for countless species in danger of extinction, both flora and fauna, as well as cultural heritage. Around 6,000 people organized in semi-nomadic communities inhabit the park, living for centuries in perfect harmony with their natural surroundings. Each community has its own culture and dialect.

Located on the outskirts of the mountains, there are several relevant sites such as the Chagri Dorjeden Monastery, home of the first monastic orders of the country, built in 1620 by Tibetan holy man Shabdrung Ngawang Namgyal. The Lingzhi Dzong (1667-1680) is located 4,150 m high, and because of this, it provides a perfect viewpoint toward the region that separates Bhutan from Tibet. And lastly, Gasa Dzong—also known as Gasa Tashi Tongmön Dzong—served as defense headquarters during the 17th century. 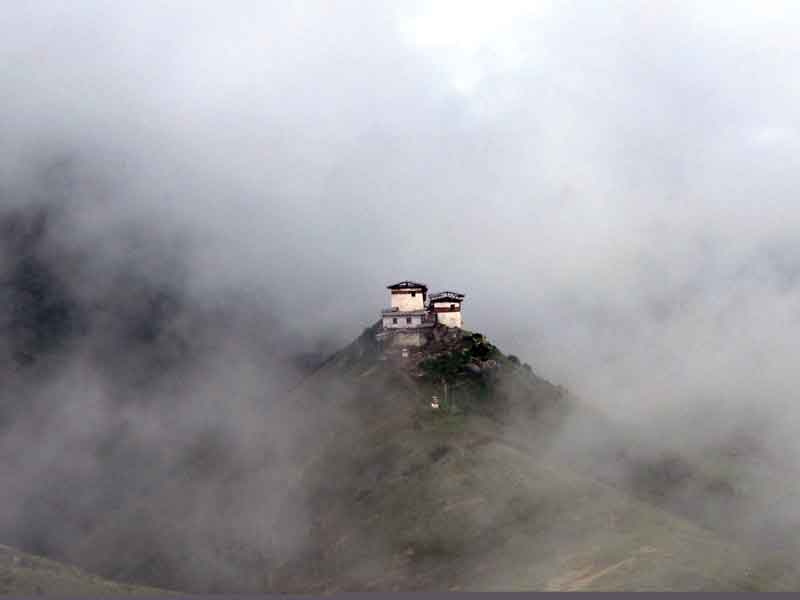 The area Lingshi and the Dzong (Monastery and fortress) is the former centre of the secular and spiritual authority. 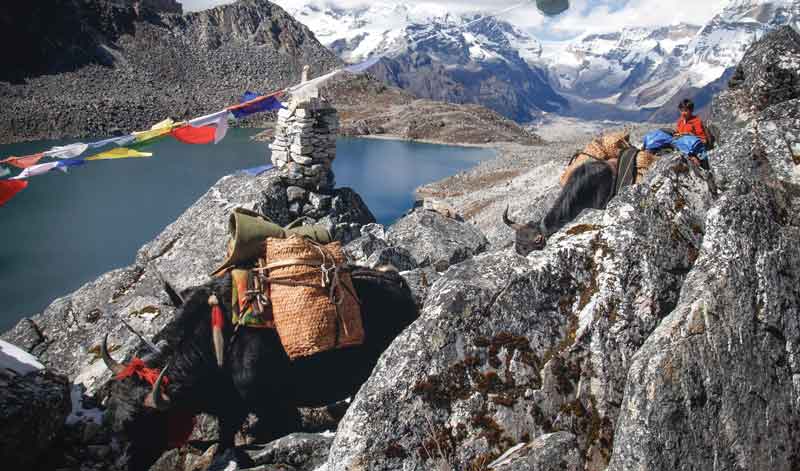 About 6,000 people of semi-nomadic tribes have lived in harmony with their environment for centuries. 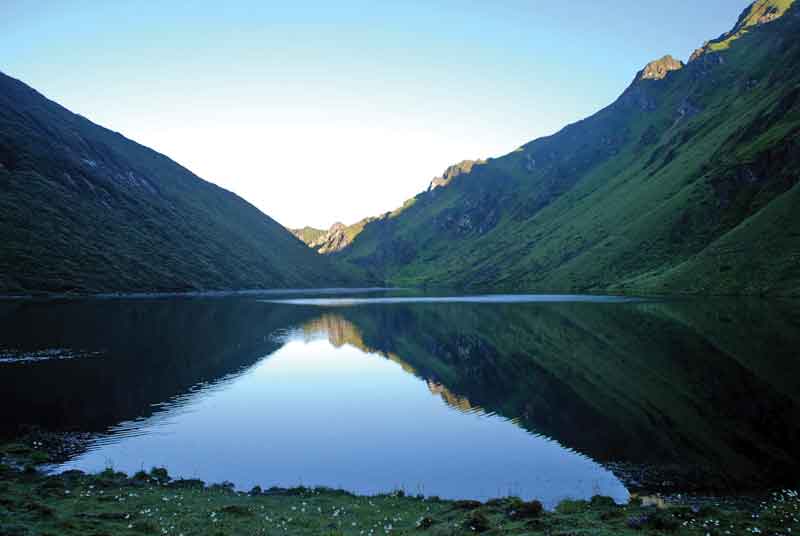 This Park is the watershed of four great rivers in Bhutan. 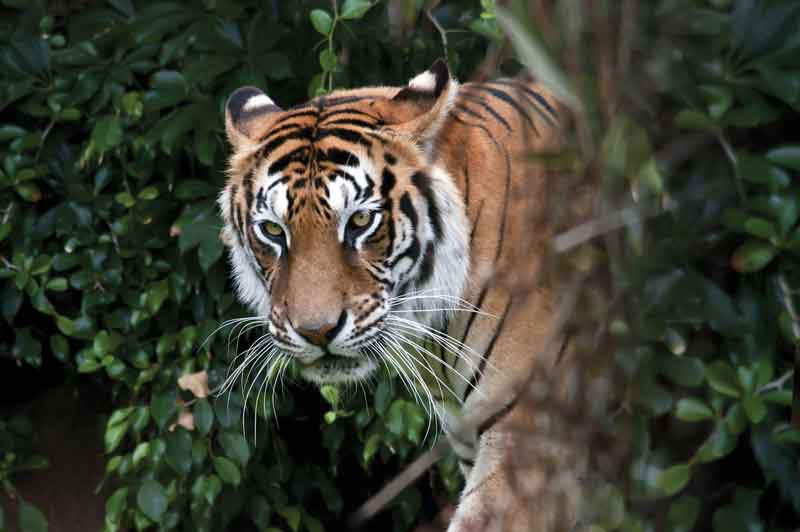 It is the only place in the world where the Royal Bengal Tiger (Panthera tigris tigris) and the snow leopard (Uncia uncia) coexist. The Takin (Budorcas taxicolor whitei) also inhabits this territory; it is a mythical animal, endemic to this area. Other worldwide threatened species, which have found a true haven here, are:

the black-necked crane (Grus nigricollis), the Asian black bear (Ursus thibetanus, also known as the moon bear and white-chested bear), the bharal (Pseudouis nayaur), the Alpine musk deer (Moshcus chrysogaster), the Himalayan marmot (Marmota himalayana), the Asiatic elephant (Elephas maximus), and the red panda (Ailurus fulgens), the smallest of its family species. But there are many more animals that enjoy the freedom of living in their natural habitat in this sanctuary.

There is also a mythical flower: the Meconopsis (Meconopsis grandis), often referred to as the only poppy in the world that is truly blue, so rare to witness, that its existence is considered a myth in the Himalaya.

Although Bhutan is notably mindful of its environment, it hasn’t exempted the nation from suffering the threats from global climatic change; this has resulted in a rise in flooding, and the retraction of glaciers in the park. Caretakers constantly watch out for damages caused by urbanization, the construction of roads, trash from picnic areas, poachers and collectors, among others. 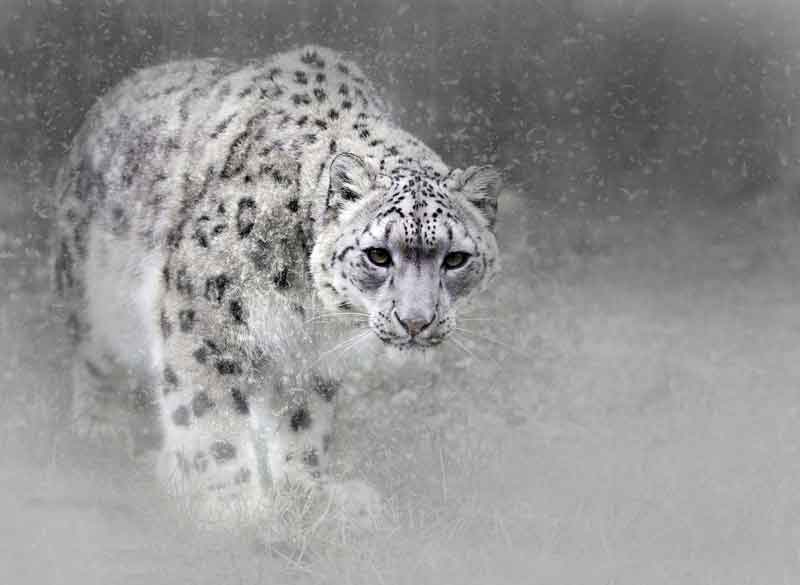 The snow leopard (Uncia uncia) is adapted to live in the cold environments of the Himalayas. 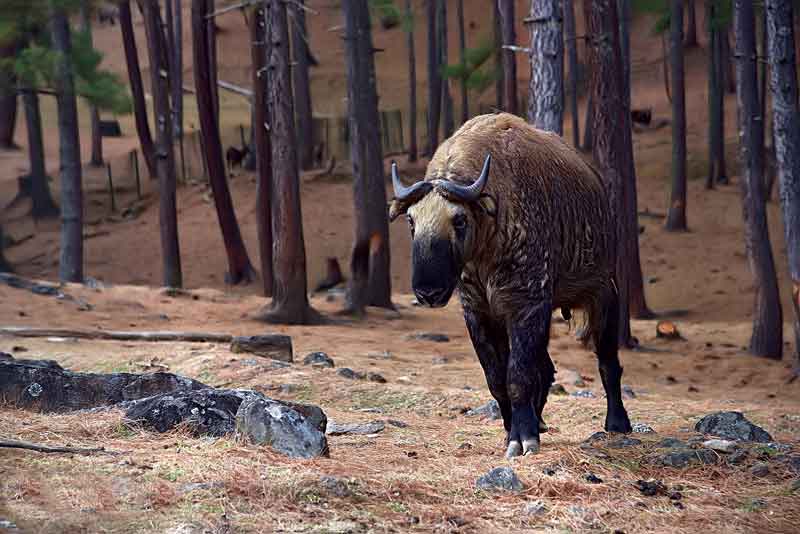 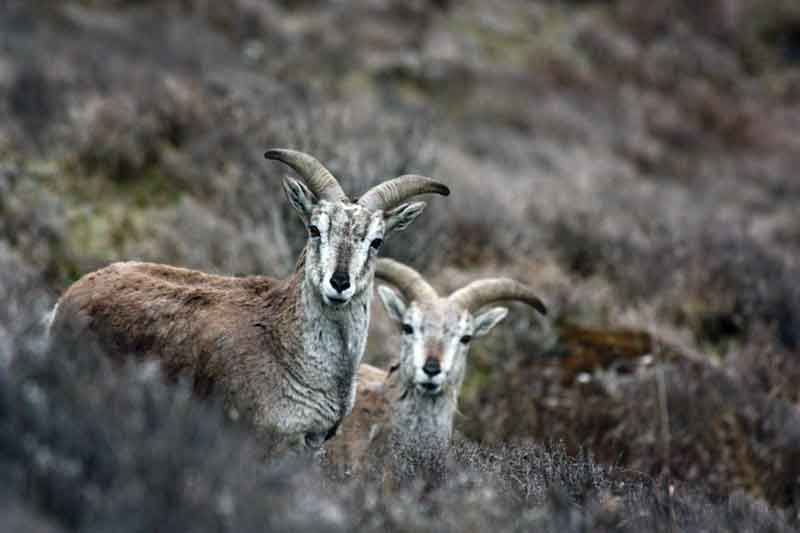 This place is an extraordinary example of a rich biodiversity. 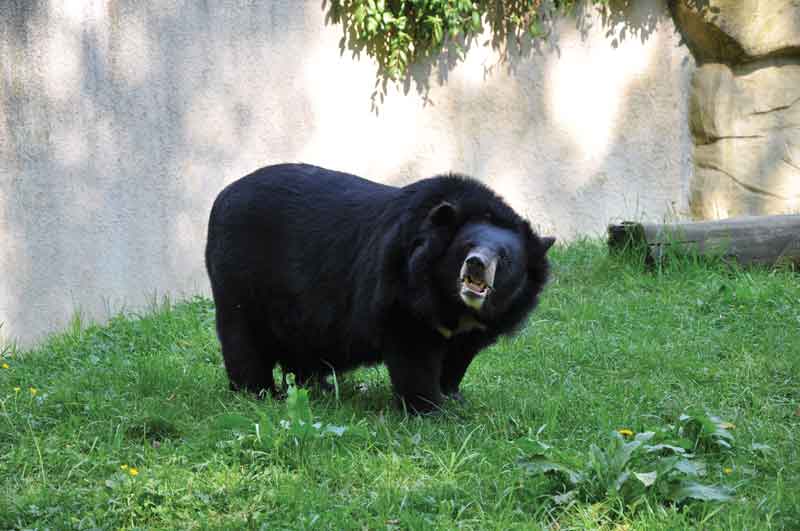 The Asian Black Bear (Ursus thibetanus) can also be found in others countries of Asia. 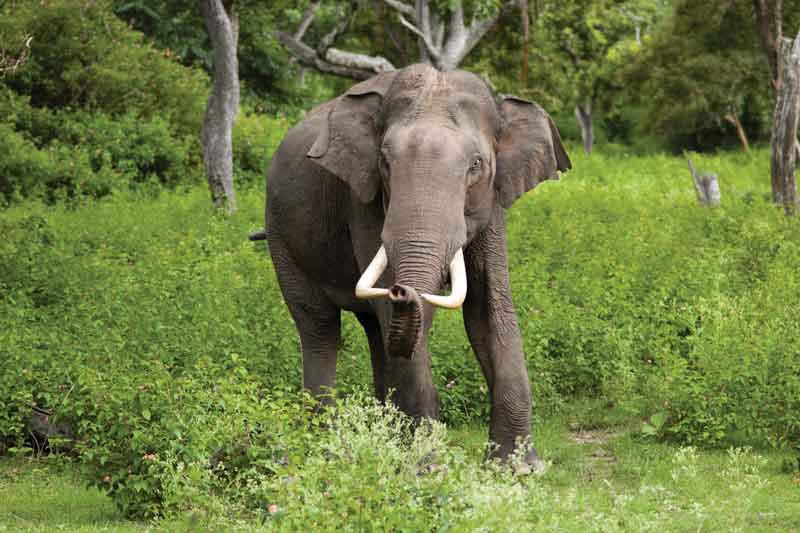 The Asian elephant (Elephas maximus) is the largest mammal of the Asian continent. 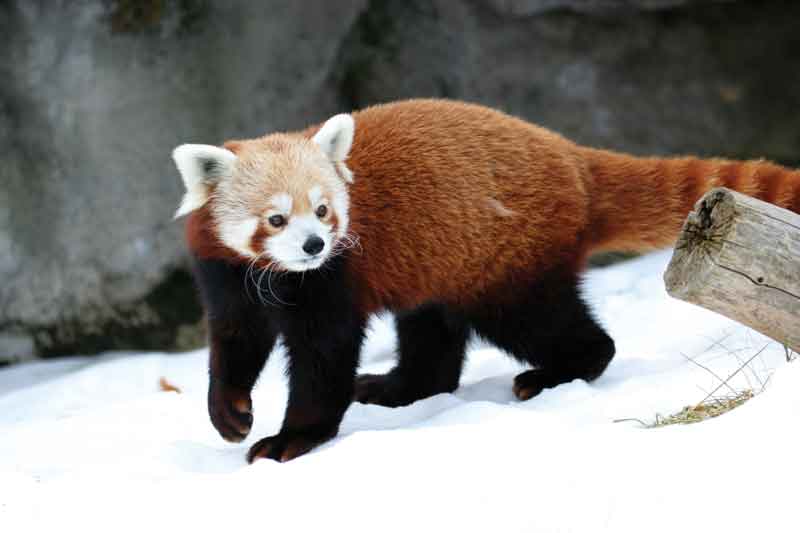 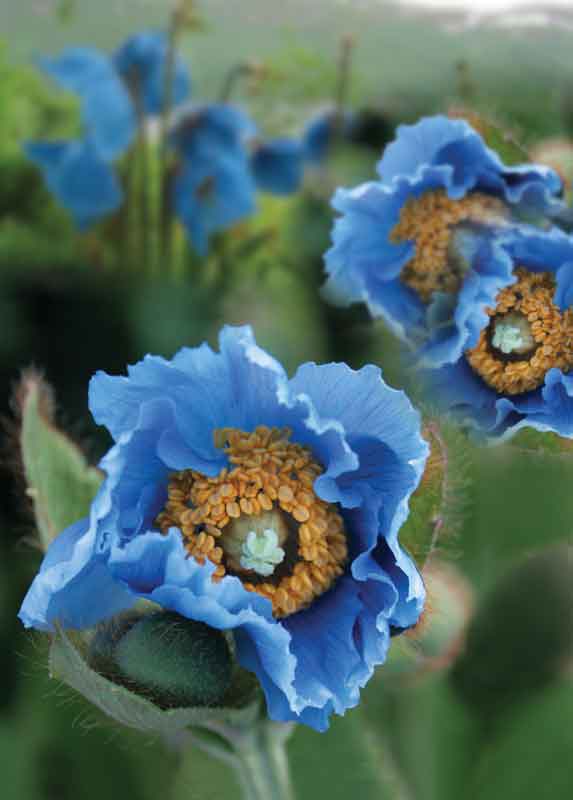 The mythical “Blue Poppy of the Himalayas”.