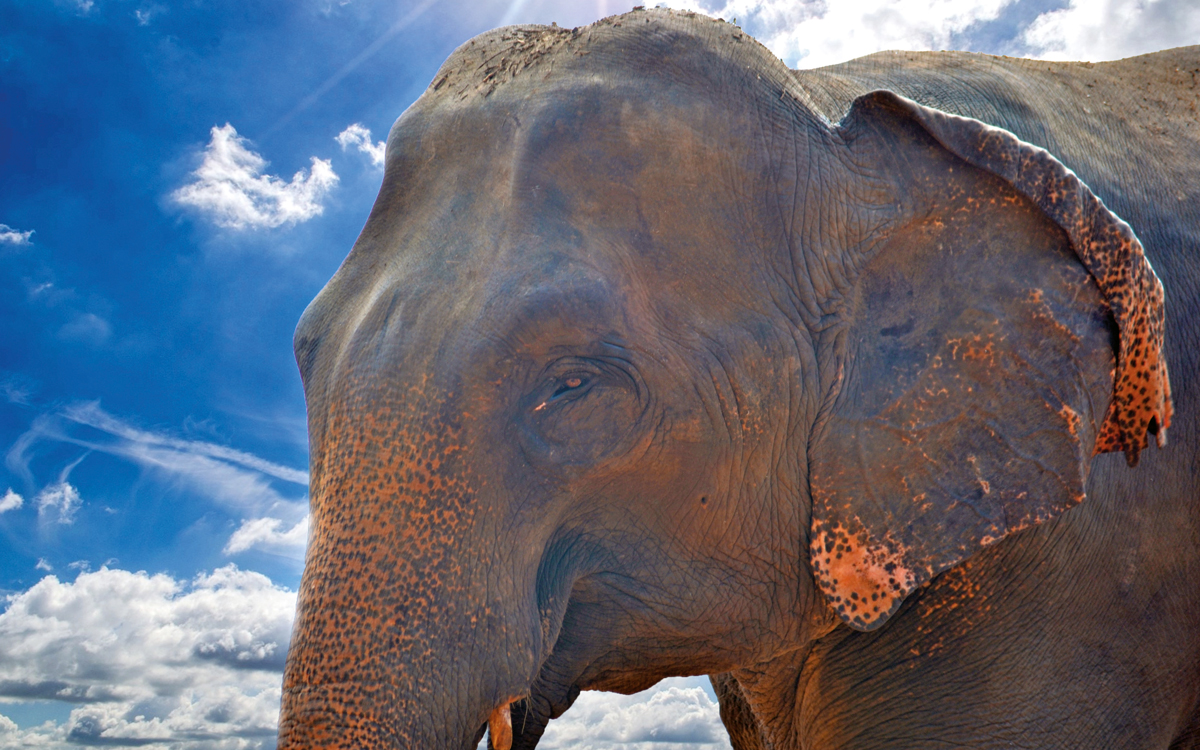 The Future of Animals is  in Nature

The elephant has sacred and magical connotations in different religions and mythologies. Hindus identify it with Ganesha—the beginning, the end and the wisdom. In Cambodia, and other Asian countries, some believe that it brings rainfall and good harvests; additionally, it is the god of storms. In yoga, it is related to the Mūlādhāra Chakra, which dominates the true center of earth’s multiple directions. Buddhism considers it an instrument of action and blessing from heaven—a symbol of strength and physical, mental and spiritual power.

Elephants have a strong presence in Cambodian history and culture. They are represented in numerous stone carvings throughout Angkor. The inhabitants of Ratanakiri have domesticated and worked with them since the beginning of civilization. However, they are currently in serious danger of extinction, not only throughout the kingdom, but in many regions of the planet. 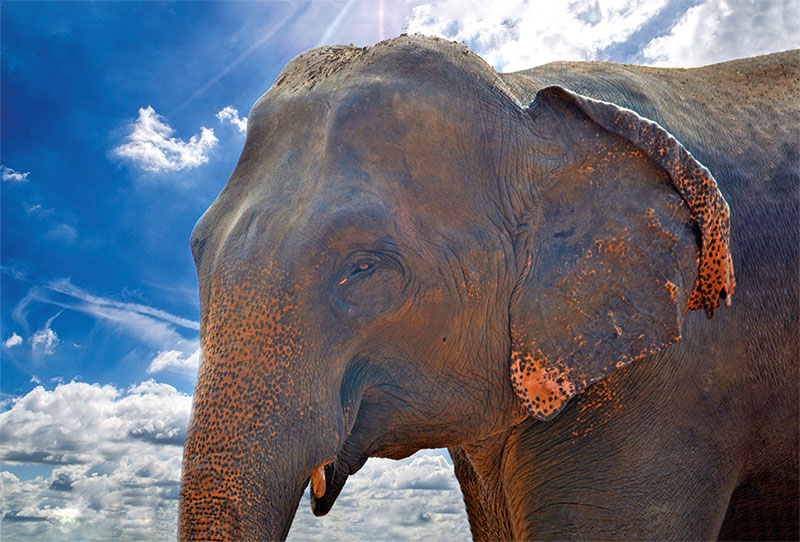 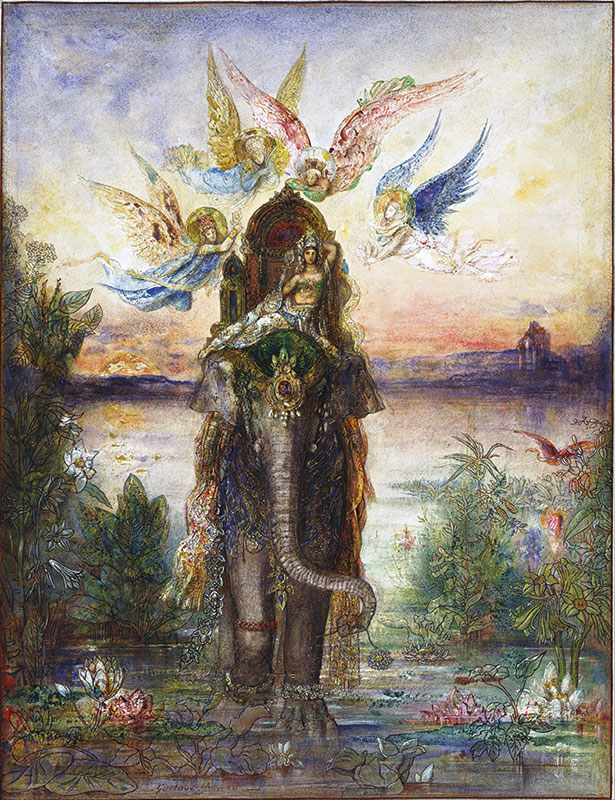 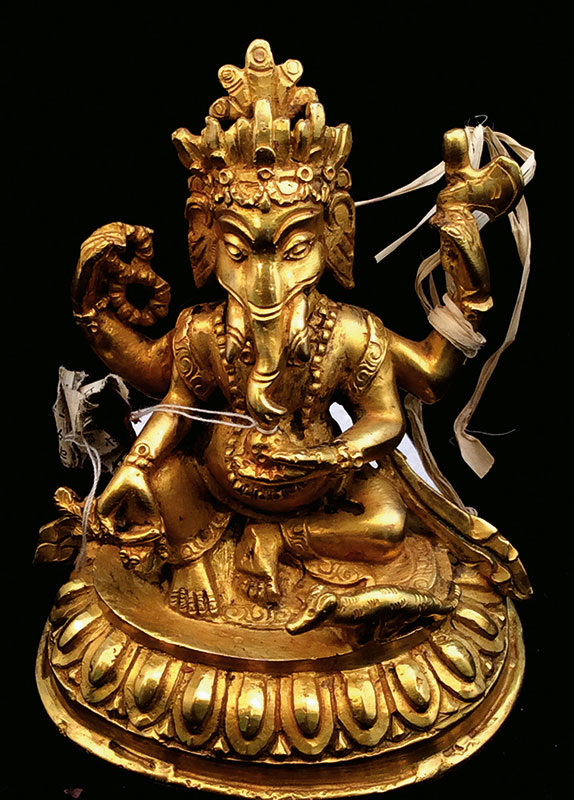 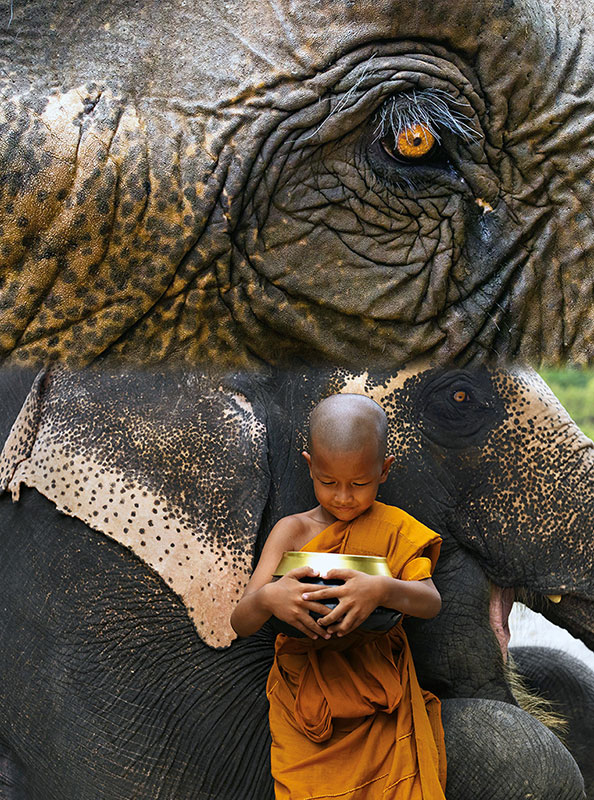 “Nature’s great masterpiece, an elephant; the only harmless great thing.”

For 10 years, the Kingdom of Cambodia has worked hand in hand with other organizations to promote responsible tourism that allows visitors to interact with elephants without posing any threat to this superb animal. They have raised awareness in the communities and ethnic groups so that they recognize the advantages of coexisting with them in a friendly manner, and, above all, the importance of preserving their natural environment. Different areas and conservation programs have been created in the country. 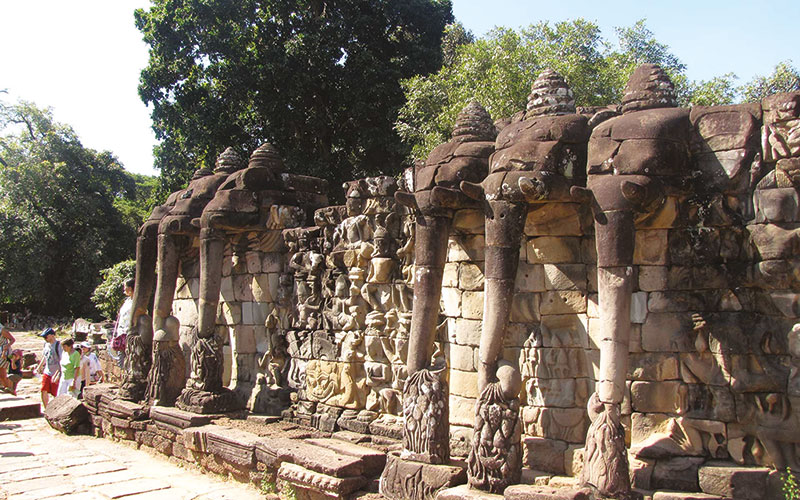 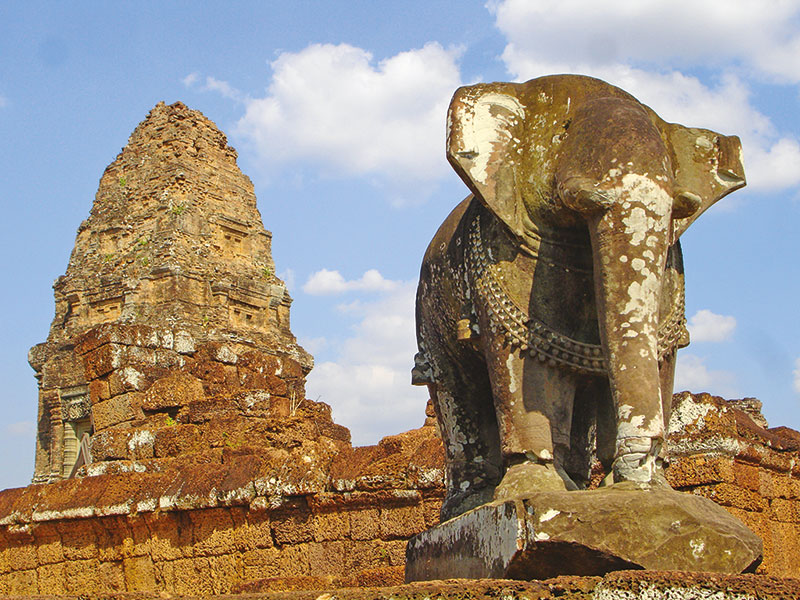 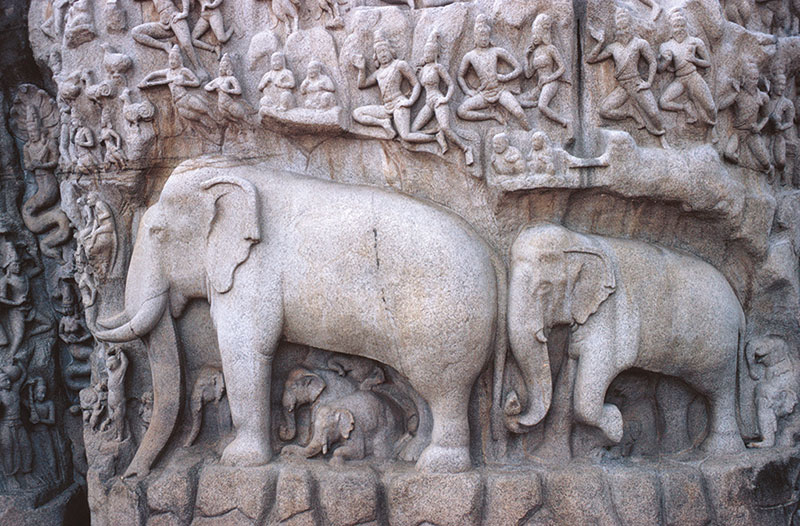 The Ethos sanctuary is located in the Mondulkiri Province; it spans 300,000 h of protected forest, out of which, 1,500 are destined to be home to the elephants. The program’s main goal is to allow elephants to live in a stress-free habitat. This process has taken 10 years, during which, routine treatments have been developed, with participating volunteers, and through which visitors are able to interact with the elephants in a responsible manner. The program’s main job is to make sure that nothing interferes with their feeding, and that they are not forced into activities that go against their nature, such as having people mounting them or swimming with them—usual conducts within traditional tourism, to which thousands of elephants are estimated to be submitted globally. 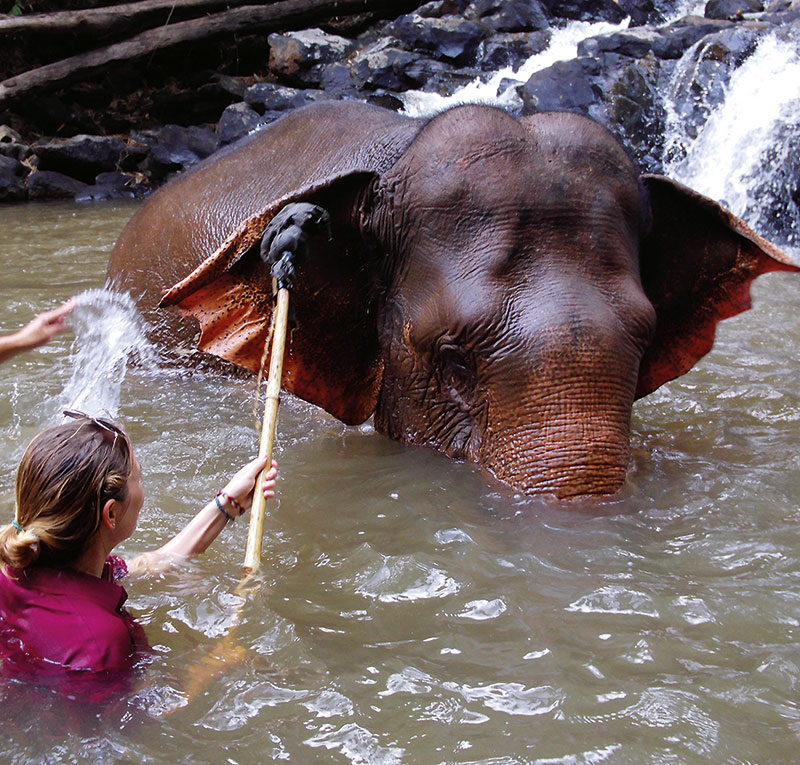 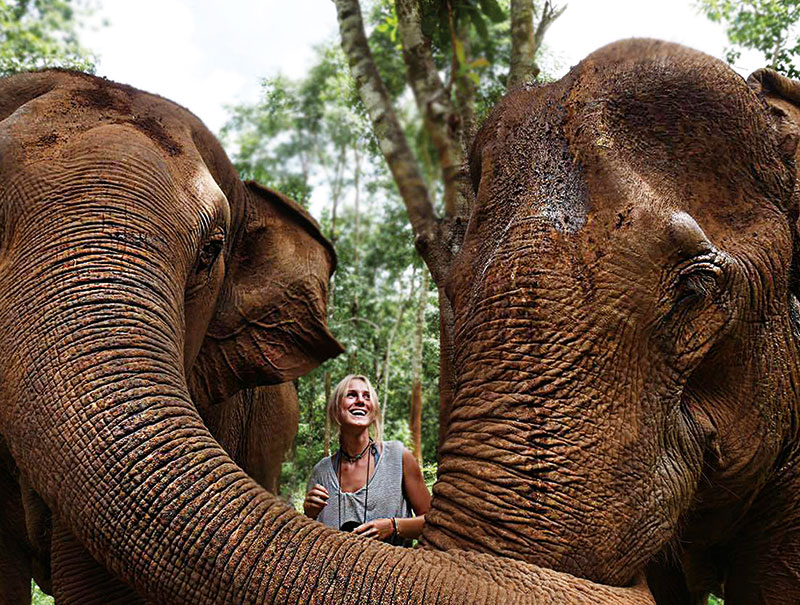 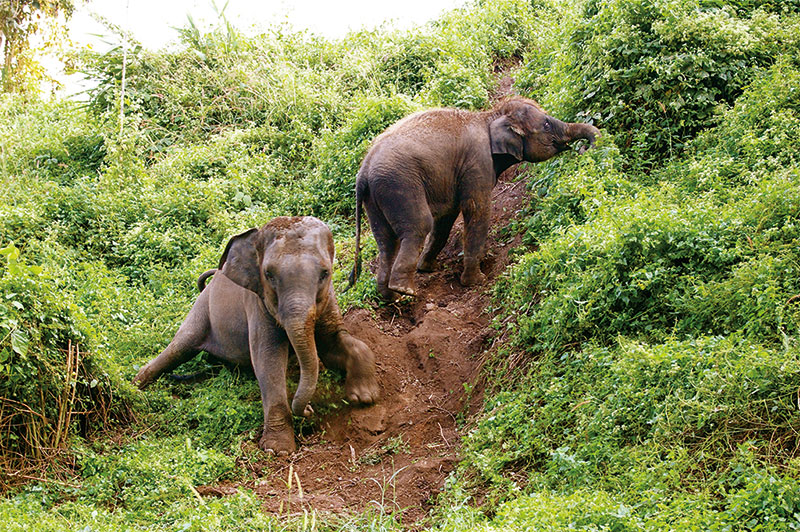 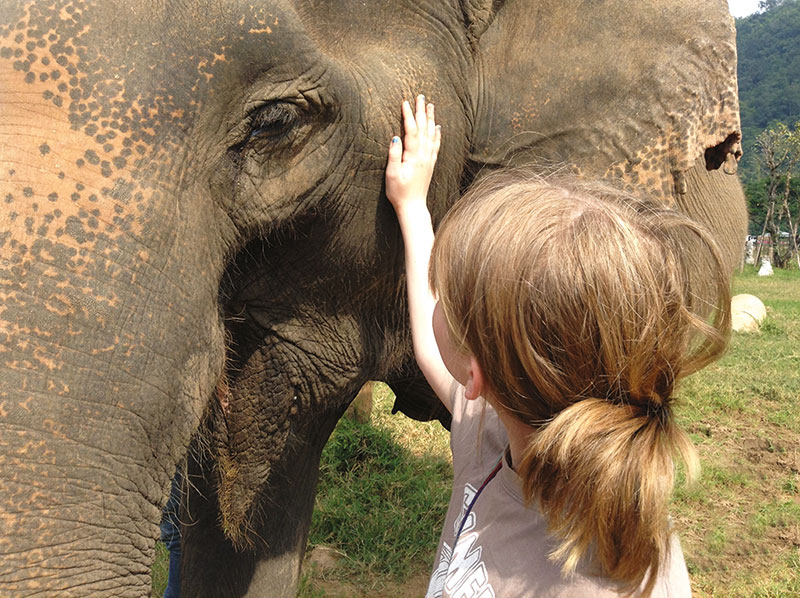 The sanctuary also aims to encourage the existence of herds in the wild, so they have invested in the protection of the forest so the last populations of wild elephants have a place to live in the country. It is estimated that there are 76 elephants living in captivity in the kingdom, a small number compared to other regions of Asia.

The Asian elephant continues to be an important part of the belief system and culture of the population of Bunong, the park’s neighbors, who believe that these animals have a connection to the spirits of the forests, mountains and the houses themselves. Villagers think that raising elephants in captivity is bad luck. The park offers these people the possibility of allowing their elephants in sanctuary territory where they can feed and live freely.

The sanctuary is governed by the “five freedoms of animal welfare”: 1. Freedom from hunger and thirst. 2. Freedom from discomfort: appropriate environment with ease and freedom of movement. 3. Freedom from pain, injury or disease. 4. Freedom to express normal behavior: providing sufficient space and proper facilities. 5. Freedom from fear and distress: the ability to seek privacy and absence of forced contact with human beings.

The sanctuary, along with its rescue and conservation program for wild elephants, works closely with the Wildlife Conservation Society (https://cambodia.wcs.org/) and the Cambodian Forestry Administration (theredddesk.org/countries / actors / forestry administration-cambodia). It is estimated that at present, the population of elephants in the wild is between 120 and 140 individuals. They also work in partnership with the Cambodian Wildlife Sanctuary 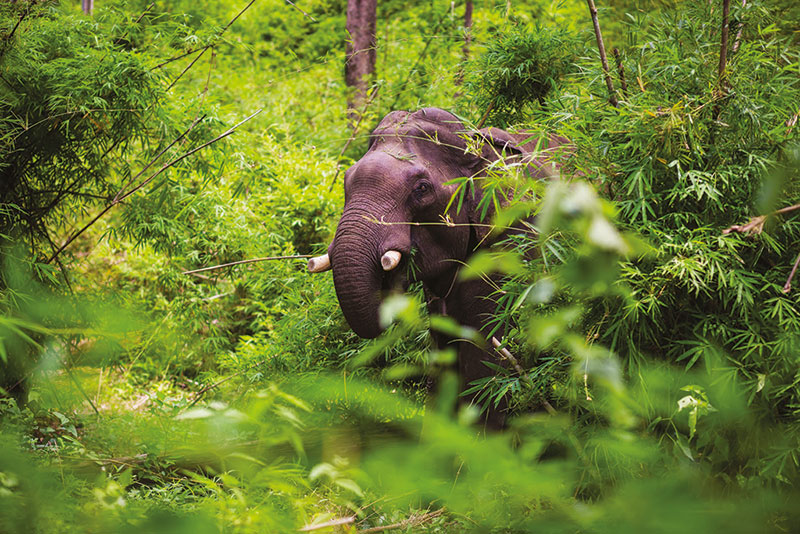 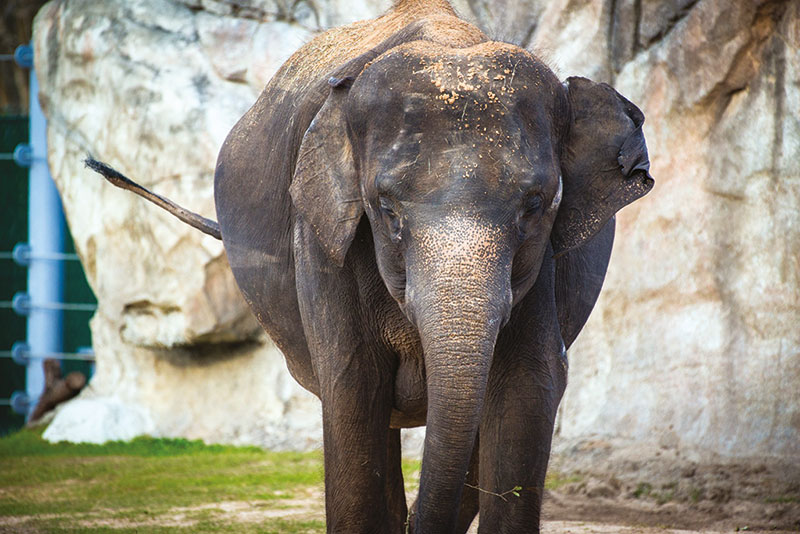 This reserve is associated with the sanctuary of Cambodia; it is a center of elephant rescue and rehabilitation in the north of Thailand that has been involved in the creation of a prosperous elephant herd, which nowadays is comprised of forty individuals—the reserve protects other animals as well. Volunteers and visitors collaborate in the rehabilitation of this species.