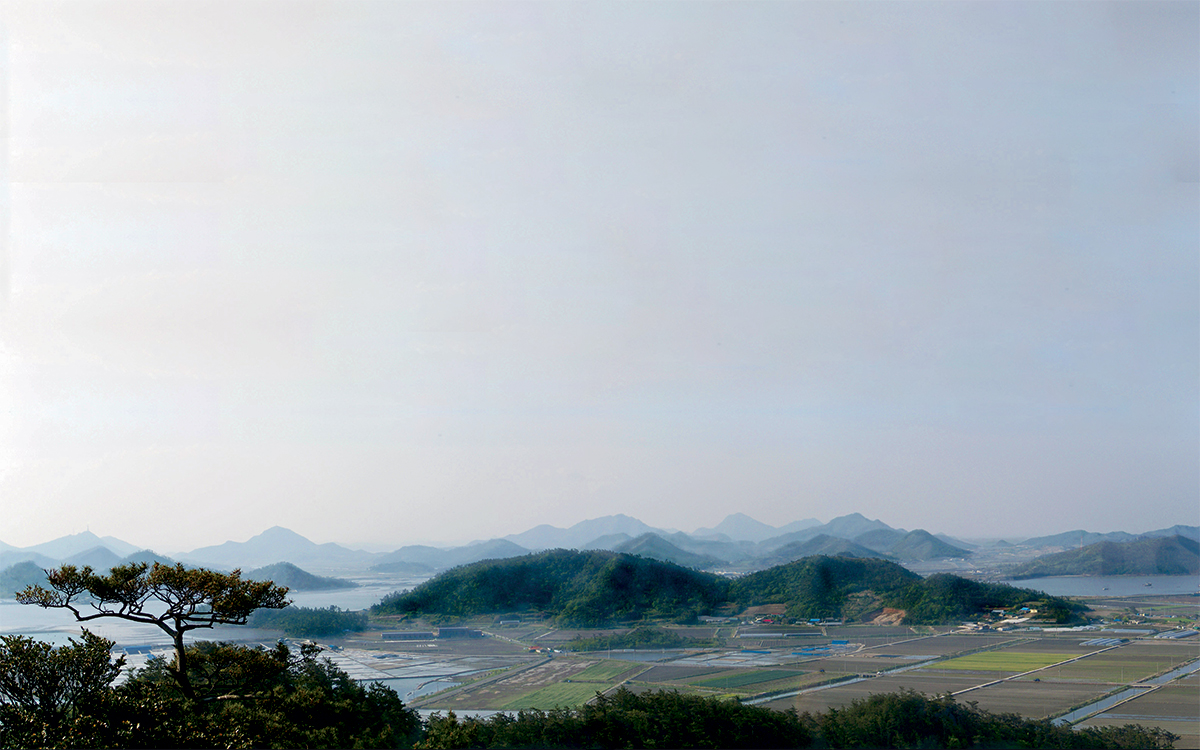 A HIDDEN GEM IN THE YELLOW SEA

Welcome to Dadohaehaesang, the largest natural park in South Korea. These islands and the sea that surrounds them, full of mythical stories, are characterized by their biodiversity. The park is widely recognized by the 1,541 plant species and 1,221 animal species that you can find in its 2321.5 km2. Most of this territory is sea—with only 334.8 km2 of land—which is mostly com-prised of islands; the majority of them are uninhabited, and the inhabited ones have very low population rates.

Dadohaehaesang Park covers around 1,700 small and large islands. Geomundo, Mokpo, and Wando stand as the connection to the other more touristic ones. Daily ferries depart from these islands and make stops in almost every inhabited land of the park. 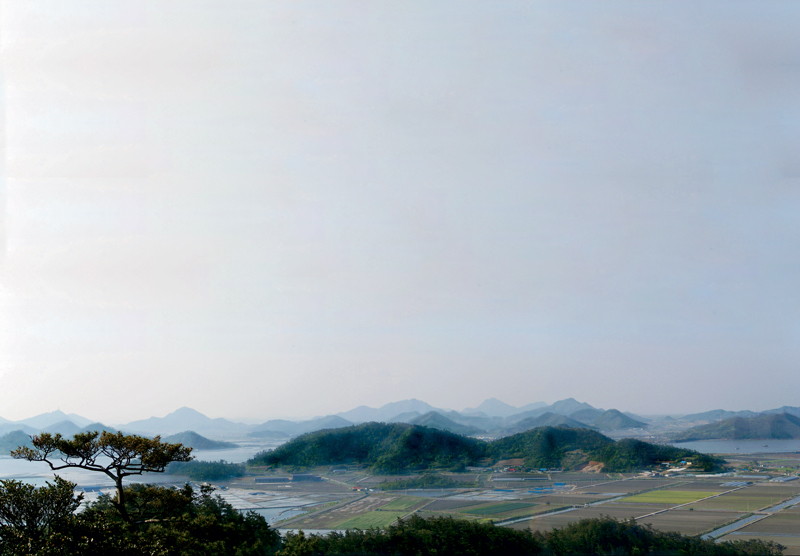 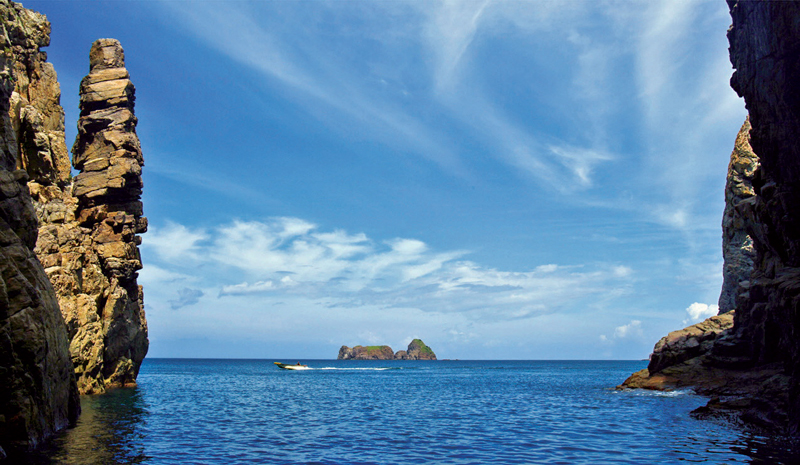 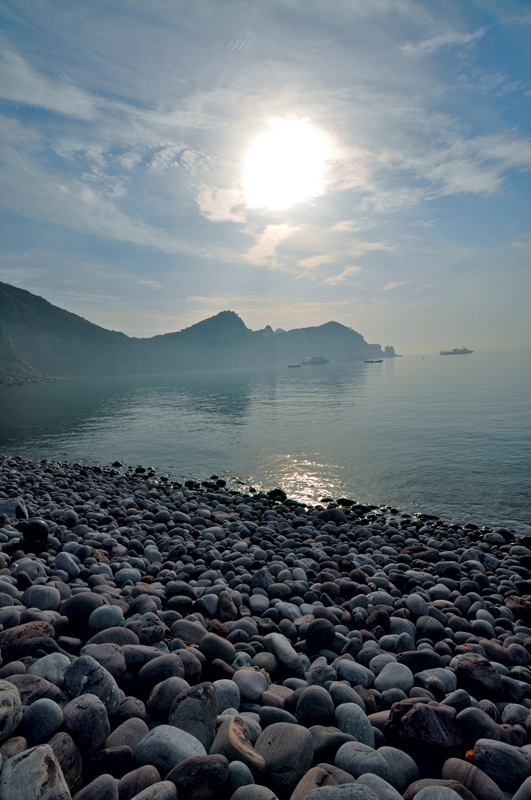 The most touristic ones are Hongdo, Heuksando, and Baekdo—the first two are part of the Shinan Dadohae Biosphere Reserve and the latter is uninhabited. Tourism is important for the conservation of the species it protects; it presents an opportunity to explore its history and culture with endless adventures that you can experience, while contributing to preserve the environment.

Heuksando Island is the largest one in this list with an area of 19.7 km2 and approximately 3,133 inhabitants. There is a road that circles around the entire island—very similar to the ones in Monaco—which can take you to the main tourist attractions by bike or scooter to see the magnificent views from the top of the mountains. If you are a trekking enthusiast, there are several tours on this island that will guide you to the right spots where you can get in contact with nature and the island’s biodiversity. You can also enjoy the tranquility of Baenangkimi Beach. 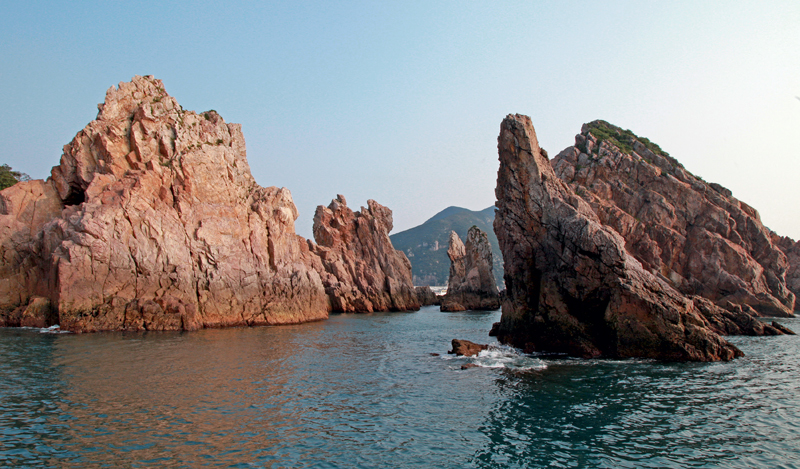 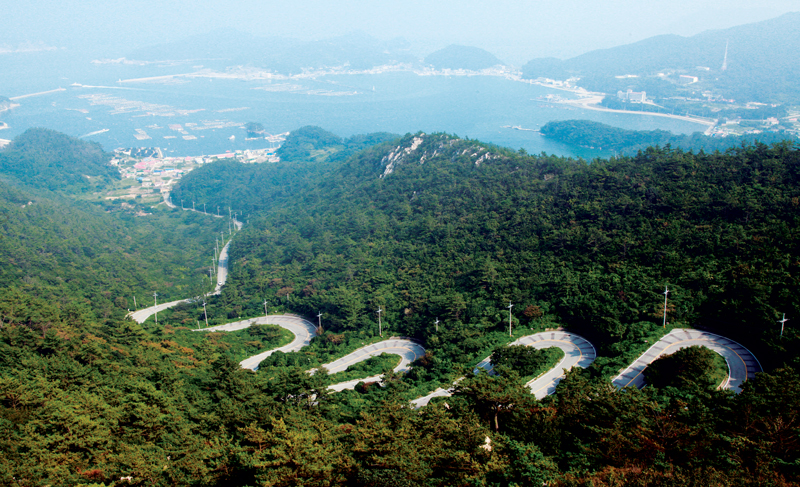 Hongdo Island, or Red Island, is about an hour from Heuksando, and was declared a Natural Monument in 1965. In fact, many areas are restricted to the public; as a tourist, you can only visit the villages and a few hiking paths. The island is the home of approximately 710 people. You can only access the island by sea, there are no cars, and you don’t see many motorized vehicles. We recommend going on a boat tour around the island to see all the stunning views from the sea that go from evergreen forest to cliffs, mounts and of course pristine beaches. The adventurous ones can also enjoy hiking tours inland.

Hongdo Island is a natural monument, which means you can’t, under any circumstance, take or alter any part of it. These rules are very seriously enforced, so be careful and respectful. 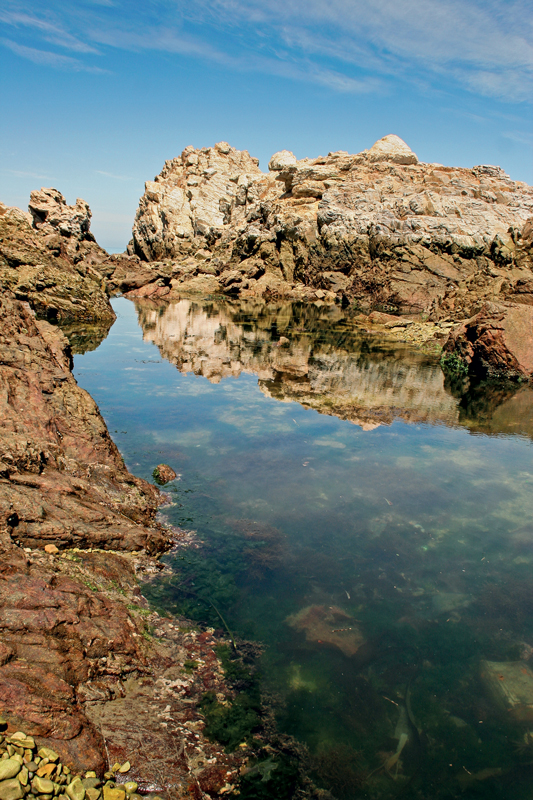 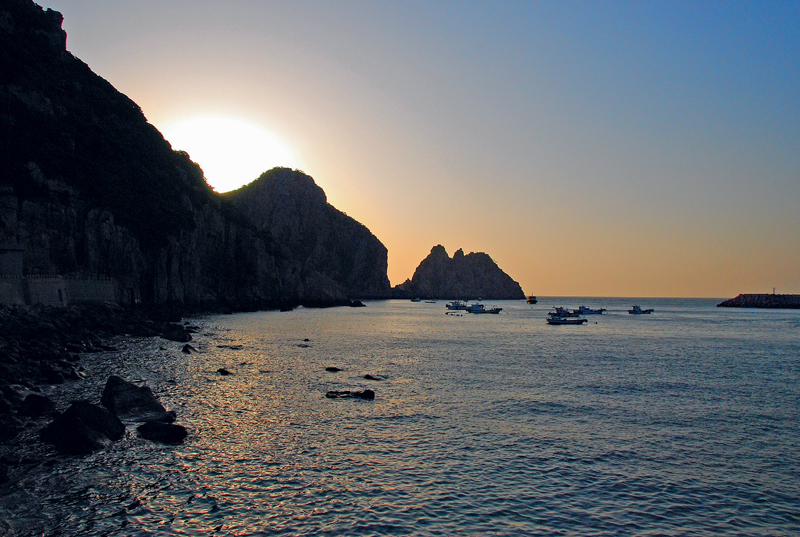 Baekdo Island is uninhabited, and it’s located 30 km away from Geomundo. You cannot actually set foot on this island because it’s mostly composed of rocky peaks. There are plenty of touristic cruises that depart from Geomundo Island and take you to see this magnificent place. Baekdo is famous for its stories, and locals say each of its 99 peaks has one legend of its own. One of the most popular peaks is Maebawi, worshipped by local fishermen. Locals believe that a god lives in Baekdo and that he protects the islands from people with impure minds to approach them. Whether you like local mythology or are just a fan of stunning views, you cannot miss visiting Baekdo Island in Dadohaehaesang National Park. 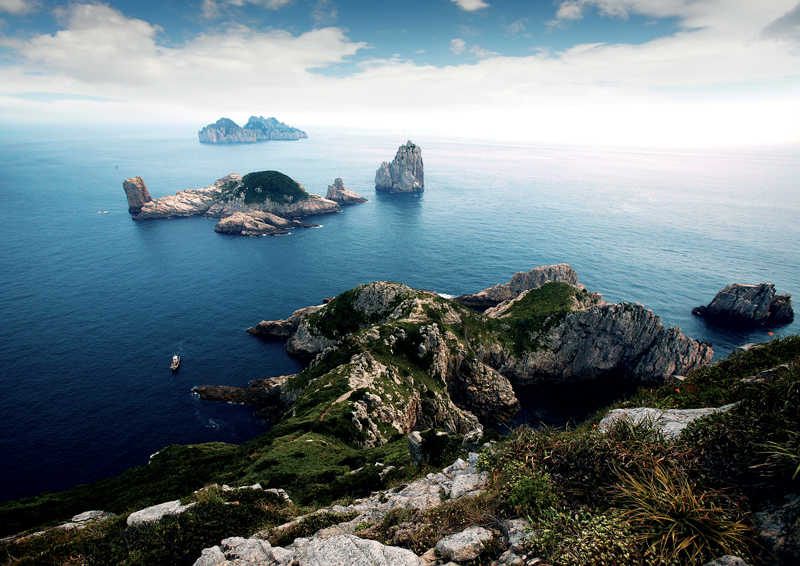 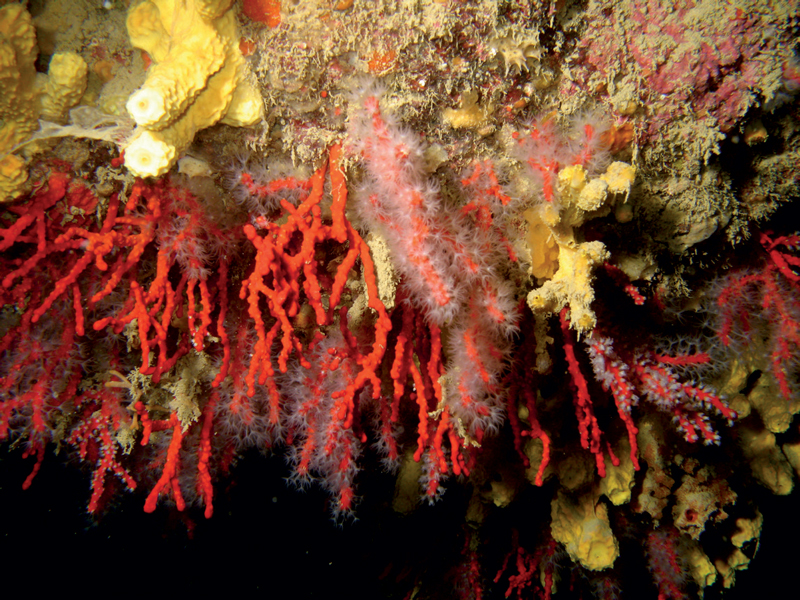 The park is a UNESCO Biosphere Reserve, and although this is a protected area, some species are in danger of extinction. Otters, snakes, orchids, the minke whale, and the sea coral are only a few of them.

Otters, an essential part of the ecosystem, are mostly found in large rivers; and like most predators, they have a significant role in keeping a balanced habitat. Due to dam constructions and water pollution, the otter population has drastically decreased in South Korea. Best case scenario, they are forced to migrate to other territories when human presence destroys their homes. The government has taken precautions to help recover the ecosystem by reducing water polluting. 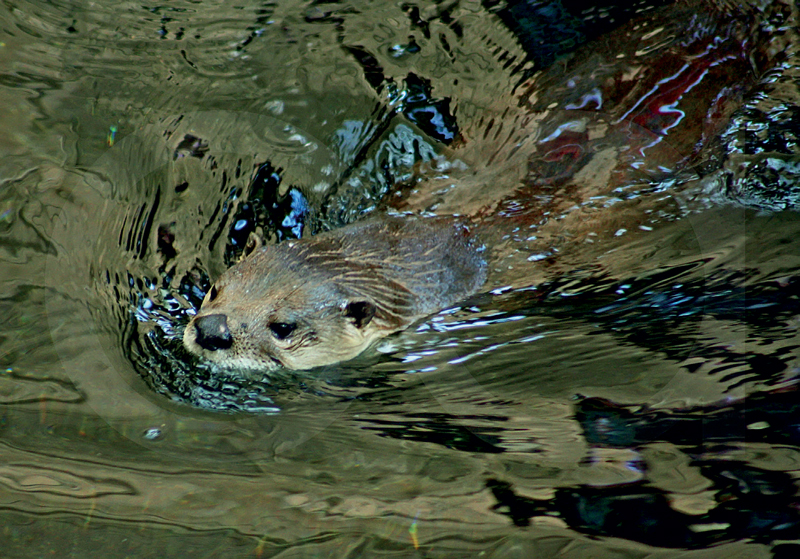 Even though in South Korea whale hunting is illegal, the Minke whale is very popular among hunting groups due to their dimensions and tender meat, sold to local restaurants and in the black market. In one year, more than 1,018 Minke whales were hunted before the South Korean government legally prohibited it. As a consequence, the Minke population went almost extinct in this country. Many local and international programs like the Whale and Dolphin Conservation are constantly fighting for the protection of this species. 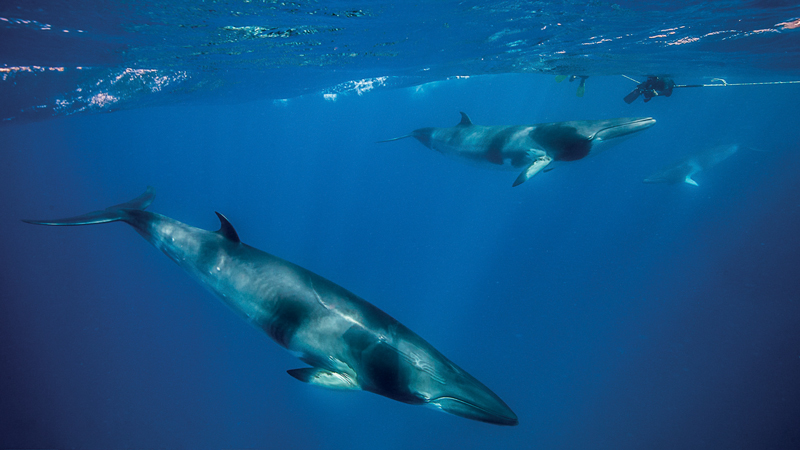 Hunting and breeding these bears for monetary purposes have become a big concern for the environment. These bears are almost extinct in South Korea. They are kept in “farms” in precarious conditions, to be “milked” for their bile—used in medicine. While the government is trying to keep this bear from extinction, their efforts are often met with apathy. In recent years, many of these farms have been closed and the bears released into the wild; however, there’s still much to be done. 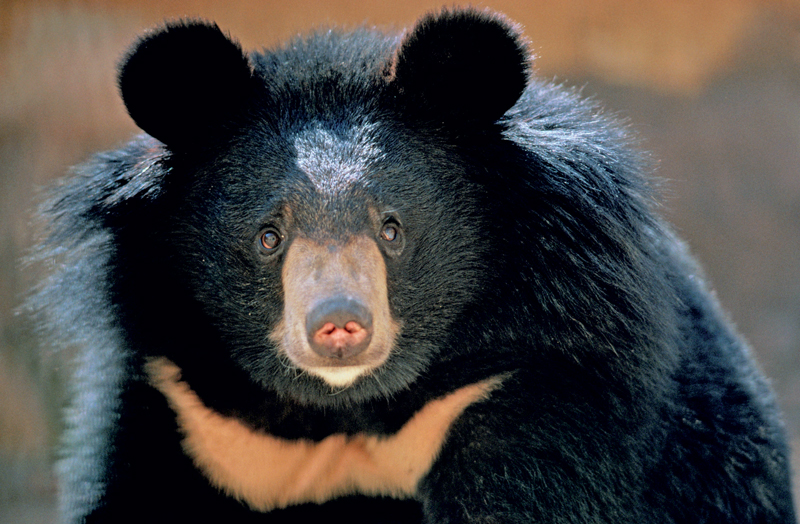