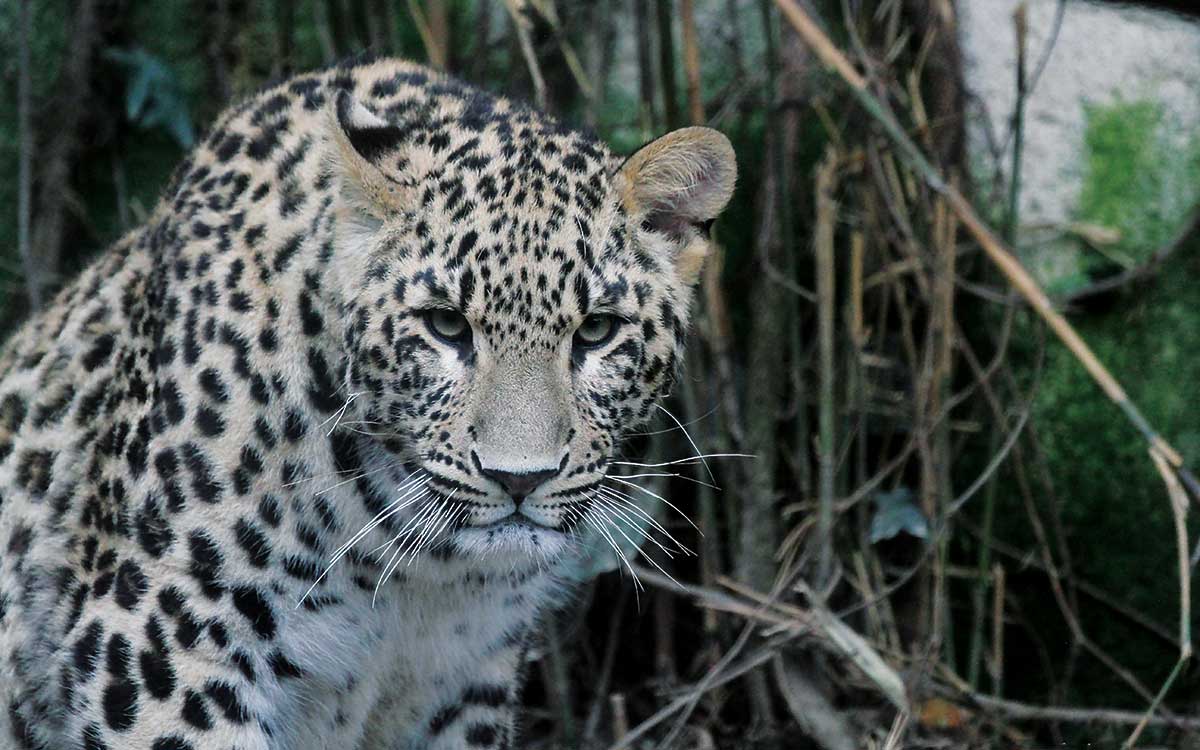 The Alborz and Zagros mountain ranges are home to the mighty Persian leopard, the largest and rarest of its kind. Smaller populations can be found in Afghanistan,Turkmenistan, Georgia, Turkey, and the Russian North Caucasus. Occasionally, the leopard has been spotted in Pakistan, and Uzbekistan.

One of the eight recognized subspecies of leopards, they have short legs and a powerful and stocky frame. Their coats, ranging in color from pale yellow to a deep gold, is uniquely patterned with black rosettes on the back, flanks, shoulders, and haunches, as well as black spots and blotches on the head, throat, chest and belly. The tail, measuring between 60 to 75 percent of the head and body length, is used extensively for maintaining balance. The skull is large in proportion to the rest of the body. Moreover they have developed a powerful jaw to take down larger prey.

This species enjoys a broad diet and has been known to adapt to fluctuations in availability of prey. Depending on where it roams, the leopard will adjust to what the land has to offer. In Iran, Armenia and Turkmenistan, for instance, they will mainly hunt bezoar goats, wild boar, and wild sheep. They will do so using vantage points such as trees and rocky outcrops to locate prey. Then, once the prey has been identified, they will stalk their target until they are near enough to pounce. 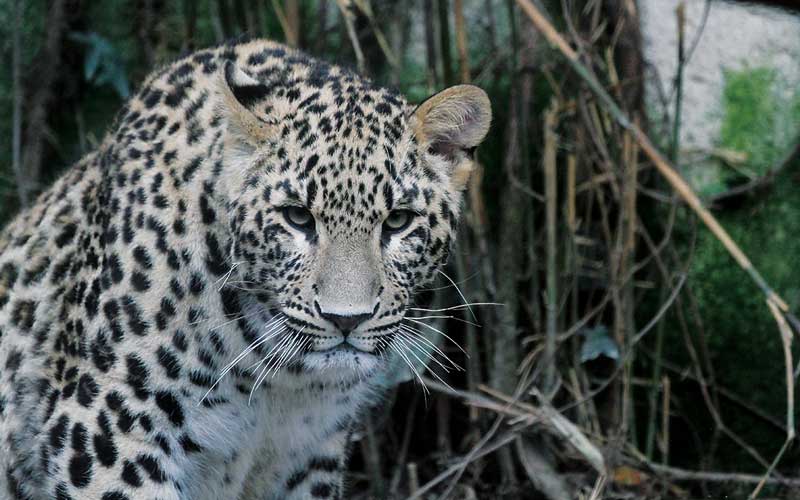 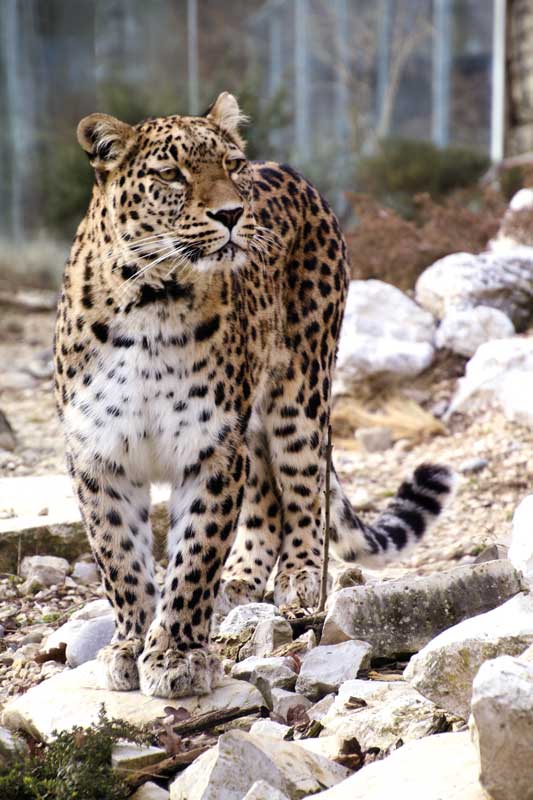 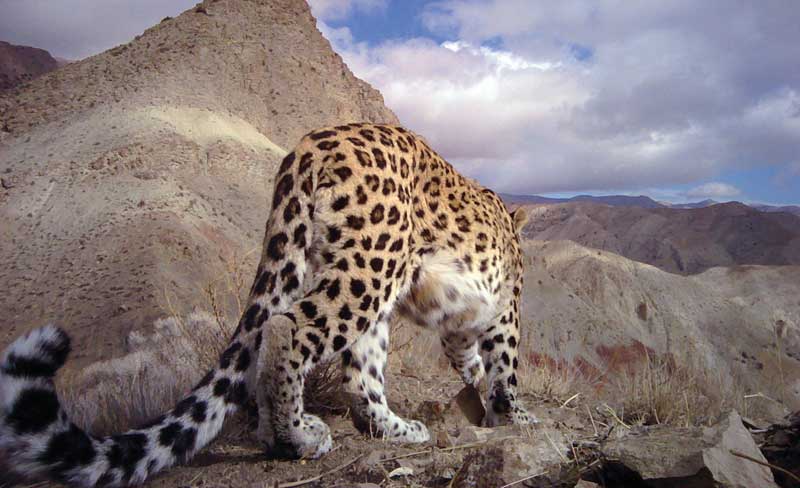 The Persian Leopard is known to be a nocturnal animal. However, in areas where larger predators such as lions and tigers are present, they have reportedly had to adjust to daylight hunting. And unlike the two aforementioned predators, the Persian Leopard is less concerned about concealing prey.

Highly territorial, the Persian Leopard defines its boundaries in numerous ways: ground scraping, urine spraying, and tree scratching. Males tend to be solitary, but have been known to accompany females for short periods of time after mating. One to four cubs are usually born after a 90 to 105 day gestation period. Cubs become independent 13 to 18 months after birth, and typically live for 10 to 15 years, and even as long as 20 in some cases.

A large geographic range equates to low overall population size, regrettably. There are an estimated 1,300 Persian leopards left in the wild in increasingly small and fragmented populations. Moreover, an ever-increasing human presence has become a major source of concern. In southwest Asia, where its numbers were widespread, hunting, habitat destruction, and lack of prey have driven them to near extinction. Fur trade in Afghanistan, coupled with ongoing civil unrest, exacerbated the plight of these cats. The growing number of livestock in Iran has forced locals to shoot or poison leopards.

Spreading or thinning out their population size further could see the numbers of Persian leopards fall below a sustainable threshold. As such, it is now classified as Endangered on the IUCN Red List. Without targeted conservation efforts, the leopard faces a very real threat of extinction in the wild. Despite Iranian, Armenian, and Georgian efforts to develop strategies such as biological data research, enlargement of existing protected areas, and maintenance of habitat corridors, much more work is needed to raise public awareness, and to educate local communities on the plight of the leopard. As of 2018, 112 leopards are kept in captivity to increase their numbers, while Turkmenistan has made efforts to reintroduce pairs of male and female leopards into the wild, hoping that their cubs will learn survival skills and thrive in these protected areas. 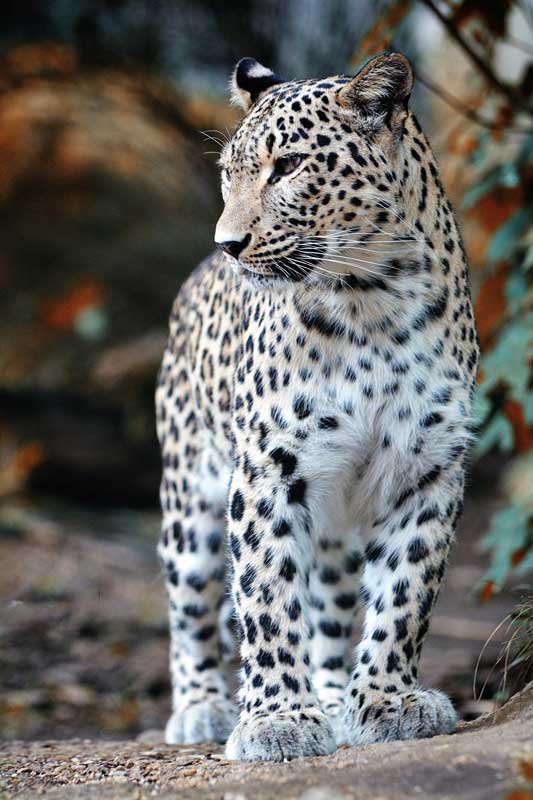 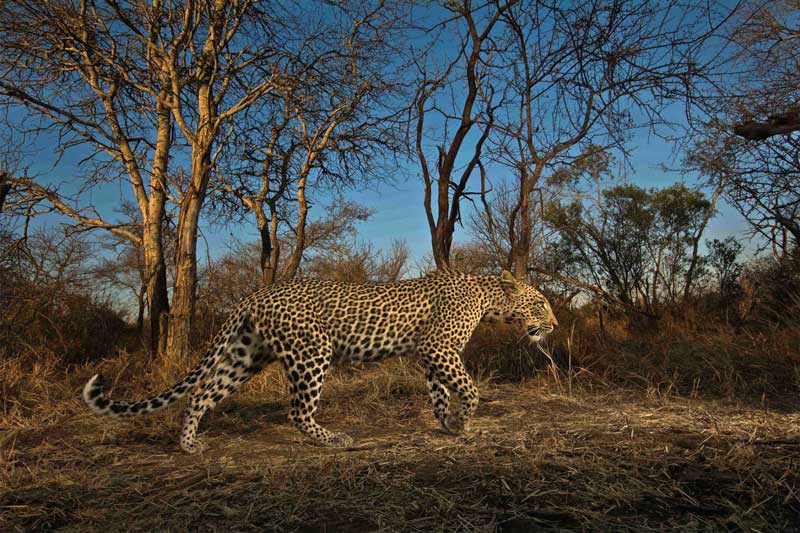 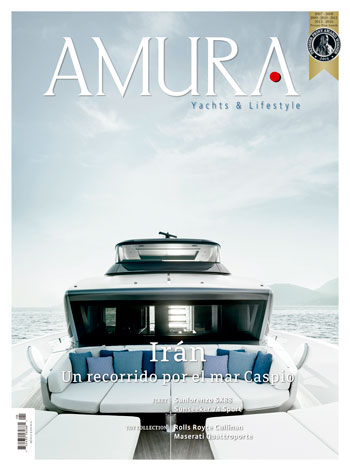